The World Congress of Information Technology (WCIT) kicked off in Armenia on October 7 – one of the most important international forums in the field of hi-tech, as its participants are top managers of leading global companies.

The congress has taken place since 1978.  Since 2017, it takes place annually.  This year it was decided to hold the congress in Yerevan.

The Yerevan forum is attended by 2,500 specialists from 70 countries interested in developing the field. For three days they will discuss current trends in the development of information technology, as well as the impact of these technologies on the life of the modern individual, on profit and welfare, reliability and security.

Ministers of 23 countries which occupy leading positions in the field of information technology are also in attendance.

Stars and celebrities of the forum 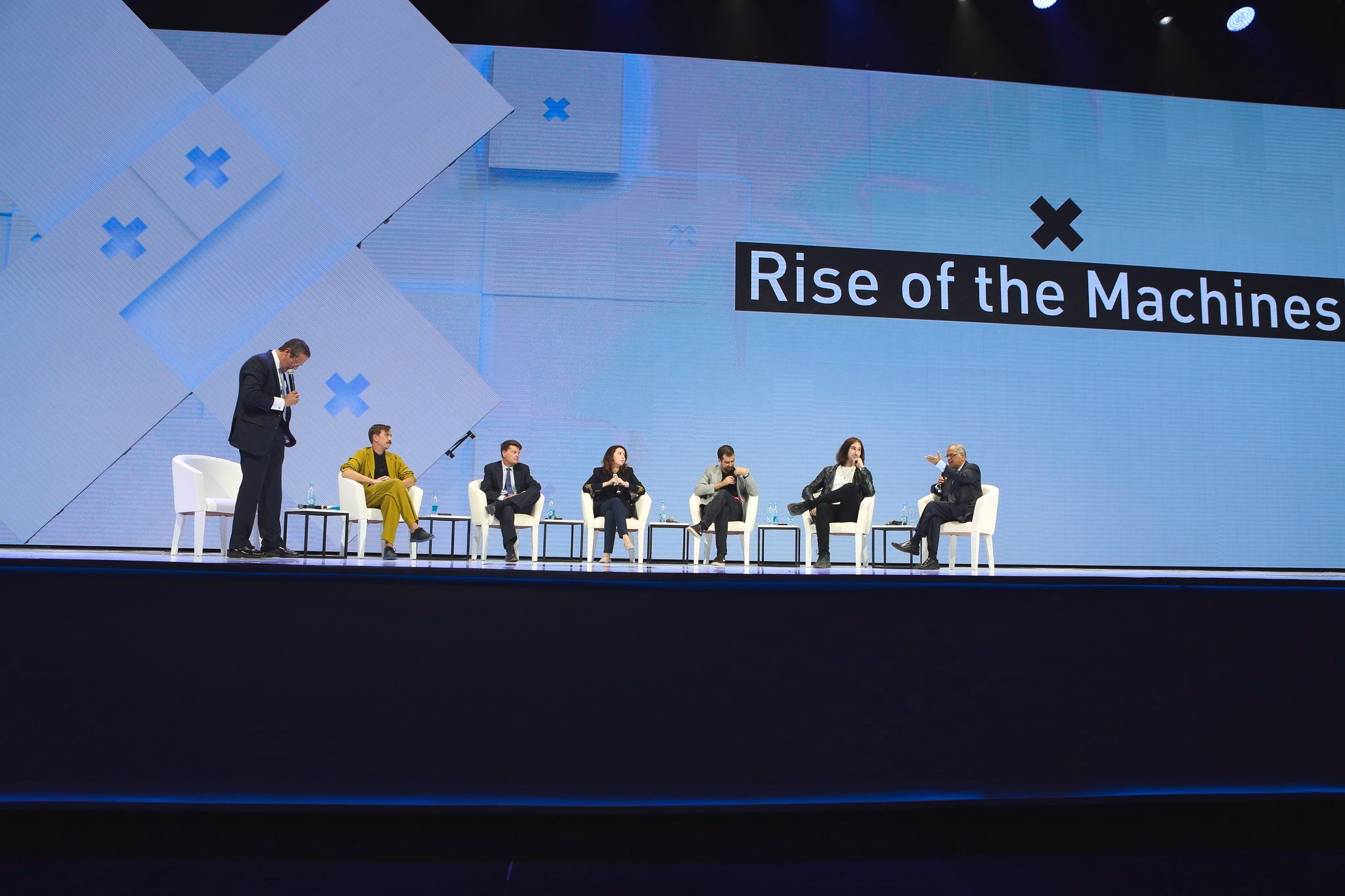 World stars of Armenian origin also came to the congress this year.

Among them – the lead singer of the System of a Down group Serj Tankian, as well as  businesswoman and reality show start Kim Kardashian.

She will give a speech at the plenary meeting “Market of Ideas”.  To those who were surprised by this fact, the organizers of the event responded as follows:

“[The social media account] Kim Kardashian West with its more than 240 million subscribers, has one of the widest audience on social media. She is one of the most influential voices in the modern world. We are confident that Kardashian, as an unusual successful entrepreneur, as a leader in this field, as a wife and mother, will be able to present important and interesting aspects about the world of entrepreneurship in social media.”

Kim Kardashian will also participate in a discussion in a group of forum participants, including Hovhannes Avoyan, co-founder and general director of the well-known international company PicsArt.

At the opening ceremony of the forum on October 6, Prime Minister of Armenia Nikol Pashinyan, the representative of the World Alliance of Information Technologies and Services Yvon Chiu, the chairman of the organizing committee of WCIT 2019, the president of the Union of Advanced Technology Companies Alexander Yesayan made speeches.

The head of the Armenian government in his opening speech emphasized that “Armenia has every opportunity to become one of the most important centers in the technological field.”

“It is a great honor for us to host such a forum.  This is a very good reason to talk with you and the international community about our strategy of turning Armenia into a high-tech and industrial country.  I hope that in a few days spent in our country, you will feel the new energy and atmosphere that prevail in our country after last year’s, non-violent, velvet, popular revolution.

“I want to emphasize that this revolution took place through decentralization, as a result of which Armenia has become a center of democracy on the world map,” Pashinyan said.

In this regard, this year the main topic of the forum is “The Power of Decentralization: Prospects and Risks”.

According to Alexander Yesayan, significant work was carried out to hold the event in Armenia:

“It is a great honor for me to welcome you to Armenia today.  A few years ago, we were able to have our proposal win and move this important conference to Armenia.  In the next three days, Armenia will become a technological center.”

On the evening of October 6, a concert dedicated to the opening of the WCIT World Forum was held on the main square of the republic. 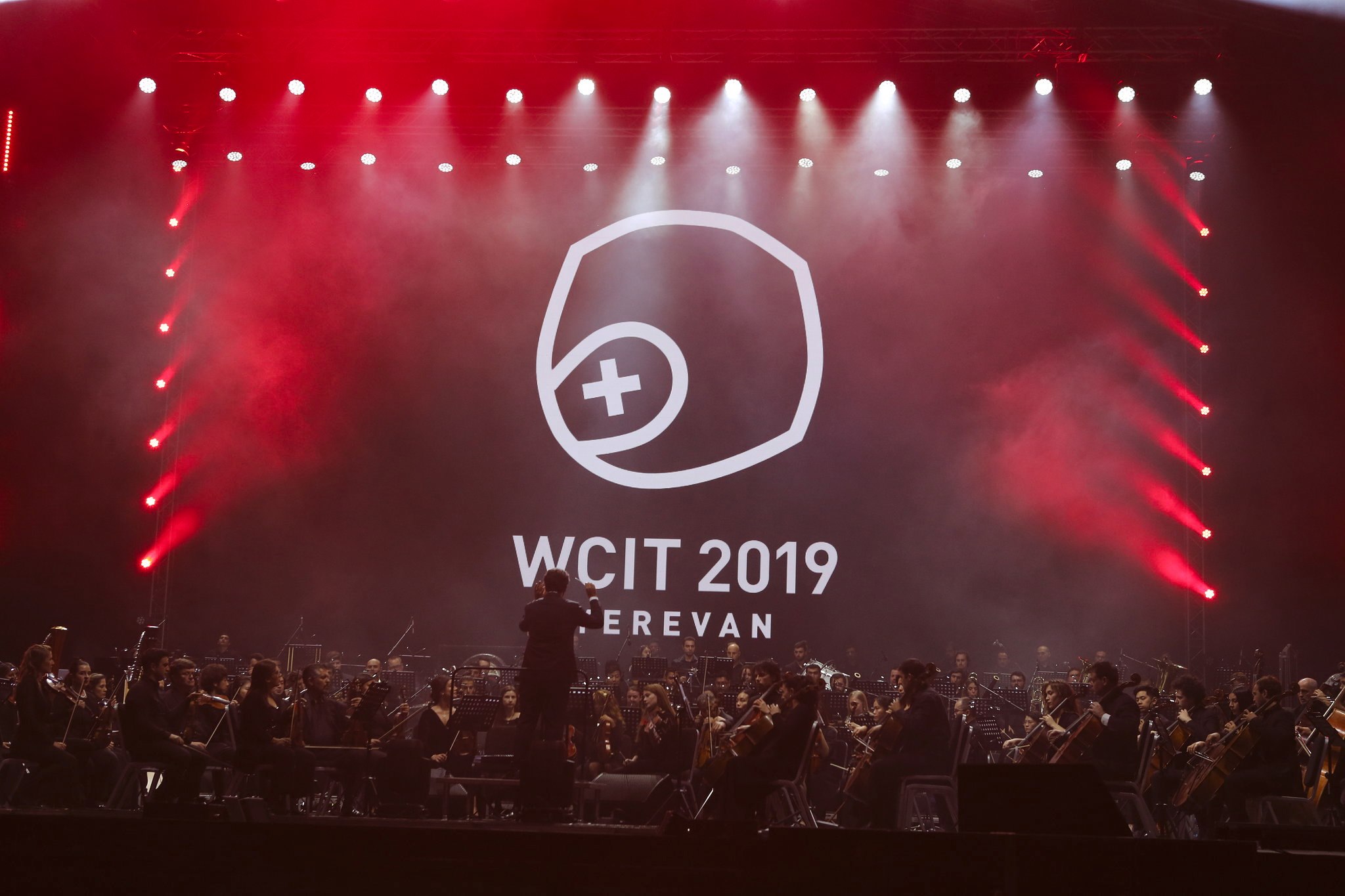 The concert programme included a performance by world-famous DJ Armin van Buuren and a symphony orchestra under the direction of conductor Sergei Smbatyan.  The orchestra performed “real-time” classical music created by artificial intelligence.