Tolerance, a democratic concept that should unify communities and nations, has become one of the most divisive words of recent years. Coupled with deeply ingrained public perceptions and unshakeable faith in media outlets championing either the left or the right, tolerance has lost its rightful place of the middle ground. In 2017, it appears that to be ‘tolerant’ is to accept all people of all backgrounds without question or reservation, while to be judged ‘intolerant’ (the most damning accusation of modern times) is to undoubtedly harbour the most racist or discriminatory prejudices.

In the West, Islamic fundamentalism and unprecedented numbers of Middle Eastern refugees has caused a sharp schism amongst the public. While division in Eastern Europe is less numerically balanced and centres more around recently-introduced Western concepts such as LGBT rights, social rifts in former Soviet societies have become increasingly apparent.

For conservatives, the meaning of tolerance has been distorted by the liberal left to the point that it does not pertain to its traditional definition of acceptance or endurance, and has instead come to imply that religious or ethnic minorities should be venerated as being enlightened in ways the West is yet to understand.

High figures of immigration from Islamic countries have partially been responsible for the rise in Western populism and nationalism, along with more frequent terrorist attacks by Muslim fundamentalists; although American conservatism was clearly unable to find a more eloquent advocate than Donald Trump, the right could not disagree with his logic that Islamic terrorist attacks have only increased with the larger number of Muslims in Europe.

The left, meanwhile, sees the horror of Aleppo and Mosul and falls numb at the scale of the human tragedy; it listens to the rhetoric of Donald Trump, Nigel Farage and Marine Le Pen, and feels cold fury that they can see the effects of the war in Syria but are demanding the gates be closed, not opened. Children’s bodies have washed up on beaches, and families continue to flee the kind of violence not seen on European soil for over seventy years. The left reasons that it is inhuman to be so cold, and the actions of a few terrorists (who must be insane) should not damn the fates of millions of innocents.

The middle ground has demonstrably ceased to exist.

The civilised world should not stand idly by as Syria is torn apart, but nor should security concerns be unaddressed solely due to a perceived risk of offending people. Islamic terrorist incidents are becoming increasingly frequent, but the people who voted for Marine Le Pen in France’s recent elections were largely not racist bigots (the kind of whom the media delights in showing voted for Donald Trump in the United States); they were simply people who were frightened, and tired.

The idea that children in Manchester at a pop concert were mercilessly slaughtered, that families celebrating Bastille Day in Nice were run over, or that people have been gunned down on more than one occasion in Paris, all in the name of one ideology – and one ideology alone – is terrifying, especially when who this new enemy is remains undefined.

The left insists that Islam is a peaceful religion, but Al-Qaeda, Hezbollah, ISIS and fundamentalism in Turkey, Iran and Saudi Arabia have proved to the right that there is, in fact, a common element, and the (truthful) platitude of ‘not all Muslims are terrorists’ has done little to assuage conservative fears.

A lack of understanding on both sides has led to a political and social breakdown in the West. One cannot express concern over the sheer numbers of immigrants coming from societies that do not treat women or homosexuals as equals, and have indeed led to a wave of sexual assaults and terrorist attacks, without being branded intolerant; likewise, it is impossible to argue against deportations and measures that amount to clamping down on aspects of free speech without being accused of wilfully ignoring a legitimate threat to European society.

Tolerance issues in Eastern Europe might appear different and – on the surface – more simple than those afflicting the West, but one particular core similarity remains.

Georgia, a country which ostensibly prides itself for its tolerance (especially in religious matters; Tbilisi is one of the few places in the world with a church, mosque and synagogue in close proximity), remains infamous for the priest-led assault on an anti-homophobia rally several years ago. The irony that this attack was carried out by church-goers when Christianity preaches peace and acceptance of others with its Golden Rule was somewhat lost, in that their aggression was little to do with religion and everything to do with traditional values; Georgians associate their religion with their nationality.

Similar anti-LGBT sentiment has been observed in Russia, Ukraine, and other former Soviet states, but none are closer to Western integration than Georgia.

Unlike in Western Europe, there is no moral push-pull dynamic of issues surrounding tolerance in Georgia (violence against sexual minorities is, after all, utterly indefensible, and medieval values do not belong in the 21st century), but neither side of the continent has yet to clearly establish at what point free speech becomes hate speech. According to British law, British Muslims were well within their rights to march under banners of ‘UK Go to Hell’ in Luton in 2009, and berate passing by non-Muslim white women for not covering themselves; likewise, Georgian priests are able to dismiss LGBT rights as ‘homosexual propaganda’ and declare that equal rights campaigners are attempting to convert young Georgians to homosexuality (in full defiance of logic, reason and science). The European attitude of seemingly allowing even the most abrasive of opinions contrasts uncomfortably with Georgia, wherein the influential church actively encourages discriminatory practices.

It is the opinion of many foreigners in Georgia that the country will never become a European state while Christianity holds so much political and social sway; however, a conservative Georgian might well counter by saying that another religion even more hostile to liberalism has many active adherents in Europe, and whatever violence Georgian church-goers have offered, they have yet to detonate bombs, conduct a mass shooting, or commandeer a truck and drive it down a pedestrian-filled Nice boulevard. Any democracy must encourage tolerance and respect difference, but wilfully ignoring legitimate concerns for fear of being called prejudice makes one ignorant, not noble. 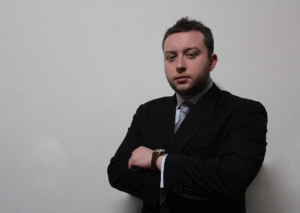