In the north-western Sheki region of Azerbaijan, tobacco production used to be in full swing. In Qaradaghli village (20 kilometres from Sheki) local residents say that in Soviet times they used to gather between 40 and 50 tonnes of tobacco per year, while they now manage only about three or four. 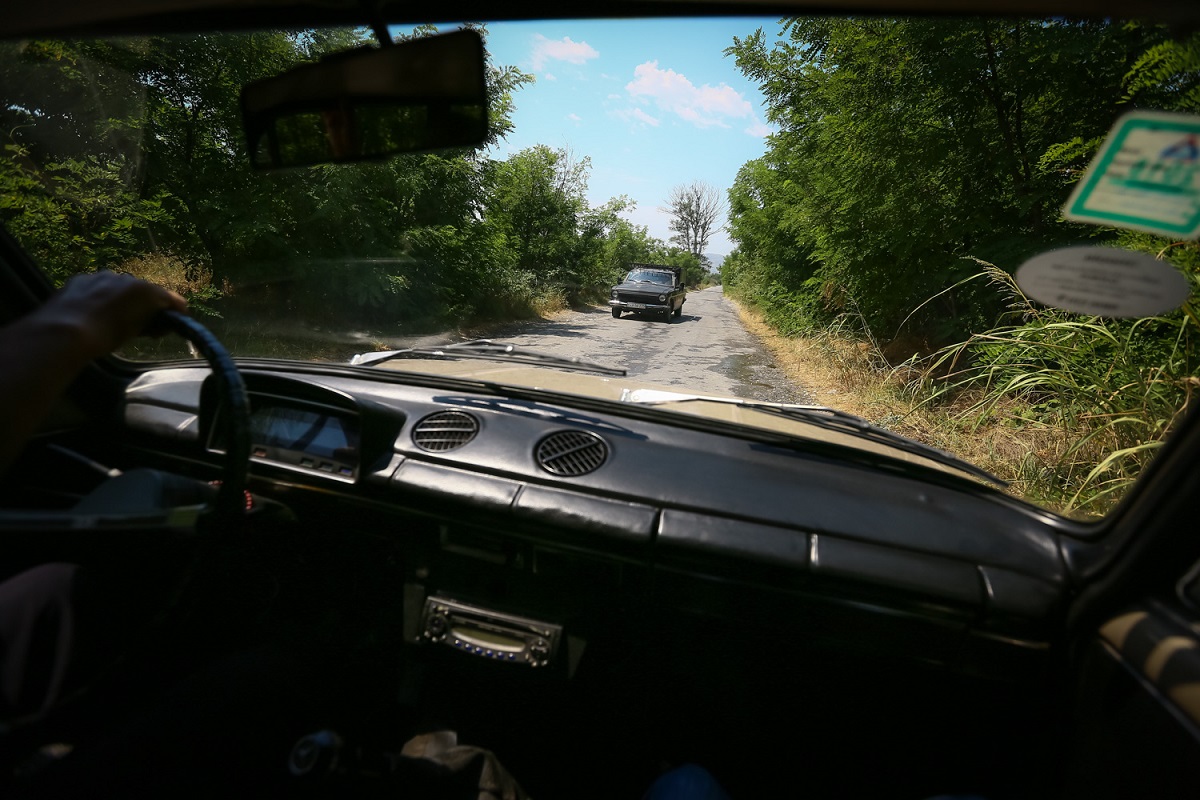 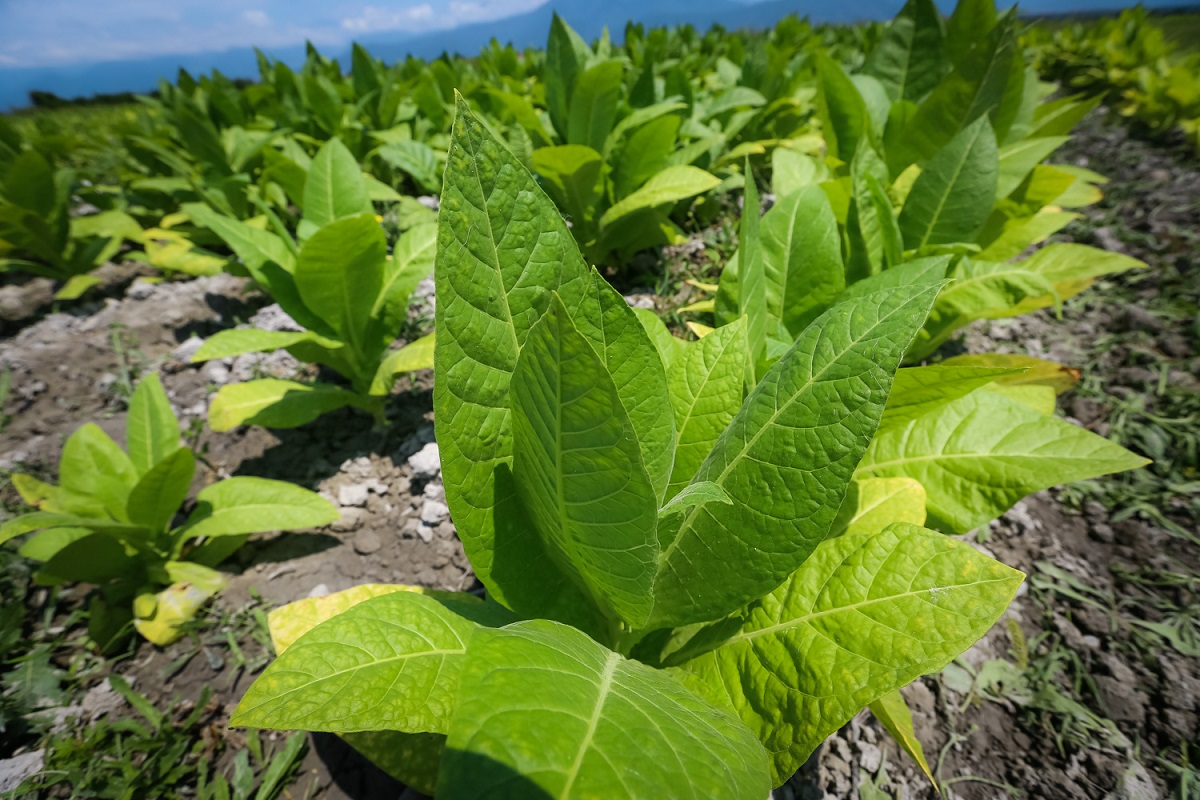 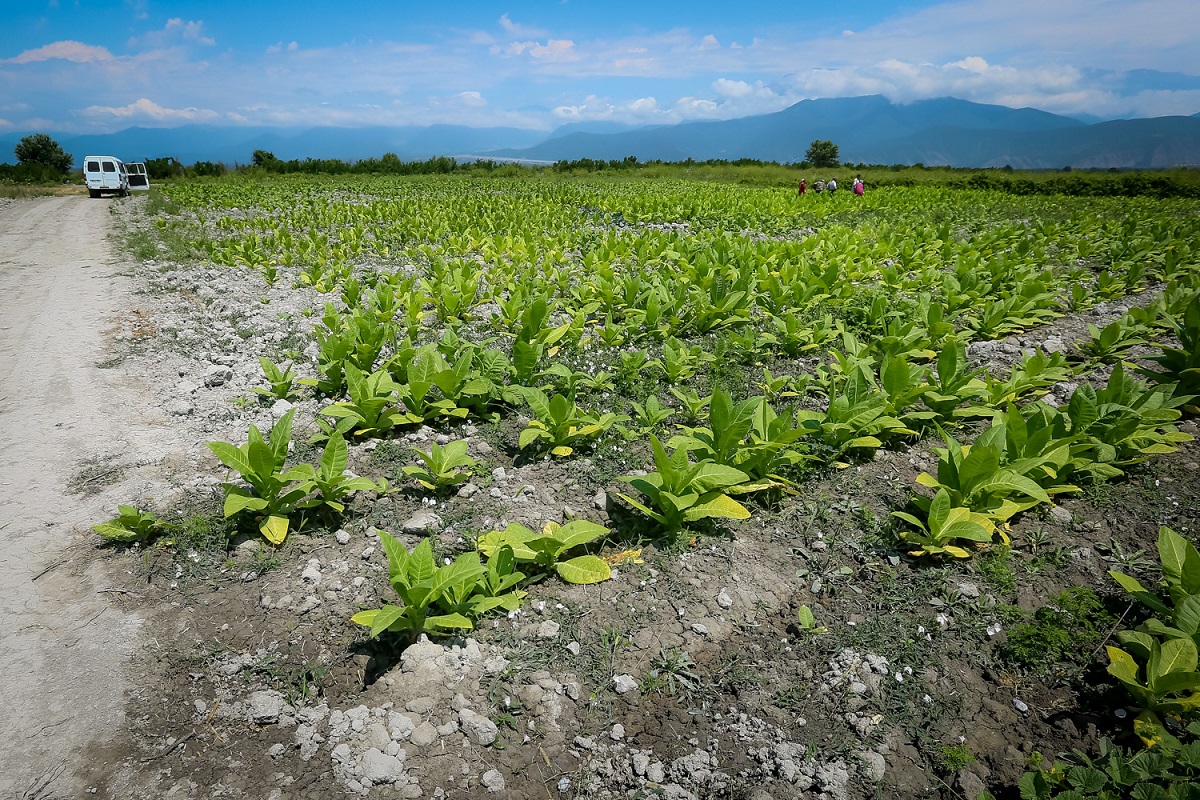 The villagers say the reason for this is quite simple: the demand for tobacco has decreased. Local farms can’t produce the same quantity as the farms did in the Soviet Union. As a result, the price of tobacco has gone down. In turn, farmers pay their workers much less per kilogram of tobacco leaves. 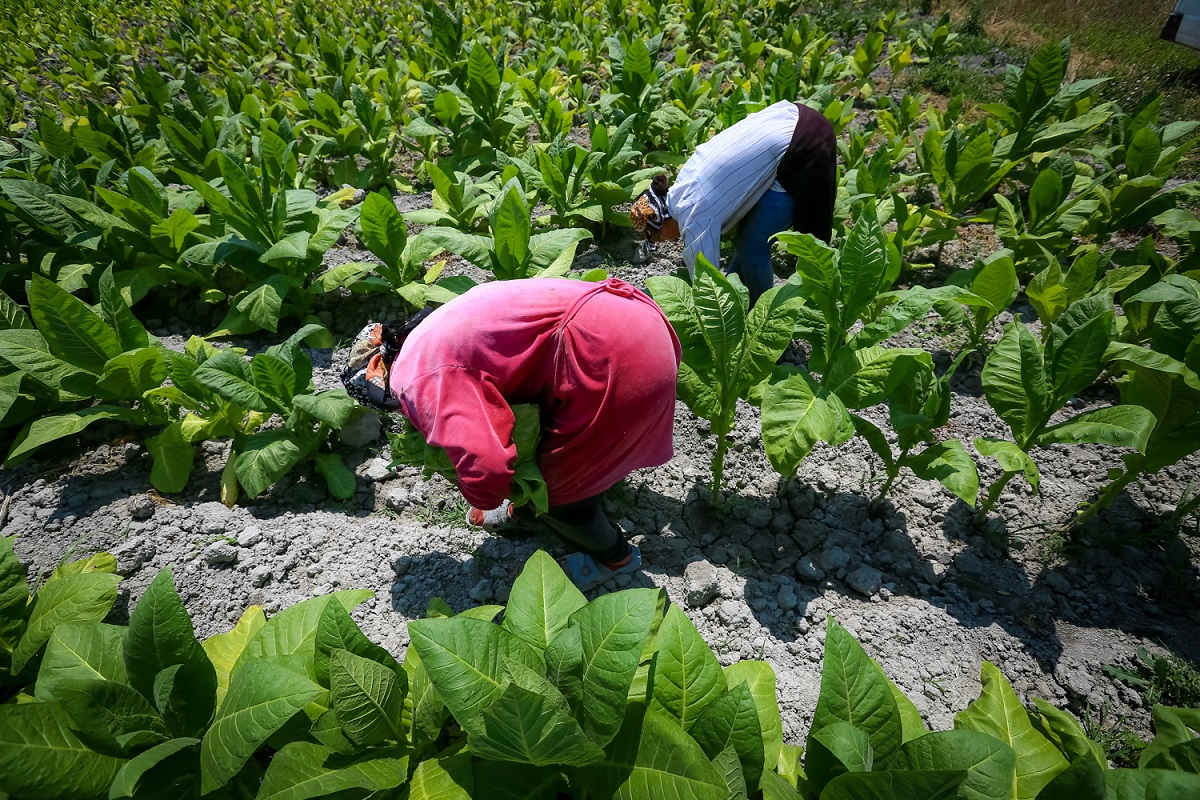 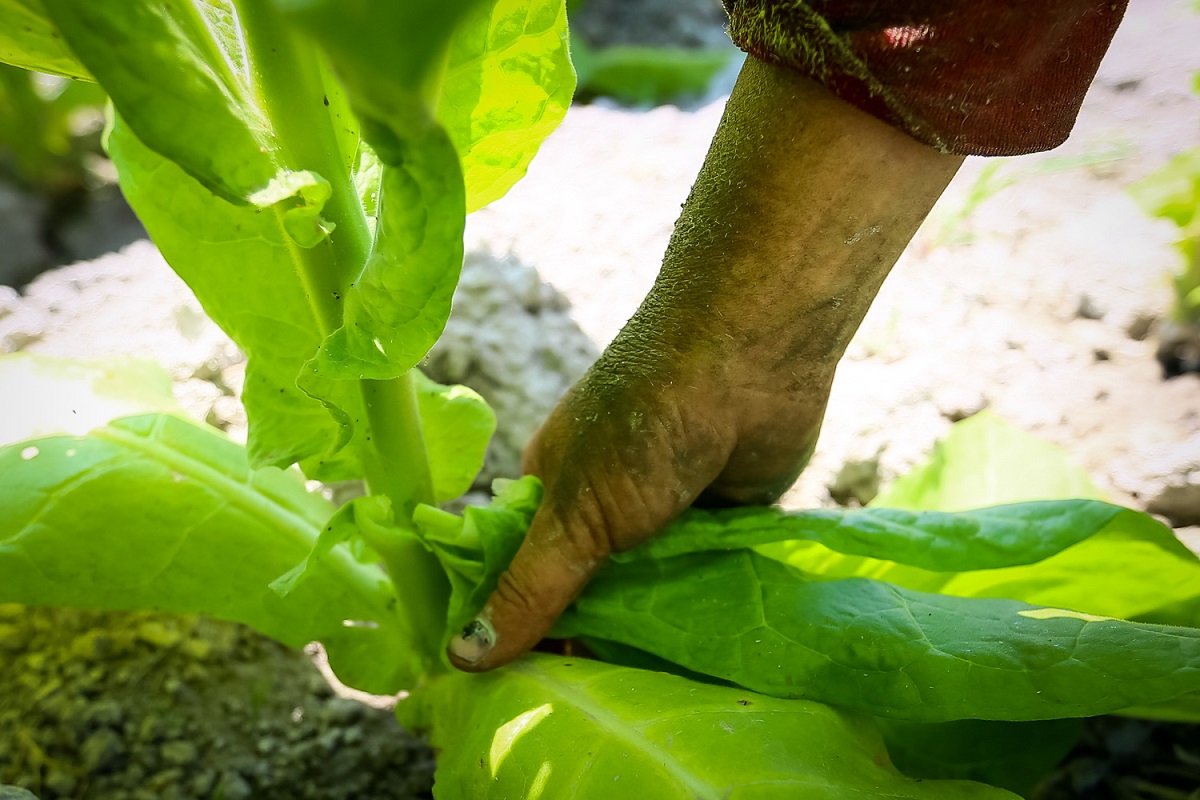 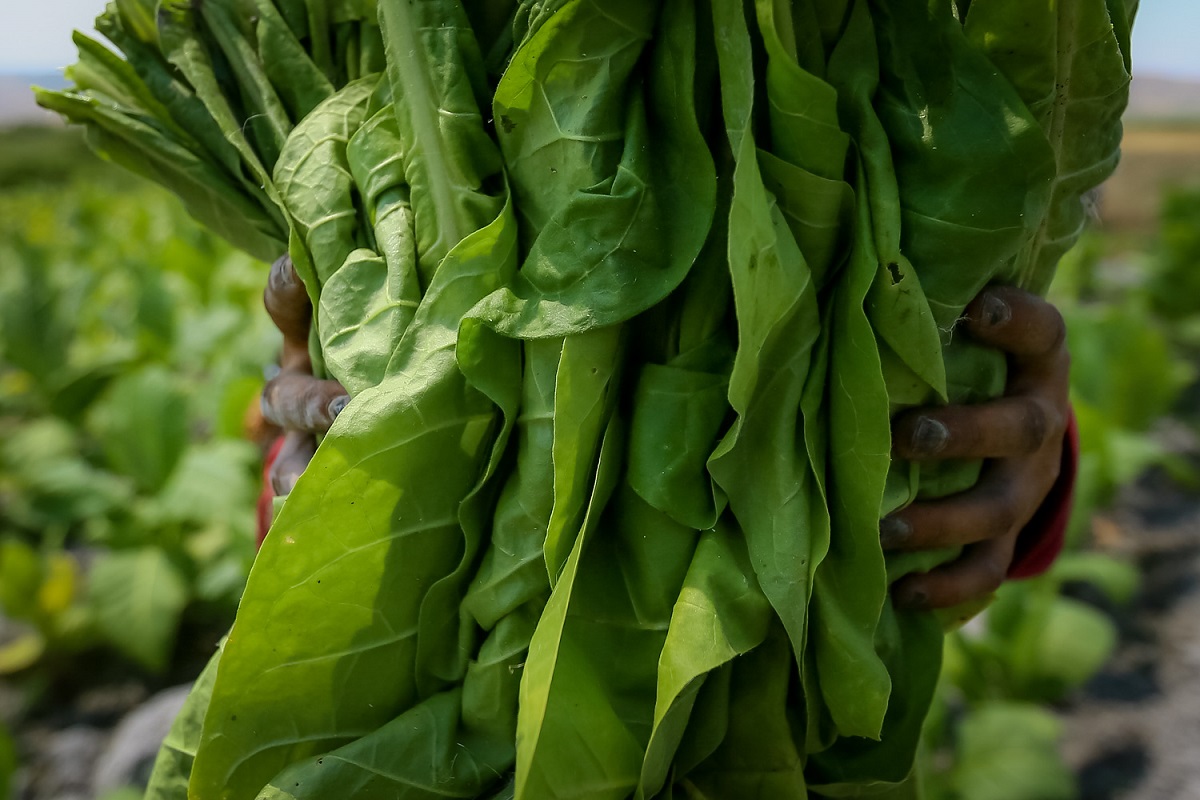 The usual working day for a tobacco collector begins at 7 am in the morning and ends around 7 pm at night. Tobacco is planted in March and harvested in July and August. Tobacco plants prefer hot weather without rain – if the summer is cold, the harvest can take up until October before its ready. 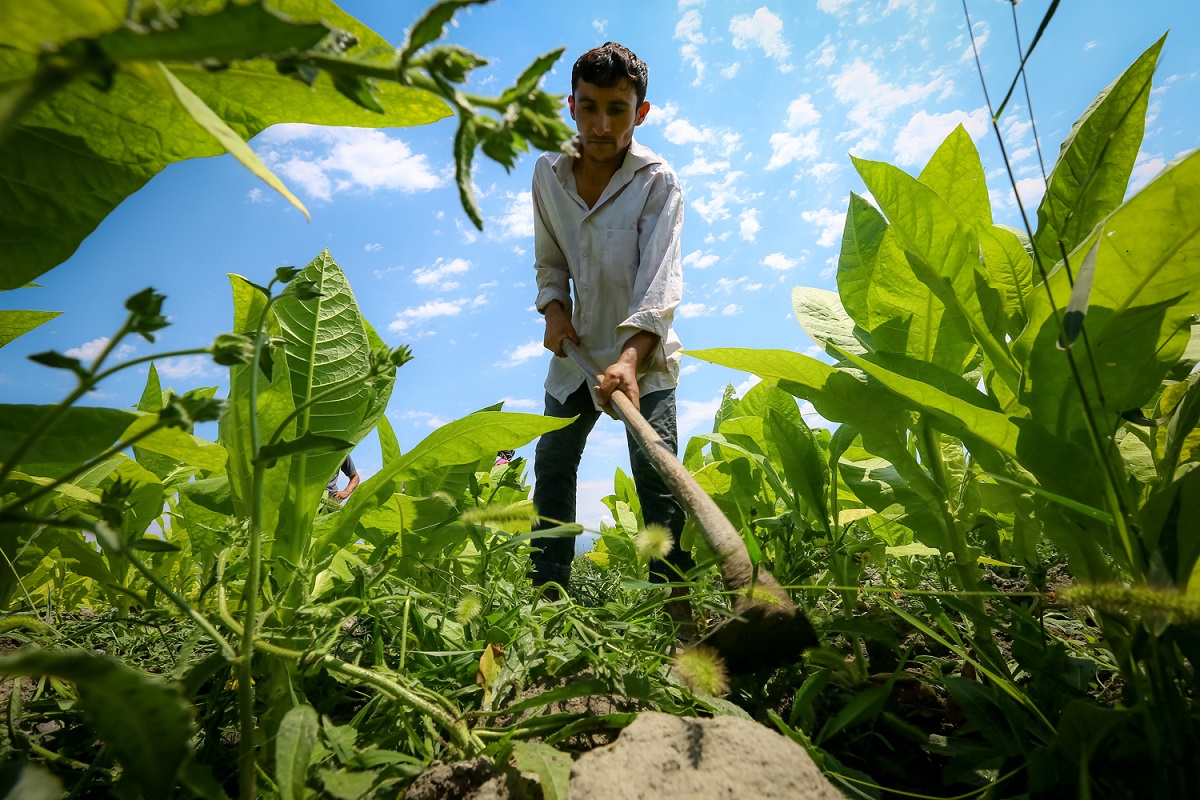 In addition to harvesting, there is also much weeding to be done. 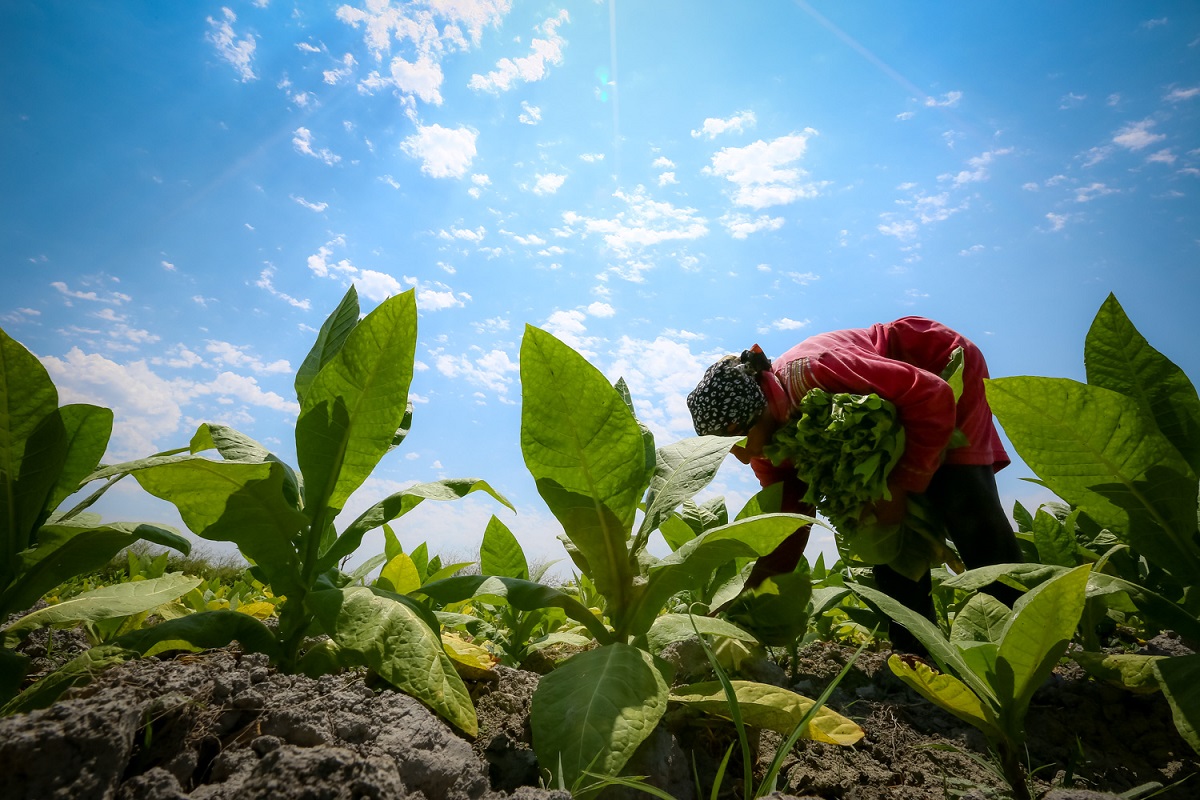 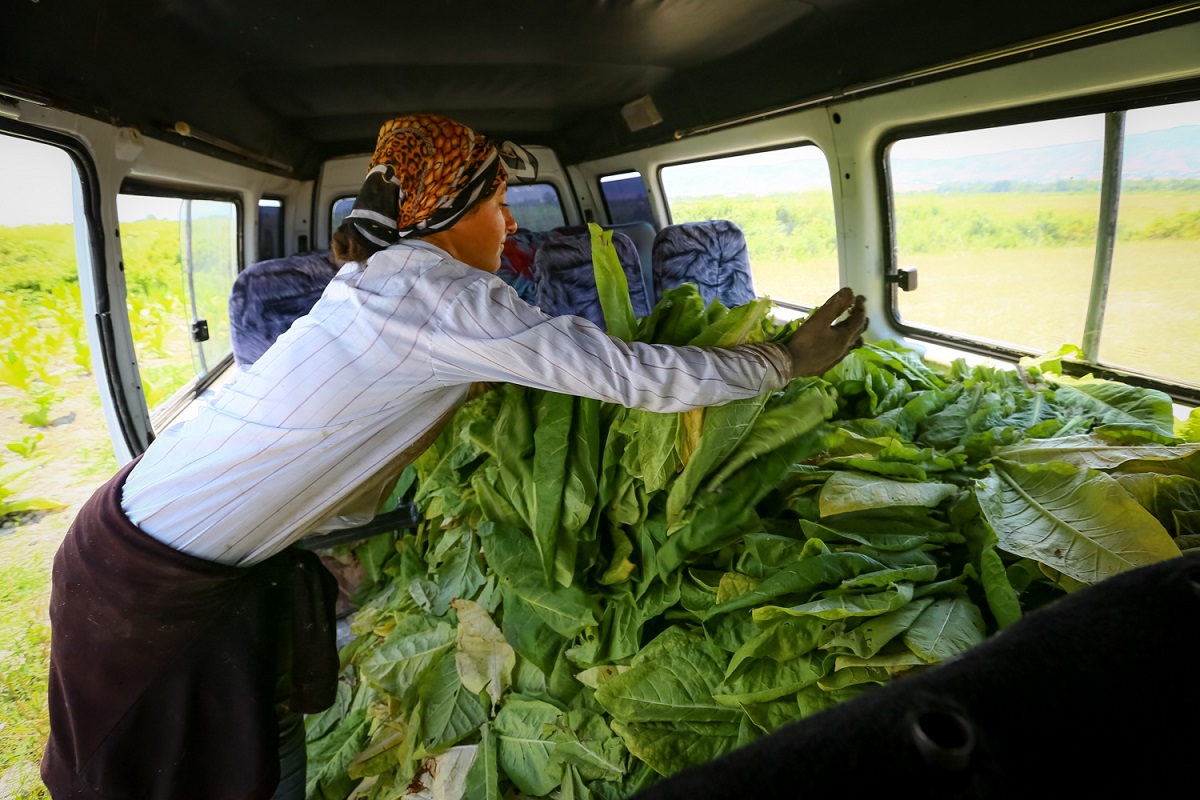 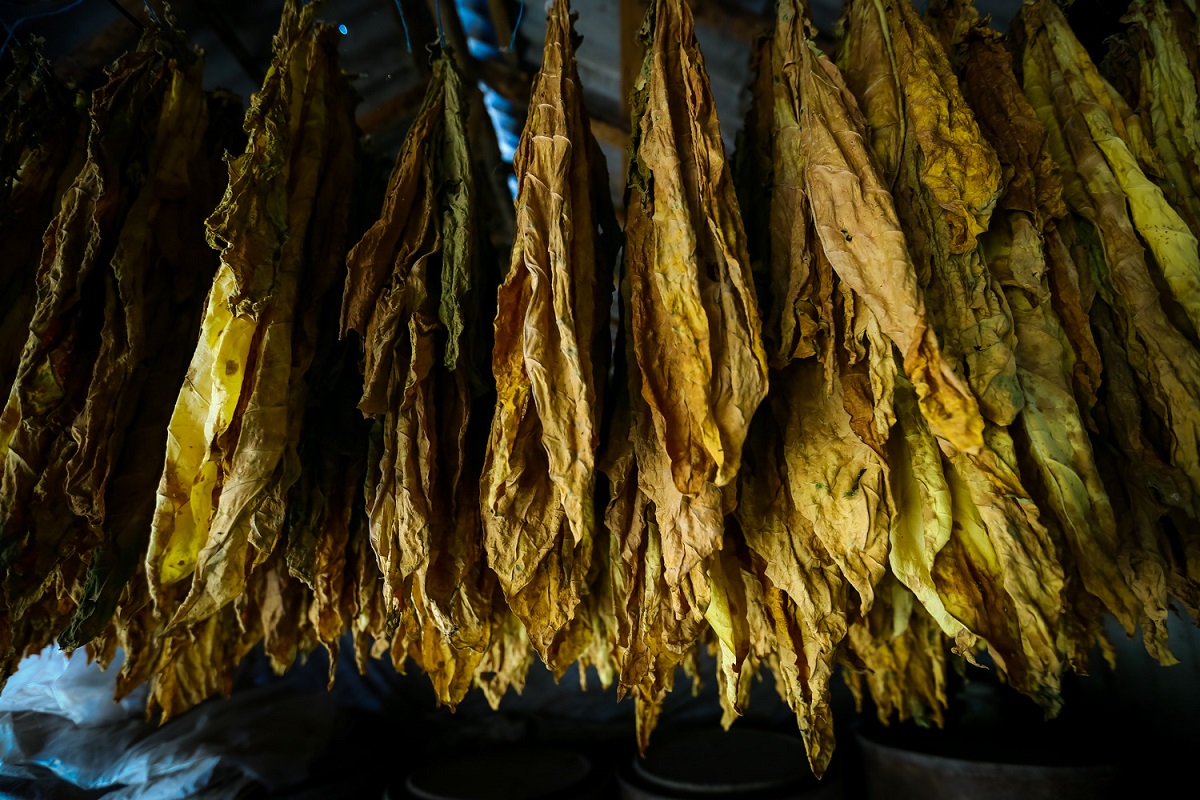 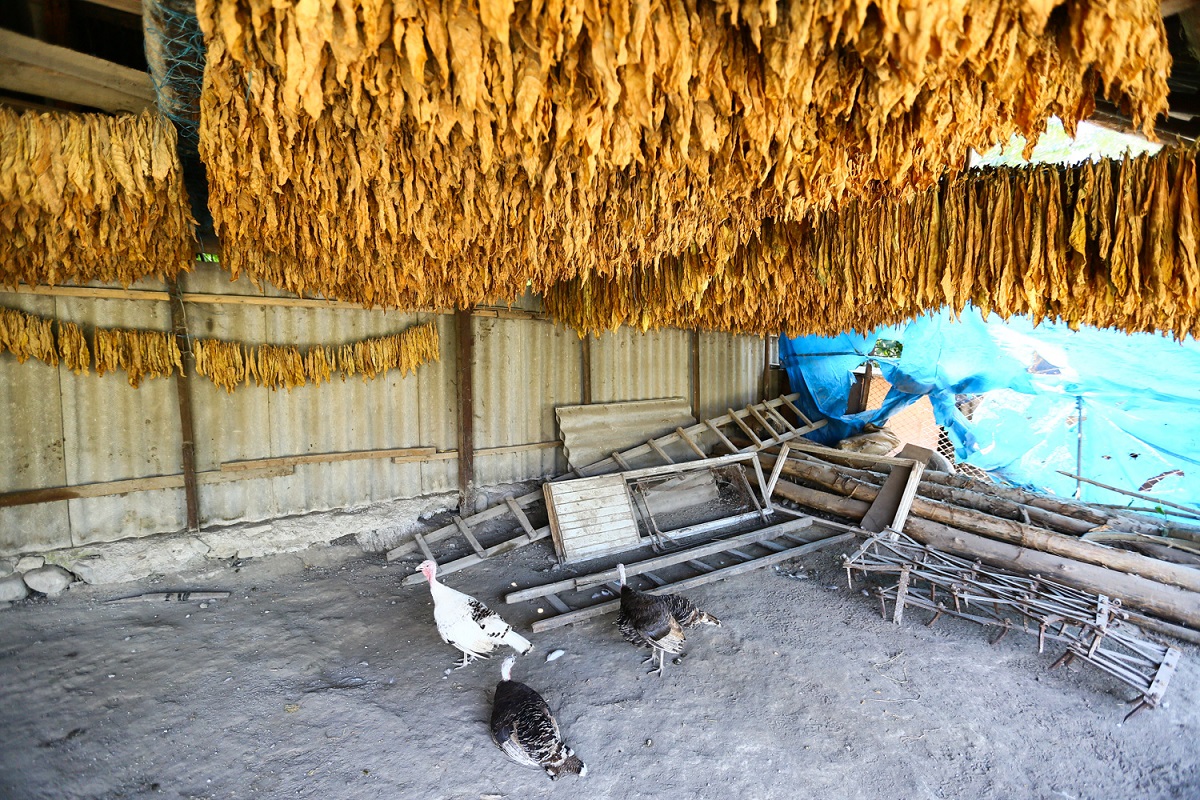 The first harvest of tobacco leaves begins two months after the first sowing. Then one has to wait a month for new leaves to grow. They are also gathered, pressed and hung out to dry in the sun. 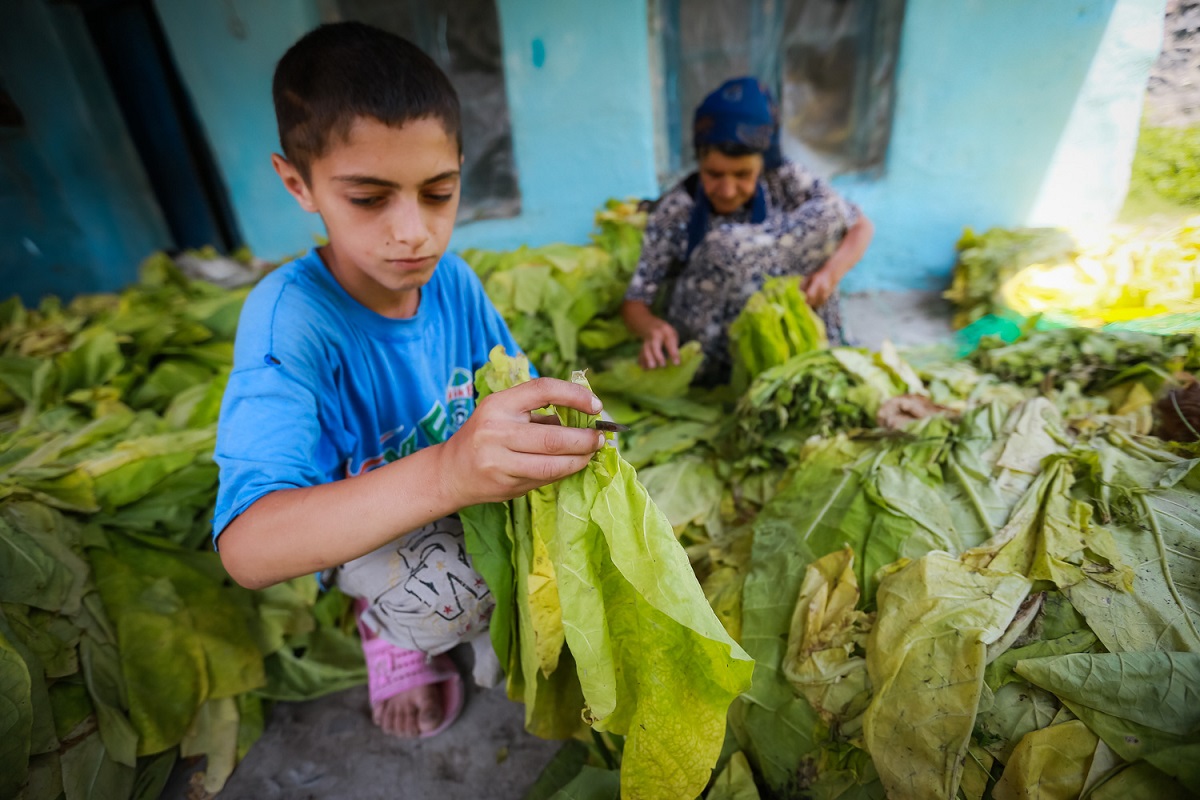 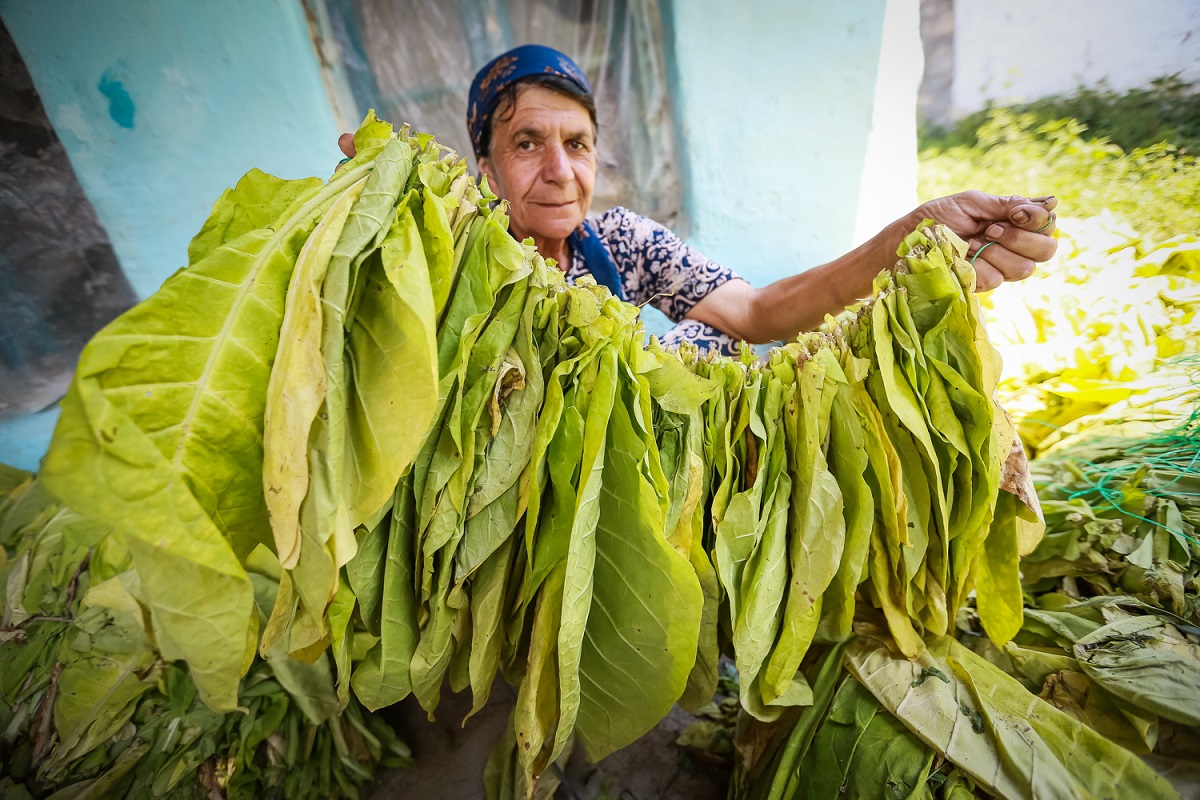 A kilogram of dry leaves costs 1-2 manat, about one dollar. For 10 hours of labour, a worker can earn up to 20 dollars. 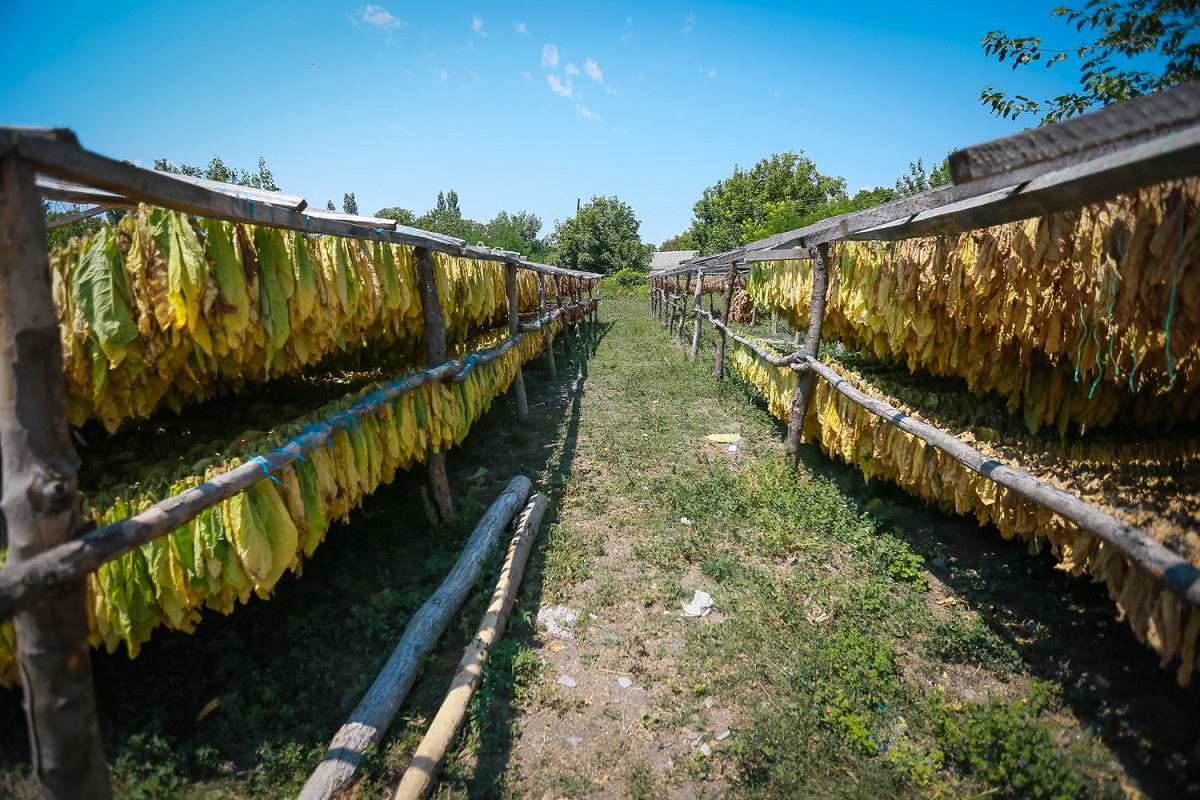 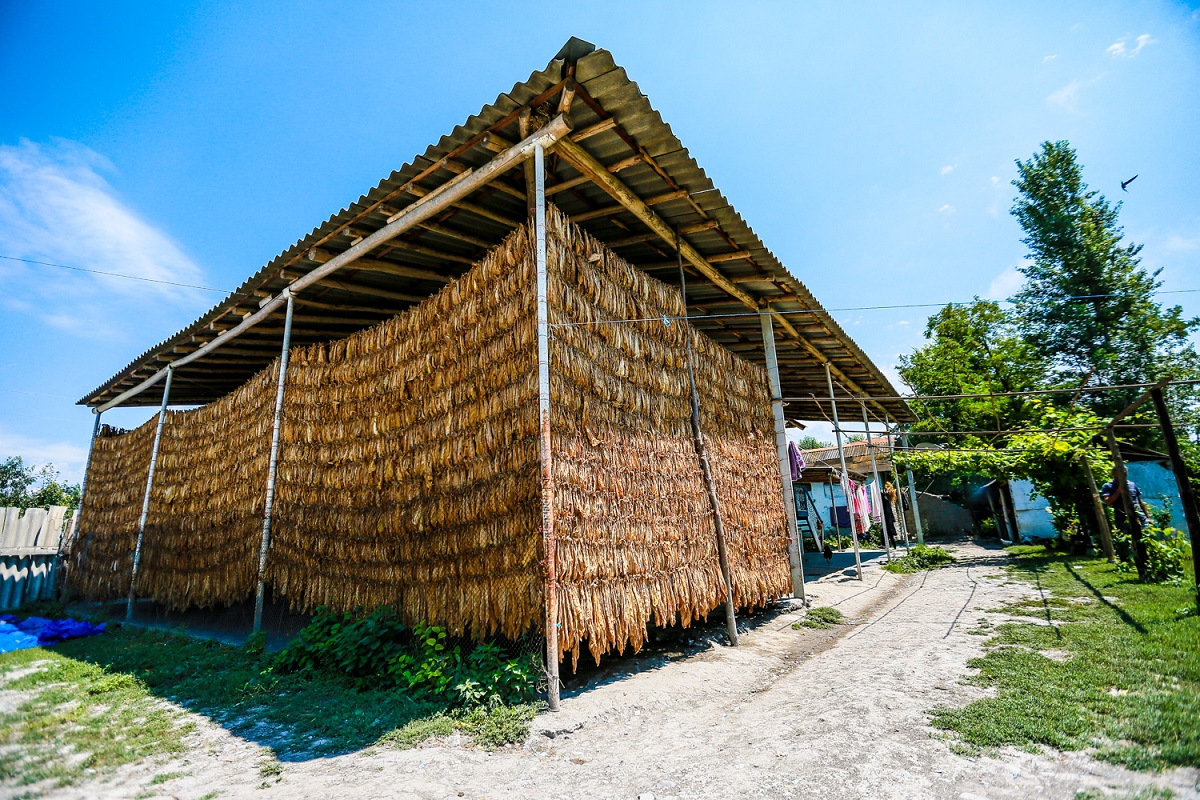 Tobacco leaves take about two weeks to dry out. A kilogram of tobacco is hung from every string.