"There are fears of destabilization in the South Caucasus" - Pashinyan

“The attention of the entire world community and especially Russia, Armenia’s strategic partner in security, is focused on Ukraine. There are specific fears that this may lead to destabilization in the South Caucasus region,” the Prime Minister of Armenia said during the seventh Eastern Economic Forum. Nikol Pashinyan hopes, however, that thanks to close cooperation with Russia and other partners, he will be able to manage the situation and keep it under control.

Vladivostok hosted a plenary session of the seventh Eastern Economic Forum under the theme “Toward a Multipolar World”. It was also attended by the President of Russia, the Prime Ministers of Myanmar and Mongolia, and the Chairman of the Standing Committee of the National People’s Congress of China. Video greetings were delivered by the Prime Ministers of India, Malaysia and Vietnam.

In his speech at the forum, Pashinyan touched upon the normalization of Armenia’s relations with Azerbaijan and Turkey. He stressed that he counts on Moscow’s support both in this regard and resolving the Nagorno-Karabakh conflict.

The main points of Pashinyan’s speech. 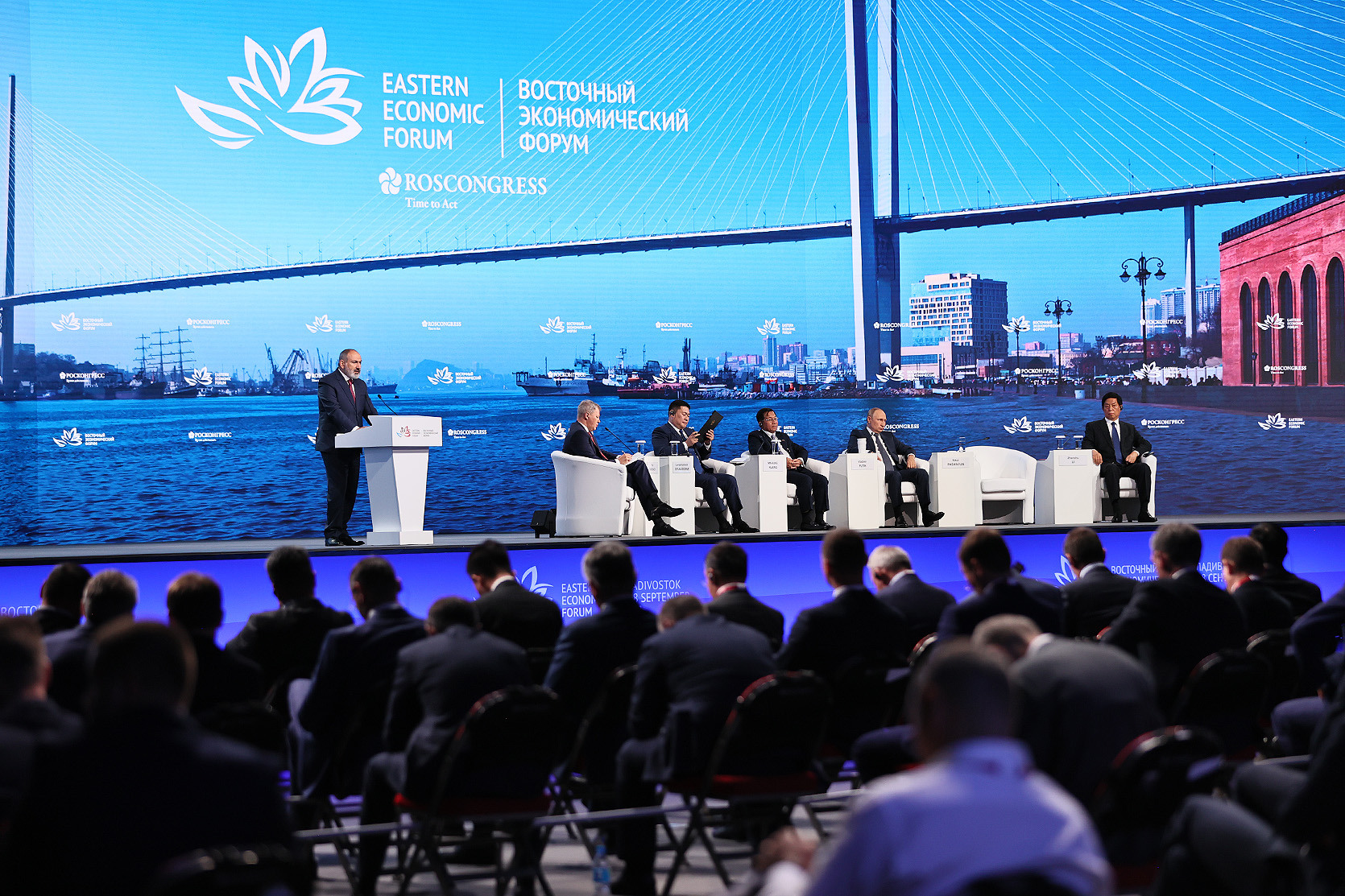 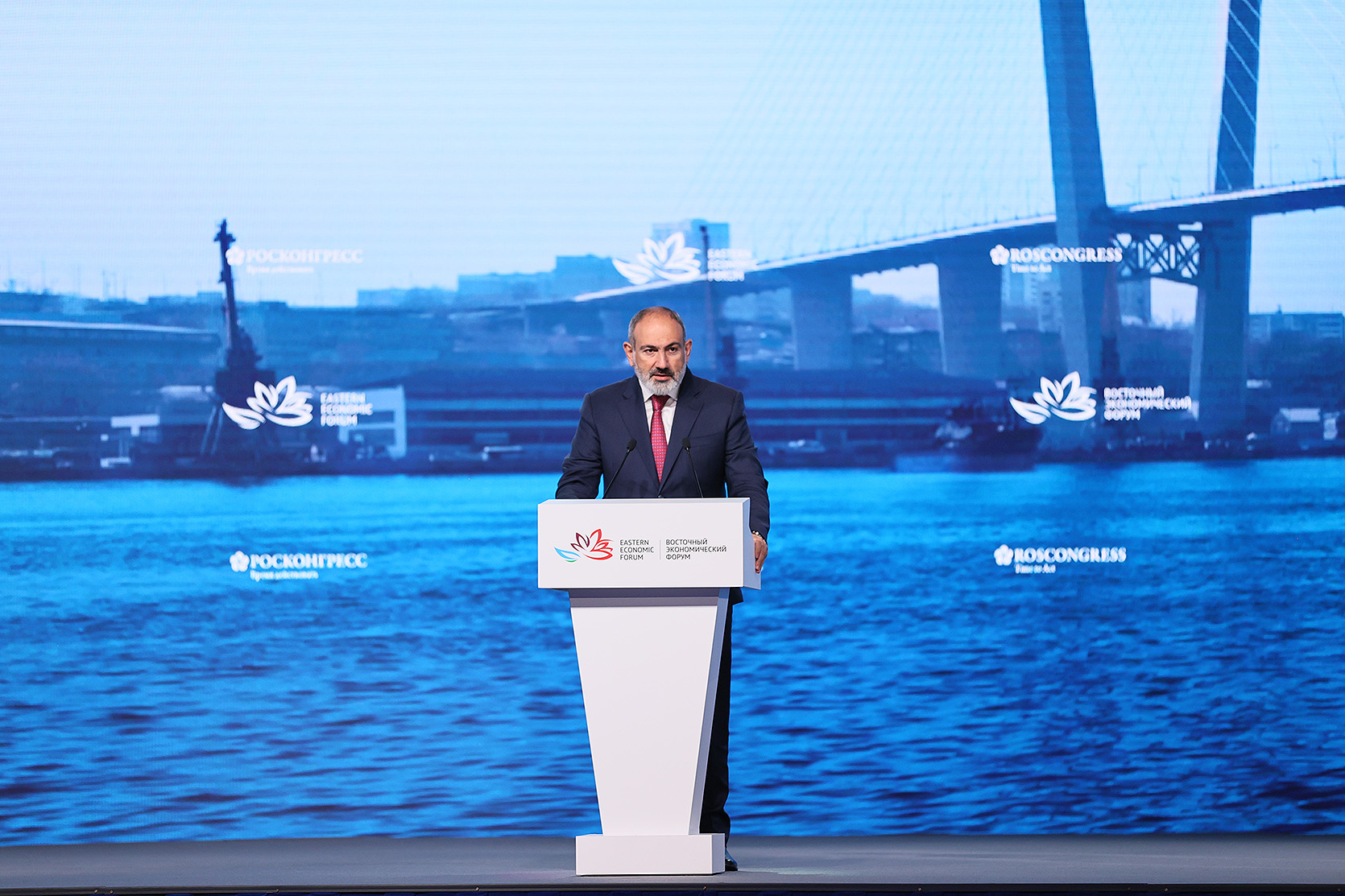 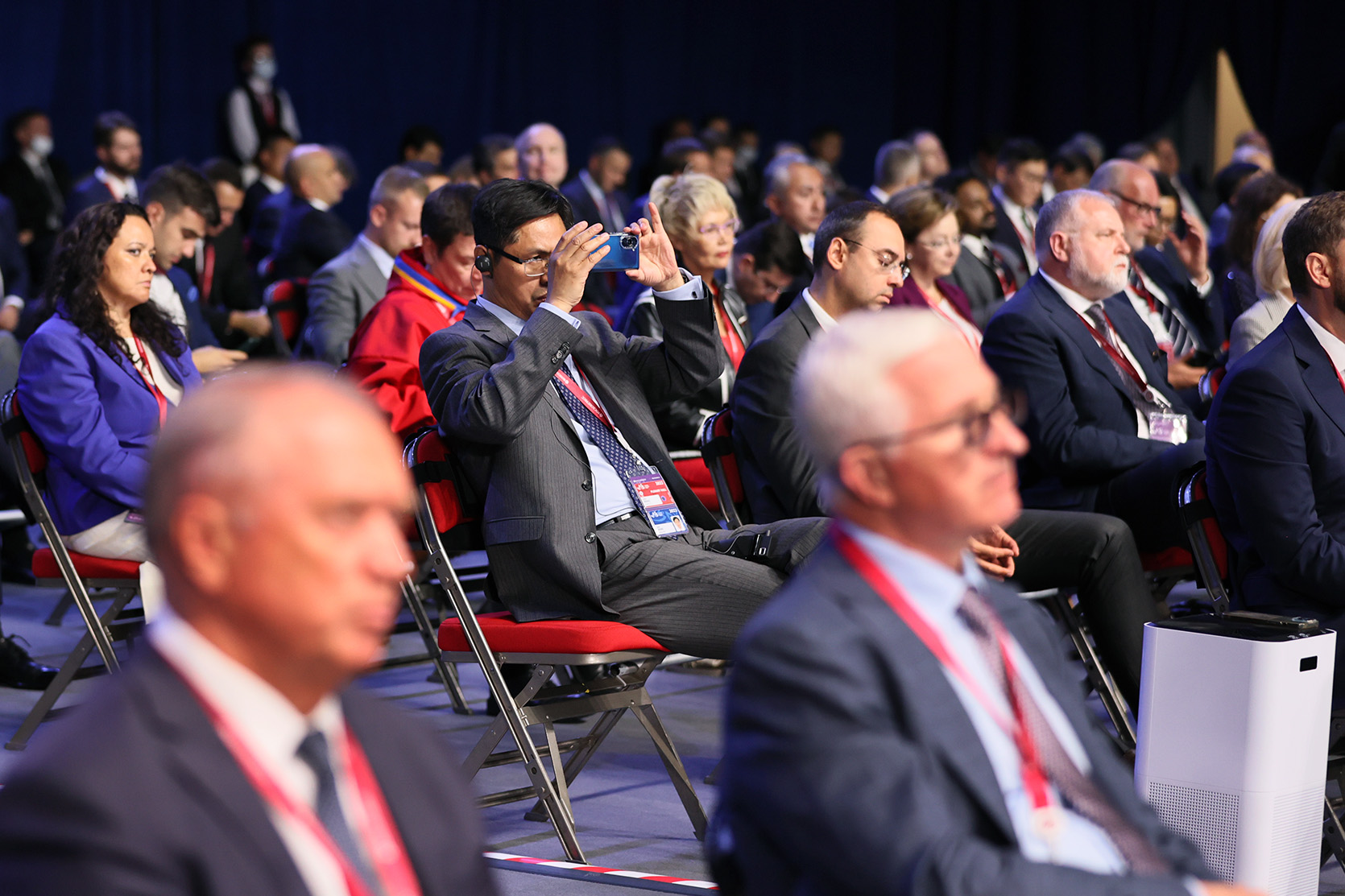 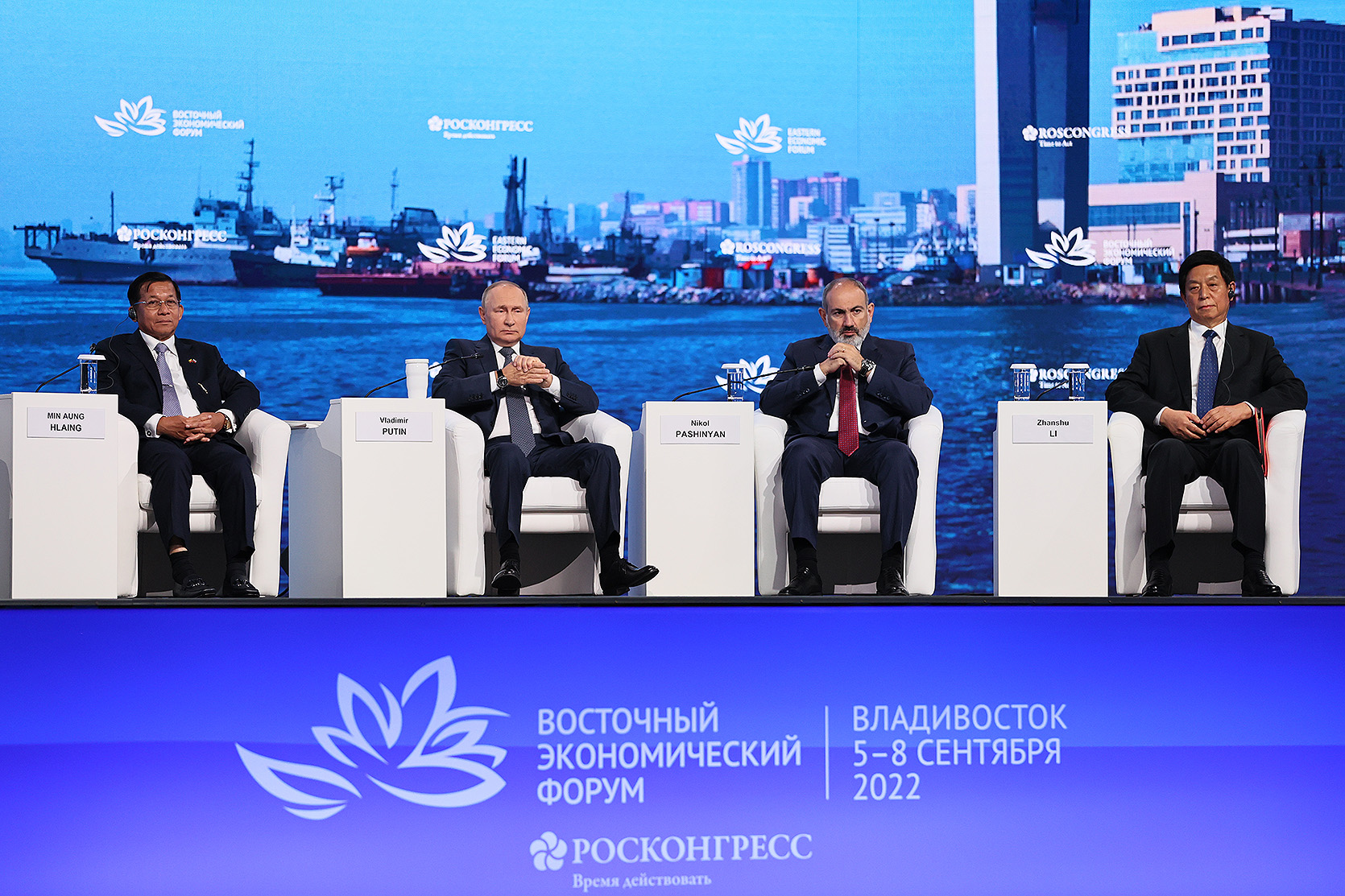 “The world is going through hard times”

According to the prime minister, the world, including the South Caucasus, is going through hard times, but asked rhetorically when they were simple. He said the history of mankind is a sequence of difficult times:

“Humanity has come up with a different formula: any crisis situation brings with it new threats and opens up new opportunities. Now the main challenge for countries and governments is how to manage threats and how to spot and seize opportunities.”

A new US co-chair of the OSCE Minsk Group has been appointed. What does it mean?

“What does Armenia have to do with the Eastern Economic Forum and the Far East?”

According to the prime minister, logistical patterns are “dramatically changing”, which also offers opportunities to Armenia.

“If you look at the map, we can see and notice the opportunities that will open up and open up for Armenia too. Despite everything, the flow of goods will continue in all directions.

If you look at the map, it is obvious that Armenia is at the crossroads of trade routes. We think there are really opportunities here that we should try to exploit.”

Pashinyan mentioned the largest north-south transport project in the history of independent Armenia. He said that this highway would connect Armenia with Georgia and through it will provide access to the Black Sea, and to the south it will connect the country with Iran.

According to preliminary estimates, the 490-kilometer highway is estimated to cost more than two billion dollars. The European Union will provide 600 million euros for its construction. Armenia will therewith become a major transit destination.

Referring to the Armenian-Azerbaijani talks, Pashinyan states that intensive contacts are being maintained with Baku, including “in connection with Nagorno-Karabakh.” He expects that Russia will support negotiations and not only as a strategic ally of Armenia:

“The Russian Federation is a very close partner of Azerbaijan too. It opens up possibilities, I think. But I also want to emphasize the role of the Russian Federation as a co-chair of the OSCE Minsk Group, which is engaged in a solution of the Nagorno-Karabakh problem.”

Signing of a peace treaty "within a few months"? Opinions from Yerevan

How Armenia reacted to Aliyev’s statement, and the comments of analysts from Yerevan.

“Normalization of relations with Turkey – also with the support of Russia”

In his speech, Pashinyan briefly touched upon the process of normalizing relations between Armenia and Turkey. He told forum participants that a dialogue with Turkey had already begun, and he hopes that “with the support of Russia” relations with Turkey will also be improved.

“It is necessary to resolve issues of legal import: under what legal regulations will these roads operate? But the position, in general, is clear: the roads that open must operate under the full sovereignty of the countries through which they pass. And we hope that on this principle we will be able to fulfill this project.”

Unblocking is one of the provisions of the tripartite statement signed in November 2020 which ended the war in Karabakh. According to the prime minister, although the project concerns Armenia and Azerbaijan, on a global scale it entails “the opening of new international trade routes”:

According to Pashinyan, Armenia is interested in the issue of unblocking transport and economic links and hopes that this issue will be resolved in the near future with the help of Russia.