Tbilisi’s main New Year’s tree on Liberty Square has already begun to be put up.

The tree isn’t new. As in previous years, the capital’s main New Year’s feature was put up around the monument of St. George on Liberty Square. What’s new, however, are the decorative letters around the tree. Kakha Kaladze, Tbilisi’s newly elected mayor, decided to encircle it with his electoral slogan ‘City Full of Life’ in both Georgian and English.

A photo of the tree with the party slogan has become a hit among the Georgian Facebook community. One user wrote:

“We probably have the world’s first New Year’s tree with a party slogan which is not standing at the entrance of some political party’s office, but rather on the country’s main square.” 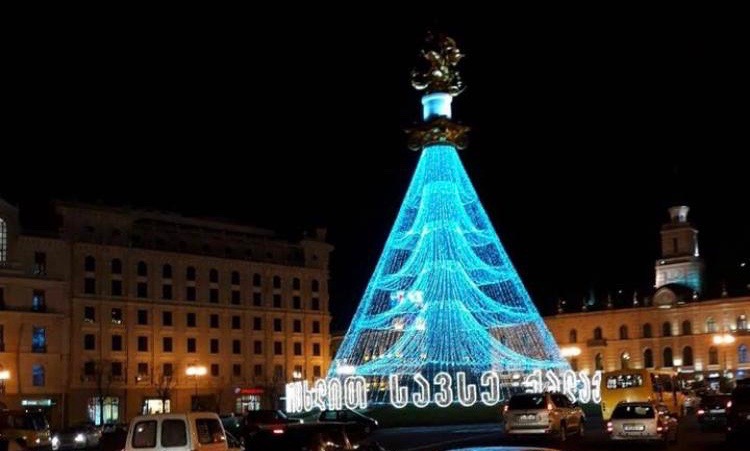