Georgia’s first deep sea port at the town of Anaklia, Western Georgia is under construction.

The port at Anaklia is a vital infrastructure project for Georgia as it will facilitate transit between Central Asia and Europe. Georgia’s first deep sea port will become a serious contender for other ports in the region such as Turkey.

According to Georgia’s Minister of Economy, Giorgi Kabulia, completing the project will address two challenges standing in the way of the country’s economic growth. First, it will take advantage of Georgia’s geographic location, turning it into a logistics hub, and secondly, Georgia will finally be recognised as a maritime nation.

The shores of Anaklia on the Black Sea where the port is being built, is full of machinery. This type of project is unprecedented in Georgia and heralds in a new era in development.

Dredger Athena which is docked in Anaklia, is one of the largest ships in the world. It is set to perform the main part of the deep sea works.

The specialists working aboard Athena will remove 5 million cubic metres of sediment and sand from the sea to deepen the seabed.

Gigantic 2.5-kilometre-long pipes can be seen on the sea’s surface with vertical drains of 3.5 kilometres in length.

Sand removed from the seabed will be reclaimed onshore and an area of 110 hectares allocated for paved container yard port operations. 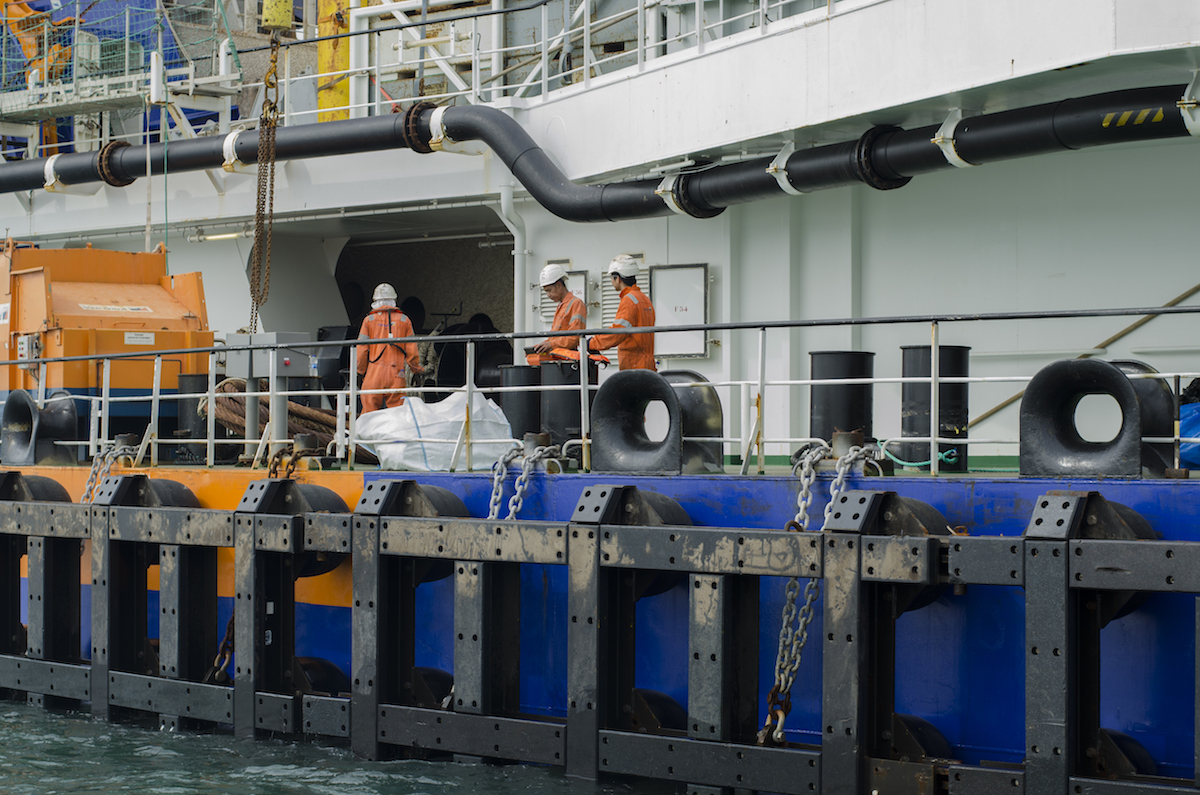 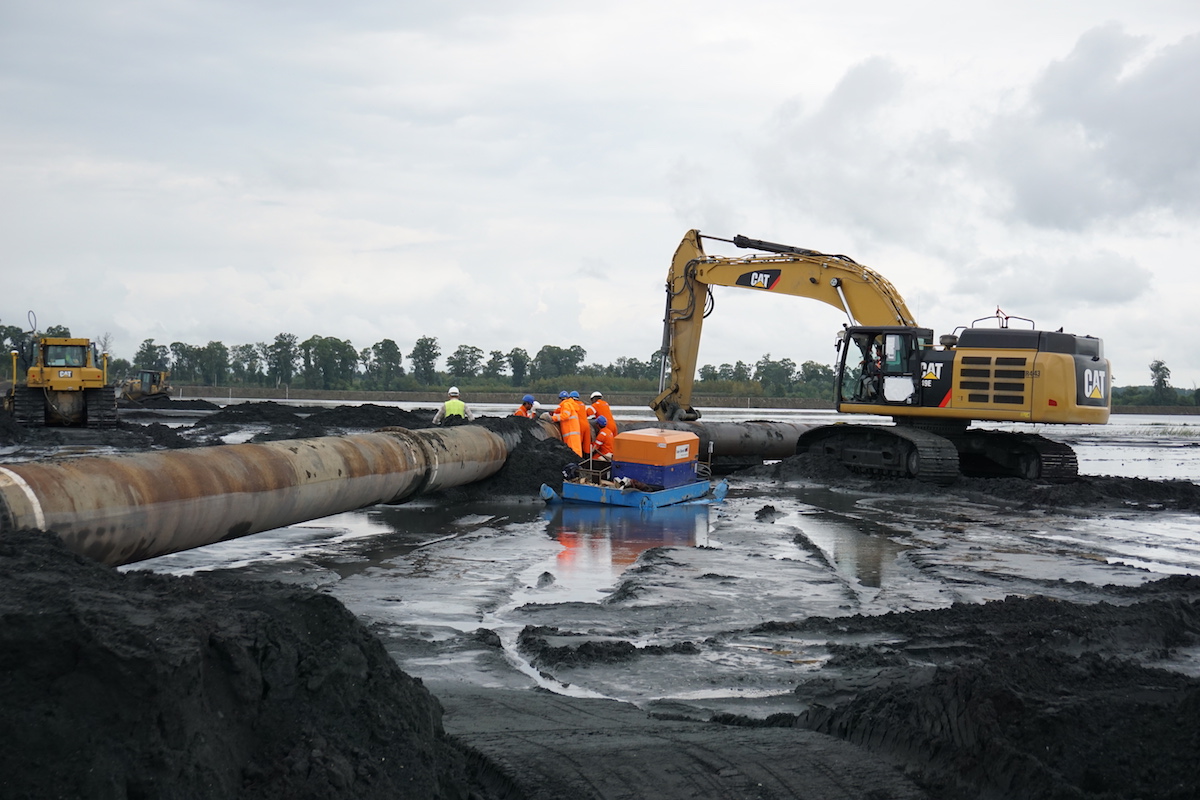 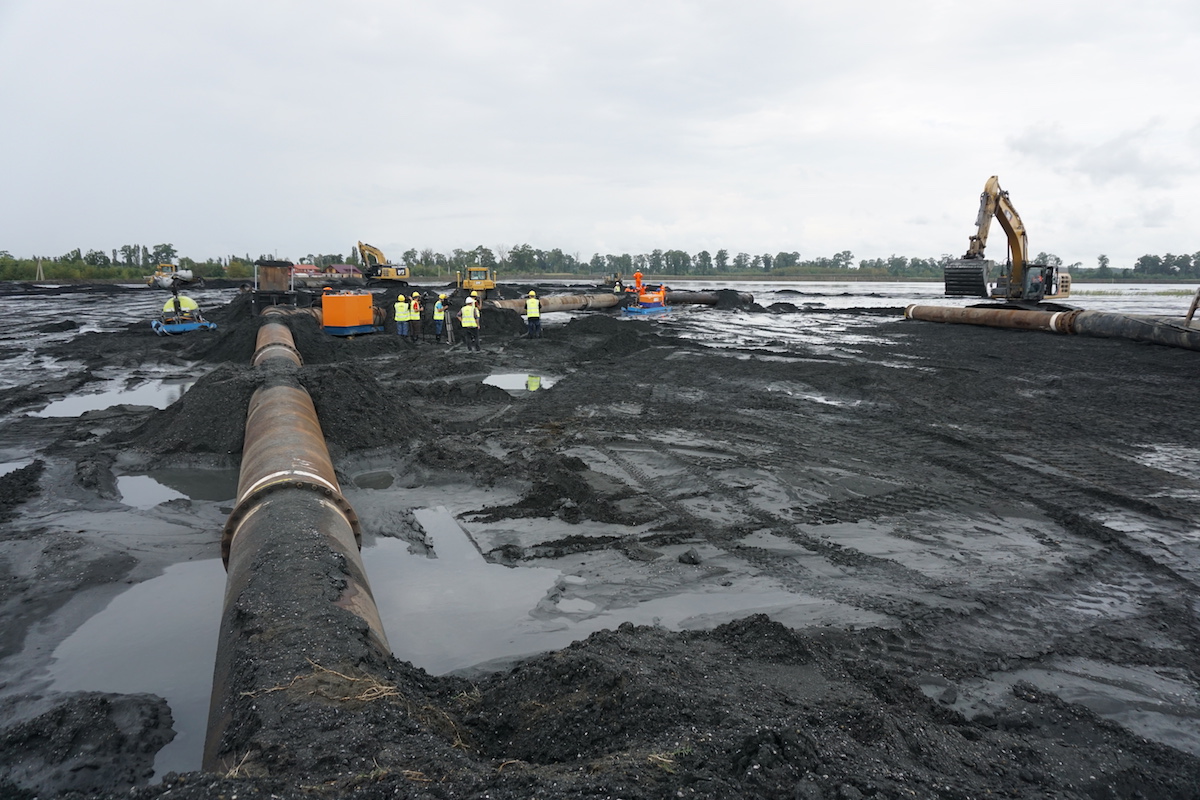 “This project involves investors from various countries and is unprecedented in its scale. Georgian and foreign experts predict that the project of developing Anaklia will create a 60 billion dollar contribution,” says the founder of the Anaklia Development Consortium, Mamuka Khazaradze.

While attending the official ceremony dedicated to the beginning of the project, Minister of Economy Giorgi Kobulia stated that ‘completing the project will allow Georgia to be more competitive’.
Go to top

The project is to receive USD 600 million in the coming years and will provide 1,500 new jobs. 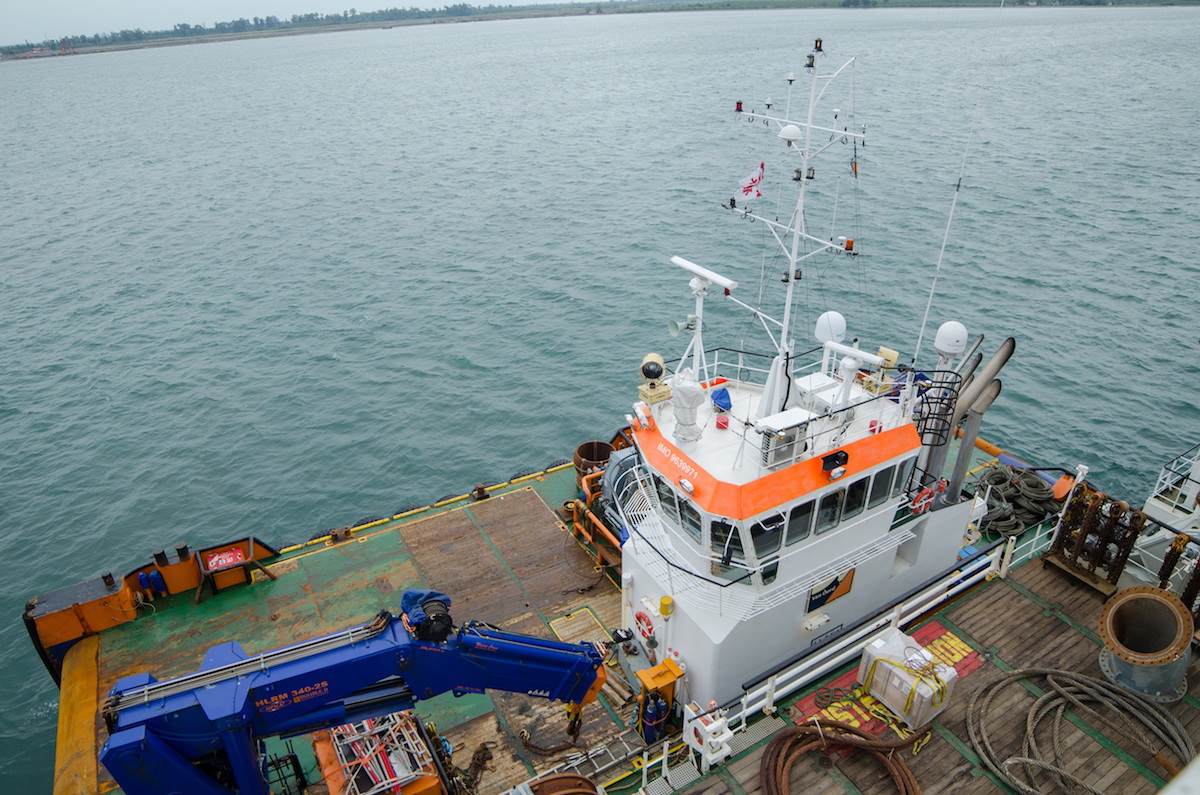 The winner of the construction tender is Van Oord, a Dutch firm specializing in maritime infrastructure.  The same company created the renowned Palm Islands in Dubai, widened the Port of Rotterdam and built the second Suez Canal.

The first phase of construction is to be completed in 2020, when Anaklia will begin receiving its first vessels. Georgia will be able to dock 20-foot container ships (TEU) of Panamax and Postpanamax grade, which no existing port in Georgia is able to do at the moment.

It is projected that by 2021, Anaklia will be able to process up to 1 million TEU containers and up to 1.5 million tonnes of bulk cargo.

•  Construction of Anaklia’s deep sea port will have nine phases in total. The total cost of the project is USD 2.5 billion. The port’s seabed will be deepened by up to 16 metres.