People are against it! And that’s that

What the Tavush residents don’t want

The residents of Tavush village have been protesting against uniting the communities for one week. They have been blocking the highway from time to time, sometimes to prevent the minister from getting into their district, sometimes demanding to meet that very minister and the governor.

A bill on the unification of the communities passed its first reading in the Armenian Parliament last week, though, before the voting took place, some MPs had requested to postpone considering the group of bills concerning the fate of 118 towns and villages. Just like the residents of the communities that are subject to unification, the MPs also believe it’s unjustifiable to take such a step at this stage.

The situation illustrated by one village’s example

Tucked away in the valley among the mountains, the village of Barekamavan was previously called Taknagyukh (the ‘hidden village’). Barekamavan is one of the border villages of the Tavush district. It is located 48 km from the district center, which is the backside of the border. There are Azerbaijani villages on the other side of the Voskepar ridge. The population of the Barekamavan village has been reduced by 120 people when compared with the 2011 population figure. There are 25 pre-school children, 30 middle-aged individuals and the rest of the population are all elderly people. Garik Abazyan, who has been the head of the village for 8 years already, believes more people will leave the village as a result of the community unification process.

“The unification will lead to the depopulation of the villages, especially in the area by the border. The border villages should in the least be given special status. They shouldn’t have been included in the list of the merging communities. The community unification program has stirred up a wave of protest not only in the border village of Barekamavan, but also in the neighboring ones. Locals have gathered in protest under the slogan ‘Our village will remain a village’.

The concept of the protest illustrated by one person’s example

Hrachik Karakeshishyan, 68, is a native of Barekamavan village. All five members of his family oppose the unification process for one simple reason:

“I travelled to Noyemberyan one month ago. I asked a young lady there: I’m from Barekamavan. Would you, please, solve my issue quickly, so that I could return home. She wrote something on a piece of paper and handed it over to me, saying I was 51st in line and I had to wait. And would that be the same every time? Should a man of my age travel to Noyemberyan to solve any issue? Is that just?

I can’t tell whether the unification process will bring anything positive with it or not. But tell me, please, is it right that I will have to travel to Noyemberyan every now and then, especially as I will have to pay 500 AMD (more than $10 US) for a taxi, whereas my pension totals just 28,000 AMD (less than $60 US)? My wife’s pension is approximately the same, and we don’t get any benefits. Why would they do that? 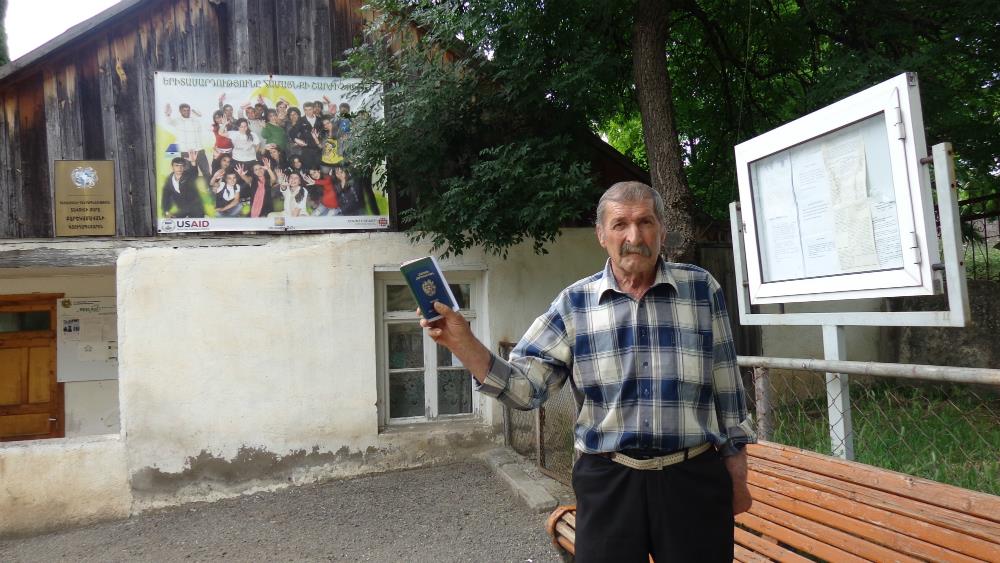 There is no transport in the Barekamavan community. The only means of transport providing a link with Noyemberyan is a vehicle delivering bread, which is designed for only one passenger. Barekamavan residents say the driver is a kind man. Although he is not allowed to take passengers, he always agrees to give people lifts to Noyemberyan free of charge.

The budget of Barekamavan village totals 6.5 million AMD (approximately $14,000 US). The Defence Ministry allocates an additional 3.6million AMD (approximately $7,500  US) and the whole sum is spent on communication and electric power. With these funds from the budget, the village manages to provide 5 jobs for rural administration employees. There are no funds left for any other purposes. The stout-hearted residents are the only thing of value in the village. There is nothing else in the village: neither a ceremonial hall, a library nor a kindergarten. Even the small building of the rural administration is in a deplorable state and needs to be repaired.

“My 8 years of experience shows me that the local self-government increases the villagers’ role in politics, since we raise our problems individually to the ministries with positive results. For example, there was no gas in the village in Soviet times, whereas now gas infrastructure has been completely developed.

I think, in case of enlargement, the small communities within the larger one are unlikely to have any representatives in the council of elders, since there are only 150 people eligible to vote in our community, whereas in other segments of the union, for instance, in Noyemberyan, there are over 3,000 voters and in Berdavan – over 2,000, says Garik Abazyan, the head of Barekamavan village. 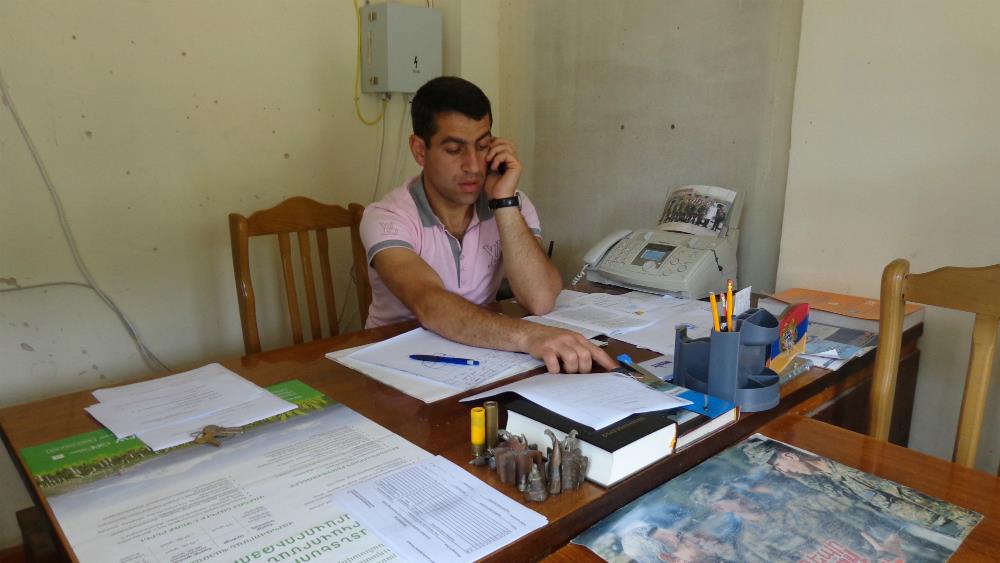 A bitter experience from the past

The Barekamavan community already had experiene with unification in the past. The village was merged with Koti community back in the 60s. The residents claim that that led to no good.

That’s why the residents of Barekamavan village were so actively involved in the protest rally against the unification, held in Noyemberyan a few days ago. Jonik Mikaelyan, the deputy head of the village, was also among the protesters:

“We didn’t get any benefit from it. It has always affected the villagers. Koti is located 10 kilometers away from us and we travelled there for any issue we had. It was hard. The same thing is happening now, but now with more difficulties.

A violation of the Constitution

As it is prescribed in Article 190 of the country’s Constitution (Chapter 9: Unifying and Separating Communities): proceeding from the public interests, the communities may be merged with each other or separated from each by law. When adopting a law, the National Assembly should take due account for the communities’ opinions.

This article of the Constitution is known by the majority of Barekamavan residents. This legal provision was violated, since, firstly, Barekamavan residents were not notified about the aforesaid decision and, secondly, their opinion was not only disregarded, but no one even asked them for it.

“Unification could possibly be a good thing, but I don’t know, we haven’t been notified specifically about it and we have no information about it. The villagers are now collecting signatures that will show who is ‘for’ it and who is ‘against’ it, and we will see what will happen next. 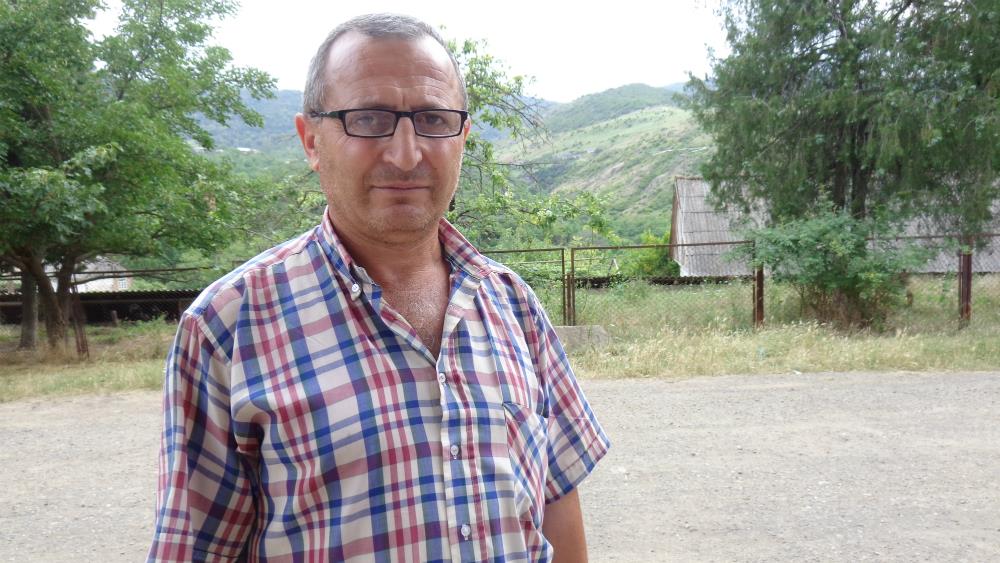 Hrant Abazyan, a resident of Barekamavan village, noted that what really caused his and all the villagers’ indignation, was the lack of information:

“It’s probably a good program, but the villagers don’t possess a sufficient amount of information about it. Before launching the project, they should have trained serious specialists, sent them to the village, presented all the pros and cons of the project, and the people would have made a decision based on that. Perhaps they would have voluntarily agreed to the decision. It’s not that the government wishes us well and that we, ourselves, don’t.  It’s us, first, who wish ourselves well, and then they follow suit.

In Hrant Abazyan’s opinion, the villagers were able to present their claims and the issues of their primary concern at the meeting with David Lokyan, the Minister of Territorial Administration and Development, held a few days ago. However, they did not get the answers they wanted to hear.

“Anyone who comes from higher a higher position is “their man”. He wouldn’t say that the program is bad, would he? On the contrary, he would try to justify himself, vividly presenting all the details of the positive side of things, rather than showing the actual state of affairs. However, this still cannot convince the people, you can just ask anyone,” says Hrant Abazyan, a Barekamavan resident.

Our neighbors are also against it

Signatures are being collected not only in Barekamavan, but also in other communities of the district of Tavush. Garik Abazyan, the head of Barekamavan village, points out that this issue would not have received so much publicitiy if it had not been raised so unexpectedly:

“Does this mean that a man will wake up one morning and learn that he lives in another community? Actually, it seems so. The local self-governance strengthens such communities like ours, whereas a unification weakens it.

What rights will a plenipotentiary envoy have? He certainly won’t have the same rights as the elected village head. In communities similar to ours, the leadership does a lot of things that is beyond the scope of their duties. For example, the head of the community settles each family’s health related issues. He may go to Yerevan for a couple of days for the sake of a single resident, in order to help him solve health problems or  issues with receiving benefits, etc.

I’m not saying that the head of a united community will not do the same or will be bad. But he will be physically unable to deal with those issues because of his overloaded schedule. It’s not a struggle for place of employment, but rather for the prosperity of the community.”