The end of fear

Thousands of people took to the streets on Sunday to express their aversion to the Russian corruption. The protest had a vast geography, covering Vladivostok, Khabarovsk, Perm, Chelyabinsk, Voronezh, Yekaterinburg, St. Petersburg and Moscow.

I witnessed only the one protest in Moscow, but there is something I can compare it with. I haven’t missed a single mass protest rally in this city in over 20 years.

What happened in Moscow on 26 March 2017 was the largest unsanctioned people’s demonstration since 1991, when Moscow residents gathered outside the White House which marked the beginning of the end for the USSR.

Since then, it often happened that a massive number of people would take to the street, sometimes 50,000, or even 100,000, but those were government sanctioned rallies. As for this one, it wasn’t just unsanctioned, the authorities outright banned it and intimidated those who were going to participate in it.

Some new people joined in as well – some very young, some students and school pupils and even many young couples. There were also some protesting veterans, but they weren’t the majority.

And those young individuals brought something that Moscow’s streets hadn’t seen for quite a long time – a freedom from fear. It wasn’t just a thoughtless chest-thumping. They went there, knowing that they were running the risk of being battered, captured, sent to the police station and later tried. They deliberately risked their health, freedom and quite a prosperous life, judging by the way they were dressed and the costly gadgets in their hands.

Battered and arrested they definitely were. Over 3,000 people were arrested in Moscow alone.

But there is almost no doubt that officials failed to intimidate the protesters.

They will return. For me, there is one clear indicator that this is going to happen.

Nothing can be done, either through force or cruelty, to a crowd where young men are ashamed of retreat, because they will thus be seen as ‘lesser men’ in the eyes of the girls standing beside them. This incentive to offer resistance may seem ridiculous, but it’s actually a major one. It was obvious in Moscow, on 26 March.

They will return, because fear is shameful.

It means that the situation in Russia has moved off of dead center. The massive nature of the new protest, its geography and the average age of its participants, leave no doubt about it. However, nobody knows so far how and in what direction it will develop. The only thing that is clear is that it won’t be the same as it used to be.

A young man with a poster that read ‘Now you hold on, Dimon!’ told his girlfriend: ‘If they screw me up, I told my mother just in case that I’m going to stay at your place overnight. So, don’t give me away, got it?’

She looked at him with admiration and answered: “Well, if they don’t screw you up, you can stay at my place overnight anyway, can’t you?’

Someone in the crowd on Pushkin Square watched a live broadcast from St. Petersburg and reported to others that the city on the Neva river put forward a slogan that had been popular on Kiev Maydan (square): ‘Whoever doesn’t skip is a Dimon!’

The crowd immediately responded by hopping on one place.

An elegant lady in a luxurious fur coat and diamond earrings was closely watching the policemen grabbing and dragging people into the cars.

‘My God,’ said the lady dreamily, not addressing anyone in particular. ‘If only we could live to see the day that justice is served!’


Suddenly 4 ponies appeared on Pushkin Square amidst the noise, chanting, policemen hunting people and the electrifying atmosphere. Those were the same ones that worked on the square every day, giving kids pony rides for money.

‘The cavalry has showed up!’ one of the protesters exclaimed welcomingly.

‘What’s going on here?’ asked the pony’s owner, a completely apolitical lady. Someone explained everything to her and then asked in turn: ‘Are the horses also against Putin?’

‘They aren’t horses, but ponies,’ she answered strictly, ‘but, generally speaking, yes, they are.

Are there any children here? I am offering a free pony ride today.’

There were quite a few children present. A boy of about 12, who came with his mom, suddenly shouted in a high-pitched voice at a policeman who was attacking yet another victim: ‘Assholes!’

‘Petya,’ the mother told him in a stern voice, ‘you should behave decently. You aren’t at school, you are at a rally.’ 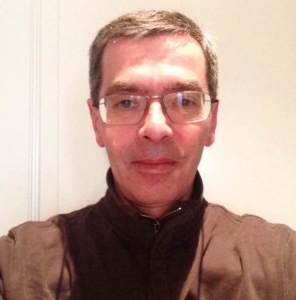