Measles outbreak in Georgia: why can’t the ‘ignorance virus’ be conquered?

Georgia ranks third among the seven European countries with the largest number of measles cases this year. Most of them have been recorded in Serbia, while Ukraine is in second place.

The highest mortality rate was recorded in Serbia, where 14 people have died. Three people died in Georgia in 2018, with 2,000-2,200 measles cases detected in Georgia.

By January 2019, the situation had worsened – the National Centre for Disease Control has announced that there is a measles outbreak in Georgia.

From 1 January to 17 January, in just 17 days, 312 cases of measles were registered in Georgia.

“Measles mainly affects the age group from 20 to 40 years. 56-58 per cent of those infected belong to this group. As for the remaining age groups, eight per cent are infected from age 0 to one year, and 14 per cent from one to five years old,” says the head of the National Centre for Disease Control, Amiran Gamkrelidze, in an interview with Netgazeti.

These rates are growing, as a significant part of the population is still not vaccinated. The only thing that can stop measles is the vaccination of these people.

In the civilized world, measles has long become a controlled viral infection. Why is Georgia unable to overcome it?

The article was written and published in October 2018 in response to a rise in measles cases in Georgia.

Georgia ranks third among the top seven European countries where the number of cases of measles has increased the most, show data from the World Health Organization. Since the beginning of this year, 1,400 cases have been reported, two of which have been fatal.

The first case of measles was reported in January when a hospital worker in Guria, Western Georgia, fell ill. The illness later appeared in Adjara and spread throughout most of Western Georgia. 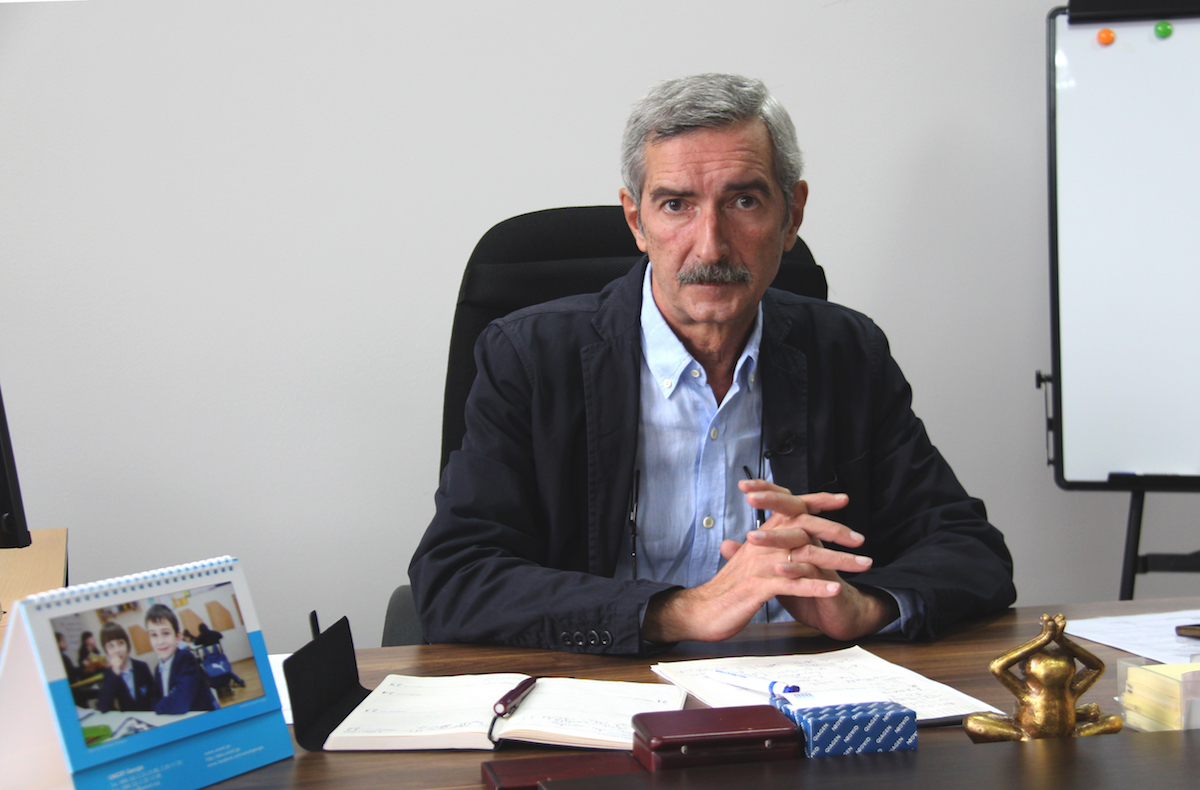 Specialists predict that the number of people infected will increase. Those that have not had measles in the past and who are not vaccinated against the disease are most at risk. The National Centre for Disease Control reports that there are about half a million people at risk in Georgia.

“Research shows that these are people between 20 and 40 years old. As the number of people who are not vaccinated against measles remains high, the disease will spread,” says Paata Imnadze, the centre’s deputy director.

Vaccinations against measles were first introduced in Georgia in 1968. Before that, the disease was popularly known as batonebi [ed. the Georgian word for ‘sirs, masters’] and was treated with folk medicine.

Fifty-eight-year-old Dali remembers well how she and her sister fell sick with measles: their grandmother hung red velvet curtains on the windows, put red roses in vases and strongly warned the residents of the home not to curse or argue. The children had to sing in order not to anger the batonebi, or masters. The illness took its toll on them – Dali’s hearing suffered, while her sister had trouble with her hearing and vision.

“We gave both our children scheduled vaccinations. Considering my own experience, I didn’t want to risk their health,” says Dali. However, in Georgia there are many people that think differently and do not vaccinate their children. Official data has it that 10 per cent of children up to six years of age are not vaccinated in Georgia. 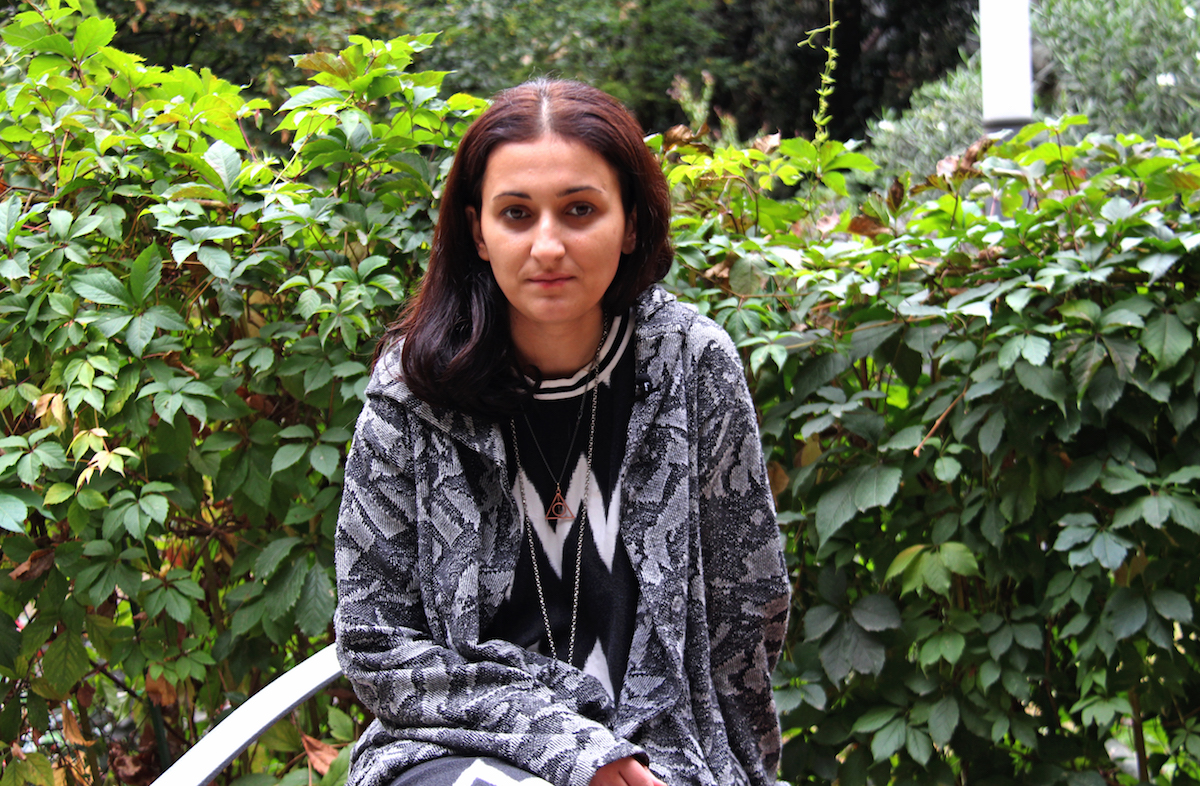 Irina Aliashvili is a young mother who has ensured that her three-year-old child receives all the necessary vaccinations. Aliashvili searches for the best doctors and reads up on information pertaining to vaccinations herself.

“I didn’t find any reliable information anywhere that supported the idea that vaccinations can give rise to serious complications or illnesses,” Irina said.

Nini Tvalavadze is 25 years old. She is the co-founder of the NGO Vaccinations and Risk Factors, which collects and distributes information about the dangers of vaccines. Nini asserts that there are many side effects to vaccines which she herself has experienced:

“I began having epileptic attacks when I was five years old, and they continued until I was 18. I was afraid to go outside because I did not know when I would have an attack. The doctors didn’t understand what was the matter with me. Then we realised that it all began with a scheduled vaccination.” 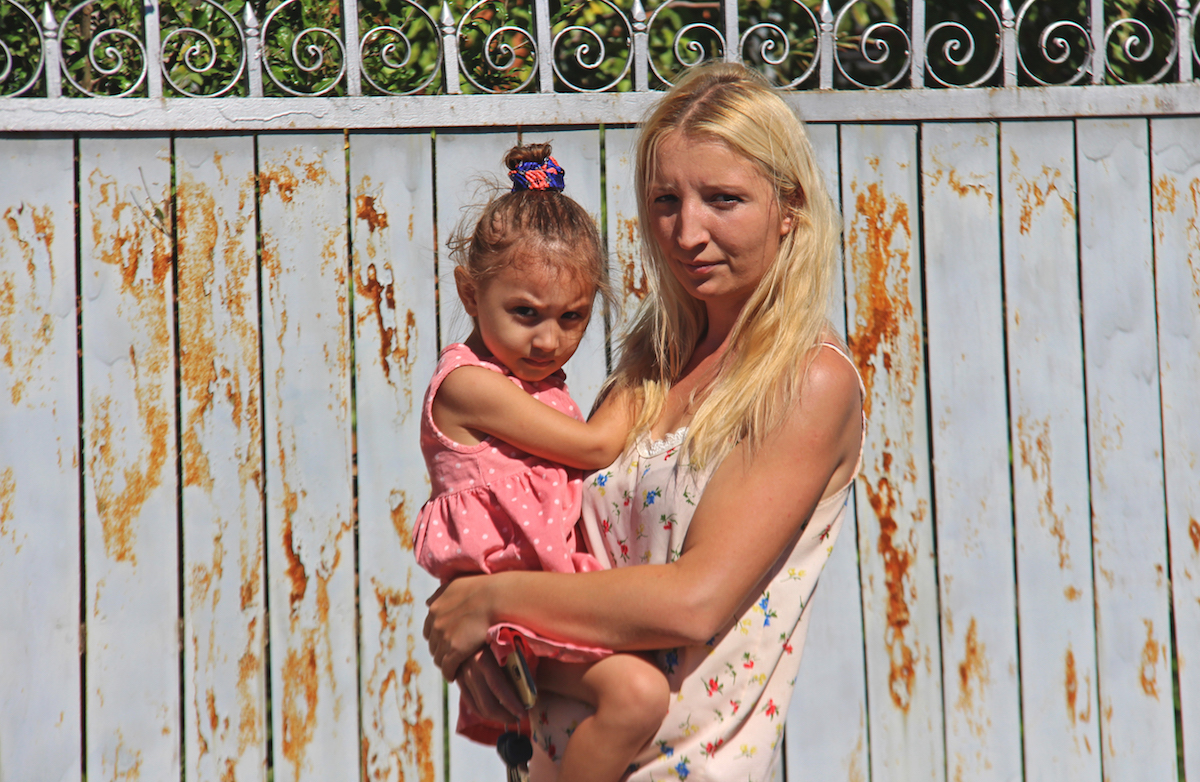 Nini’s daughter is three years old, and aside from vaccinations against tuberculosis (BCG) and Hepatitis B, she has not received any scheduled vaccinations.

Nini says she gets her information about the dangers of vaccinations from the internet and that she herself studies the cases she has come across.

“There was one case where a child received a vaccination and later became autistic. Another child lost an arm after getting polio from a vaccination,” she says.

Nini says that, despite the fact that she hasn’t been vaccinated, her daughter is not ill and has a good immune system. Because of this she does not intend to begin vaccinating her in the future either.

The Centre for Disease Control denies all claims that vaccinations can cause illness or complications, and attests to the quality of available vaccines.

“We only get high-quality European vaccines in Georgia. After the 1990s, there has not been a single case of complications or infections after vaccination,” says Paata Imnadze.

Imnadze says there are practically no complications associated with the measles vaccine.

“The worst thing that can happen is an allergic reaction, but we have not had such a case to date.” Imnadze says that such cases are very rare, one in a million, and even in these cases a doctor can always act quickly and provide urgent care.

Is disinformation to blame?

Specialists say there are two reasons behind the epidemic in Georgia: the failure of the 1990s immunisation programme and the subsequent refusal of parents to vaccinate their children afterwards.

In 2008 the government planned to have one million people between the ages of 6 and 27 vaccinated. However, only about half of their target was reached.

“A media campaign began which attested to the supposed harms of vaccination – even I became afraid. The programme, of course, failed,” says Paata Imnadze.

There are several myths in Georgian society pertaining to the use of vaccinations. Many continue to think that vaccinations can cause autism.

The greatest harm to regular vaccinations in the world was caused by an article by English scientist Andrew Wakefield in the Lancet journal in 1998 in which he claimed that a measles vaccine was causing autism.

It was later proven that the article was paid for and falsified. The journal issued an apology and had the article redacted. However, the lie spread like a virus: the consequences of that article in Europe and the USA have more or less been overcome, but in Georgia it has been difficult.

“The Russian propaganda machine took an interest in the topic of vaccination against measles. It has been shown that Russian trolls have been involved in the dissemination of disinformation across European social media and internet sites,” Imnadze says.

The Georgian parliament is looking at a bill which will make vaccinations mandatory. Should parents be unable to show a document attesting to their child’s vaccination history, children will not be accepted into schools. The bill was accepted in its first reading.

However, the NGO Vaccinations and Risk Factors is gathering signatures to prevent this bill from coming into force. Activists of the movement say they will come out in protest.

Measles is a viral infection that is transmitted via the air. It is easily spread and the risk of infection is particularly high in populous areas. The measles virus causes fever and a rash on the skin and pus in the mouth. Sometimes it causes complications in the form of ear, lung or brain inflammation. According to the World Health Organization, one in 1,000 cases of measles are fatal.

Symptoms should immediately be brought to the attention of a doctor.