Living near the ‘Yellow water’

Sarysu Lake [literally translated as ‘yellow water’-ed.] in the south of Azerbaijan, is the largest lake in the country. It’s the only source of subsistence for many residents of the surrounding villages. People catch wild birds and fish, either for themselves or for sale.

Sarysu owes its name to the reed beds, rather than to some specific water. They fade in the sun in summer and then the river banks become yellow till the next spring.

Vahid Aliyev, a hunter, unhooks the boat mooring chain from the wooden pier. Meanwhile, others are already returning from the hunt.

Here, every morning starts with the sounds of hunting gun shots and bird squalling. Ducks, geese, coots, spoonbills and gray herons could be found on the lake. Spoonbill has been included in the Red List of Endangered Species and hunting it is prohibited.

Sahib, a hunter from Sabirabad, is one of those who goes to Sarysu Lake to earn his living. Every day he puts on hunter’s clothing, boots, takes his gun and goes hunting. He’s been doing so for 40 years already. He mostly hunts coots. He says many people don’t like coots because of their specific smell and meat color, but due to the lack of anything better, they will be glad to catch it too.

Alongside the dirty roads, the locals also suffer from unemployment. There are also problems with public utility services: gas is only supplied to the district center and a few villages, but the rest of the villages still use firewood which, for example, has led to deforestation of the Yukhary-Akhtachy village.

The water pipeline isn’t functioning either. Fortunately, there is the Kura River in the vicinity. So, people fetch water from there.

Local residents are mostly engaged in livestock breeding. Therefore, there are straw bricks and haystacks in many yards here. 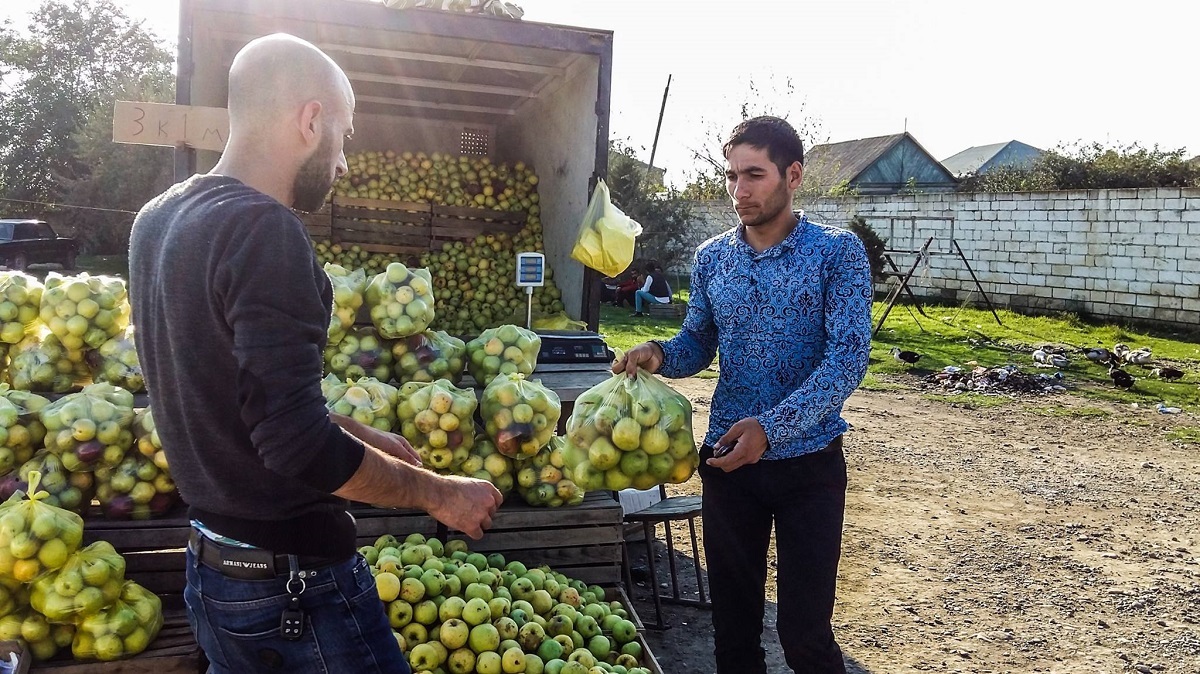 The unemployed youth in the villages of Sabirabad province are looking forward to the beginning of the cotton-picking season. Like, for example, Malik Aliyev. He says that last time he was harvesting cotton on other person’s land plot and selling it for 10 qepik (Azerbaijani coin) per kilo. His daily earning didn’t exceed AZN 10 (about US$ 7) at best. On such days he could afford buying not only onions and potatoes, but also meat.

Malik now sells apples on the roadside. He charges AZN 1 per 3 kilos, which is a ridiculous price by Baku standards.