Life on the border: shelter and defensive walls most important of all

The office of the ombudsman of Armenia compiled a report on the situation in the villages close to the border with Azerbaijan which was commented on by the press officer of the Department for Public Relations. A village elder from one of the border-zone villages spoke about the lives of people in these areas.

The ombudsman of Armenia, Arman Tatoyan, decided to address the issue of border-zone villages after a steep increase in violence in this zone in the summer of 2017. Representatives of the office periodically visit the border-zones of the Tavush district in order to observe the situation and to gather facts about shootings from the Azerbaijani side.

This year three reports have been published. Their aim is to present information concerning the violation of the rights of residents of border-zone villages that live under the constant threat of being harmed. The reports were presented to local and international organizations and diplomatic missions active in Armenia.

One particular report was put together documenting shootings in the border-zone villages of Vazashen and Barekamavan in the Tavush district which occurred in October. 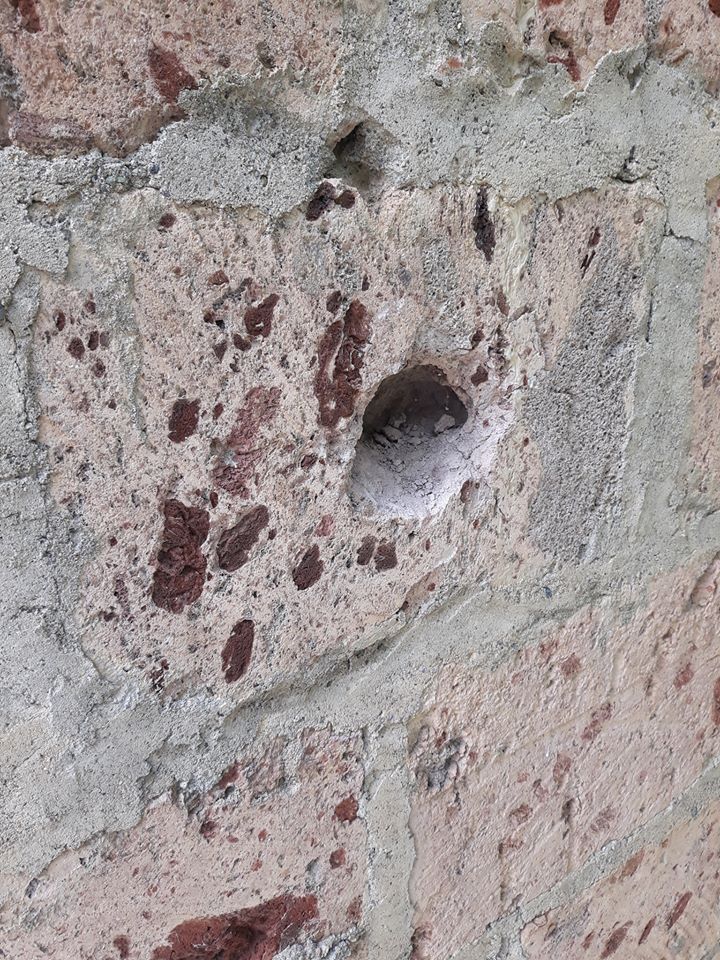 The Head of the Department of Public Relations of the ombudsman, Mikael Khachatryan, says: “Special attention was paid to fires that broke out near the village of Barekamavan. We spoke with local residents and the leadership of the nearest settled villages. They say that the fire came from the Azerbaijani side which spread to local pastures.

“Moreover, evidence was found which indicated that the school building was specifically targeted. Many children do not go to school because they will likely be killed. There are a few cases when parents refuse to send their children to school because it is in a dangerous zone.”

The normal rhythm of life is consistently broken here, especially when things heat up on the line of contact between Armenia and Azerbaijan.

Just one visit to this place is enough to understand that the conflict has long since expanded into the territory beyond the unrecognised state. The consequences of the conflict are felt by people who live in the border-zone villages of Armenia and Azerbaijan.

“Shoot-outs here are no longer anything new or surprising. This is by now a normal situation – although the Azerbaijani side shot more often this year. The school in our village is shot at, but the children of course have to go to school even though there is still the threat of danger. All the children are perfectly well-aware of what to do: when they hear shots being fired, they move to a safer building or area,” says the village elder of Vazashen Lorik Badiryan.

But it’s not only education that is affected by the shootings.

“Land plots of many villagers are visible from the other side in plain view. That is to say they are in the affected area, and there, farming and harvesting has become incredibly difficult,” says Mikael Khachatryan, an employee at the ombudsman’s office. 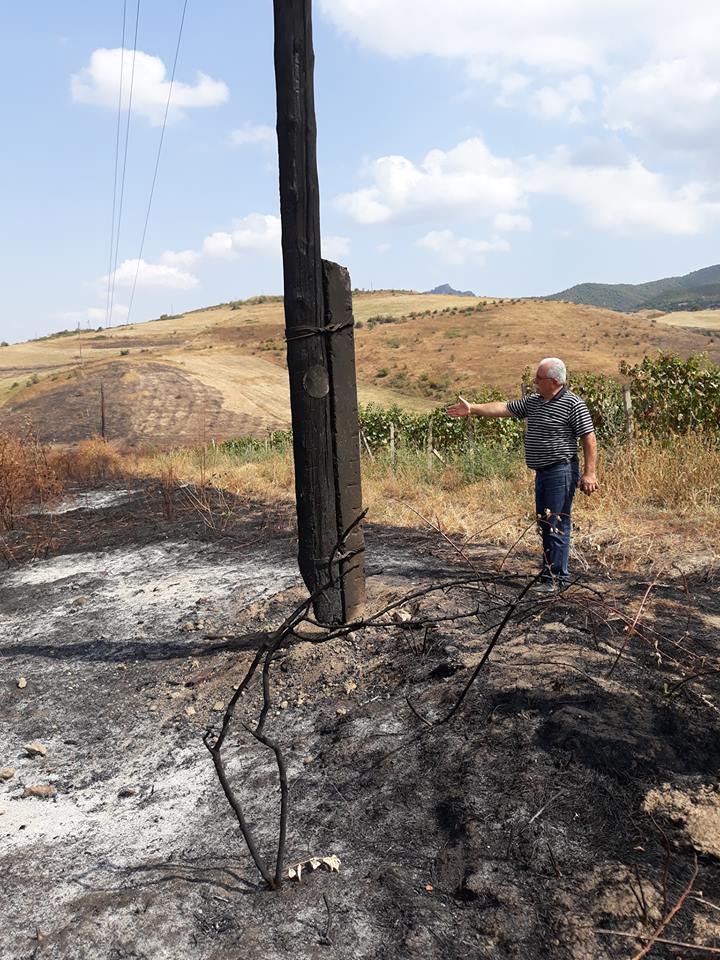 His words are confirmed by the head of the community of Vazashen: “The land plots of our villagers are in the zone of active shooting. Many have already simply forgotten what farming is, what keeping a garden is. In this regard, many people just don’t talk about the harvest – life is of course more precious. It’s only when the Azerbaijani side begins its harvest that we are able to get to our own plots.”

“This is a way to make sure that the Azerbaijani side won’t shoot because their land plots are also in the affected area under the watch of the Armenian armed forces,” explains Mikael Khachatryan.

The ombudsman’s office believes it’s important to bring the results of their observations to the attention of international organizations:

“The results of the study were depicted on a map and are available to anyone. With the help of Google Earth, marks and points were set up on the map to show the settled villages and also the homes and other buildings that ended up in the area affected by the Azerbaijani armed forces in September. During the process of compiling the report, the ombudsman enlisted the help of civil society and the media as well.

“We submitted our report to the Institute for the Protection of Human Rights in Denmark, to the International Ombudsman Association and to the diplomatic organizations of foreign states. The International Ombudsman Association is a good platform from which to distribute information that is vital in terms of human rights. In specific and concrete situations it can even react to certain events,” says Khachatryan.

In directing the attention of the international community to problems of residents of border-zone villages, the office of the ombudsman has no hopes that there will be less shootings in the area or that they will stop completely. However, these reports are legal documents on the basis of which a real description of the situation can be made.

“The office of the ombudsman is in this way a neutral structure, and the documents they have produced are reliable pieces of evidence. The events that we have observed point to the fact that shootings happen most often in crowded areas. At night, generally, homes are sniped at and during the day schools and kindergartens,” explains Mikael Khachatryan. 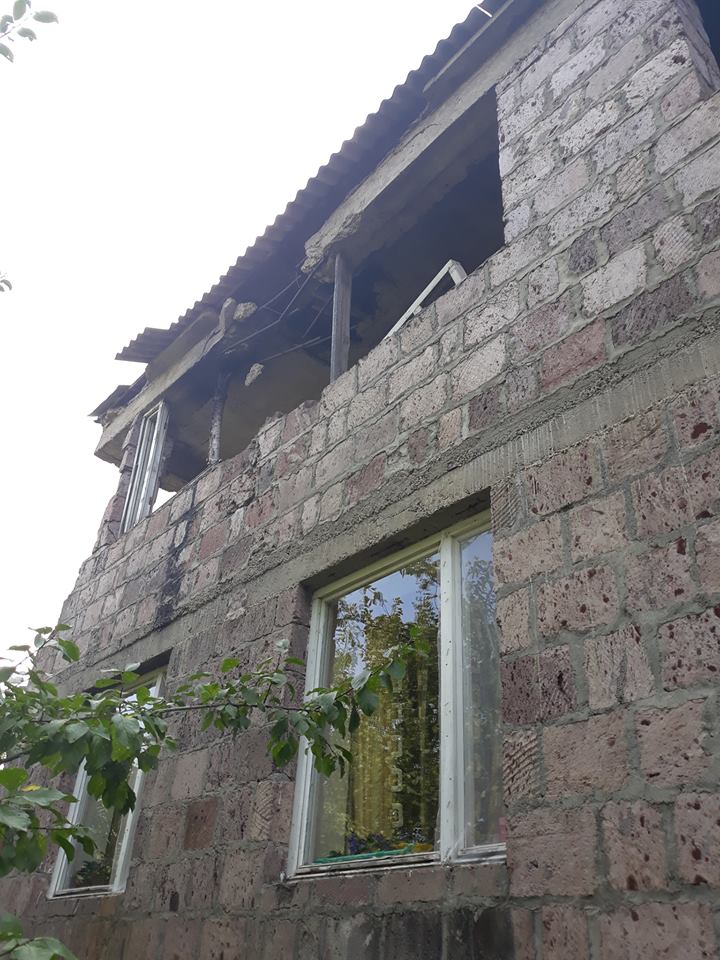 Khachatryan says that specific measures to protect children in schools and kindergartens have been taken: they are blocked off by defensive walls. But that’s not enough: “We assessed the real needs and offered to fortify the defensive wall in order for parents to feel safer about sending their kids to school. We also offered to mend a defensive shelter.”

Humanitarian questions connected to shelters and defensive walls are dealt with by the International Committee of the Red Cross. There has already been a positive answer from the organization, and the ICRC will take recommendations of the ombudsman concerning the needs of the local population into account. Mikael Khachatryan was not able to present other details of the report given their confidential nature and in order to avoid politicising this fundamentally humanitarian problem.

In the reports of the ombudsman there are also records of the material losses of the residents of the village.

“Homes, cars and other things were affected. This has all been documented. But it’s difficult to say whether there are mechanisms to compensate or restore damaged property. We don’t really have such institutions,” concluded Mikael Khachatryan.