Armenian opposition has no reasonable program and the authorities resemble officials’ trade union." />

Armenian opposition has no reasonable program and the authorities resemble officials’ trade union.

Alexander Iskandaryan, a political scientist and Director of the Caucasus Institute analyses the domestic political situation in Armenia 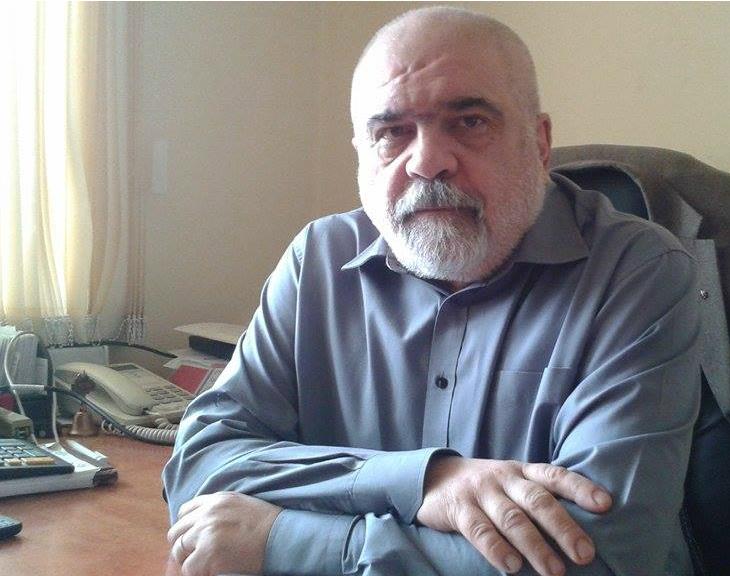 There were two processes in Armenia in the past three years.

The first process was that the Armenian Republican Party occupied nearly all political platforms. As a result, political decision-making is in their hands. The Republicans won the election marathon, securing a victory in the presidential, parliamentary and local government elections. The elections in Yerevan should be specially noted, since Yerevan is one third of the country and these are the nationwide elections.

This is an absolute victory and the Republicans feel confident, they can rule, taking no account for anybody. As a matter of fact, all political parties, important to a certain degree and represented in the parliament, have a full opportunity to say everything they want and the Republicans see no risk for themselves in it. They enjoy a freedom of speech, organize different hysterics, use the print media, but they can in no way influence the real politics. 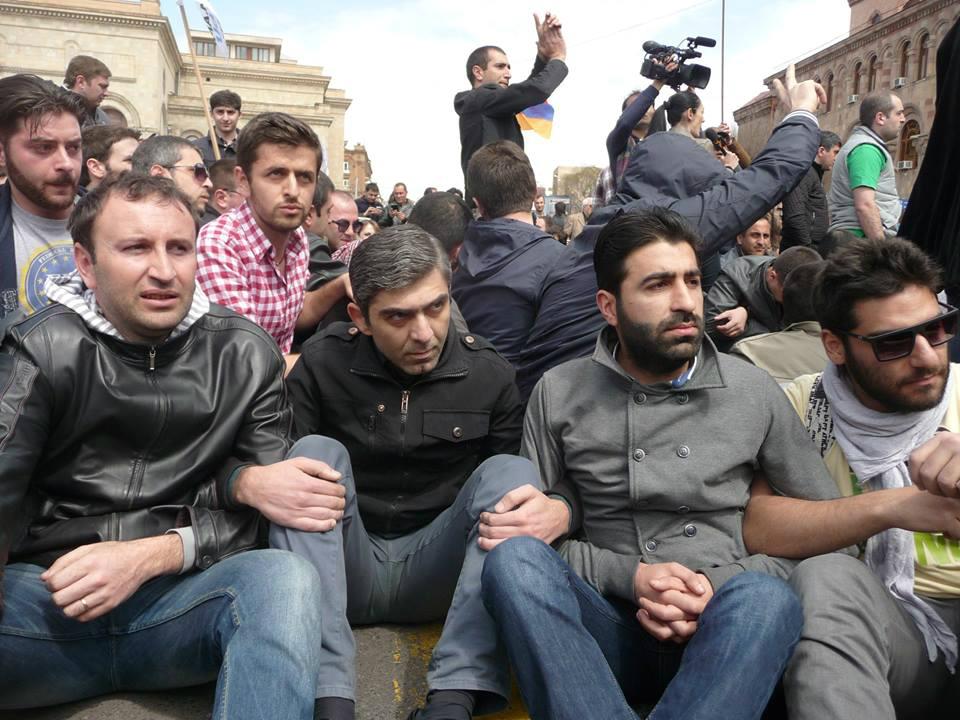 Marginalization or dying of the opposition is the second process. The opposition parties have actually turned into certain clubs, incapable of gaining the electoral power. They have neither financial, human nor media or expert resources for it. Nearly all parties are capable of making maximum a month or month-and-a-half rural tours ahead of elections, but they have no serious representatives in districts, who would work permanently on the ground and could really counter the Republicans.

These parties are personified with a very unreasonable program, based on the principle “let’s change bad guys for good ones and everything will be fine. These people are usually united on the negative grounds- they stand against the authorities. What they are “for is also noted, but it looks very pitiable and far from the ideology: don’t kill, don’t steal, it is bad to steal, it is better to be honest, monopolism is bad, free competition is good, etc.

The leaders of all these parties are usually well-known to the population. For over 25 years, the TV audience see the same persons, speaking about the same things. There are no parties that have performed a long political work. They all are the one-time action categories.

These parties do not want to be a real opposition, they simply want to hold their place, sit in Yerevan, criticize the authorities and publish articles in the Mass Media, as if replacing politics. It is simpler, requires less efforts, because a politician’s job is a very hard daily routine. 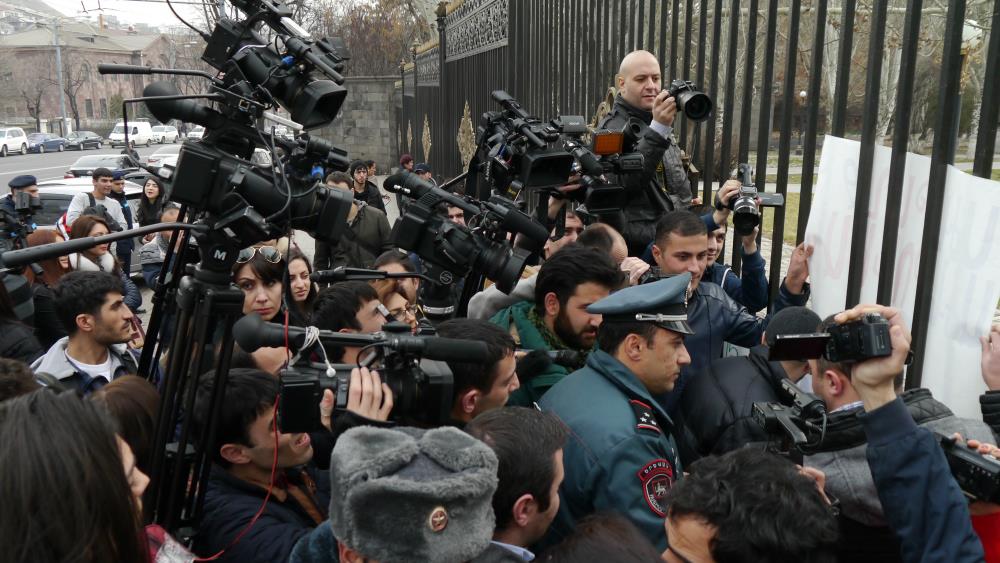 This policy results in rallies, that are very strange from the outside view, such as blocking roads, endless hunger strikes. 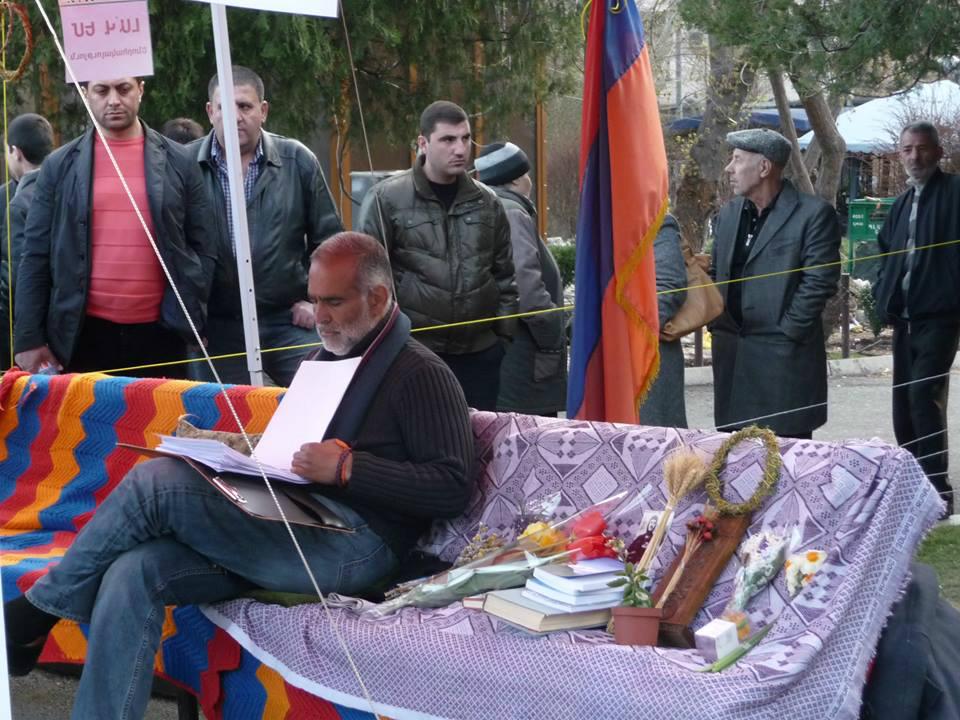 A real political party does not need such extravagant rallies, as it is strong and attracts everybody’s attention; it needs no special effects for that.

On the other hand, the Republicans are not actually a political party. The Republican Party of Armenia (RPA) is a typical party for the post-soviet area, resembling a trade union of business-linked officials.

Thus, I would term the existing situation as “stable instability. The Republicans are strong not because they are really strong and legitimate, but because nothing opposes them. Such world-wide spread one-and-a half party system may exist for a long time.

Therefore, Armenia’s key task is to set up real political parties. It should not be a one-time weapon, some scrap, that may be used for breaking a wall at a concrete election; it should be a permanently working engine. Regrettably, it is not likely that there will be such parties by the 2017 parliamentary elections.

Raffi Hovhannisyan’s “Heritage party is a vivid example of the weak opposition. It got 37% of votes at the presidential election on February 18, 2013. In Yerevan it got a huge resource – 43%, given that Heritage does not resemble businessman Gagik Tsarukyan’s “Prosperous Armenia party. 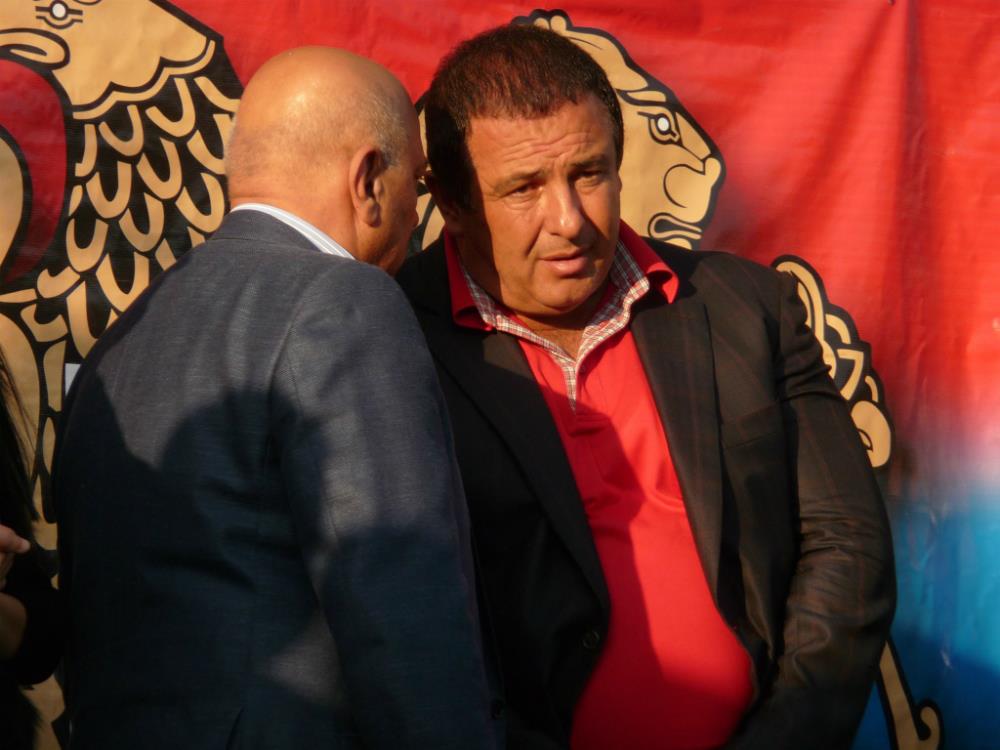 Unlike the “Prosperous Armenia, the “Heritage Party has had no financial resources.

43% of the electorate were the people, who voted for not material motives. 2.5 months later, on May 5, the party got only 8% – five times less, at the election to the Council of Elders, that is headed by that very Raffi Hovhannesyan.

Later the party failed to enter the parliament. At present, the Heritage faction comprises one representative of the party, Zaruhi Postanjan. That is because there is no real party, everything is perceived as one-time weapon for breaking a wall at the elections. No wall could be broken using such tactics. These parties have a revolutionary approach in an indirect sense of this word. They believe, everything will immediately improve f they elect once “right people: oligarchs will disappear, representatives of the civil society or clergy will become businessmen, they will compete honestly – absolute justice will be established. Everything will be according to the books by Adam Smith, who, himself, did not believe in them in the 18th century.

Such idea is a result of the childish political culture. It is very young in Armenia, like Armenia itself – the culture cannot be changed for one day.

Transition to the parliamentary system

Moldova, Ukraine, Armenia, Georgia and Kyrgyzstan are the only countries in the post-Soviet area, where some public policy with elements of democracy, rotation of power, etc. exists. All these countries have transited to the parliamentary systems. Nothing of the kind exists in the rest of the countries with super-presidential ruling.

It could be explained by the fact that the parliamentary system is considered on the post-soviet area as something more European and democratic, though in reality this is not exactly this way. Simply there is a need to make the system more stable. None of these five countries have managed to do it, since changes are required, new political culture should be born and brought up amd a political system should be formed. 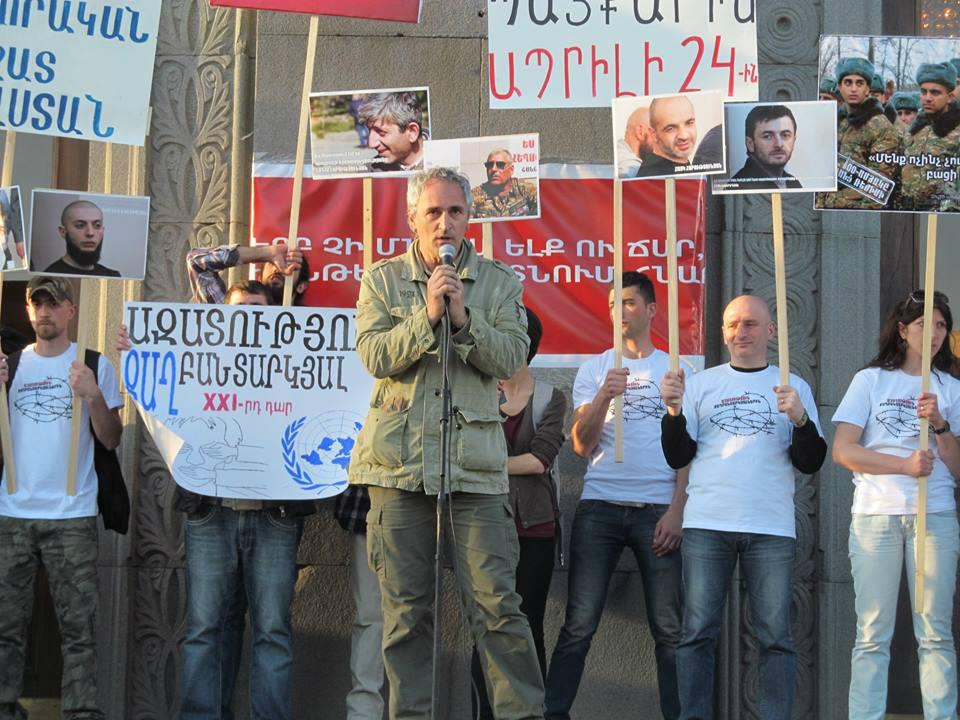 In terms of the lack of strong political forces, constitutional reforms or transition to the parliamentary system have both, positive and negative aspects.

A reform is creation or restoration of a form. Reform is a glass, in which wine should be poured – the developed party system.

If there are developed political parties in this form, they will wrest their segment from the law’s mouth, from the power. It won’t be done for the sake of triumph of justice, for making people happy or for bringing good people on the ground, but rather for getting “a piece of power.

Nothing will change if such parties do not exist; simply the people will now hate the Premier instead of the President.

In Armenia, there has been long a system, under which the decisions are made by a certain elite consensus – by the RPA leadership, by some ministers, officials and oligarchs. They decide how this or that law will function and afterwards a bill is submitted to the parliament.

Now about the positive aspects.

A reform cannot be otherwise implemented. It always implies changing a form with an expectation that it will be filled with something.

In fairness it must be said that the Republicans came to this unconscientiously. They think in differently.

The lack of developed political parties is a key problem of the internal political life of all post-soviet countries, including Armenia. For them to appear, there should be a change in the polictical life culture; not only the politics, but also the type of voting should be changed.

In the West’s developed democracies, people do not vote for pleasant persons, but rather for certain benefits. For example, farmers vote for the party, pledging to allocate an agrarian subsidy, businessmen vote for a liberal party, public officials give their votes for the party, promising some privileges, a combination of which makes politics, where wide social groups’ interests are represented. In our country it is vice versa. The elite’s (businessmen, officials) interests are represented in politics. People take money, vote for a concrete person and those, who don’t take money, hit the square and leave it some timer later. There is demand, but no offer

If a party with serious program, including different spheres of human activity, appears tomorrow, such party will be noticed by all means.

Some kind of “simulacra- copies of non-existing phenomenon, have substituted serious political parties in Armenia. The society has been sick and tired of them, people do not vote for these parties.

Quite understandable, that the people do not vote for the Republicans either, they take the electorate by apathy. Armenian electorate’s standard mood is “it’s an ill wind that blows no one any good. At present, all politicians cause estrangement, while just 10 years ago it was only the elite and the authorities that caused it.

The situation is very interesting: there is a demand, but no opposition. Armenia is expectant with the opposition, but it does not appear – there is no offer. 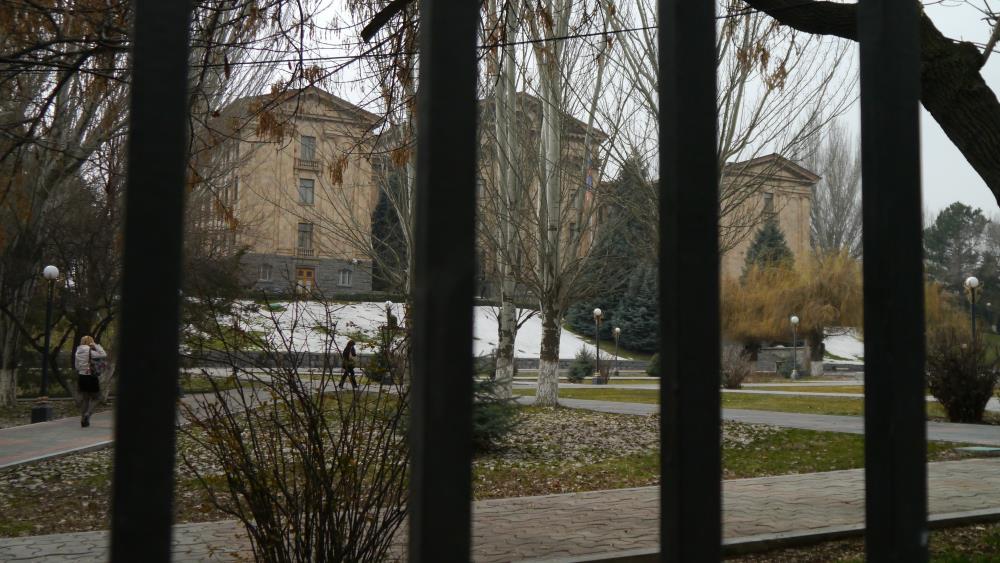 Two ex-presidents on trial in Armenia