The Football World Cup 2016 underway in Abkhazia, under the ConIFA aegis, has become a real hope for those who up until this point have no chance to participate in world tournaments.

Even if we turn our attention away from the effort (and the financial resourses it took) that was put into such a colorful opening ceremony, held in Sukhum, the world mass media’s interest in the tournament was guaranteed right from the start. This could be explained by a political factor, rather than by a purely sports motive.

In western mass media the ConIFA Cup is known by the cliché: “a tournament for unrecognized and stateless separatist people and regions.” However, in reality it’s a tournament for all the football federations unaffiliated with FIFA.

Abkhazia, Northern Cyprus, Kurdistan and Somaliland, all states which have been existing independently for quite a long time, are represented in the tournament, along with the teams from various historical regions, not even thinking about their independence.

It is unlikely that Lapland or Raetia, whose teams take part in the tournament, for them to have more ambitions than they have now. They are not overextending into big politics; they are primarily interested in football.

“It’s the most prestigious international soccer competition you’ve never heard of”, that’s how The Christian Science Monitor announced the tournament. And that’s probably the most precise definition of the Cup that is currently taking place in Abkhazia.

The tournament, which has brought 12 teams together, has really sparked a great amount interest. Over 100 foreign reporters have been active during the tournament. Live broadcasts of the matches are available not only on the Internet, but also on many country’s local TV channels.

Despite the fact that FIFA does not recognize this Cup and the teams participating in it, it has sent its representatives to the tournament anyway.

The class of teams are quite different. Results from the group-stage matches have shown that Abkhazia, Northern Cyprus, Western Armenia, Padania, Lapland and Kurdistan have rather strong teams. These teams have solid players, some of whom participate in rather reputable European tournaments. On the other hand, there are also extremely ‘amateur’ teams.

For instance, the Chagos Island team let in the total of 21 goals in two matches against Abkhazia and Western Armenia, scoring no goals against its opponents. During the match with Abkhazia, the local fans felt pity for the determined Chagossians so much that the whole stadium started chanting in unison: “Chagos! Chagos!”

They demanded fervently to their football players to stop scoring goals against the Africans. The fans’ calls influenced the Abkhaz national team players to a certain extent and they limited themselves to only scoring nine goals, though they could have easily scored a couple dozen more.

Two footballers, by the name of Mandarin, play for the Chagos Island. That has help the local wisemouths come up with the reason why the Africans lost the game: “Two mandarins (mandarine – the Russian word for tangerine) and not a single orange. We play against no one. In addition, citruses feel uncomfortable in summer. They’re not in season.

However, the Mandarin brothers are inferior in popularity to only a football player from the United Koreans in Japan team, whose name, according to his passport data, sounds completely Abkhazian – Shota Ayba. This football player, who was unaware of his popularity (he came off the substitutes’ bench just once during the match), quite seriously stated that his first and last name were not a pseudonym, but his true ones.

Immediately after the match, the representatives of Ayba family took him ‘under their wing’ and even promised to organize a family feast to introduce Shota Ayba to his Abkhazian brothers, as soon as there will be a pause of play in the tournament.

The Korean, in turn, promised to study not only the history of Abkhazia, but also the history of the Ayba family, in acknowledgment of their care and consideration. To prove the seriousness of his intent, he has already learned a few Abkhazian words.

This tournament is not without its minor scandal either. The appearance of two local football players – Armen Kapikyan and Ruslan Trapizonyan in the composition of the already strong Western Armenia team, came as an unpleasant surprise for some of the local fans, especially as this team is regarded as Abkhazia’s major rival in the struggle for the championship.

“It would be better for them if they do not appear on the field in the match against Abkhazia’s national team”, that’s what the patriotic local fans say.

Armen Kapikyan, ‘the hero of the day,’ who scored four goals against the Chagos Island team, modestly states that Abkhazia is his homeland and he definitely is rooting for it. However, Western Armenia is not such a foreign country for him either, since his predecessors came from there.

Though it should me noted that initially, Kapikyan and Trapizonyan had not even been put on the Abkhaz national team’s updated list. In response, they accepted an invitation to play for the Western Armenia team.

However, the majority of local fans view the players’ choice with understanding and the Western Armenia team, which was greeted in Sukhum by traditional Abkhazian hospitality, added that with the care it receives by the substantial diaspora of local Armenians and feels quite comfortable.

“The Armenian diaspora of Sochi met us at the airport, accompanied us to the border and, as it’s said, ‘handed us over’ to the diaspora in Abkhazia. The latter drove us right to the hotel. We are very pleased by such hospitality,” says Anushavan Shakhnazaryan, the head of the Western Armenia team’s press service. 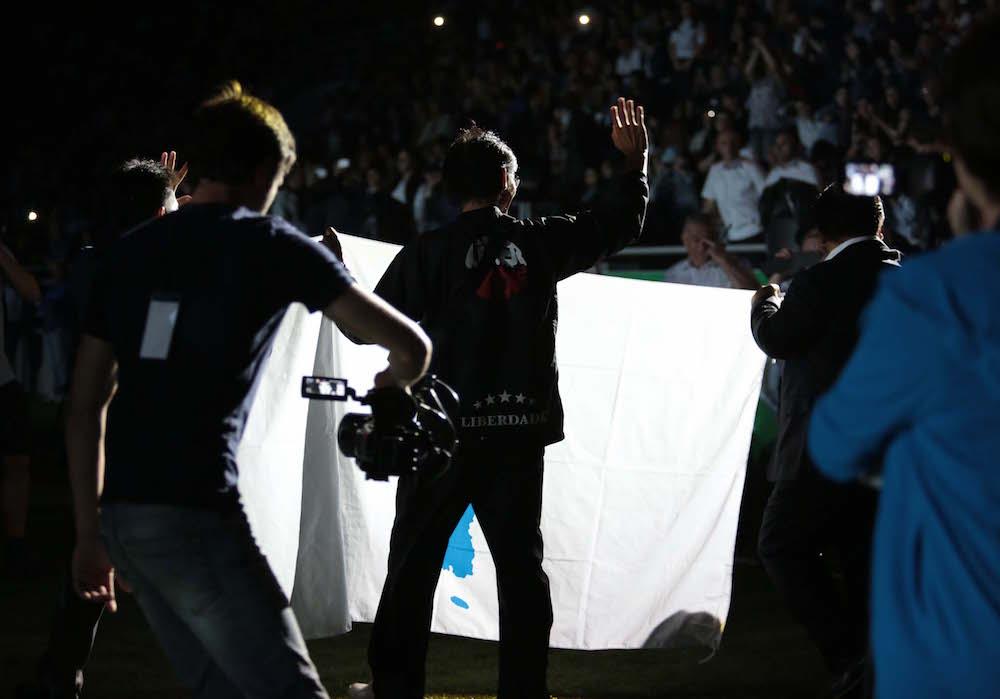 From silk to honey
Vegan cafe patrons attacked with sausages

Detainees from Baku rally driven out of the city and released. Updated