An Italian tradition that has successfully been adopted in Baku" />

An Italian tradition that has successfully been adopted in Baku

Visitors who are short of money may freely enter Anadolu restaurant. Even if if they look poor, a waiter will lead them to a table and serve them as politely and attentively as with any other restaurant guest. 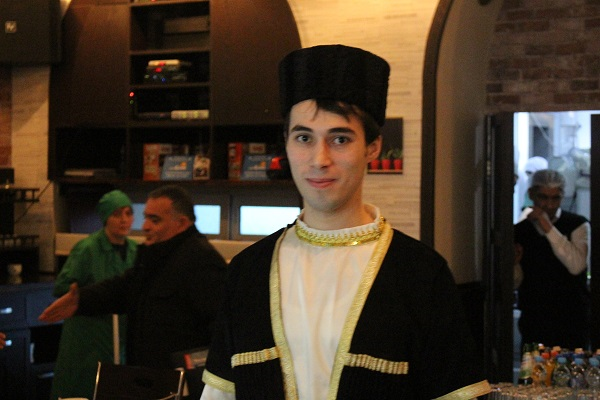 This wonder is part of an action called ‘coffee sospeso’. When ordering a meal, a regular restaurant visitor pays for an extra dish, i.e. ‘suspends’ it, donating it to the poor.

“Suspended coffee (caffè sospeso) is a Neapolitan tradition and is used to pay for an extra cup of coffee (sospeso) in favour of a newcomer. Initially, it was simply a social game, a method of anonymously encouraging people who had no money or were in low spirits on that day.”

Later, suspended coffee evolved into a more fundamental kind of charity: people all over the world ‘suspend’ not only meals in restaurants, but also medicine for the poor and children’s books.

Fikret Khalilov, director of the Anadolu restaurant (which has been operating for over 20 years), says he used to help the poor before as well. “We have never shown off this action, but the poor knew they could come to the restaurant and get some food – either döner or a bowl of soup.” 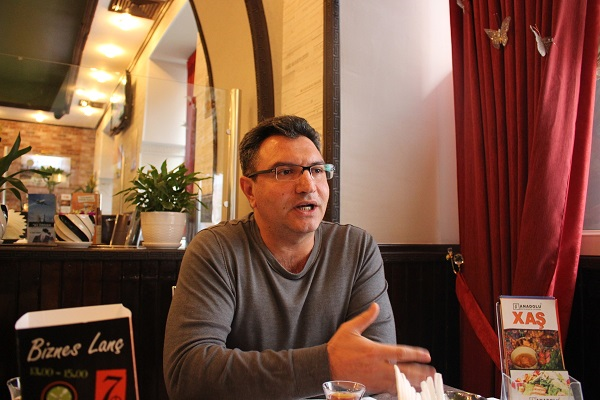 At the end of 2015, just ahead of the second wave of the manat’s devaluation, Khalilov noticed that it was becoming more difficult for the restaurant to carry out charitable activities – few visitors came to the restaurant and, consequently, the income was less. “So, I appealed to the public through Facebook. I announced the launch of the ‘suspended coffee’ initiative. Our clients may ‘suspend’ a cup of coffee or tea, as well as any dish, or simply leave money, and a beneficiary will decide what to order.”

It is noteworthy that for the sake of transparency, all clients who ‘suspend’ items are given receipts, indicating the sum that is ‘suspended’. Apart from this, a list of people, ‘suspended’ meals, as well as those who consume them, is updated daily on a board outside the restaurant. The amounts range from USD 2 to USD 100 and more. 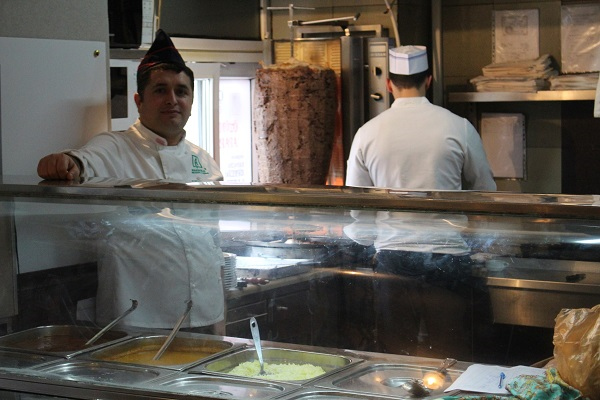 Strange as it may seem, the campaign initially had many opponents, as can be seen through the comments they made:

“How is one supposed to know that a person is poor?”
“How will the poor learn about it? They don’t have Internet.”
“He just wants to increase sales, as coffee will be ordered at the price indicated in the menu.”
“It’s better to buy food and give it to the poor.”
“Why will a poor person even go to Anadolu?”

Azerbaijani social network users so vigorously opposed the campaign, that several articles in which journalists tried to moderate the cynics appeared in the media. 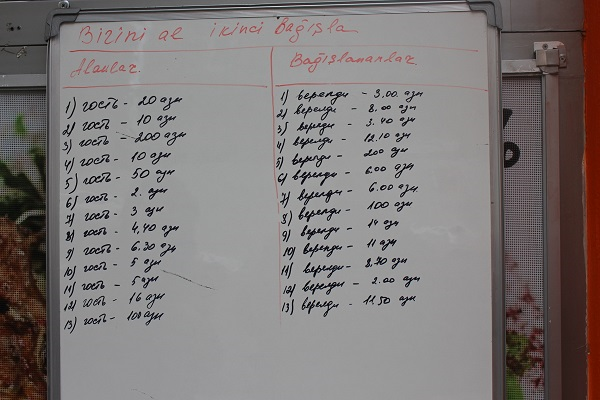 The campaign turned out to be a success. Nowadays, a ‘suspended’ sum even exceeds that donated for charity in the restaurant. Groups can now also be invited to Anadolu, such as children from orphanages, who will be provided with a full menu and not just a bowl of soup.

Other branches similar to Anadolu have followed suite. Each pensioner can get a free bun for breakfast at Bon Appetite Confectionery in the morning hours. 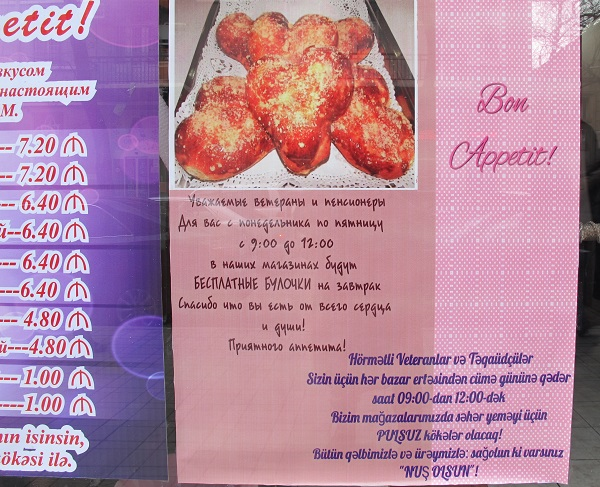 “Dear veterans and pensioners! Our shops offer buns free of charge for breakfast from Monday to Friday, 09:00 a.m. to 12:00 noon. Thank you from our hearts & souls for your existence! Bon appetite!”

The problem is that pensions in Azerbaijan ranges from about USD 100 to USD 200. To have a better idea of these sums, one should know that USD 100 is the cost of a plane ticket from Baku to Tbilisi, the monthly tuition fee for a language course, or two visits to a dentist (if one has dental caries). Therefore, pensioners are considered poor unless they are supported by their children.

The goodwill from commercial organizations is just the tip of the iceberg. A major flow of charity funds and efforts can still be observed on social networks, and it is supported by numerous smaller private initiatives.

Parvina Guliyeva, an activist, has been dealing with the poor’s problems for many years. She created the ‘Dine a Family’ Facebook group, calling on people who can buy food or who can cook two extra dinner portions to share it with the poor. 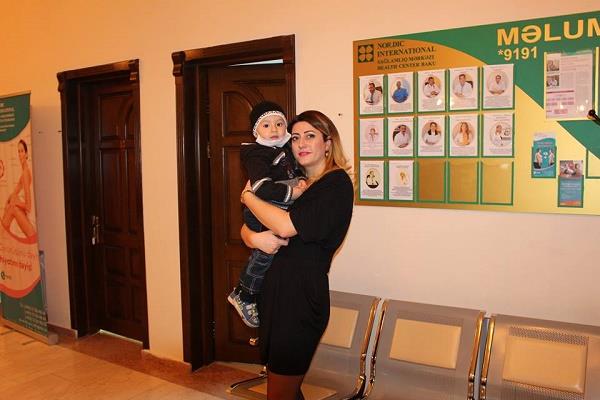 It has worked largely because people could see what their donations are used for: when one donates money, he/she may be doubtful about what it will be spent on, but food is quite another thing. It should be noted that those who donate are not the richest layer of the population. One can see it from the group comments: “We, ourselves, may have food today and tomorrow, but may not have it the day after, but I will cook two extra portions of pilaf anyway.”

Auctions and charity sales are a common practice in Baku. For example, a handcraft exhibition entitled ‘Love Story’ was organized at the beginning of February. “All funds raised from our exhibition were donated for the treatment of two year-old Murad Shamilov who has leukemia,” says Ella Bagirova, an organizer of the exhibition.

Groups with attractive names, such as ‘Give for Free/Accept as Gift’, ‘Free Mutual Assistance’, etc. have become particularly popular on social networks during the crisis. A special file entitled ‘Free Assistance offered by Participants‘ has been created on Baku’s popular disput.az forum. The file contains user names and how they can assist other people – for example, assist with setting up computers and with the IT sphere, services offered by electricians or drivers, doctor’s consultations, household appliance repairs, etc. The ‘I Share Kindness’ group offers home-care services, assisting the elderly, and, among the most valuable services, listen to, sympathize and give some advice to those who feel lonely.

Charity activities in Azerbaijan depend solely on ordinary citizens’ personal will, free time and extra money. This activity is not state-regulated. Communities, mostly on social networks, as well as volunteer movements, are the only possible form of organizations for charitable activities. Charity organizations cannot be registered officially as there are no legislative basis, but it would have made the work more organized and stable. It should be noted that Musa Guliyev, Deputy Chairman of the Parliament’s Social Policy Committee, stated as early as 2013 that the above-mentioned Committee intended to submit a bill to the Milli Mejlis (parliament) on charitable activities and sponsorship. However, it was later forgotten.

Sabina Kuliyeva, a volunteer, has been engaged in charity for years. She has managed to study both the visible and invisible aspects of this hard work. 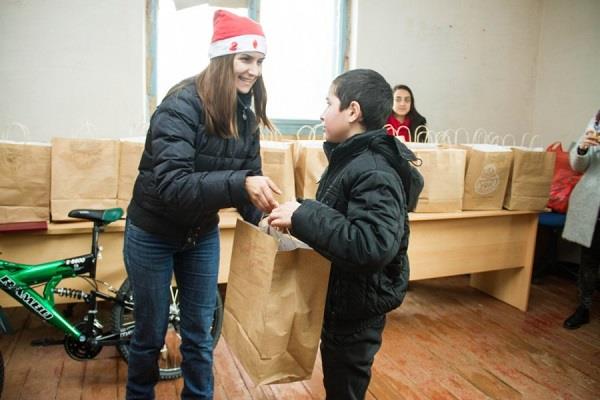 In her words, there are no registered charity organizations in Azerbaijan except for the Heydar Aliyev Foundation. According to official information, the Foundation’s activities and goals are very diverse: To promote the implementation of comprehensive programmes and projects that serve Azerbaijan’s prosperity, and increase people’s welfare through utilization of the rich heritage of the national leader Heydar Aliyev; to develop and implement scientific, educational, cultural, healthcare, sports and environmental programmes and projects, as well as to facilitate the settlement of local social problems, and to assist people with special needs. 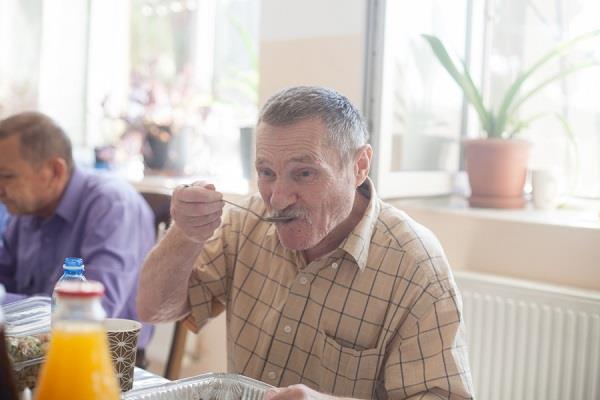 According to Sabina, actions related to particular individuals are implemented when a situation is really critical. For example, assistance in the treatment of little Imran Jafarzade, who had nearly lost both his legs in a summer swimming pool, or the treatment of Zaur Rashidov, an oncology patient whose support group in social networks comprised thousands of people. Both cases were in the public’s focus. Once the Foundation decides to render assistance, it covers all the expenses. “However, it takes a long time and persistence to reach out to them, and sometimes it’s all in vain.” 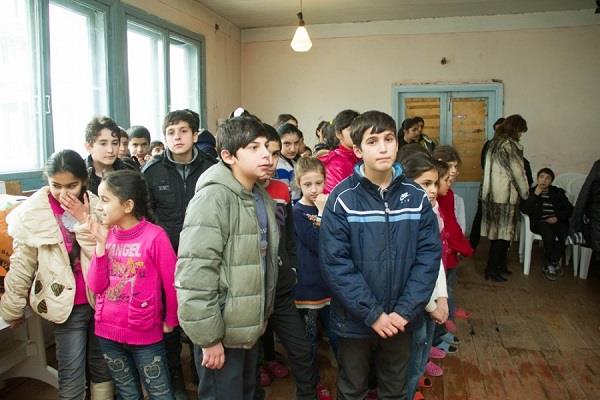 In Sabina’s opinion, an absence of shelters is the most pressing problem in the charity-sphere. For example, sometimes volunteers find elderly people with amnesia in the street who cannot recall their names. Sometimes they are transported to the Psychoneurologic Dispensary in the Mashtagi settlement, not far from Baku. But the Geriatric Department of the Dispensary is designed to accommodate just sixteen people, while there are 86 patients at present. There are few facilities where people can really get help. 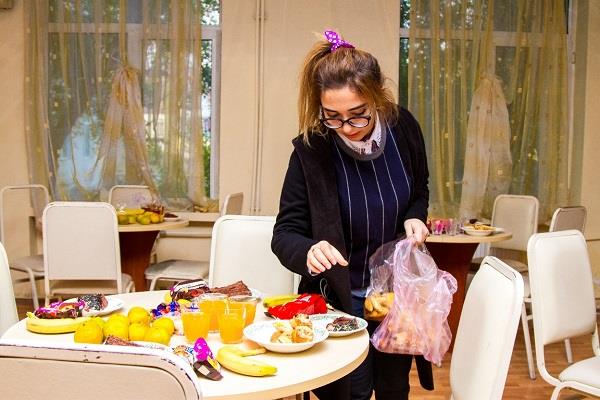 From time to time, homeless people find shelter at the St Theresa Shelter at the Catholic Church, where they receive any necessary medical assistance, get food, have a bath, and wash their clothes. However, this facility can accommodate just 20-25 people.

As far as children are concerned, in Sabina Kuliyeva’s words, the situation is slightly better, but this concerns only Baku. The situation improved after boarding schools and orphanages had been transferred to the Ministry of Education. “Earlier, we collected clothes for orphans in orphanages,” says Sabina. “Whereas now, when we get there, we could see that there is no need for that, since children get everything necessary. As for sweets, they like them, but they do not throw themselves at it. However, the situation in the regional areas are absolutely different. We visited Goychay district; the children there were literally breaking the doors down and clearing the tables of food and toys. Regional orphanages and boarding schools are still under the local executive government’s control. That’s obviously the reason why they are in such a poor condition.”

Sabina has tried on many occasions to get official assistance for her activities: “I appealed three times to the Ministry of Justice requesting the registration of my NGO. Each time they refused under some unreasonable pretexts: once I was told that my organization’s name coincided with that of another organization. Then they did not like that we had notarized the documents in a notary office in another district of the city. Thus, nothing has resulted from my efforts.”

Earthquake in Turkey: at least 31 dead

New Russian minister of culture – loves cursing and has contempt for culture?