Feminist activist Vafa Nagi has won in municipal elections in the village of Khol Garagashli of the Neftchala region in the central part of Azerbaijan.

The final results will be announced on December 29. The elections were held on December 23, and most experts agree that they were the most unusual municipal elections in Azerbaijan.

The peculiarity of these elections consists, first of all, in the fact that for the first time “protest youth” – former political prisoners, young oppositionists and feminists — participated in them.

They actively campaigned, attracted independent observers from their circle and managed to interest the public, despite the fact that usually the elections in the municipal elections in Azerbaijan generally go held unnoticed.

Former political prisoner Mehman Huseynov, who did not win a spot in the municipal elections, considers this the result of falsification.

• What is changing in Azerbaijan – society, gov’t, opposition?

Vafa Nagi is known for the fact that she is an entrepreneur in social business; she created a sewing business which employs a number of local women.

Several days before the elections Vafa on her Facebook page spoke about the threats and pressure that she received from the election commission.

On the evening of December 23, after the end of the election and long before the announcement of the official results,

Mehman’s associates announced on  social media that he won the election. However, the municipality said otherwise; Huseynov accuses the election commission of falsification.

Another independent candidate, feminist Rabiya Mammadova, claims that a ballot box was stolen from her, as a result of which she did not go to the municipality.  Now the girl plans to participate in the early parliamentary elections, which will be held on February 9, 2020.

In general, during the election, observers of independent candidates and journalists recorded several cases of serious irregularities. 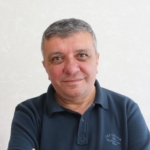 “The peculiarity of these elections is that they coincided in time with the illusion of ‘reforms’, allegedly launched by the Azerbaijani authorities from above.

“The dismissal of several elderly and clearly unpopular officials aroused among the population unjustified hopes for possible democratic reforms, including in the electoral system.  However, the euphoria quickly waned.

The falsification mechanism worked as before, except that the methods have become a little more modern, sophisticated.

“But there is a positive point.  The fact that the elections, basically, went along the rut  can create problems for election commissions on far more important parliamentary elections on February 9, 2020.  They will be watched already much more closely and the political activity of voters will be much higher.

Selling happiness: how one Abkhaz woman promises to make all your dreams come true

What do Russian tourists like the most about S. Ossetia? Video

‘We understood something horrible was happening, but we were not scared’

Nephew of Armenia's ex-president sentenced to 5.5 years in prison