The meeting of foreign ministers of Azerbaijan and Armenia has ended. The talks between Elmar Mammadyarov and Zohrab Mnatsakanyan on the settlement of the Karabakh conflict began on January 29 and lasted 7 hours, on the 30th they lasted another 4 hours.

All that is known at the end of the Geneva meeting is the hours spent by the ministers at the negotiating table with the co-chairs of the OSCE Minsk Group.

On the basis of these long ministerial talks we can only assume that the co-chairs offered them a serious topic of discussion, which led to the talks lasting a record two days.

The Foreign Ministers of Azerbaijan and Armenia met on January 29 in Geneva; the talks between Elmar Mammadyarov and Zohrab Mnatsakanyan to resolve the Karabakh conflict were held with the participation of the co-chairs of the OSCE Minsk Group. 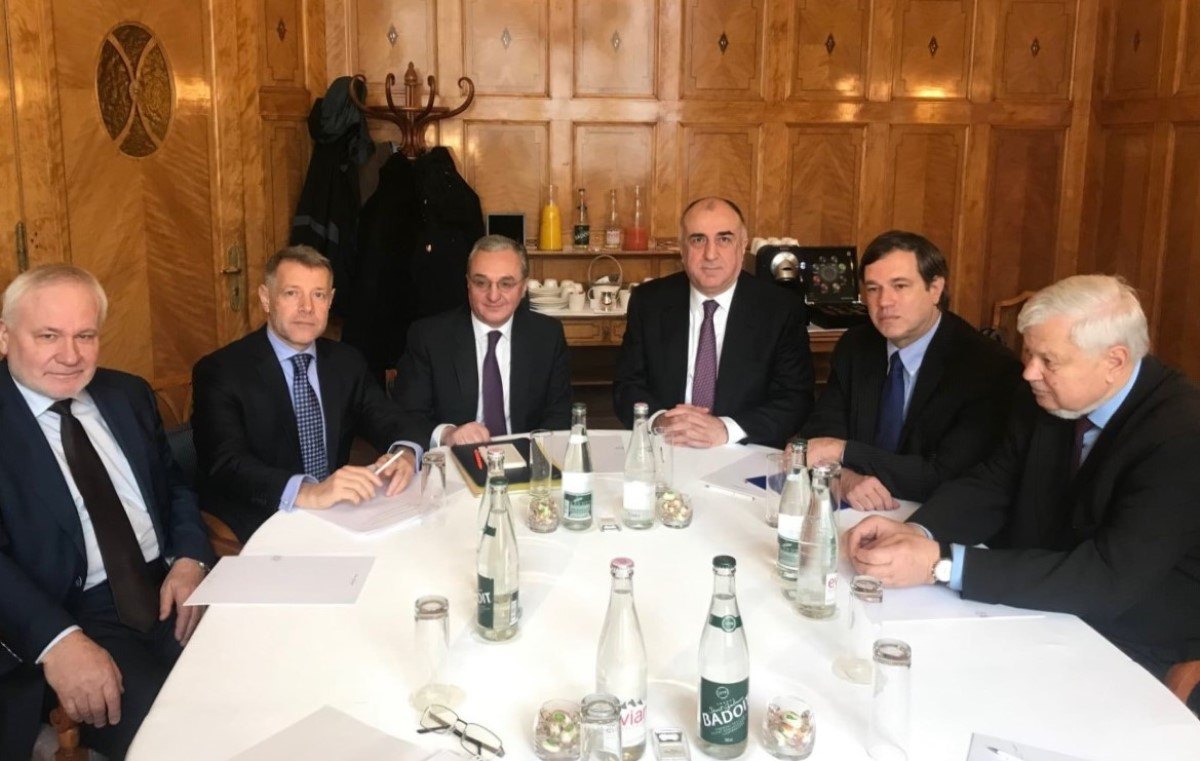 Following the meeting, there have been no official statements from Baku yet. Most news sites reported only the beginning of the meeting, but did not comment on its completion.

Commentary by political scientist Jeyhun Ahmedli, who sharply criticized Pashinyan for his visit to Karabakh a few days before the meeting in Geneva, appeared on konkret.az.

“The Geneva round of negotiations in connection with the resolution of the Nagorno-Karabakh conflict once again showed the baselessness of Pashinyan’s position. In the sense that the Armenian authorities have already recognized the impossibility of participating in the negotiations as a party to the fake regime,” writes konkret.az.

Prior to the meeting, political analyst Fikret Sadikhov told RealTV there was little reason for optimism, explaining this by the alleged inconsistency of statements made by Armenia:

“Against this backdrop, what positive results can be discussed?  I believe that in this direction we should work with the co-chairs of the Minsk Group so that they influence Armenia, and not remain only as observers.  Talking about humanitarian ties and mutual trips of journalists will not solve anything.”

In his opinion, the leading world forces are mistaken, demanding that the problem be resolved precisely through negotiations between the parties, because Armenia is completely unprepared for peace.

In particular, political scientist Alexander Iskandaryan believes that from the Geneva meeting “there is no need to expect any drastic changes and changes”:

“This is of course not only in the context of the [parliamentary and presidential elections in 2020] in Nagorno-Karabakh in March 2020 and parliamentary in Azerbaijan).  The Karabakh conflict is not at the stage where we can expect drastic changes. ”

At the same time, the Iskandaryan says that such meetings are one of the formats for ensuring security and maintaining the status quo:

“I have a good attitude towards such meetings, as world experience shows that those conflicts in which there is a channel of interaction between the parties develop better than those that do not have such a channel at all. To expect from such meetings that, thanks to them, the conflict will be resolved, of course, is not necessary.”

According to the political observer Hakob Badalyan, for the Armenian side it is now important to change the mood in the negotiation process, inherited from the previous authorities.

“According to my assessment, in the current atmosphere of negotiations, the dictating and initiating role passes to Armenia … Baku, by and large, faces a dilemma: either start a war, or, saving one’s face, think how to talk about peace without preconditions. Because starting a war for Azerbaijan is now very difficult and risky.”