Former Armenian President Robert Kocharyan has been placed under arrest for a third time on June 25.

This time, Kocharyan has been arrested on the grounds for which he was first taken to prison: for his responsibility in the tragic events of 1 March 2008, when 10 people were killed when military grade weaponry was used to disperse demonstrators protesting election results.

Earlier, he had been released from prison after a court ruled that Kocharyan indeed enjoyed immunity during the time he served as president and could not be held criminally liable for the events. 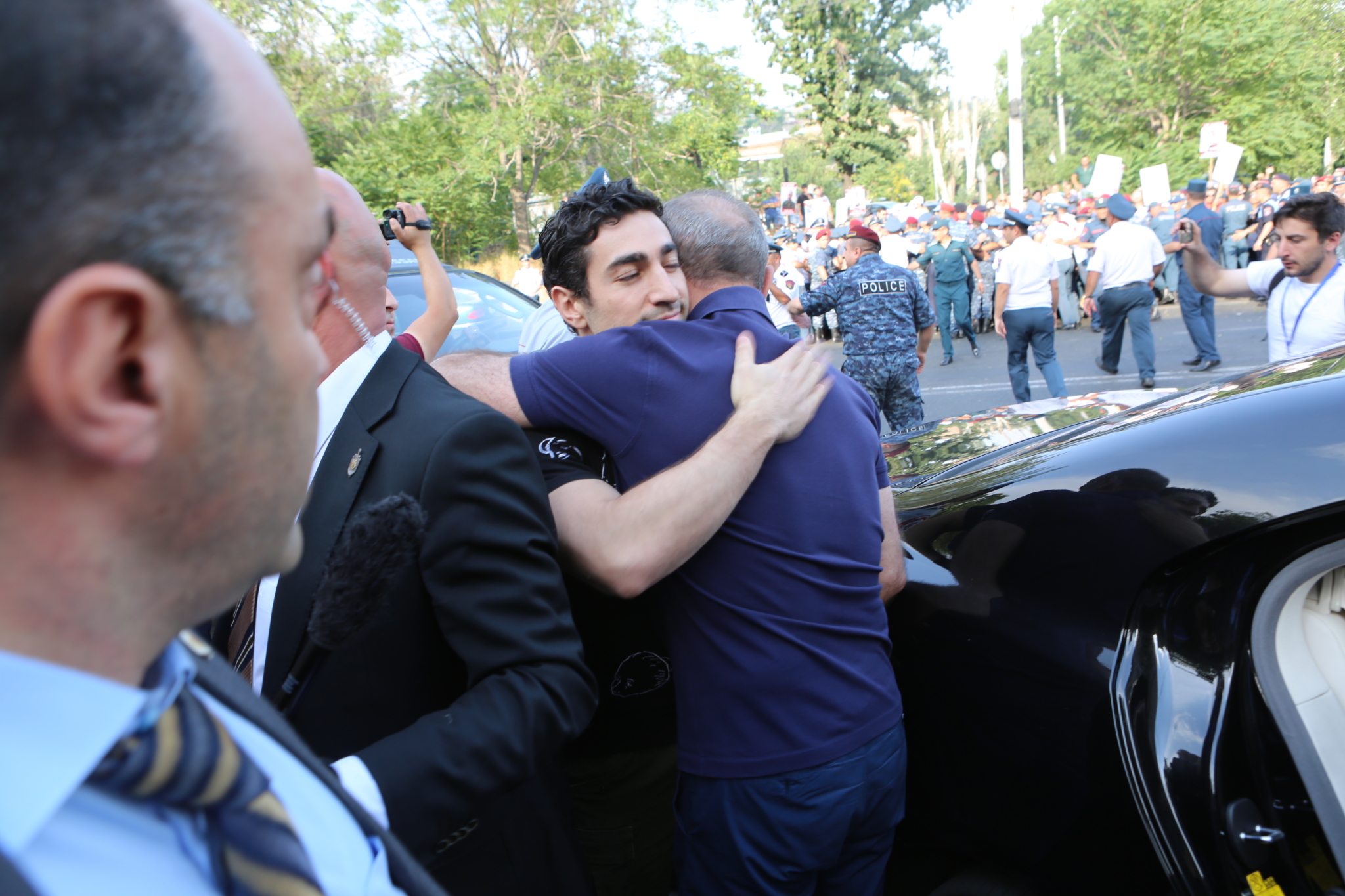 Kocharyan was charged with responsibility for the 1 March 2008 case back in July 2018 for “overthrowing the constitutional order.”

Following the presidential elections of 19 February 2008, the Armenian opposition and supporters of first president Levon Ter-Petrosyan came out onto the street to protest the election results which they said had been rigged, after the Central Election Commission announced Serzh Sargsyan the victor.

During the dispersal of the demonstration, military weapons were used and 10 people were killed, including two policemen.

The president of the country at that time was Robert Kocharyan.

Up until the Velvet Revolution of 2018, the investigation of the 1 March 2008 case did not move forward.

However the new government, headed by revolutionary leader Nikol Pashinyan, immediately took up the case.

Kocharyan was first arrested on July 28 in the case – however two weeks later, he was released, as a court ruled he had immunity.

After Kocharyan’s release in August 2018, on November 15, the Court of Cassation sent the case to the Court of Appeals.

And on December 7, 2018, the appellate court decided to re-arrest the ex-president. From that day on, the second President of Armenia was again in prison until May 18, 2019.

On that day, Kocharyan was released on bail, after the current and former presidents of Nagorno Karabakh, Bako Sahakyan and Arkady Ghukasyan, vowed to act as guarantors and asked the judge to take into consideration Kocharyan’s “contribution to the formation of the two Armenian republics, his enormous contribute to the Karabakh war and the formation of the Armenian army.”

Kocharyan stands accused of one other crime.

In February 2019, Kocharyan was charged of receiving a bribe of 927 million drams [about $3 million].

Kocharyan said that the second case was initiated against him in order to seize his assets, which the first charge was unable to do.

The ex-president does not recognize any of the accusations against him and considers them a political order and vendetta of the current Armenian authorities.

Kocharyan blames the events of 2008 on Pashinyan

In an interview with a local TV channel, former President Kocharyan said:

“The current Prime Minister of Armenia bears direct responsibility for the riots on March 1, 2008 and would like to review the history and find the perpetrators. In his understanding of things, I am the guilty party.”

Premier Pashinyan was an ardent opposition member throughout his political career. In the presidential election of 2008, he supported presidential candidate Levon Ter-Petrosyan.

Pashinyan actively participated in the protests that began after the announcement of the election results. After the demonstration was dispersed on March 1, the opposition activist went underground for a year and four months because of accusations of organizing mass riots.

On July 1, 2010, Pashinyan voluntarily went to the prosecutor’s office, was arrested and sentenced to seven years.

After a year and 11 months in prison, he came under an amnesty act timed to coincide with the 20th anniversary of the independence of Armenia. Human rights activists believe that the authorities of the country were forced to take this step under international pressure.

During an interview on 25 June 2019, Kocharyan said he did not expect a positive decision –he said that “everything was done [during the hearing] to prevent the defense from presenting its position.”

Robert Kocharyan openly and not for the first time announced his position on the current authorities of the country:

“Obviously, I will be against this government. Political processes will show whether I will be the main or secondary opponent and what role I will play in the opposition field.”

The former Armenian president did not directly answer the question of a journalist as to whether he intends to once again be in power:

“If there are younger, more energetic people with deep knowledge, in whom I will see a force capable of leading the country forward, I don’t see any problems – on the contrary, I will be pleased to see these people. But … let’s leave this question open.”