A Skype conference was held between the Armenian government and Lebanese consulting company employees on August 29.

Elard recently released a study of how the exploitation of the Amulsar goldmine in Armenia would affect the local environment, particularly near Sevan Lake and the resort town of Jermuk.

The study went on for a year.

The conference began with the main question asked by Prime Minister Nikol Pashinyan: will it be possible to control the environmental risks associated with operating the Amulsar mine.

Representatives of the consulting company responded that their research is not sufficient to determine whether the operation of the mine will be completely safe.

Meanwhile, a comprehensive examination of the Elard company has already cost the treasury 400,000 dollars.

On August 14, Elard’s report was published stating that environmental risks during the operation of the Amulsar goldmine are minimal.

Then the authorities refused to conduct a new environmental review.  The prime minister himself, during an hour and a half live broadcast on his Facebook page, said that the mine’s security level would be unprecedented.

Results of the discussion – a new study?

The discussion between members of the government and Elard representatives began with a statement by project coordinator Ricardo Khuri.

He said that the risks to the water resources of the territories around Amulsar “should be manageable.”

And this will be possible if Lydian, which has received a license to develop the mine, will properly carry out additional activities.

This phrase seemed rather vague to Prime Minister Pashinyan and he asked to formulate his response more specifically.

Then Khuri immediately announced the need for a new study:

Recently, the spokesman for the Prime Minister, Vladimir Karapetyan, stated that the government sees no reason for another study.

Deputies of the parliament and the Lydian Armenia company also took part in the conference.

Minister of the Environment Eric Grigoryan inquired from representatives of the Lebanese company as to why the company’s study does not provide clear answers to questions and is full of shortcomings.

Khuri said that the study was ordered by the Investigative Committee of Armenia, and that Elard worked on the issue with studies given to them by the body – Elard allegedly pointed out numerous shortcomings of the studies and information they were provided with.

It follows that the consulting company in the process relied on research conducted earlier by local structures, and did not conduct fresh and its own research.

Khuri said the main question that the Investigative Committee was interested in was whether the mine could even work.  And the company replied that with the available data, safe operation is not possible:

“Our team believes that the expert reviews conducted in 2016, as well as the environmental impact assessment, are not enough for the safe operation of the mine.  And this is very clearly documented in our conclusion.”

Family connections in the Amulsar Mine case

On August 29, Armenian media reported that the head of the criminal investigation  looking into the Amulsara mine Yura Ivanyan and former Minister of Environmental Protection Aramais Grigoryan are relatives – infocom.am reports they are cousins.

It was Grigoryan in 2016 who approved the expert opinion on the operation of the mine.

The ex-minister did not deny blood connection:

“Yes, we are relatives.  What is this about?  We are distantly related.  The examination was approved back in 2014.  In 2016, on the basis of new circumstances we conducted another environmental impact assessment.”

Meanwhile, on August 26, it was Yura Ivanyan who gave a press conference at which he announced that the environmental risks of the mine’s operation would be manageable. 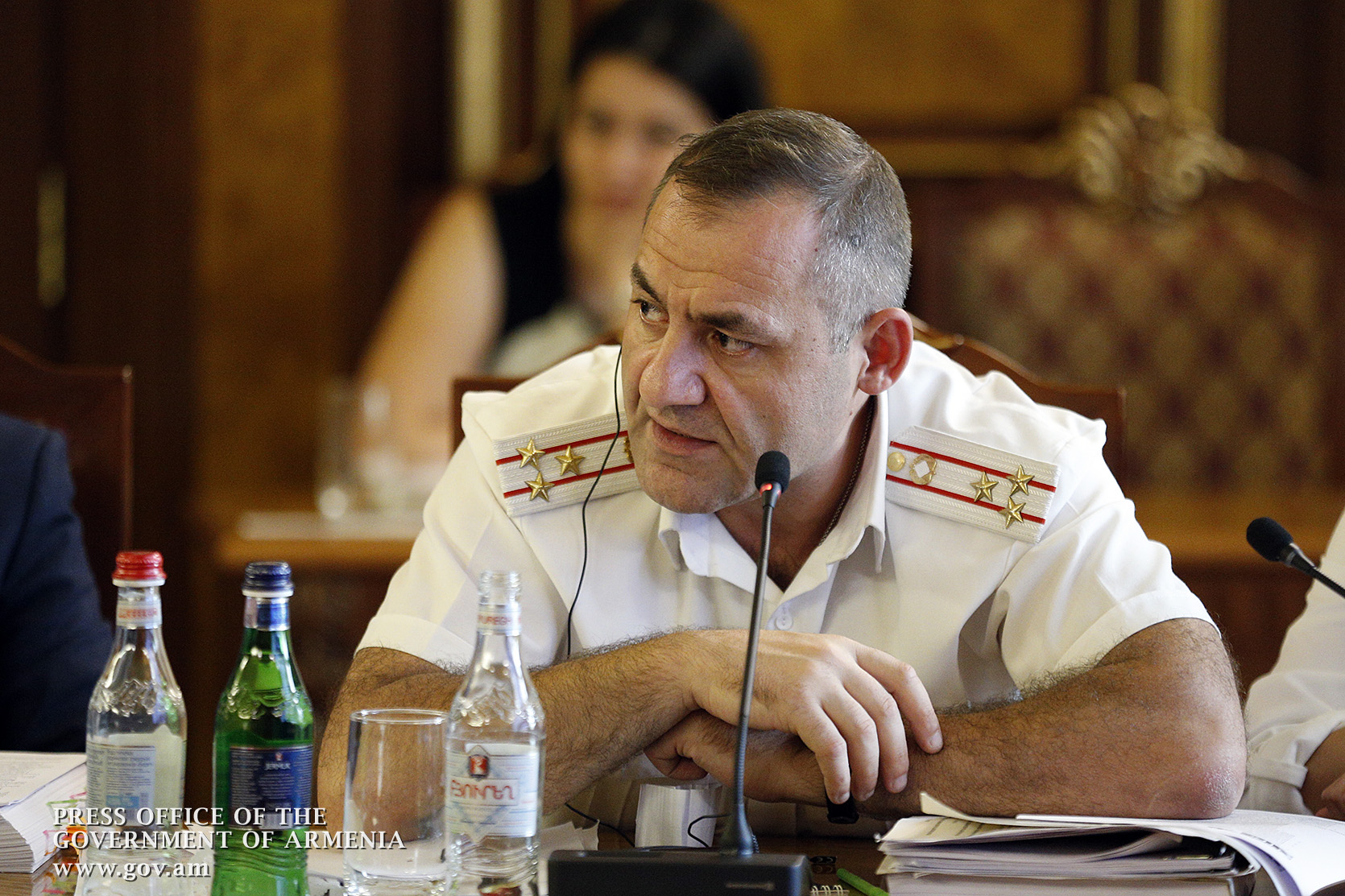 In addition to the two brothers, the sister of the head of the investigation team, Yuri Ivanian, was also employed at the Ministry of Nature Protection.  She holds the position of Head of Biodiversity and Biosafety Policy.

Despite all this, the Investigative Committee is confident that all necessary measures have been taken to ensure an objective investigation.

On the Amulsar gold mine

Amulsar mine is the second largest gold deposit in Armenia, and contains about 31 tonnes of ore and 40 tonnes of pure gold.

Lydian Armenia discovered the gold mine back in 2005.

Up until 2012, the company was looking for investors and was developing a mine development programme.

The same year Lydian Armenia and the Armenian government signed an agreement to develop and exploit the mine, and the company received the right to proceed with the project.

Protests against the development of the mine began in 2011.  They were attended by residents of surrounding settlements and environmentalists, who said that gold mining in the area could have a negative impact on the environment of the city of Jermuk, Lake Sevan and local rivers.

The initiative group ‘Jermuk will not become a mine’ was created at the time.

In 2012, the collection of signatures against the development of the mine began.

Activists repeatedly blocked the attempts of the mining company to approach the mine with heavy equipment. In 2018, they were able to have work at the mine suspended.

The Investigative Committee of Armenia then opened a case looking into environmental damage, for which an international assessment carried out by Elard was commissioned.

Several days ago after the release of Elard’s report, Prime Minister Nikol Pashinyan stated that mining would continue, given the report’s findings.

“If it is true that operating the mine is safe for Sevan and the Jermuk water system, then the project will be implemented. However, if there is a threat, I, as the Prime Minister, will not be able to permit its operation regardless of anything.”

As a result, the examination concluded that the development of the mine does not contain “uncontrolled risks”.  That is, the government had the go ahead to allow gold mining at Amulsar to resume.

Why is the Amulsar mine so important

The Lydian company received the right to exploit the Amulsar mine after signing one of the largest investment packages in the history of independent Armenia.

The structure announced a figure of 325 million dollars, and said 1,300 people would be involved in construction work, and that 770 jobs would be available during the operation stage.

The development of the mine, according to the company’s estimates, should provide an annual growth rate of 1.4% or $185 million for Armenia’s GDP.

Export figures, according to preliminary estimates, could reach up to $286 million per year.