Armenia is commemorating today the victims of the Armenian Genocide by the Ottoman Empire.

The Armenian diaspora, largely descendants of the victims of the events of 1915, organizes commemorative events in countries across the world.

In Yerevan every year in the morning, thousands of people walk with flowers to the Tsitsernakaberd memorial complex, built in memory of the 1.5 million who died during the genocide that took place between the years 1915-1917 in the Ottoman Empire.

Before the genocide, about 2.5 million Armenians lived in the Ottoman Empire.

As a result of murders and mass deportations, more than half of them died. Armenia, several Western countries and organizations officially recognize those events as genocide. Turkey, however, categorically refuses to accept the word ‘genocide’.

• Armenia-Turkey: Couldn’t be any worse

• Armenia: how genocide went from taboo to national rallying point

The prime minister of Armenia, accompanied by the Catholicos of All Armenians, the president and the diplomatic corps represented in Armenia, payed homage to the victims of the genocide. 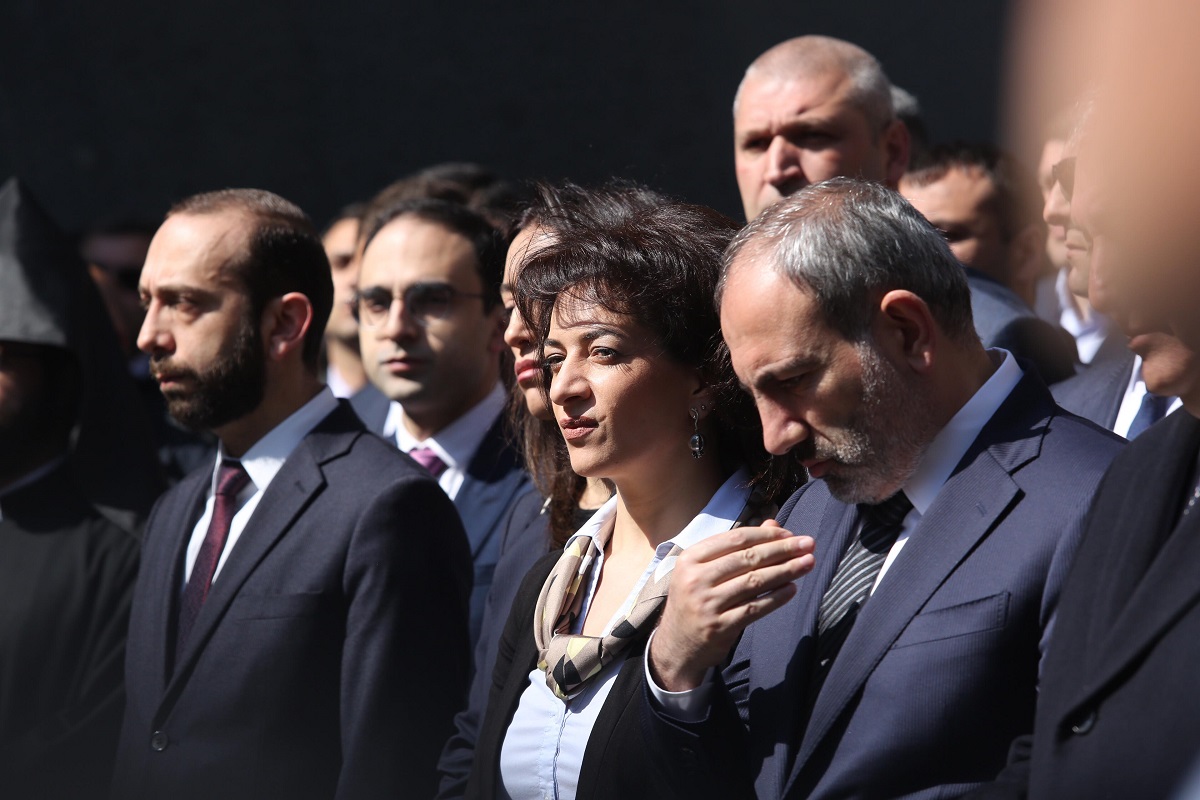 Foreign Minister Zohrab Mnatsakanyan also answered journalists’ questions immediately after he departed from the eternal flame of the Tsitsernakaberd memorial.

“Recognition of the Armenian Genocide is not only a step to restore justice towards us, but also a step aimed at preventing genocides [in general]. We know the price of genocide, and we must work consistently to ensure that justice prevails. Impunity is simply unacceptable.”

Regarding relations with Turkey and the possibility of starting a new stage of negotiations on the opening of the Armenian-Turkish border, Mnatsakanyan said:

“Unfortunately, the reports from Ankara are not encouraging. But, we never said that recognition of the genocide is a precondition [ed. for establishing diplomatic relations and negotiations on other issues].”

On the eve of the date, the Turkish government made a statement that Armenia is afraid to open its archives from 1915, as the world would receive evidence that the events of 1915 “were not Armenian genocide. On the contrary, it is the genocide and the destruction of the Muslim population by Armenian gangs in the Ottoman Empire”.

“The justification of genocide under the cover of denial is a shameful and dangerous phenomenon. All this time we have witnessed various forms of denial of the Armenian Genocide by Turkey. The denial was consistent, but its form and content was not.

“It has always been subject to change: either they tried to put the culprits and the victims of genocide on one side of the scales, or, as in this case, accuse the victims of genocide and justify the perpetrators. Falsifications are often used, for example, that our archives are supposedly closed, while all the experts on genocide know that the archives of Armenia are open.” 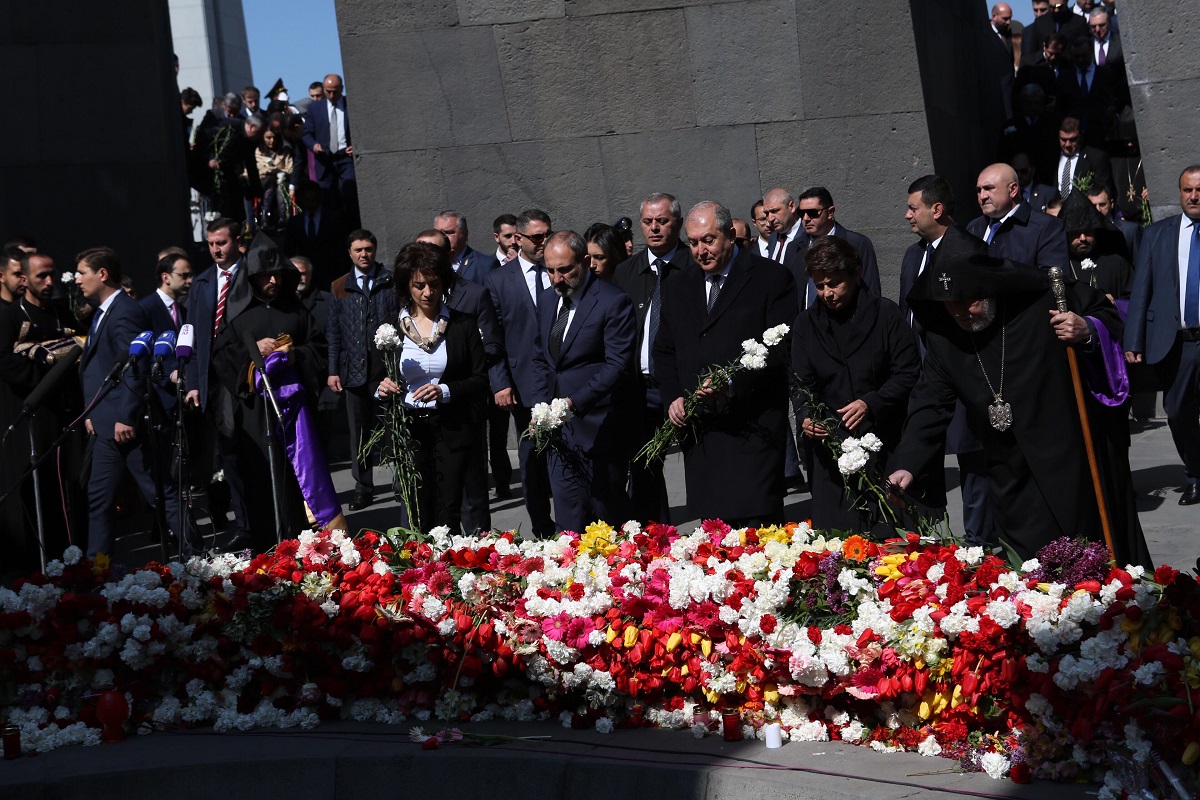 The position of the US

The Tsitsernakaberd memorial complex was also visited by the US Ambassador to Armenia, Lynne Tracy.

The ambassador answered a question about whether there are any changes to the issue of recognition of the Armenian Genocide by Washington. She said that the United States does not deny historical facts:

“What happened in 1915 is one of the largest atrocities of the 20th century; we are inspired by the resilience of the Armenian people.”

The Armenian Genocide has not yet been recognized by the United States at federal level, but it has already been recognized individually by all the states of the country except Mississippi.