Are there Russian S-300 missile systems in South Ossetia? Will there be a route passing through Georgia? And more

Are Russian S-300 missile systems deployed in South Ossetia? Will South Ossetia be included in the Russian Federation? Will the Republic be able to build its own independent economy?

The president of South Ossetia, Anatoly Bibilov, discussed these issues with the Russian news agency RIA Novosti. The interview was held at the International Economic Forum in St. Petersburg, with Bibilov among the participants. 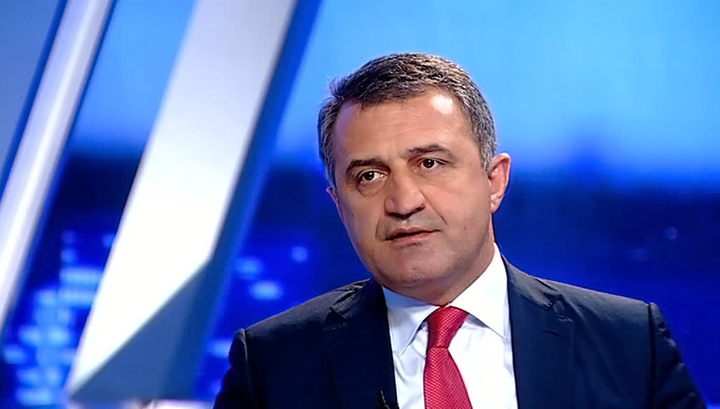 Russian base in South Ossetia and the security issue

RIA Novosti: You served as a peace defender in South Ossetia, and now a Russian base is located there. Is the weaponry of that particular base enough on its own to ensure the Republic’s security? Is there anything else that might be needed? And is it true that Russia’s S-300 missile systems are deployed in South Ossetia?

“Journalists sometimes love to exaggerate. They say that we also have Topol-M, an aerodrome for strategic bombers, and many more. The answer is, of course, no.

“However, the armament and military personnel at the disposal of South Ossetia is enough to secure the Republic.

“That’s further supplemented with the Republic’s armed forces. Its amount is entirely enough to efficiently repel a possible aggressor. So the mobilization of additional forces from the Russian Federation or the center of South Ossetia is fairly unnecessary.

“South Ossetia has an ongoing recruitment campaign. The majority of South Ossetia’s male population over 25 years has had war experience. They each possess decent military skills. Accordingly, the forces currently concentrated on the territory of the Republic provide full security.

“A border security plan of the Russian Federation and South Ossetia has been developed as well (cooperation in procurement issues). The border is totally secured today. A package of agreements has been signed by our military agencies.”

“Concerning the referendum on South Ossetia joining the Russian Federation – in my opinion, it should undoubtedly be held. However, concrete steps in that direction require a round of consultation between the political forces of South Ossetia and Russian leadership to define the ‘road map’ of our future.

“But I will reiterate my statement: nobody rejects the idea of holding the referendum, as that’s what the population of South Ossetia wants, so we will reach that moment sooner or later.”

RIA Novosti:  “Can South Ossetia become a self-sustaining republic? And how’s that possible?”

“My participation in the forum attests to our efforts of finding ways to resolve the situation.

“The alliance agreements between South Ossetia and the Russian Federation have to be implemented. How? We have to establish good ties with Russian regions, and that’s what we are already doing.

“There have already been initiatives from the Vladimir Region. At the forum we have discussed, with the Tatar President, a possible set of projects that can be implemented in South Ossetia.

“We also envision implementation of various projects in other Russian regions, which will at least turn our Republic into a semi-independent state.

“And if we only manage to increase the Republic’s income within a short term – say, 50% in five years – that alone would be an outstanding result.

“That’s our goal, especially when Russia itself invests in the development of South Ossetia, and is probably the best investor for the country.

“All the leaders of Russian regions that we met with in the forum express their willingness to visit South Ossetia to make investments and create joint enterprises.”

Possibility of transit through Georgia

RIA Novosti: “Is it possible to establish a transit through Georgia connecting South Ossetia with Russia? What are the requirements for that?”

“I won’t be satisfied with merely a transit through Georgia, as in the Trans-Caucasus region there are Armenia and Azerbaijan as well. In addition, we have Turkey and Iran.

A route through South Ossetia is the most convenient for Turkey, Azerbaijan, Armenia and Georgia.  Its opening requires a political decision, first of all on the part of Georgia, as I don’t consider any problems on our part for that matter.

“The Georgian side considers South Ossetia’s status as the only issue. Of course, we’ll ensure South Ossetia being an equal player on the ‘road map’ to Asia and Europe.

“Someone might state that Georgia hasn’t signed the memorandum on the non-use of force yet. But, in the first place we must think of the people living in Armenia and Azerbaijan, those who are willing to establish trade relations with Russia and Iran. And we shouldn’t concentrate exclusively on Georgia.

“The current absence of diplomatic ties between Georgia and Russia is a hindrance to the issue. On the other hand, economic relations are developing, so I don’t see any insuperable obstacle in this situation.”