A Muslim woman in Abkhazia

Natalia’s life in Syria and Abkhazia

My name is Natalia Kombar, I’m 23, and I came from Syria. Life was good there, but only until the war broke out. We’ve been here for three years already.

I have made friends. Many Abkhazian girls attend the mosque here and we communicate a lot. I also have some Christian friends here.

We came to Abkhazia because my mother was born here. My mother is Russian, but her grandfather was Abkhazian. His family name was Gablia. My father is Arab. As for my grandmother, she had always lived here in Ochamchira.

Like in Syria, the youth in Abkhazia also use social media and get to know each other via it. WhatsApp is particularly popular among us – repatriants. Almost everyone has it and it’s our main source for both information and rumors.

Besides this, everyone in Abkhazia uses VK and Facebook.

I am fond of swimming. Women in Syria went to a special swimming pool for women, where men were banned from entering. There is no such thing in Abkhazia, and I prefer to go to a beach where there are only a few people. We swim with our clothes on, of course.

When asked where it is better to live – in Abkhazia or Syria, I always find it hard to answer this question. Living was more civilized in Syria than it is in Abkhazia. However, Abkhazia’s nature is unique, and it is much better than in Syria.

I often travel to Ochamchira. There are just a few people there, the beaches are deserted and I like swimming there.

It is believed that Muslim girls have absolutely no rights. That’s not true. It’s different in each family. There are families where young woman are forcefully married. However, there also those who make such decisions independently.

The only condition is that if a girl is Muslim, she must marry a Muslim man. However, I don’t condemn those, who don’t marry Muslims.

My future husband and I used to be neighbors. He is an ethnic Arab. We liked each other and his parents came to our place to ask for my hand in marriage.

Before our engagement, we could not openly hang out together. However, after we became engaged, we went out together and were even holding hands.

At that time, I was studying at the University, at the French Language Department in the Faculty of Philology. My husband had also studied Philology, but in the English Department. I had been studying just one year when the war broke out.

My family and I moved to Abkhazia, whereas my husband’s family fled to Belgium. Now, he cannot come here. The only way to travel here is via Russia, but he cannot get a Russian visa because he is Arab.

Sometimes it seems like we haven’t seen each other for ages. We keep in touch with each other. We have a little daughter.

The repatriants are treated well in Abkhazia, generally speaking. The Repatriation Committee even pays for our apartment’s rent.

I don’t know what will happen next, whether we will return to Syria or will live somewhere else. We have lost everything in Syria- our home and business. My husband’s family was rather well-off. They owned warehouses, but they don’t have anything now.

In my family only my parents work, while I take care of the child. My younger sister has graduated from school, but she does not work either. Nobody knows what will come to pass.

There are many tourists in Abkhazia and they often wear revealing clothes, but I have a tolerant attitude towards this. The Muslim religion can’t judge anyone. They will be judged by Allah. Those who sit and judge others in the name of Islam are not true Muslims.

I am a very religious person but not a fanatic. I observe Ramadan, perform Namaz five times a day- that’s not hard to do. However, I rarely go to the mosque. I usually pray at home.

My Christian friends have been wondering why I wear a hijab. I always tell them that I like wearing it.

Our religion says a woman’s head should be covered. However, no one can be forced to wear a hijab. That is why many Muslim women do not wear headscarves nowadays. It’s particularly widespread among Abkhazian women.

People in Abkhazia look at this quite normally that we wear hijabs. There is no problem with it. I am often told that a headscarf suits me.

I only wear it at home if someone comes to visit. It takes me 10-15 minutes to tie the headscarf and do my makeup. I will never go outside without a headscarf.

It’s very stylish nowadays to wear the headscarf the way I have it tied. It is regarded as Turkish style. Earlier, I used to wear it in a different manner.

There are no specialized clothing shops for Muslim women here. Therefore, it is difficult to pick out clothes. In addition, the fashion in Abkhazia is different from that in Syria.

You know, I would love to live in Abkhazia if my husband were here, and I had a job. However, it’s hard to find any job in Abkhazia. How can you live without a job? The family needs to be provided for, doesn’t it?

My story is just my story. Like thousands of others, I am still trying to overcome the difficult situation I find myself in. 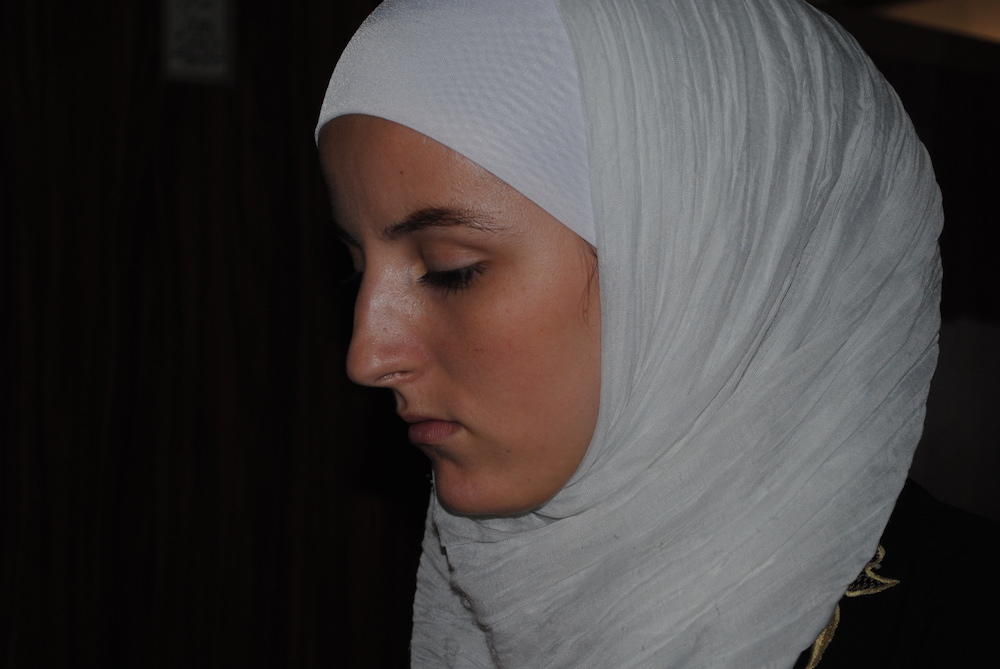 Attempt number 4: Iran will now try to stop the war in Karabakh