Songs and slogans of the Armenian revolution

Exactly a year ago on 13 April, people took to the streets of Yerevan demanding change in Armenia. The opposition movement was headed by Nikol Pashinyan. On 8 May 2018, he was elected prime minister, and the revolution came full cycle.

Armenia’s Velvet Revolution was accompanied by a number of different forms of street art and performances. In Yerevan, music of all genres and for all tastes was heard across the city. Posters, both written sloppily by hand and printed carefully with calligraphy were also present. We present you here with the most interesting and popular of the two forms of protest.

The anthem of the revolution: ‘My step, the song of the citizens’

My step is comprised of the words of the leader of the revolution and the current Prime Minister of Armenia, Nikol Pashinyan. The song is performed by Hayk Stver (Hayk Hayrapetyan).

This is the path of a sparkling hope

It is the writer of a new history

And I have seen the smirk of the lie

But will is stronger than stone

And my soul does not give in

They go forward and forward

And in our concentrated eyes

One can see the sun of hope burning strong.

Hayk has been living and working in Kiev for the past six years. His brother originally suggested that he write music for the words of the song and perform it. Mkhitar Hayrapetyan was a member of the My Step initiative from which the protest movement took off. He is now the minister of diaspora.

“When I was working on the music and its performance, I didn’t think that the song would become so popular. The main thing of course is the revolution. But I also understood that the probability that it would become well-known would go hand in hand with a positive outcome. This revolution had several symbols, one of which was this song. I am happy that the My Step initiative began with my song,” says Hayk Stver, who returned to Yerevan during the days of the revolution and participated in the demonstrations.

Tata Simonyan, a popular singer, also released a song for the revolution. On 26 April he published a minute-long video on his personal social media page about how work was progressing on the editing of the piece. A few days later, his song Hello Armenia! appeared on YouTube. Within a few days it became very popular and was heard blaring from cars across the city.

Other songs heard in the days of the revolution

The revolution was called ‘velvet’, a revolution of love and solidarity. Love, solidarity and tolerance appeared in the peaceful cooperation of people with different musical tastes.

Had this not happened, it is unlikely that such various types of music would have been heard on the streets in April and early May.

Dukhov roughly means ‘risk bravely’ in Armenian. This sign appeared first on the hat of the leader of the revolution Nikol Pashinyan, and later appeared on the posters and t-shirts of protest participants.

Be Free – by the New Gray group

The trumpet of the revolution

Starting in 1988, the symbol of the movement for independence in Armenia was the well-known trumpet melody from the film What the River is Noisy About. The trumpet player, Ashot Mirzoyan, gathered people on the streets of Yerevan and marked the beginning of the demonstrations. Thirty years later, the same trumpet sounds were heard on Republic Square.

The 19-year-old student from the conservatory said why he decided to get up on stage and play this cult-like melody:

“During the demonstration, I often met students from the conservatory who were participating in the protests with their families and friends, but did not bring anything musical to the events. Many were afraid that the movement would fail and that they would be expelled from the conservatory. I took my trumpet and I went to the square and I presented myself. They called on me to play the well-known melody from 1988. I wanted people to be braver and for students to be more decisive in their actions.”

The next few days, the streets of Yerevan became a concert hall for Aleksandr. With his trumpet in hand, he played the well-known melody (including other works) and shut down the streets with his friends on strike.

Many students from the conservatory were on the streets during the protests. They performed in different parts of town – the work of the highly respected Armenian composer Komitas were played and in this way they showed their support for the protestors.

During the Yerevan demonstrations and marches, the most impressive of posters and slogans were that of Ruben Malayan.

The artist drew several posters daily which portrayed popular slogans of the revolution. He gave them out to people on the street. Malayan said that many of them did not end up back in his studio. But his favourite ones did, and Ruben is waiting for the right time to organize an exhibition. 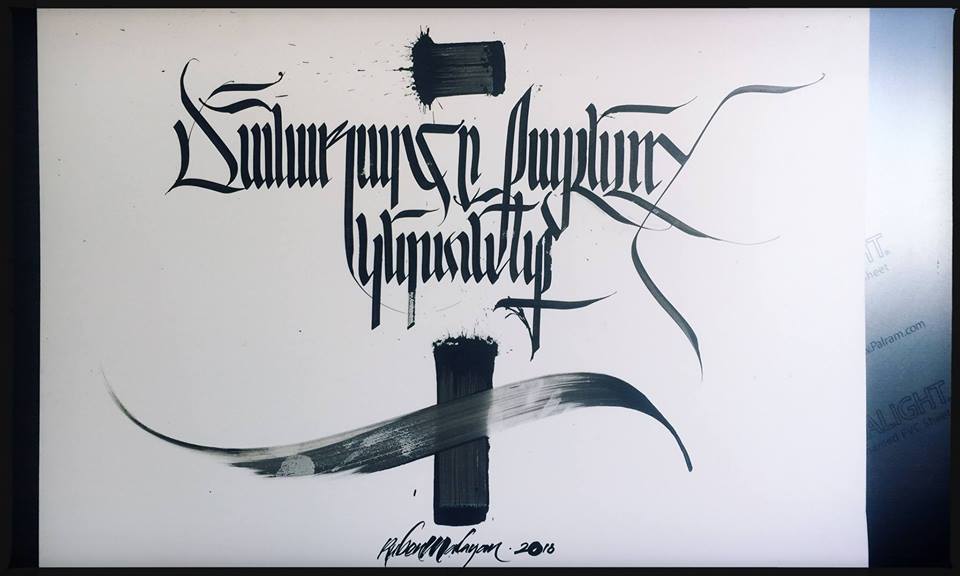 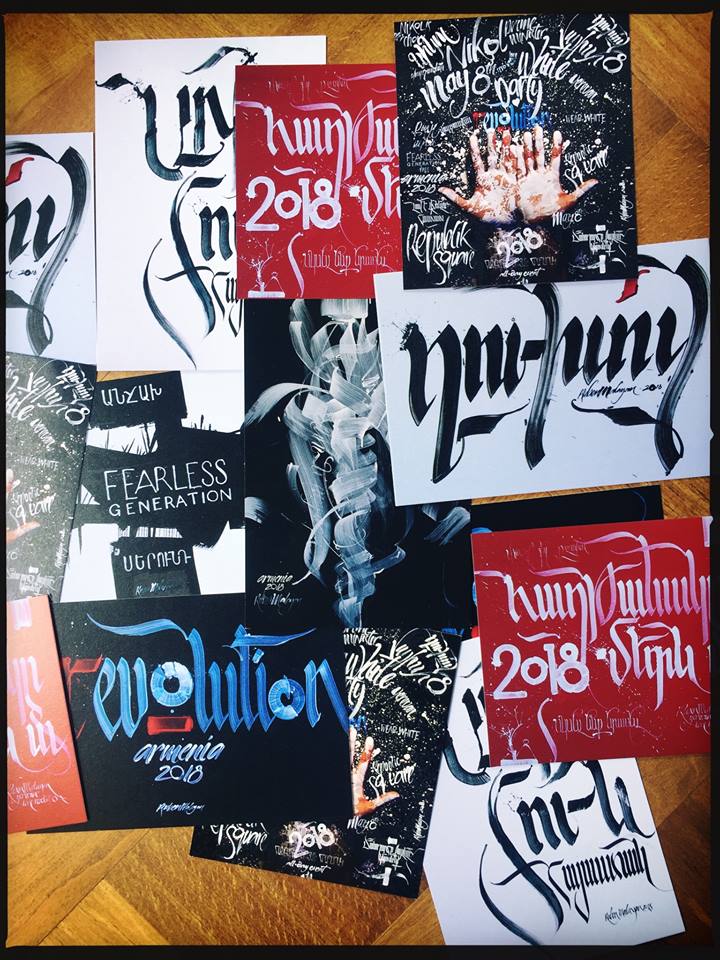 Tankyan and the Song of the Stork

Participants of the revolution eagerly awaited the arrival of System of a Down soloist Serzh Tankyan. The American singer of Armenian heritage has taken an active civic role in the life of the country and from the first days of the movement he announced his support for the leader and for the protesters. He was unsure as to when he would be able to come to Armenia, however.

His long awaited arrival came to fruition in the evening of 7 May. People said in Yerevan that Tankyan would perform a concert on Republic Square where the daily demonstrations had taken place. The musician said, however, that he would not be performing. But in order not to disappoint his fans and to support the demonstrators, he did perform Song of the Stork in public.