31 years have passed since the tragic events in the center of Tbilisi on April 9, 1989, when units of the Soviet army brutally dispersed participants in a many thousands-strong  rally for the independence of Georgia.

That night, 21 people died on Rustaveli Avenue, hundreds were injured, injured and poisoned by gas. 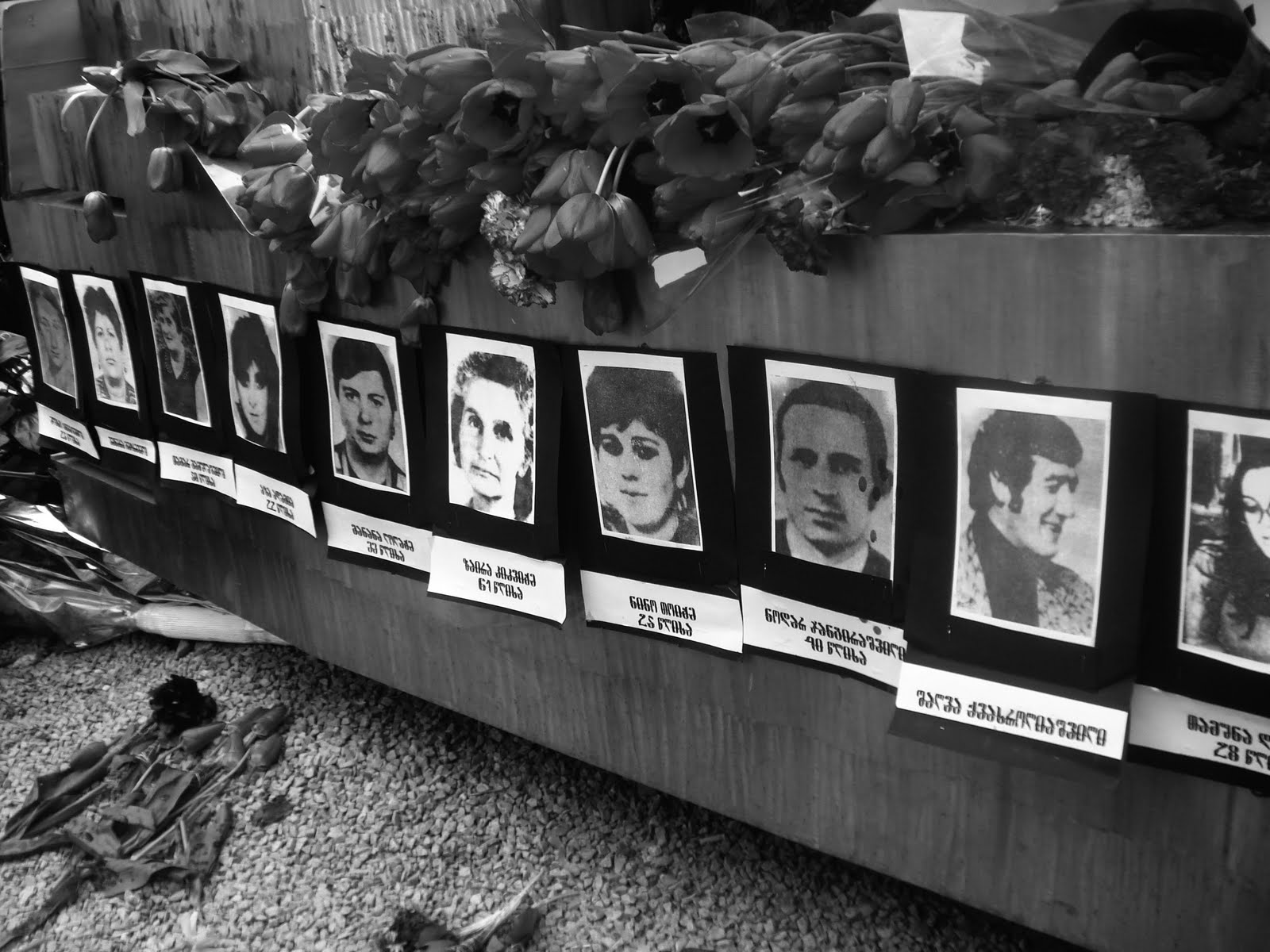 For the first time in 31 years, the territory in front of the parliament in Tbilisi is empty. Usually on this day, thousands of people come to the memorial – politicians and ordinary citizens, with flowers and funeral candles.  Now the tradition has been broken because of the epidemic.

In addition, the whole territory remains surrounded by a green building grid, which appeared after the opposition’s autumn protests – the small area and the memorial itself, according to the authorities, needed renovation.

This is a video shot by RFE/RL on the night of April 9th:

A special statement was made by the US Embassy.

“The Georgian people are not alien to self-sacrifice.  On the 31st anniversary of national unity, we recall 21 innocent people who lost their lives on Tbilisi streets and hundreds of victims standing next to them.  We pay tribute to those who did not wait for the freedom and independence for which they fought,” the statement said.

On the night of 9 April, riot police appeared on Rustaveli at 3:56 am. Thousands of participants had gathered in front of the Parliament building. They had been informed that units of the Soviet army were ordered to disperse the demonstration.

In an effort to prevent bloodshed, the Catholicos-Patriarch of Georgia, Ilia II, asked the people several minutes before the raid to enter the temple and pray. The protesters, however, didn’t move. 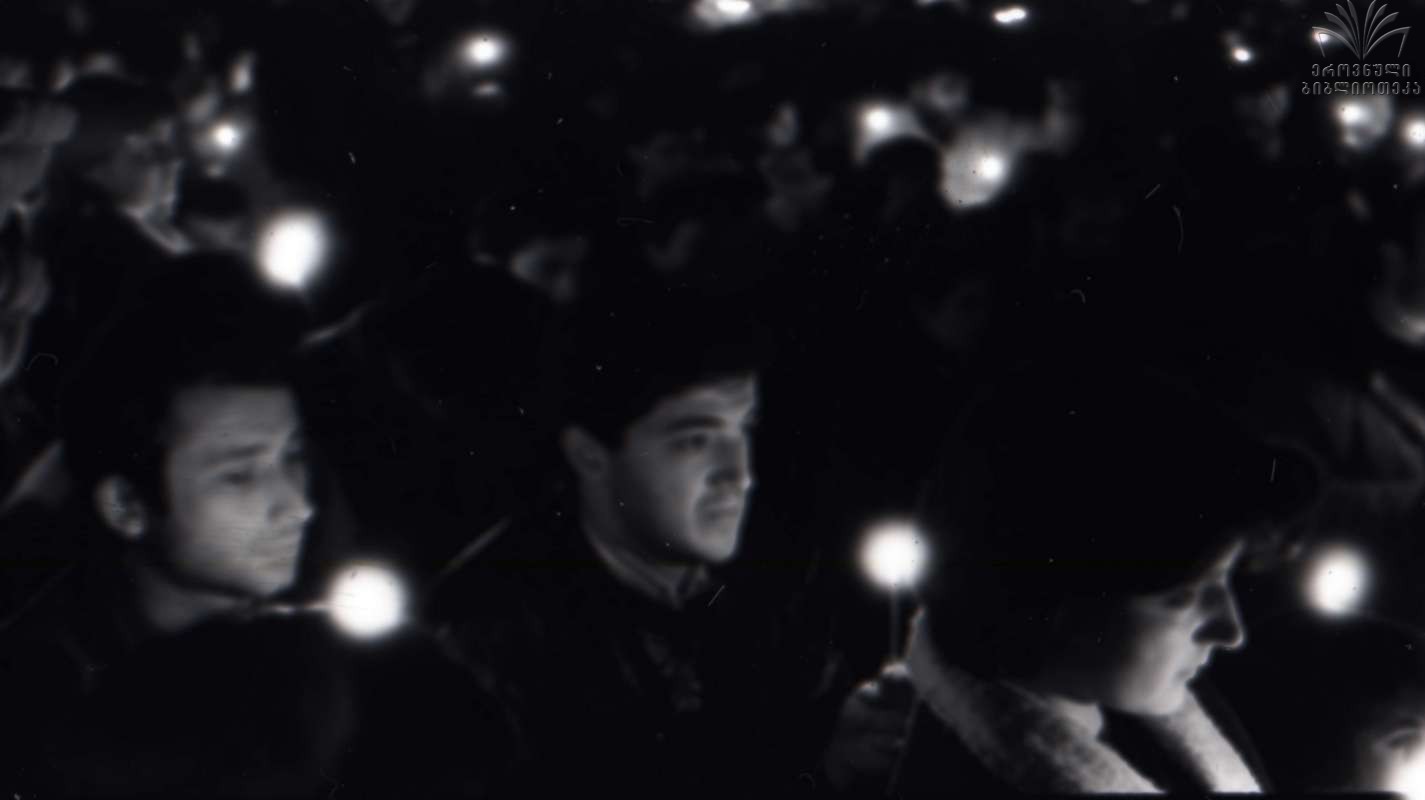 At dawn the sounds of dancing and singing could be heard on Rustaveli Avenue, which was later replaced by deathly silence – the participants were in anticipation of the raid. Shorty after the Patriarch’s address, the armed forces started approaching the Parliament building. Armed with entrenchment shovels and blunt weapons, soldiers under the command of Colonel General Radionov started to brutally rout the protestors. The riot police also used chemical gas. As a result, 16 people were killed on the spot. 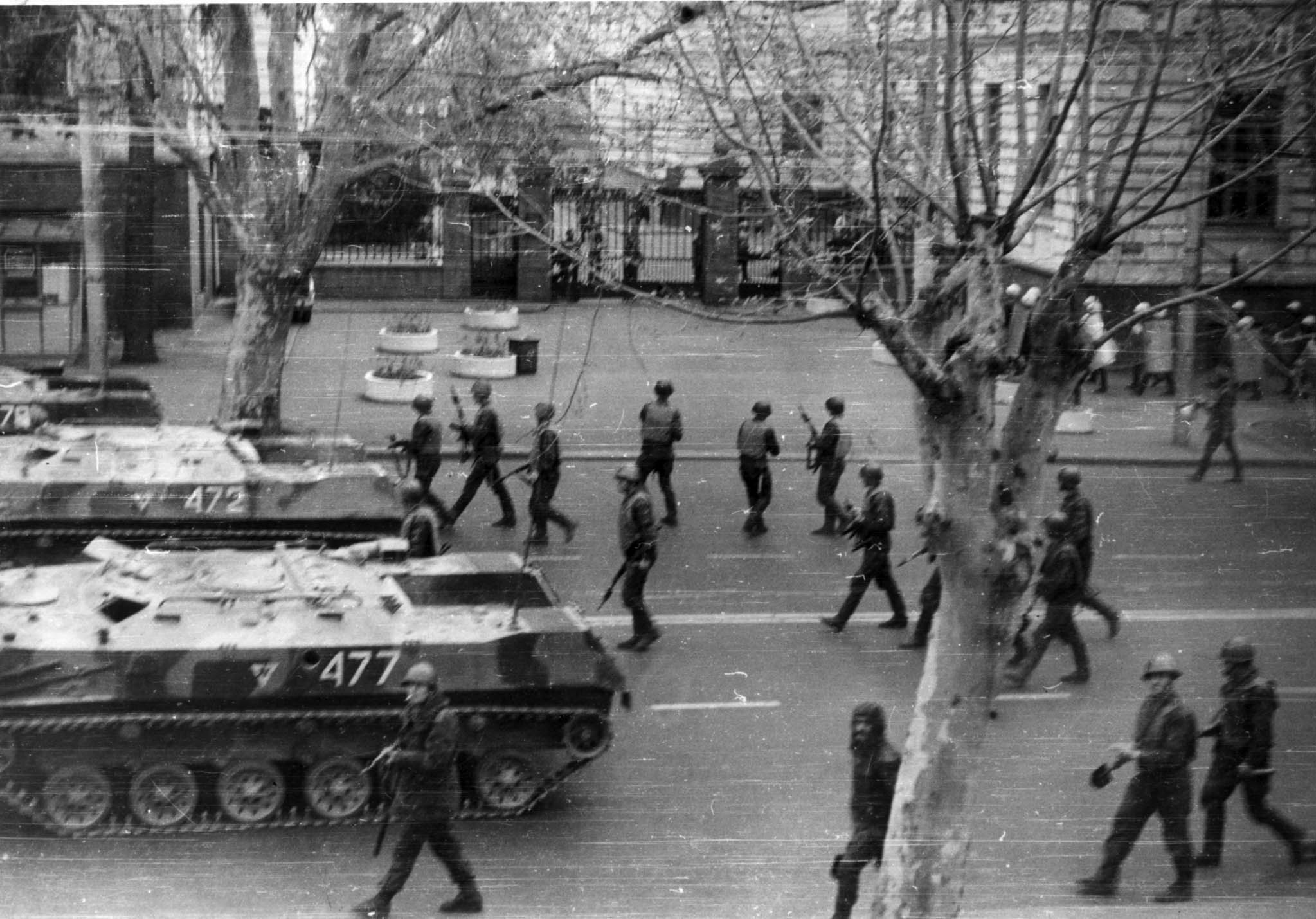 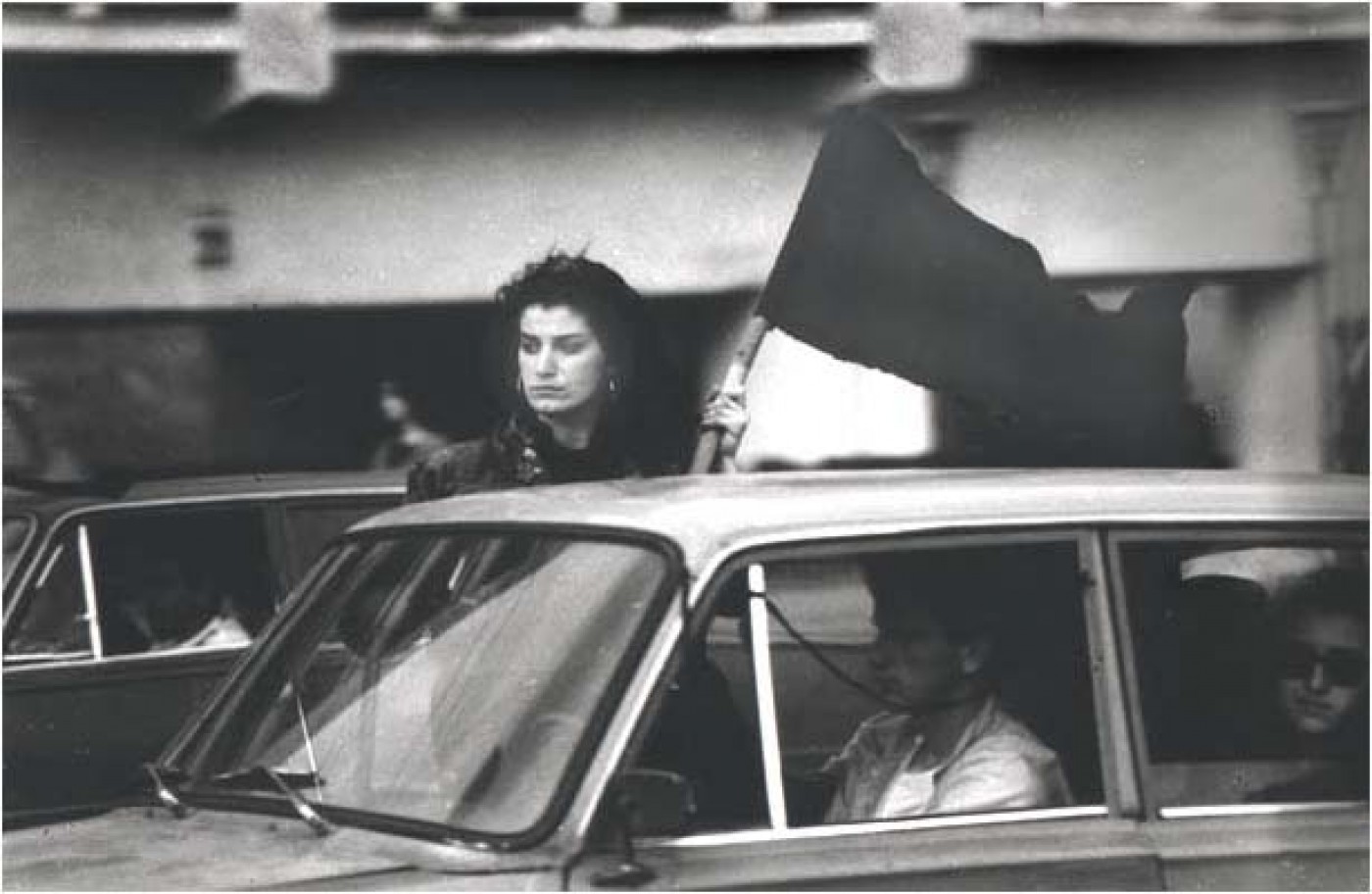 In the following days, the death toll reached 21. The majority of them were women (including pupils). Most of those who died received mortal wounds from entrenchment shovels, while 3,500 people were poisoned by gas.

Such was the dawn on that day. The tragedy was followed by the declaration of a curfew.

The Soviet Press, to this day, attempts to conceal the use of poisonous gas, and doesn’t mention soldiers using shovels to bludgeon the protestors. The deceased were declared victims of the clash.

The Communist Newspaper regarded the actions as prevention of disorder. Two years later, on 9 April 1991, the independence of Georgia was declared following the results of the referendum.

The Supreme Council, by order of Zviad Gamsakhurdia (the first democratically elected president of Georgia) adopted the act of the independence of Georgia’s statehood. 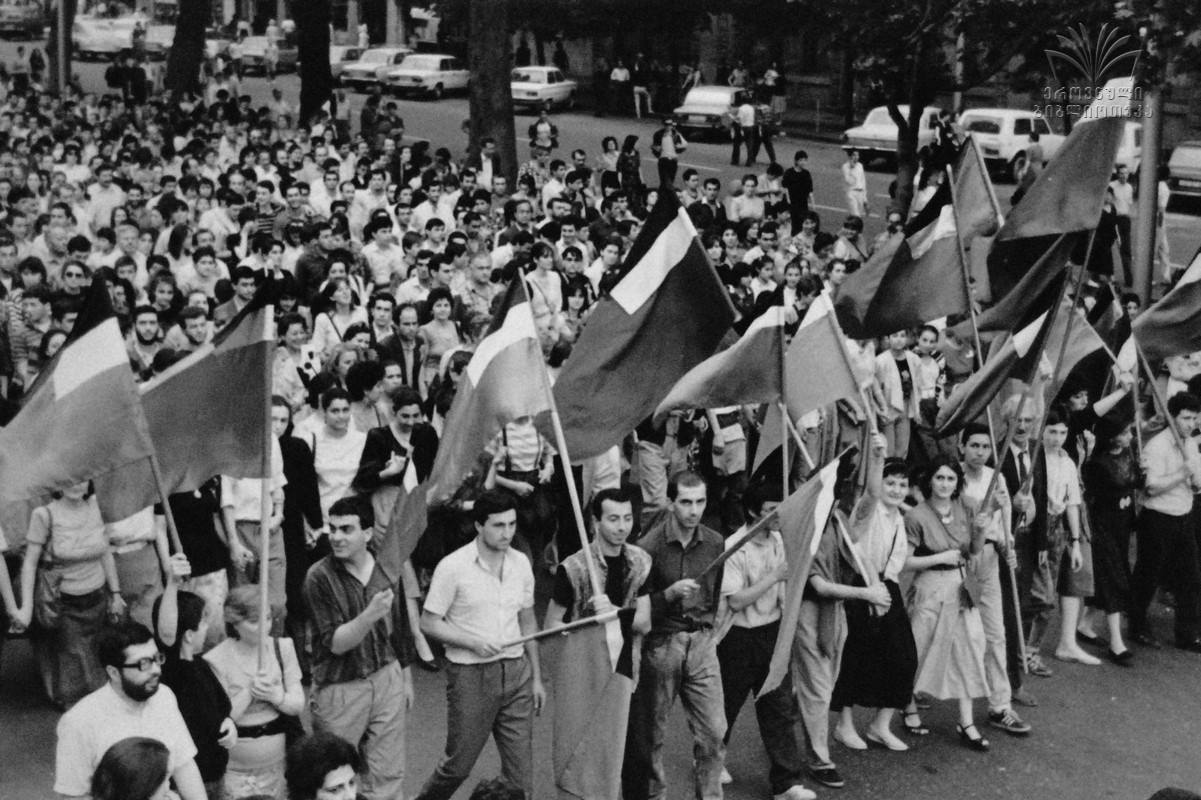 Abkhazia will not open borders to Russian tourists until July 15

Armenia: Limited access to education – the unseen consequence of conflict

Georgia: tourism on hold – int’l flights will not resume until August

Abkhazia will not open borders to Russian tourists until July 15

Armenia: Limited access to education – the unseen consequence of conflict

No water, nothing grows, frequent fires - a story from an Azerbaijani village, video