Who are the Azerbaijani "prisoners of the light"? 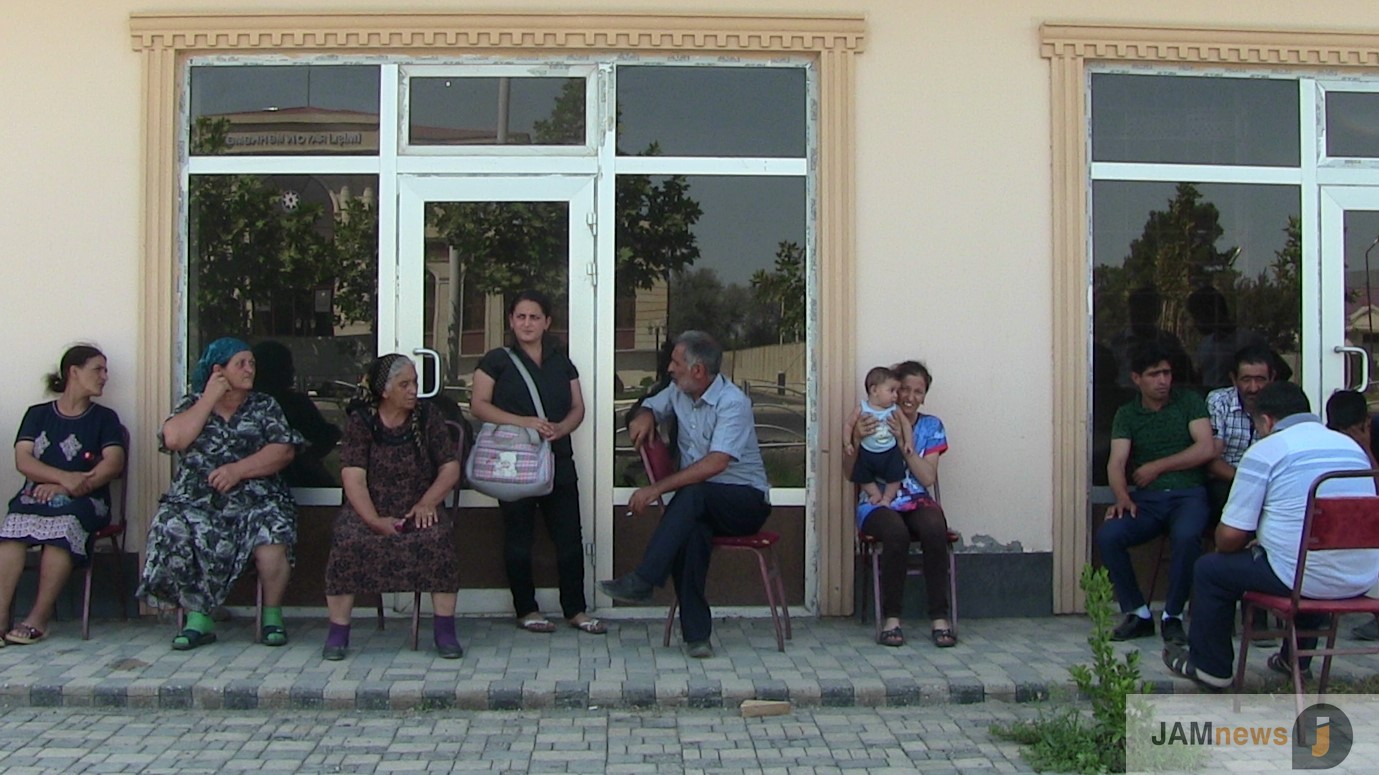 In the Azerbaijani city of Imishli, in the Jabrayil district court, a verdict was recently released for a case involving five youth – the ‘prisoners of light’ – as they are known by the people.

They were arrested at the end of last year after a protest gathering, where they demanded uninterrupted power supply for the city. The protest took place in the village of Bilasuvar (153 kilometers from Baku), in an area with forced migrants from the Jabrayail region of Karabakh, in front of the building of the local municipal authority.

Explainer: The government structures of the region that went under the control of Armenia as a result of military activities in 1991-1994 such as courts, schools and municipal authority continue their work in Baku and in other cities of Azerbaijan. There were about 77 000 forced migrants from Jabrayil, and the majority of them resettled in Bilasuvar.

People gathered in front of the municipal authority building, and someone from the crowd of protestors threw a stone and hit a police officer in the eye.

Five of the participants of the protest were arrested. They spent about 10 months in prison.

On August 19 of this year, three of the accused – Gulagha Almamedov, Jalal Guliyev and Ilkin Iskenderov – received conditional sentences and were released. Ulvi Guliyev and Saura Feyruzlu were sentenced to 1.5 years in prison.

Journalists and representatives of civil society were not allowed into the courtroom under the pretext of a lack of space, despite the fact that the trial took place in the newly renovated court building in Imishli which has spacious courtrooms. It was namely because of the fact that there wasn’t enough space in the Bilusuvar district court which ‘housed’ the Jabrayil district court, which was transferred to Imishli.

The ‘prisoners of light’ were accused of deliberately spoiling the property, violating public order and violent actions against a representative of the law. The arrestees denied all the allegations against them and said that they had not inflicted injuries upon anyone.

“In court, nobody testified against them, and all the victims said: “We don’t know any of these five people. It was dark, we didn’t see who threw the stone. But nonetheless they gave my son 1.5 years in prison,” ” says the father of Zaur Feyzullayev, Tebriz Gajiyev.

The prison term could have been longer – up to seven years – and so the relatives of the condemned say they got off ‘easy’.

Azerbaijani society reacted disapprovingly of the trial. First off, many doubt that the verdict was fair.

Journalist and human rights defender Qazimli said: “If an ‘open court’ trial takes place behind closed doors and journalists and representatives of civil society are not allowed into the courtroom, how can the verdict be considered fair?

“This case was politically motivated, and the people not guilty at all. The State has widened its circle of those it oppresses: besides journalists and civic activists it has included simple and vulnerable citizens. The authorities want to scare people so that protests – which are unavoidable amidst such a deep crisis – do not take place on so large a scale.”

Secondly, representatives of the authorities postulate that they need to take better care of the re-settlers and refugees. As victims of the Karabakh conflict, they have been provided with living quarters and have received a few other benefits. Forced migrants had never before been the accused at a large court trial. Their plight was something like an indulgence.

The deputy of the Jabrayil district, Astana Shakhverdiyev, poured oil on the fire of societal discontent. After the detention of the now-called ‘prisoners of the light’ last year, the official called them ‘pot-smokers and drunkards’. On social media, many angry comments appeared in which people said that one shouldn’t address refugees as such. The wave of outrage was so large that the deputy had to apologize.

Third of all, the ill-gotten protest didn’t have any relation to politics whatsoever. The demands of the protestors were understood by everyone.

And if one is to say that the right of the residents of Bilasuvar to demand to pay only a part of the fees for electricity isn’t quite legal, then one has to realize that the village residents think in a different way, because this question has a long history.

The thing is that in the first 10 years after the conclusion of the cease-fire between the two fighting sides of the Karabakh conflict in 1994, Azerbaijani refugees and forced re-settlers did not have to pay for utilities. Then they gave them a limit: free electricity and gas were given only up to a certain extent, after which they had to pay.

But in many places with high populations of refugees, there was no gas whatsoever, and for that reason they surpassed the electricity limit very quickly. That’s how it was in Bilasuvar: taking into account unemployment, the level of which is very high in most of places where they live, many forced migrants are still part of one of the most socially and economically vulnerable groups of the population in Azerbaijan.

For that reason, they often couldn’t pay for electricity, and that the government still ‘owed’ them free gas. Problems with the payment for electricity were solved ‘informally’ – that is, by paying small bribes to employees of ‘Azerishiq’, an Azerbaijani electricital producer. For 5-10 manat, the employees agreed to ‘erase’ the data of the utility devices, say residents of Bilasuvar.

“At first, you could say we had electricity all the time. Then they began to collect 5-10 manat from every family, saying ‘you’ve gone over the limit’ and other things. We didn’t say anything, we agreed to their demands. But starting in October, they started turning off the electricity, and in the last 15 days, one could say, they turned off the electricity every day from about 1 to 2 o’clock until 7 or 8 at night. Everyone has kids, older parents, or maybe someone is sick in the family. In winter, in the cold, everyone froze. People say either don’t collect money or don’t turn off the electricity. That night, everyone went to protest for that reason,” the grandfather of Magomed Bayramov, Ilkin Iskenderov (one of the five who received a conditional sentence), told JAMnews.

Why did the ‘conciliatory’ employees of Azerishiq decide to employ such ‘preventative measures’ against the Jabrayil residents?

The thing is that not long before this, Ali Hasanov, the head of the committee for refugees and forced re-settlers, stated in a speech in front of the cabinet of ministers that forced resettlers would have to start paying for electricity, and that the privileges they had received for free gas and electricity would be received by them in a ‘liquid’ cash equivalent. The new order came into effect in January of 2017.

Economist Toghrul Mashalli believes that the conversion of privileges into cash may further boost the budget.

“According to data from the accounting chamber, earlier on about 95 – 97 million manat was spent on refugees and re-settlers, and for 2017, a budget of only 54 – 55 million was set aside. There’s another privilege that forced re-settlers receive, and that is a sum of money for food. The government spends about 117 – 128 million manat per year on this, and this sum has not changed. But by changing up their privileges, they hoped to raise the amount of money for food from nearly 20 manat to 36 manat. And so in the end, the budget won out by combining money spent on food and utilities.”

Concerning the official position on the case of the ‘prisoners of the light’, we were unable to receive any statements from the committee on problems of refugees and forced re-settlers. The position of the authorities after the protest of 2016 was first voiced by the deputy head of the Jabrayil district authority, Arif Farzaliyev, who said in a comment to modern.az:

“The migrants have a large debt. The citizens have exceeded the limit on electricity expenses. For that reason, the Imishli district energy grid was shut off. But after negotiations, everything was settled. The delivery of electricity was restored, everything is calm, there is no disorder.”

The recently handed-down verdict was treated by pro-government media as an ordinary event in a timeline of criminal activities, and they mostly focussed on the articles used to accuse the suspects.

What happened next with the electricity, Jabrayil refugees and their privileges?

In the beginning of 2017, new protests began amongst forced re-settlers, but this time in Baku. People said that 36 manat (USD 21 for food + utilities) was not an adequate substitute for the privileges they had earlier received.

But this time, they didn’t arrest anybody; moreover, not even a month had passed before President Ilham Alive signed an order to amend the former bill, according to which forced re-settlers were divided into sub-categories. Some of them received their former privileges.

Currently, refugees and forced re-settlers that do not have living quarters do not pay for utilities at all. And they don’t pay for electricity if they do not have gas heating within their homes, and they continue to receive the same ‘bread money’.

Those who have living quarters receive 36 manat per month and have to pay for utilities themselves.

Now there is a constant supply of electricity to the Jabrayilis. And the last amendments to the law have entirely solved the problem: because there is no gas there (they have only just started connecting certain homes to the gas grid), no one pays for electricity.

“If the problems have been solved, then why should these kids be placed in prison? Our children have become prisoners in this exchange,” says Tabriz Gajiyev.