Op-ed: What if Karabakh returns?

This article was originally written exactly one year ago, shortly after the most serious escalation of tension on the frontline in Karabakh, upon conclusion of the ceasefire deal. It was then that an Armenian website reprinted it, changing the headline to ‘I see no prospects for Karabakh’s return under Azerbaijan jurisdiction’, without the author’s permission. Also, part of the phrase ‘today or in the near future’ was shortened. So, it turned out that the author didn’t see any prospects at all at that time.

But let’s leave such techniques to those who are fond of collecting clicks. It’s been exactly one year since the publication of this article, i.e. the ‘near future’ has already passed. Has Karabakh become closer to Azerbaijan? Definitely not. Some serious incidents have been reported in the conflict area over the past year. It is noteworthy that heavy weapons haven’t been used. Casualties on both sides have exceeded those reported in all previous years (except for 4-day hostilities in early April).

At the end of the article, the conclusion is drawn that democratization of the conflicting countries and communities can give impetus to resolution of the conflict. Have our countries become more democratic? Also, definitely not. The arrests of dissidents have continued, the websites have been blocked and the ruling family’s power has become stronger in Azerbaijan. Meanwhile, in Armenia, the president, whose term in office expired, has found a way to further maintain power by changing the constitution.
To my deepest regret, it can be concluded that the ‘near future’, set for resolution of the conflict, has further expanded for an indefinite period of time.

…and the rotten tomatoes and addled eggs have been cast at the author. And most importantly, from both parties involved in the conflict.

Azerbaijani reader: “What does it mean ‘return’? Has it gone anyway? No one in the world has recognized that! Not even Armenia!”

Armenian reader: “The author is probably fond of science fiction. The people of Artsakh have already decided their fate!”

Dear readers, save your eggs and tomatoes! It is not worth wasting them only on the title. Since, when you read the whole text, you will be willing to replenish your stock.

So, let’s consider a scenario (even if fanciful from anArmenian reader’s standpoint and treacherous from the Azerbaijani reader’s point of view), under which Nagorno-Karabakh and the adjacent areas are returned under Azerbaijan’s jurisdiction.

If an impartial opinion poll is conducted in Azerbaijan, I think the overwhelming majority of the population will answer the question on ‘how to bring Karabakh back to Azerbaijan?’ as follows: ‘Only through military force.’ Yes, it certainly is revenge-seeking. The same desire for revenge, as in Germany after Versailles (more tomatoes are cast). The Versailles Treaty did not settle problems in Europe, just as the Bishkek and Casimir treaties did not solve the Karabakh issue, but, rather, put aside its settlement.

Another question is, how real is it to regain Karabakh through military force? Only a fool learns from one’s own mistakes, a smart person will look at his/her neighbor’s mistake, namely, Georgia, which has similar territorial problems, and attempt to settle them by military force.

In my opinion, no hoisting of flags over Stepanakert/Khankendi will settle the conflict, similarly as the occupation of seven districts of Azerbaijan has not settled it. The territorial conquest, as a means of pressure on the enemy, has been left in the 19th century. Therefore, let’s not waste time and kilobytes on a fictional script and see what will happen, if one tries to regain Karabakh peacefully.

Azerbaijani authorities offer Nagorno-Karabakh the ‘broadest autonomy’ as part of Azerbaijan. The essence of this ‘broadest autonomy’ has not been revealed yet. However, the analogs with Tatarstan, Trieste and Aland Islands have been voiced during talks and at briefings. The Aland model is the ‘broadest’ out of the aforesaid models. This model was considered at the end of the 1990s. Let’s imagine that the parties have agreed and Nagorno-Karabakh remains under Azerbaijan’s jurisdiction on the condition of autonomy similar to the Aland autonomy. This implies that:

By the way, as far as the emblem and flag are concerned, for me personally, it is absolutely normal. Even a football team may have its emblem, flag and anthem, so why should the separate regions, especially the autonomies, not have them? Let the Nakhichevan Republic have an individual flag and anthem.

Many Azerbaijani authors are flatly against the NKR abbreviation, saying the republic cannot be part of another republic. First of all, there is already the Autonomous Republic of Nakhichevan. Secondly, as my first editor, Zardush Alizade, used to say: “Let it even be called the Nagorno-Karabakh Empire – the important thing is that the laws of the Republic of Azerbaijan be in effect there.”

Another outcome: after signing a peace treaty, let say, on the basis of that very Madrid principles, the refugees will enjoy the right to return to their native towns and villages. Are the communities in Baku and Gyanja ready to accept dozens of thousands of Armenians? For the time being – definitely not. And nobody even talks about the possibility of such a development of events.

The Armenian media often accuse Azerbaijan of anti-Armenian sentiments. One can certainly draw parallels with turkophobia in Armenia, but this is a subject for another article. Meanwhile, I would say that there is actually Armenophobia in the Azerbaijani community, but it is quite understandable. Considerable territories of Azerbaijan are still occupied, refugees from these areas live in far-from-perfect conditions. Azerbaijan believes that the war is not over yet. And now, imagine Armenians returning to Baku against that background. And they, by the way, used to live in the city center, in ‘prestigious’ houses. Just a small sparkle will be enough for the inter-ethnic clashes to break out with a renewed vigor. Do we really need that?

Proceeding from the aforesaid, let me conclude that neither today, nor in the near future, will there be any prospects for Nagorno-Karabakh’s return under Azerbaijan’s jurisdiction either peacefully or through military force (tomatoes, please). Neither the Armenian authorities (who have received everything they wished, and even more than they are going to give away), nor the Azerbaijani ones, are interested in that. They don’t need a headache in the form of whimsical Armenians – Nagorno-Karabakh residents and former residents of Baku and Gyanja of Armenian nationality, who are going to talk about human rights and complain to international institutions every now and then. And they could not be sent to prison like ordinary Azerbaijanis, since everyone will be closely watching them not just through a magnifying glass, but rather through a microscope.

The region’s key political and military power – Russia, has no interest in that either. Through this conflict, it maintains both sides within the scope of its influence; this is a perfect lever for putting pressure on both sides.

So, where is the way out? I think, no artificial coercion will help drive the conflict from the dead-lock. The common interests should become mature. It could be economic interests, rapprochement in the face of a common enemy, or some possible geopolitical dividends. For example, France and Germany waged three deadly wars in 70 years. However, the common economic interests (coal) and the Communist threat helped them get closer and now these countries are the core of the European Union. Or, let’s take the example of Northern Cyprus. Southern Cyprus’s accession to the European Union was an impetus for rapprochement of the population of the separated island. Now, travelling from the northern to the southern sector is a mere formality, whereas before it was hard even to imagine.

What is a common interest that may bring the Armenian and Azerbaijani communities of Nagorno-Karabakh closer to each other? In terms of economic projects, this could be the use of water resources. For example, the Sarsang water reservoir, that is under the control of the Armenian side, can supply water to the neighboring Azeri regions for irrigation – of course, in exchange for something else. I am not inclined to think about a common enemy. Yet, the neighboring countries, where Azerbaijani and Armenian minorities are cohabiting in peace and harmony, could become such an enemy. If ultra-nationalists come to power in these countries, they will equally oppress both and that will bring the nations closer.

Of course, many terms and clauses of the agreement on Nagorno-Karabakh’s return under Azerbaijan’s jurisdiction as autonomy can be subject to negotiations. However, it’s not the matter of the models of the region’s future arrangement. The matter concerns unwillingness of the political elites of both sides and the community’s unpreparedness for peaceful cohabitation. This could be changed only though consistent democratization of both countries. Autocracies need conflicts. Democracies do not fight with each other. 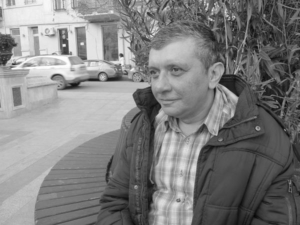 Shahin Rzayev, a journalist based in Baku