“The number of horrible crimes against women in Abkhazia is unprecedented” 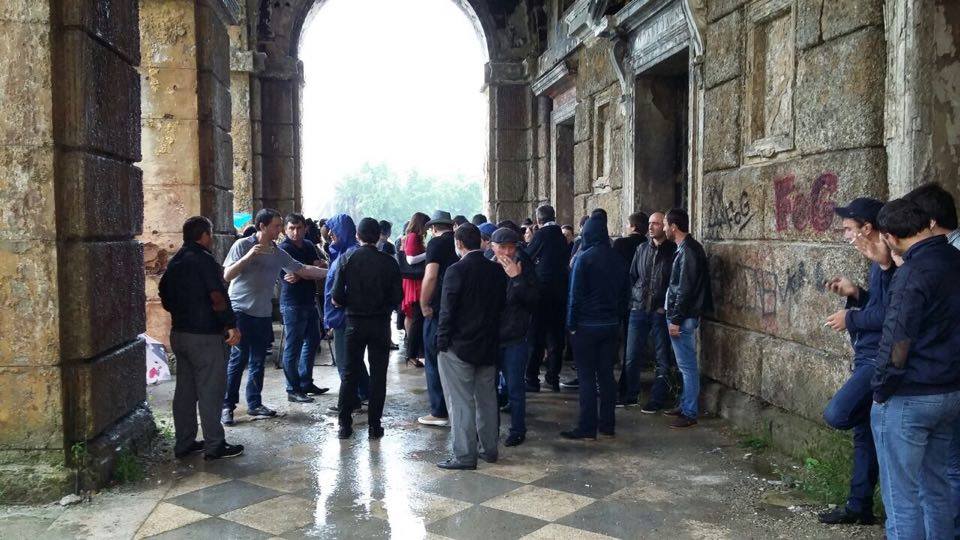 A terrible crime committed in Abkhazia has led to the formation of a large civil movement intent on pressurizing the authorities to launch new law enforcement reforms.

The tragic story of the Jamagaziya sisters only came to light on 12 July, although the events had taken place some days prior to that.

According to preliminary reports, the younger autistic sister Liana was taken away from her home and raped by Astamur Jopua, the presidential security team officer belonging to an influential local clan. He has been dismissed from service since.

Angela, the elder sister was killed several days later. It was apparently a so-called “honour killing” (also known as a mercy killing) committed by the girls’ father, Ruslan Jamagaziya. He has since disappeared and the search for him continues.

Astamur Jopua has been placed in a solitary confinement in the security service headquarters for two months.

His relatives who are quite influential, refused a cover-up from the very beginning. While at a family gathering, the Jopua clan condemned the crime and renounced Astamur.  The decision was supported by his brother Almas Jopua, an MP and the leader of the Ainar political party. Astamur’s aunt Tali Jopua resigned as the head of the state TV. Tali’s husband, Aslan Kabakhiya, remains on leave so as not to interfere with the investigation.

President Raul Khadjimba has taken the investigation under personal control.

Nevertheless, public protests and numerous rallies in Abkhazia are continuing..

The NGOs accuse the Jopua clan of killing the other sister too. They claim it was Ainar`s leader Almas Jopua who provoked the murder.

The day before the murder he met with Ruslan Jagamaziya and blamed the daughter of immoral behaviour. The conversation was recorded and produced in  parliament by the MP himself. The day after the conversation Angela was shot dead by her father.

The Jamagaziya sisters’ relatives have held a rally demanding a fair investigation. 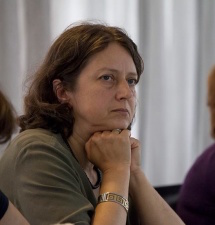 Arda Inal-ipa, head of the Centre for Humanitarian Programmes, commented on the story for JAMnews. The following interview was done by a JAMnews correspondent in Sukhum.

“Some try to portray these “honour killings” as a return to traditions, but these are absolute lies.”

“I am already 60, but I cannot remember such a wave of horrendous crimes against women and youngsters, family killings – neither before, nor soon after the war. This is something new for Abkhazia.

Some try to portray these killings as the return to traditions, but these are absolute lies. Violence against women, even in cases of blood revenge, has always been considered a shame.

Mob killing becomes common practice when the state is ineffective. In the absence of adequate reaction to crimes, a society ceases trusting law enforcement.

In fact, by ignoring the problem, authorities make it possible for women to be murdered solely based on anonymous sms’s accusing them of immoral behaviour.

In the last two years we have been witnesses to numerous killings of the women and thus they have been deprived of justice.

For example, two women from a rural family have been in conflict, and one of them showed the relatives some sms on her rival`s phone. This proved to be enough for the other woman to be hanged.

This was done by her father and brother presumably to uphold the family honour. A child was left without a mother, amidst her murderers. The family insisted it was a suicide to which the police agreed and they have closed the case.

The Abkhazian Women Association has been trying to attract attention to the problem through roundtable discussions. Despite calling upon law enforcement for their participation, they have not received an adequate response.

On the contrary, the officials claim the problem of family violence is being exaggerated and that the Western values are being promoted.

Unfortunately, when it comes to family violence, people avoid appealing to the authorities for help. Furthermore, official statistics for the past two years only shows 6-7 reported cases.

I believe it is the police as well as the leaders of the state who are responsible for that.

As philosophers say, the attitude towards women indicates the level of the society. Unfortunately these crimes put Abkhazia several ages behind other countries. Those who consider it normal, take responsibility for that upon themselves.

The grassroots initiative whereby ordinary women are demanding justice, is a sign of radical changes in Abkhazia.

Criminal conduct is often being falsely portrayed as traditional values.

It is a serious problem demanding action from our scholars represented in the parliament and all other levels and organisations.”

Immunity of criminals with connections

“Nepotism and informal connections are quite common  in many places, especially in the Caucasus, with Abkhazia being no exception.  The problem should be addressed, but unfortunately the state institutions operate beyond the public’s control.

We can only guess which factors affect the decisions, but have no proof thereof. Those who say it in public can easily be accused of irresponsibility.

The Centre I represent and many other civil activists believe that public control bodies should be established in law enforcement and other institutions to make them more open and accessible.

We need public monitoring similar to those that many countries have already implemented. This proved to be effective and the decrease in criminal activity reflects the efficiency.

It is unacceptable that ministers happen to be on leave or on business trips during a crisis. Their voices and assessments should be heard by society.

The parliamentary commission that was established to oversee the investigation of the Jamagaziya sisters’ murder and rape passed it on to the Committee on Security and Defence. We hope that a public commission of enquiry will also be established.”

Toponyms and terminology used in the publications, as well as views, opinions and strategies they contain do not necessarily reflect the views and opinions of JAMnews or any employees thereof. JAMnews reserves the right to delete comments it considers to be offensive, inflammatory, threatening, or otherwise

"What does Azerbaijan want?" - publication of a list of demands: Reliable source or Pashinyan?

Diversifying Arms Markets: How Armenia Is Overcoming Dependence on Russia

Diversifying Arms Markets: How Armenia Is Overcoming Dependence on Russia

"What does Azerbaijan want?" - publication of a list of demands: Reliable source or Pashinyan?