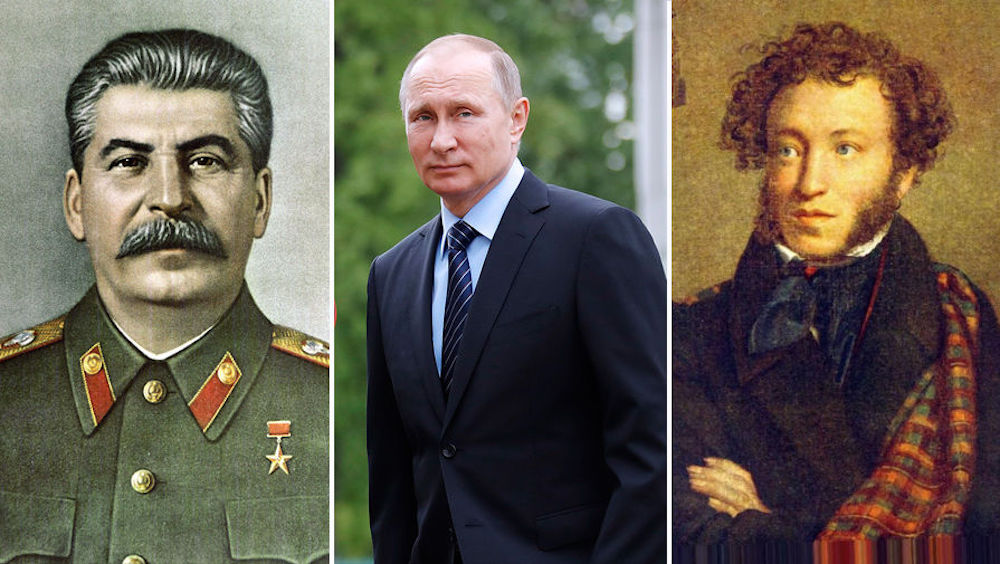 A poll conducted in Russia by the Levada-Center showed that Russians consider Stalin, Putin and Pushkin as the most outstanding individuals in the history of mankind. The Russian queen Yekaterina II, Soviet marshal Zhukov, and the renowned poet Mikhail Lermontov came in at eighth, ninth and tenth places respectively.

Among the ten most outstanding individuals were five heads of state, three authors, one military leader and one astronaut.

In the poll, Albert Einstein fell behind Leonid Brezhnev (16 and 15 places respectively).

Stalin won the first place with 38 percent against Vldimir Putin`s 34.

Aleksey Grazhdankin, the deputy director of the Levada–Center, told “RBK” the following on the results:

“With the new confrontation with the West, another round of Cold war sympathy for tough personalities like Stalin comes easy.”

Russian journalists have emphasized two important factors: the campaign justifies Stalin and his time, launched recently in the Russian media; and the fact that standard polls do not work in authoritarian regimes, where people choose to give loyal answers.