Self-censorship in Azerbaijan – remaining silent about everything Armenian

While there have been no major breakthroughs for Armenian-Azerbaijani relations in the past is months, there is at least a general warming and hope for constructive negotiations. There is considerably less shooting on the border. In January 2019, the heads of the ministries of foreign affairs agreed to start “preparing the nations for peace.”

In both countries, this phrase pleased some, puzzled others. Since the war over Nagorno-Karabakh in 1991-1994, there have been almost no connections between the peoples of Armenia and Azerbaijan, and both governments have promoted anything but a compromise to resolve the conflict.

In this article, first published on November 13, 2017, JAMnews presents a review of the situation with self-censorship in Azerbaijan – to what extent is society ready to at least talk about one neighboring country without hatred?

I was lucky in getting the ‘right’ kind of taxi driver – one who had a real ‘chanson’ playing in the car. This is a rare thing in Baku. “Planavaya, planavaya, so pretty…” sang Boris ‘Boka’ Davidyan, a well-known performer of ‘prison-style songs’ and an ethnic Armenian of Baku origin.

The Taxi driver chuckled. Actually, he wasn’t risking much by listening to a singer with an Armenian surname, because not many people in modern Baku know who Boka is, even though many local ‘chanson’ performers have ‘inherited’ his songs and still sing them at weddings.

*Planavaya – a slang word from the Soviet past, meaning “a girl who smokes weed”.

*Chanson – in the Russian context is a music style similar to a prison ballad (not to French music).

In 1988, there were no less than 200 000 Armenians in Baku. Then the Karabakh conflict broke out between Azerbaijan and Armenia, and the countries ‘exchanged’ refugees. The multinational Baku courtyards became a thing of the past, as the ethnic composition of the city changed in favor of the titular nation.

The Karabakh conflict is steadily ousting anything that that can be associated with Armenia from the lives and speech of Azerbaijanis. Even though there are no official prohibitions on ‘mentioning anything that is Armenian’, many Azerbaijanis practice self-censorship – some out of patriotism, and others just to be on the safe side.

Self-censorship in everyday life: a silent love for Aznavour and other topics of taboo

After returning to Baku from a study stint in the USA in 2005, Aliona Semyonova tried to buy a CD of the System of a Down [the American rock band all of whose members are Armenian]. An employee of the music store took her aside to ask her why on earth she wanted to listen to ‘THAT’. “And why are you selling THAT?” she responded.

Several other similar experiences were enough for Aliona to learn to control what she says when it comes to “Armenian” topics: “This is not such an important and significant aspect of my life to get into a fight over.”

Her husband, who has encountered similar unpleasant experiences too, agrees with her, saying he’s made a point of avoidung touching on the topics when he’s around unfamiliar people.

This video has 634 million views on YouTube. In the second minute, it shows the Armenian flag – a really strong move in terms of popularizing Armenia worldwide. It’s no surprise that Azerbaijani patriots are not happy about it.

We conducted a short survey to find out in which situations Bakuvians bite their tongues to avoid saying something politically incorrect, to wit Armenian. Here’s what many say: 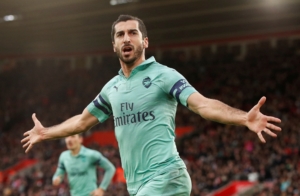 Do people relate to such sympathies? Here, all of the answers have been divided into three groups:

1. No self-censorship – I say what I want. Such tolerance can be condemned on social media and in ‘real life’. Some believe this to be a kind of ‘epatage’:

“Now it’s considered fashionable to praise, for example, the footballer Mkhitaryan, to stand out the crowd and show how ‘special’ you are. Just like how many ‘connoisseurs’ of Armenian cognac have never even tried it.”

2. It’s better to keep your own counsel than to later find yourself having to argue and prove that two plus two isn’t five.

“I love Frunzik Mkrtchyan. I consider him to be a brilliant actor, like Dzhigarkhanyan. However, I will never openly say anything about it anywhere.”

3. Cognac-schmognac, the war is on.

“Let’s not forget that, after all, there’s a war going on between us, including an information one. In such circumstances, few people would call great and famous Armenians ‘great or famous’. It’s like playing Wagner’s music in the USSR in 1942.”

Attempts to prevent ‘all things Armenian’ from infiltrating the Azerbaijani life are connected with many scandals, each of them a battle on the field of the information war. Here are the most prominent ones:

Armenian turkey – A passenger on an Aeroflot flight from Moscow to Baku was outraged by the menu that offered ‘Armenian turkey’, and expressed his indignation to the stewardess. The incident sparked a long and bitter discussion on Azerbaijani social networks.

Soso Pavliashvili’s concert – In 2016, a large portion of the Azerbaijani public tried to prevent Soso Pavliashvili from holding a concert in Baku. Although he’s not Armenian, he has performed in Karabakh in the past (that is, he went there from the Armenian side, bypassing Azerbaijani border guards to enter the territory of Azerbaijan) which was more than enough. This resulted in a sold-out concert being held in the Heydar Aliyev Palace (a concert venue in the city center). Discussions began about a month before the concert and went on for two more months after it was over.

Shakira and the flag – In 2012, Shakira gave a concert in Baku, during which she brandished what the stunned audience thought was an Armenian flag. It later turned out to be the flag of Colombia – the singer’s home country – which happens to have the same colors as that of Armenia, but placed in a different order. The funny thing is the mistake wasn’t immediately debunked in Armenia either, as the ‘sensational news’ made rounds in the Armenian internet resources.

From time to time, ‘smaller’ incidents occur. For example, in 2016, a song by Cher – an American singer with Armenian roots – was played in a famous café in Baku, causing outrage among the visitors. Every such case drives numerous clicks to news sources and causes angry disputes across social networks.

Experts on self-censorship: what is it really?

“It’s normal for people to try to formulate their speech in a way that will allow them to avoid conflict, or to avoid offending their interlocutor for whom the topic of the war is painful, for example.

“Incidents of the ‘turkey on the plane’ kind can be summed up in one word – sublimation.

“People who fought in Karabakh or are somehow directly involved in the conflict, usually behave calmly. And those who couldn’t ‘do their bit’ in the war are trying to do it through this.

If peace is ever achieved, even with the most favorable outcome, the ‘image’ of ‘the enemy’ that has formed will not leave public consciousness anytime soon. Work on this will have to be taken seriously by both sides. Moreover, it’s better to start right now, transforming the image of the ‘Armenian enemy’ into the image of ‘an enemy with an automatic weapon’, without placing an accent on nationality.”

“In my opinion, this is a sign of savagery. We’re not conducting an ethnic war with Armenians. Moreover, it doesn’t mean that our collective myths have collided. In a word, this is a manifestation of atavism which civilized peoples have long got ride of.

“Another point which is no less important: modern scientific ideas suggest that if there’s no interaction and no objectives, then the main thing is what happens inbetween. In a dead-zone between two nations, nothing worse can be imagined. In the past, people became friends, swore at and blamed each other, met up, even argued, but there was interaction.”

What’s left after everything?

Meanwhile, some Armenian ‘traces’ can still be found in Baku. They are either so familiar that people have stopped noticing them, or very few people know their true origin (and those who do, try not to focus too much on that).

Take the famous Suren Osipyan street for example – in Soviet times, there was a psychiatric hospital here. The street has since been renamed of course, but even now if someone tells you to “go to Suren Osipyan”, they mean you are sick in the head.

The church of St. Gregory the Illuminator – the church was built in the center of Baku in the late 19th century. It has survived a lot of cataclysms: it burned down in the early 1990s, was reconstructed in the early 2000s, and now houses the library of the Office for the Affairs of the President’s Office of Azerbaijan. For the Baku people though, it is primarily an excellent landmark. “Where are you?”. “Near the Armenian Church”. Moreover, even teenagers know it by this name. 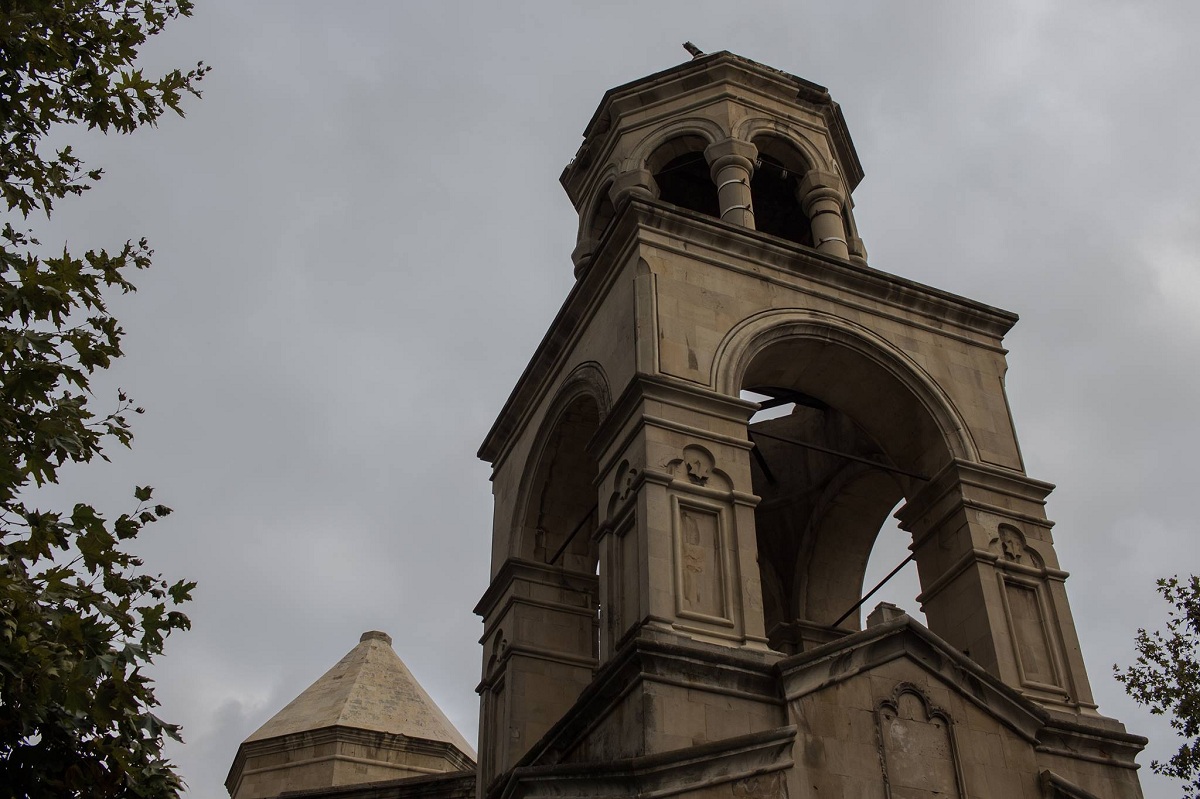 The song ‘I Met a Girl’ – the song from the Soviet film of the same name is one of the most famous songs by the legendary Azerbaijani singer Rashid Behbudov. The music to it was written by Andrey Babayev, who, despite the Azerbaijani surname, was a Karabakhi Armenian.

Is it also seen as a taboo subject? Not at all. In the end, Rashid Behbudov is a national treasure, and his song will remain a hit, no matter whom the music came from, even if it was the devil himself.

There are dozens of such ‘common’ songs, many of them a result of the close cooperation between Muslim Magomayev and Arno Babajanyan, for example. It’s impossible to ‘cleanse’ the grand artists’ repertoires, and it would be a pity to do so. Which is to say, let it remain as it is.