Employees with Armenian surnames are being laid off at the Sochi International Airport in Russia’s south.

Dozens of airport employees published a statement several days ago, asking for help in what they said is clearly a case of ethnic discrimination.

What does the statement say? 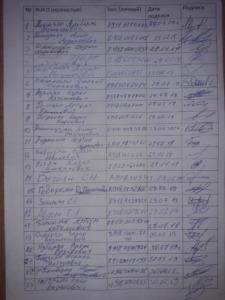 The statement was signed by about 30 employees of Sochi International Airport.

“For the second year already [ed. at Sochi airport], there is a brusque ‘cleansing’ of personnel on an ethnic basis. Employees with Armenian surnames are being dismissed by all possible means.”

According to the signatories, the discriminatory firing of Armenian personnel started back in 2018.

The first “purge” was carried out in two departments of the airport – in the Transportation Management Service and the Aviation Security Service.

“As a result, more than 70 people were left without work in these two services, including single mothers, the only bread-winners in the family, war veterans, staff members who have disabled disabled dependents, and others,” the airport staff said.

Employees ended their appeal with a request to “stop discrimination against Armenians in the airport of Sochi.”

“We just want to work, live normally, feed our families and be confident in the stability of the future of our children and grandchildren!”

Once the news came to the attention of many Armenian and several Russian media outlets, the press service of the airport commented:

“Given … the insulting information about the company released in the media, Sochi International Airport officially declares that the company’s personnel policy is in full compliance with the demands of Russian legislation.”

The statement further reads that the “composition of the airport staff is multinational, which is an indisputable advantage.”

The airport denies that personnel have been fired on ethnic grounds, and says that employees with whom contracts were recently terminated “are using issues of ethnicity for their own personal benefit.”

“The actions of this group of persons are not only illegal, but also lead to incitement of ethnic hatred, which is unacceptable”.

What do airport staff have to save

Sochi airport employee Karen Petrosyan says that the company earlier made it clear that they were waiting to hire other employees:

“They kind of secretly warned us that they would not let us work for a long time – ‘finish the season’ [they said], and then be ready for dismissal, without any particular reason.”

Petrosyan, who has not yet been dismissed, says that none of the employees has received an explanation as to the essence of the problem:

“This is an ethnicity issue, because 90% of those who are going to be dismissed have a last name that ends in ‘yan.’ No one is saying what the essence of the problem is. They are just removing all non-Russians.”

So far, only Chairman of the Permanent Parliamentary Commission on Regional and Eurasian Integration Mikael Melkumyan has commented on the issue.

“I contacted the Consul General of Armenia in Rostov-on-Don Vardan Asoyan and asked him to clarify this information”, Melkumyan said.

Melkumyan promised to raise this issue at meetings with colleagues from the Russian State Duma.

As for the office of the Commissioner for Diaspora Affairs, so far there have been no statements made.