Residents of Georgia have become poorer

According to the UNICEF Welfare Monitoring Survey 2017, poverty indicators in Georgia have risen since 2015. The report was released on 12 June by UNICEF.

In 2015, the percentage of families in the country living in poverty was 16.4, while in 2017 that number grew to 19.6 per cent. However, it should be noted that this number is lower than the same indicator for 2013.

According to the survey, poverty severely affects children. The number of children who now live below the poverty line has grown enormously. Every fifth child lives in a family who cannot provide for the minimum needs of the child.

About 60 per cent of the population is considered able to work. The majority of them are self-employed in agriculture. The level of unemployment among the youth is especially high – about 30 per cent.

In urban cities, the level of income is higher than in rural areas as is to be expected. Moreover, citizens in towns are spending more of their funds on eating out and on education than the population living in rural areas, which spends its money on food for the home and medicine.

A raise in prices

Researchers believe that slow economic growth and an increase in inflation rates and in consumer prices are responsible for the increase in the poverty rate.

In 2016-2017, against the weakening lari, consumer prices increased from 4 to 37 per cent for foodstuffs, tobacco, alcohol, medical services, utilities and transport. The population had to spend more money as a result.

“In the budgets of low-income households, the amount of money spent on food is quite high. In 2015, families and low-income individuals were more painfully affected by inflationary processes than households with high incomes. Over the past two years, the financial situation of households in Georgia has deteriorated and, compared to previous years, more families have become poorer,” says the report.

Over the past two years, the population has started spending less on education and the acquisition of long-term products.

The urban population of Georgia has started to take out more credit loans from banks and exchanging items in pawn shops. Around 1 500 families named these two options as their main source of income. Loans in Georgia are taken out from banks and pawn shops (80.3 per cent), microfinance organisations (8.7 per cent) and relatives and friends (6.1 per cent). 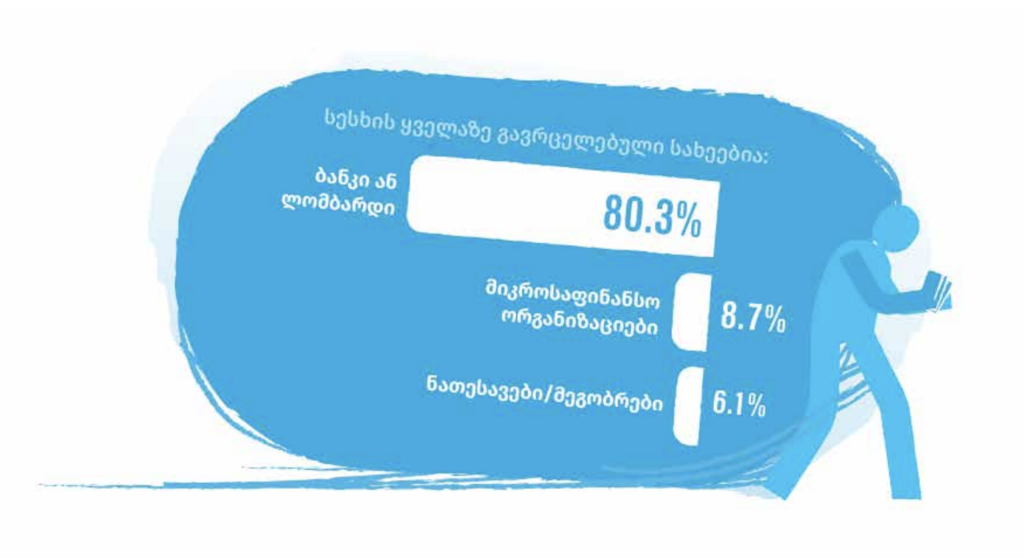 Around 97 per cent of children attend basic, mandatory schooling. However, children aged between 15 and 18 from poorer families are less likely to complete their education.

Six out of ten children from poorer families have difficulties in obtaining books.

Because of a lack of kindergartens, about 14 000 children do not go to preschool.

Households spent an average of 69 per cent of their income on medication, which is mostly due to a rise in the price of medicine. However, in 2017, medical services were more available to more families than in previous years.