Regulations and surprises of the Armenian elections

Parliamentary elections in Armenia are over though the results of this elections has caused somewhat of a stir. The victory of the ruling Republican Party of Armenia, which had the opportunity to form the government again, is not included among such surprises. Rather, the surprise was the defeat of several other parties, which, as it seemed, were supposed to hold seats in the Parliament. 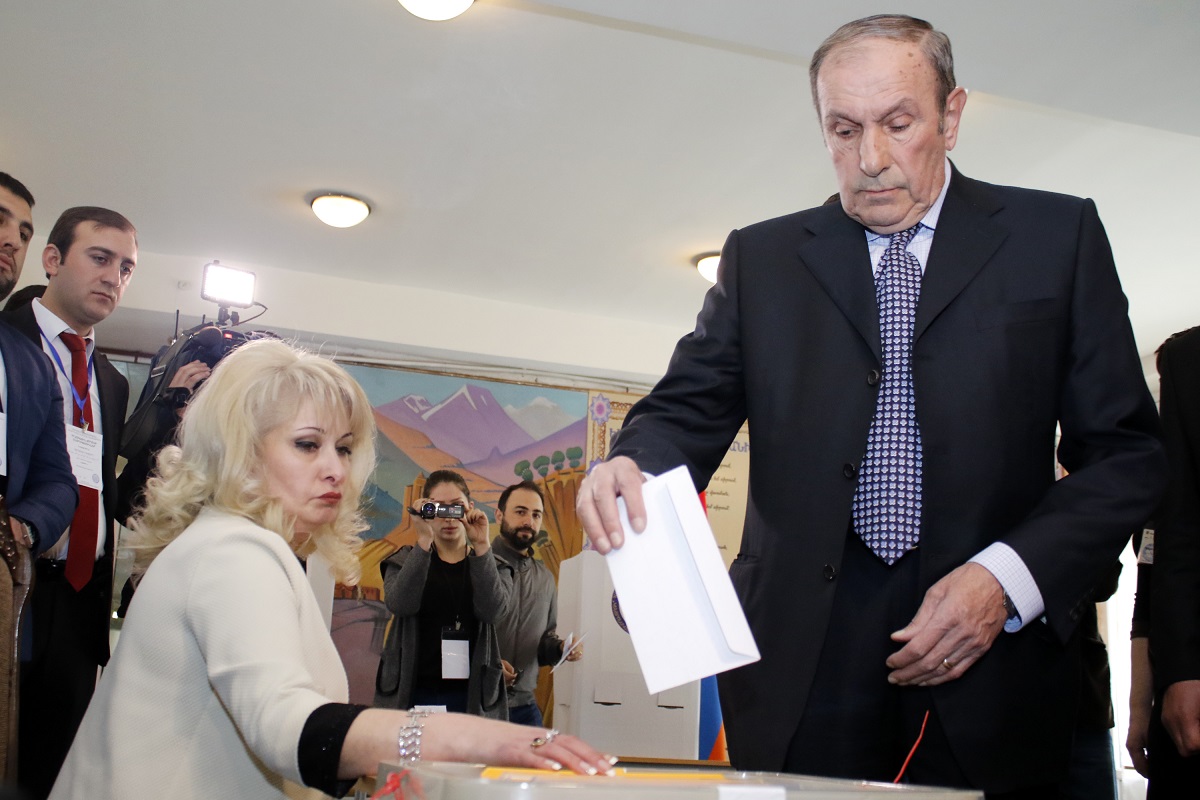 The alliance Armenian National Congress – People’s Party of Armenia (ANC-NPA), which built an election campaign on the rather unpopular thesis of “Peace in Karabakh”, did not pass through to the Parliament, while implying significant concessions.

Levon Ter-Petrosyan, the ANC leader and the first president of Armenia, proposed to agree with the Madrid principles of the Karabakh dispute settlement, and to take the first step – to withdraw troops the certain territories under current Karabakh control, and thereby “force” Azerbaijan to recognize the independence of Karabakh.

He referred to the fact that the authorities also accept the “Madrid principles” of the OSCE Minsk Group and agree with the territorial concessions. Prior to the elections, this led many to the conclusion that Ter-Petrosyan had entered into a certain deal with President Serzh Sargsyan and was trying to prepare the public for such concessions.

The party of Levon Ter-Petrosyan and his peace-loving proposal gained about 2% of the votes. This allowed the experts to draw conclusions about the extreme unpopularity of such proposals for concessions in Karabakh, and that people would probably not accept the compromise agreements with Azerbaijan even if the authorities would still be willing to sign them.

However, it seems unlikely that the Republican Party will take a disadvantageous compromise – the RPA’s ideology is based on the nationalistic doctrine of Garegin Nzhdeh, who was an ardent supporter of Great Armenia. In addition, along with the RPA, another nationalist party, the Dashnaktsutyun, has also obtained seats in the Parliament, and most probably will join the coalition with the RPA. Thus, the nationalistic alliance will rather be preserved and strengthened in Armenia, with whom it will be much more difficult to negotiate on the concessions with. 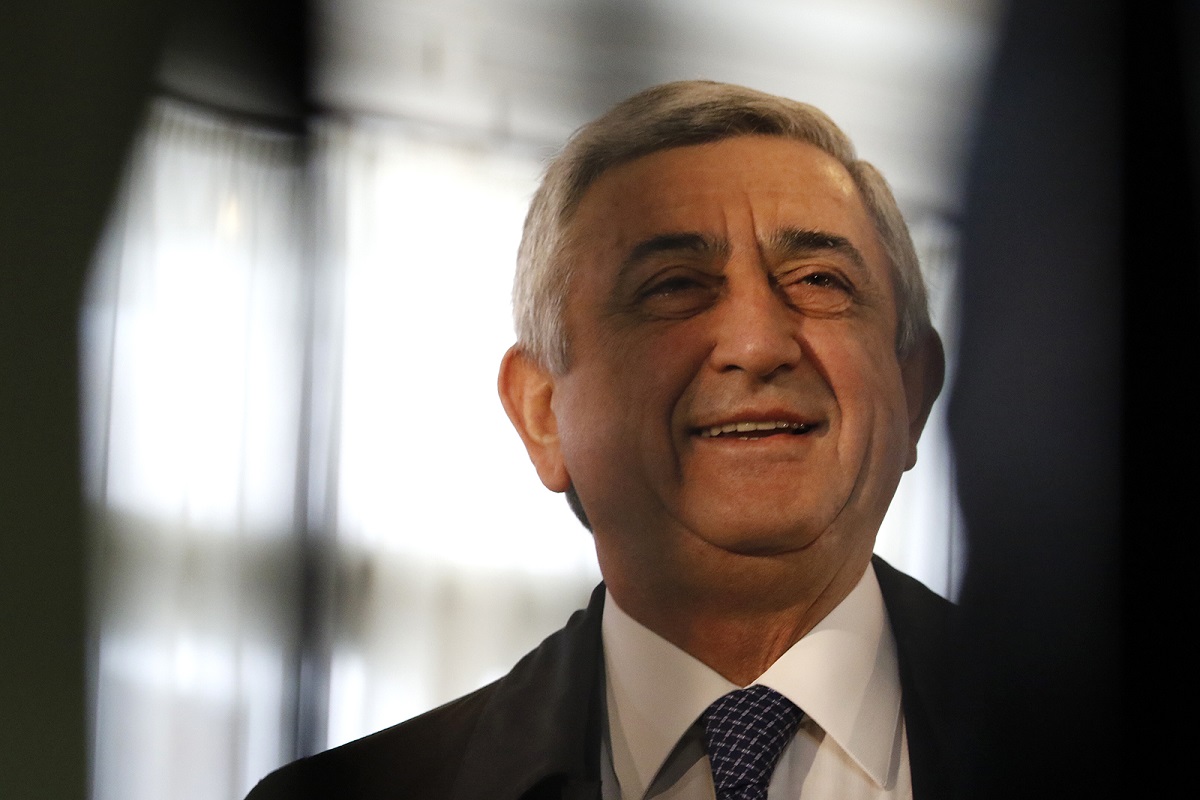 “On 2 April, we started by visiting Yerablur, having burned incense at the graves of those killed during the April Four Day War. On 2 April, we took a step forward in fulfilling the promise given at their graves. We promised to build a more powerful, a stronger and a more developed state, and we will build it. We will do it together.” Armenian President Serzh Sargsyan said in his statement.

Two alliances –  Tsarukyan and Elk (Exit) obtained the seats in the Parliament. In theory, they should become an opposition to the nationalist wing. And although, the Prosperous Armenia Party, headed by oligarch Gagik Tsarukyan, positions itself as an opposition, the few do believe in it. During the election campaign, when voters tried to criticize Serzh Sargsyan and the authorities, Gagik Tsarukyan called for “not politicizing”.

He is building his ideology on the image of a “good oligarch,” and, as the analytical experts say, he simply “covered” the moods of protest in Armenia with his petty charity. Tsarukyan’s alliance can become an “oligarchically-social” pole in the Parliament, which will impede the decisions that destroy the current monopoly-oligarchic system existing in the country.

The Elk alliance has every chance to really become a democratic opposition. This alliance includes many civilian activists that fought for democracy on the streets in the previous years. But they will be represented only by nine people in the Parliament.

According to the preliminary results of the voting in the Armenian Parliamentary Elections, out of 101 mandates of the new composition of the National Assembly of Armenia, 55 will be taken by the Republican Party of Armenia, 30 by the Tsarukyan alliance, 9 by the Elk allance (Exit) and 7 by the ARF Dashnaktsutyun.

The RPA receives the required number of mandates in the Parliament, forms a stable majority and can form a government without the coalition or any need in additional power.

Armenia is a member of the pro-Russian alliances of the Eurasian Economic Union (EAEC) and the Collective Security Treaty Organization (CSTO),  although it initialed a new Framework Agreement with the European Union just before the elections to the Parliament., Ivan Volynkin, Russian Ambassador to Armenia stated long before the voting day that Armenia’s foreign policy orientation will not change under any scenario.

In fact, he was right. The Free Democrats – the only party that supported the withdrawal from the EAEC and the CSTO and the formation of cooperation with the EU and NATO, scored just 2%. And although the Elk program also has a proposal to revise membership in the EEMP and begin closer relations with the EU, experts believe that the alliance will not insist on this thesis and will deal more with the internal problems.

Foreign policy orientation was not generally a popular topic during the election campaign, and virtually no one questioned the close relations with Russia – together with establishing the cooperation with the EU and the US. By the way, during the election campaign, Serge Sargsyan visited Brussels, met with the leadership of NATO and invited the Secretary General of the Alliance to visit Armenia.

There will be no after-election protests

The pre-election campaign was rather calm, if not a couple of excesses. Most of these incidents were connected with the Ohanyan-Raffi-Oskanian alliance, which included two ex-ministers – of the Interior and of Defense. The alliance has positioned itself as a force that seeks to change power – while through the elections. However, the members of the alliance hinted that if the party of power was again reproduced, they would lead people out onto the streets.

The ORO alliance openly supported the actions of the rebel group Sasna Tsrer, which in July 2016 seized and had been detaining the PPS police regiment in Yerevan for two weeks. Now the members of the group are behind bars and await the trial.

In addition, a few days before the voting, former Minister of Defense of Karabakh Samvel Babayan was detained, who was called the ideological father and coordinator of the ORO alliance. Babayan is accused of smuggling into Armenia of the Portable air defense missile system “Igla”. Some media reported that someone was trying to shoot down Serge Sargsyan’s plane.

There were no protest moods in Armenia after the arrest of Samvel Babayan and it became obviously clear that people are unlikely to go out into the streets after the elections.

The parties that did not obtain seats in the Parliament made statements on the next day after the elections, that were about the shortcomings and injustices of the elections, but no one announced any intention to lead the people out onto the street.

Moreover, the opposition has turned arrows on people with accusations of selling their votes and not thinking about the future.

“These were not the elections, but the bazaar and systemic falsifications organized by the authorities. The results of the elections do not reflect the real mood and interests of the people. Thus, we again received the illegally formed illegitimate power, which will lead to a deepening of the political monopoly. We are sure that this nightmare can not last for long. The change is inevitable, and we will be at the forefront of those who will lead to the change”.

The first president of Armenia, Levon Ter-Petrosyan, the leader of the “Congress-NPA” alliance:

“The blood of every dead on the border will be marked in the conscience of the political forces represented in the Parliament from now on. We are grateful to them if they can prevent a catastrophe with the preservation of Karabakh and without surrendering a span of land

“The Parliamentary elections on April 2 in Armenia showed a large-scale use of the administrative resources, oligarchic groups and the courtyard authorities. The party declares that it will not contest the election results, will not participate in any post-election mass events and rallies”.

Elections were also actively discussed in social networks. Here are the most popular topics of discussions

Trend number one: the people received the Parliament that they deserve

“How could you choose those who have repeatedly argued: people for them – are no one and nothing. They solve their problems. Oh, how painful it will be for you to be disappointed – and it will be very soon.”

“The revolution is postponed, all elections are the same, and there are no elections”.

Trend number two: voters did not decide anything

“I think that soon the conversation will begin that the citizens who sold their votes are worthy of this kind of a power. This idle talk – they just want to blame people, although the authors of falsifications are exclusively the authorities and the “political” lice affiliated with them”.

Trend number three: there was no one to choose from

“The irony, outrage: the people elected the RPA. Well, yes, someone asked the courtyard guys. Someone does not like change, even afraid of it. Someone the RPA gave a job and he does not want to lose it. Someone took the money and was so honest that he gave his vote to the one who took the money. In fact, much is clear. I would not understand the people if they chose the Armenian Revival or ORO. That would be incomprehensible”.