Photos and stories about urban decay in Georgia 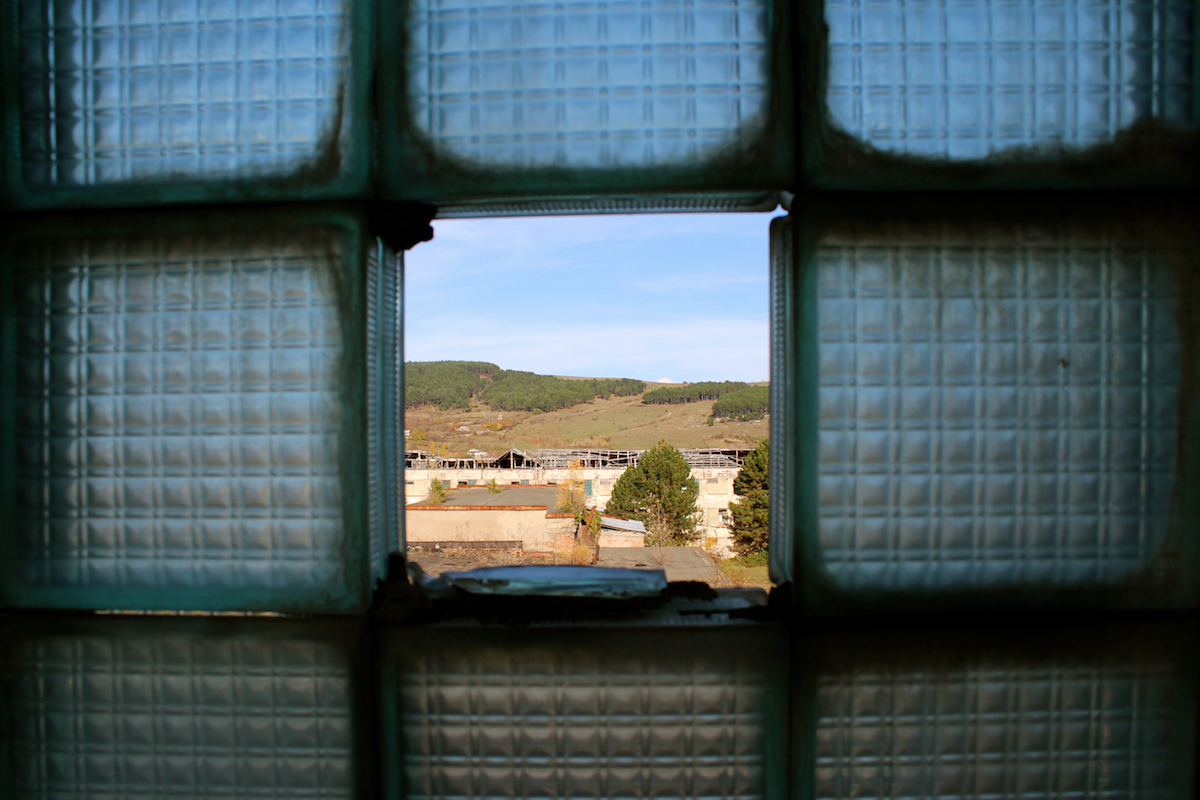 As we leave Tbilisi and enter the highway, Alex and Tite keep looking around enthusiastically, searching for decaying concrete objects.

“Behind this statue of St Nino there is an old reservoir which you can enter. It looks like an alien flying saucer, it is amazing,” Alex says as we drive along Marshal Gelovani Avenue.

They are very excited to share everything they know about the history of these mostly abandoned and decaying places. They refer to themselves as ‘urban stalkers’, people passionate about exploring forgotten urban and underground places, of which Georgia has dozens.

Today they invited me to join them on the exploration of an abandoned glass factory in the town of Khashuri. 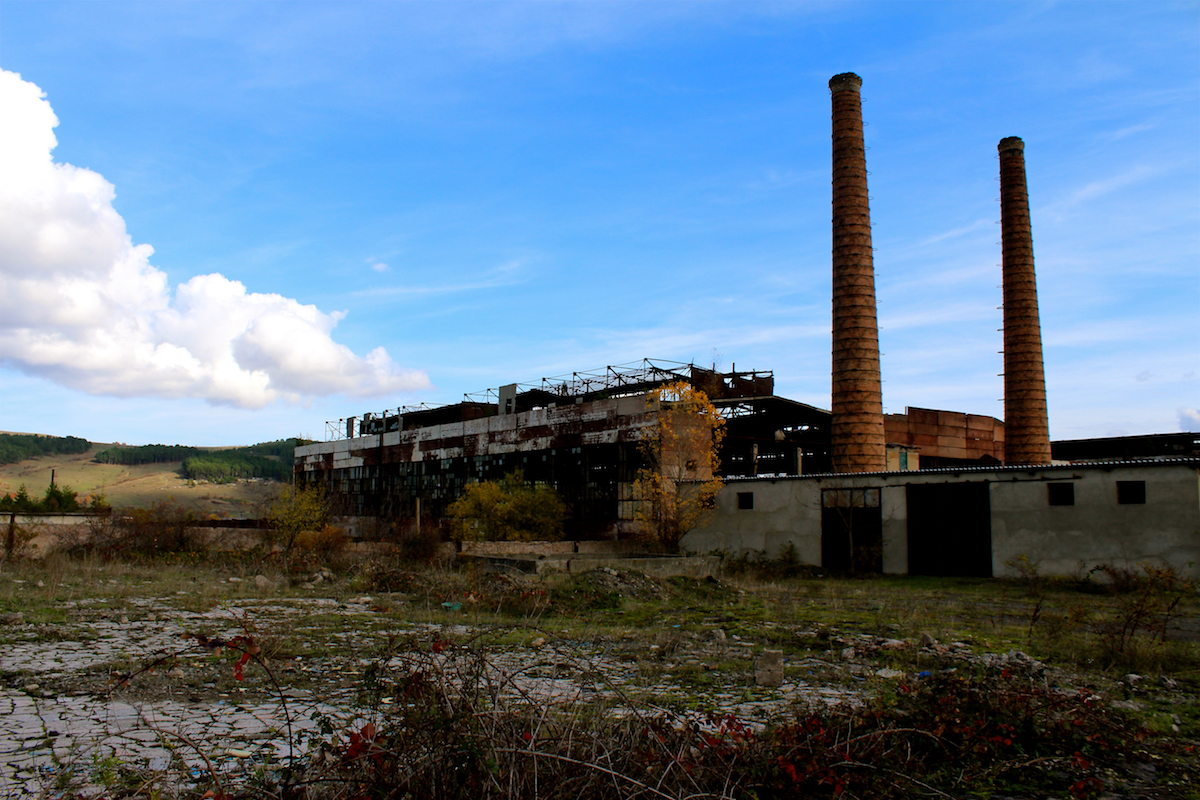 There are several groups of urban explorers:

Diggers – People who focus on bunkers or bomb shelters under cities.

Roofers – Those who prefer to climb the roofs of abandoned buildings or tall chimneys.

Stalkers – Some research and document other places like factories and houses – anything basically.

“But we are ultimately grouped together, connected by our hobby,” Alex says. 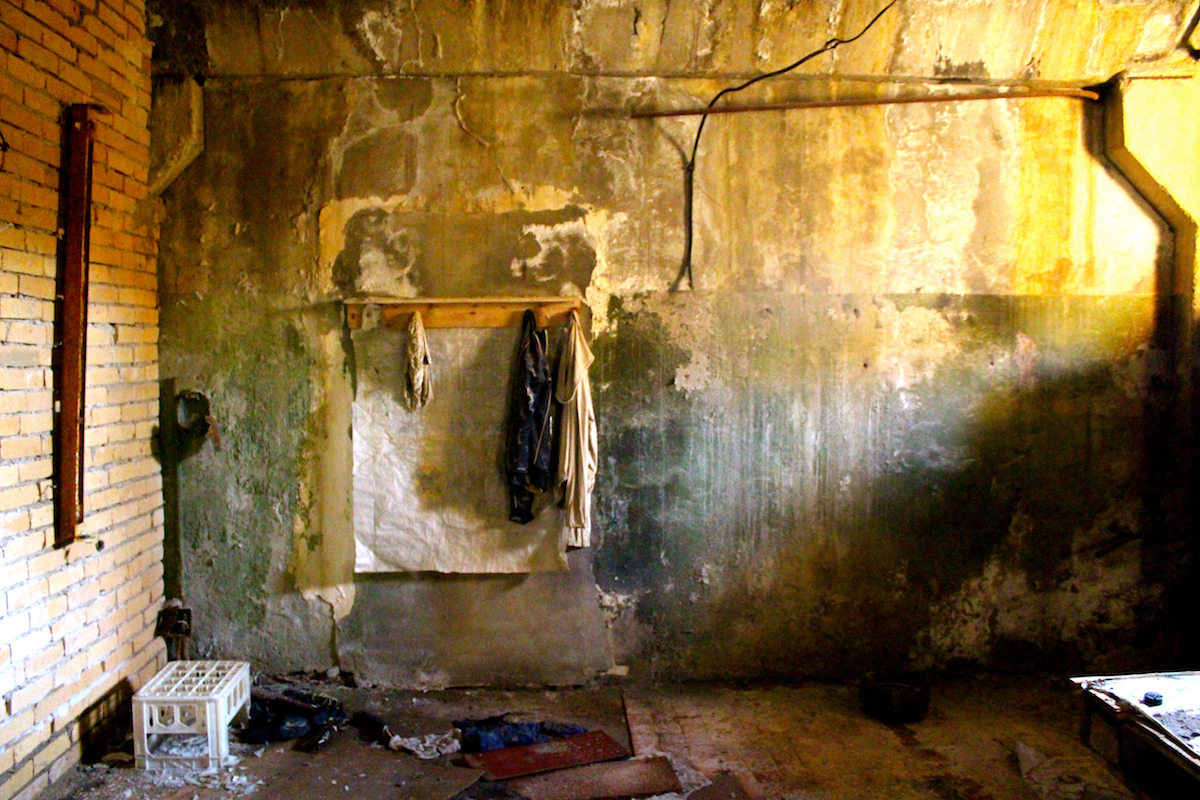 Alex himself started about two years ago and today manages the Geo Stalk Facebook page where explorers from Georgia add photos and videos of the treasures they find all around the country. Groups started forming on this page in 2006 and gained a new wave of popularity about three years ago.

“It was most probably inspired by the diggers from Russia and Ukraine who started in the 1980s and 1990s already and have thousands of members. In Georgia we are only about 50 people so far,” he describes.

When I ask about his motivation, he first mentions adrenalin. Then he continues:

“But I also like learning about the history of such historical places. It is very exciting to see places which only a few people have seen and taken cool pictures of.” 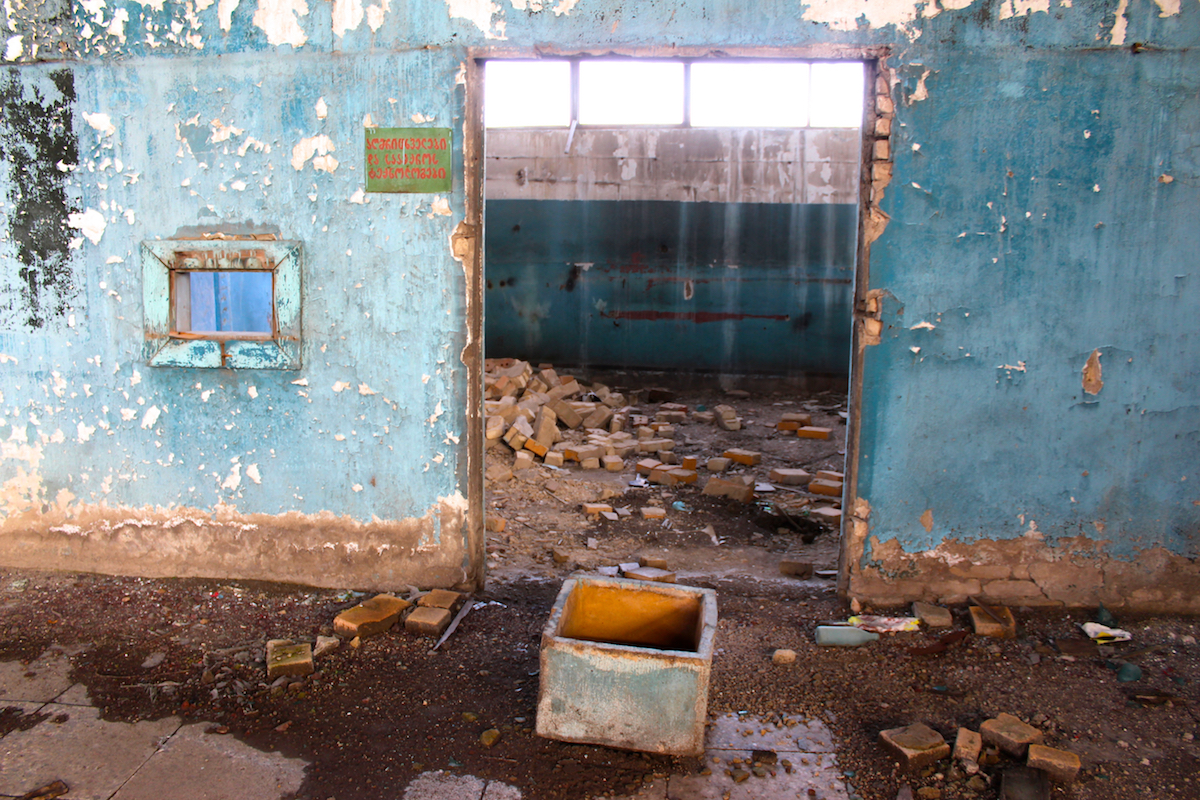 Adrenalin is definitely what I feel as we enter the area around the glass factory. We have no difficulty in getting there as the gatehouse is empty and open. Afterwards we spend the entire afternoon climbing crumbling staircases, walking on floors which are full of holes and halls where green vegetation blends in with rusty machines. 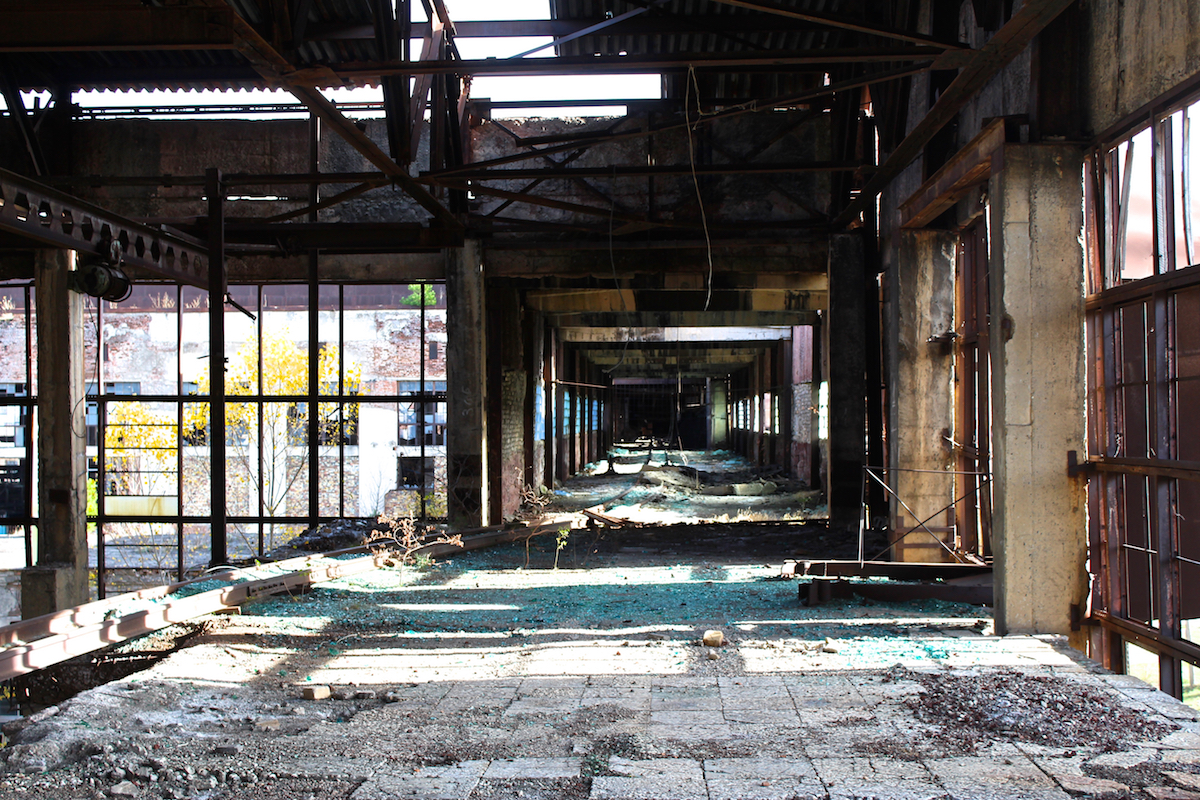 My guides started exploring by climbing a creaky ladder to the cooling tower of the factory. I followed them and soon realized that I would not be a good Roofer. My knees shook as I looked down. 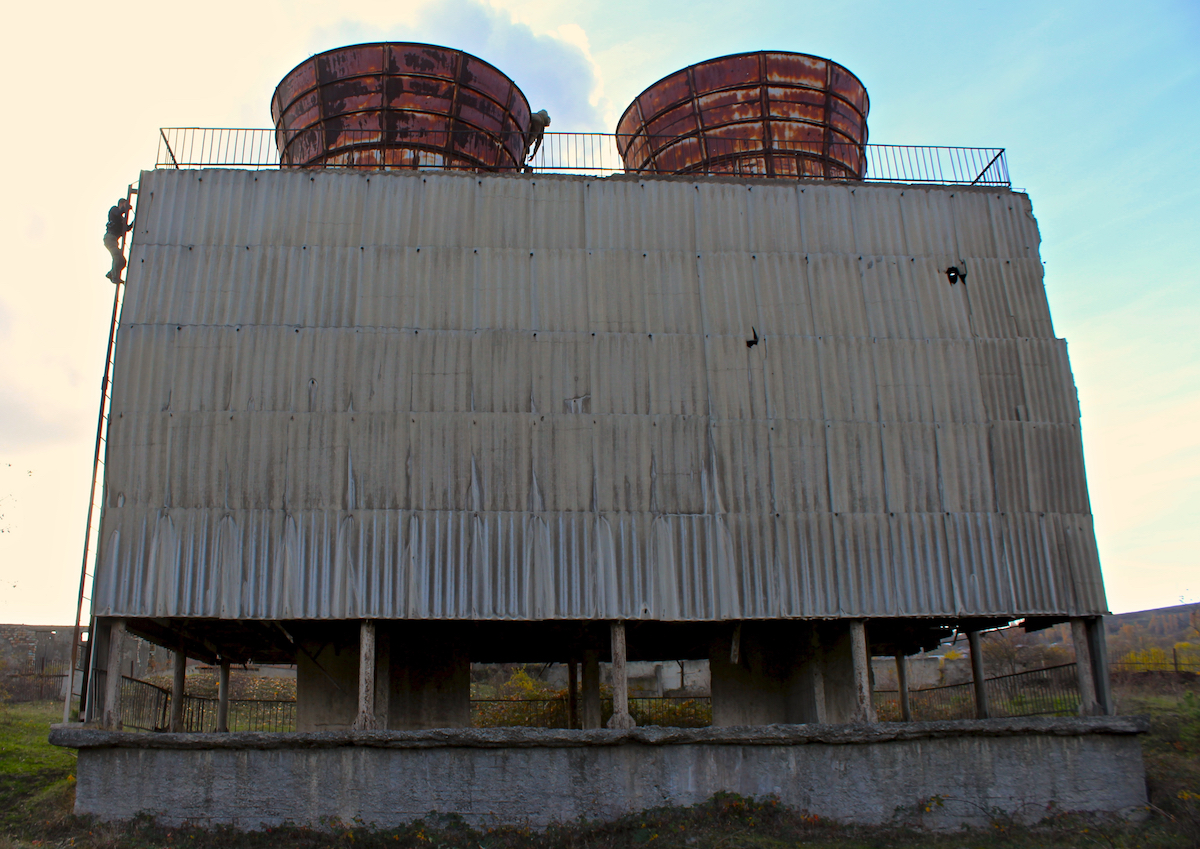 Afterwards we started exploring the four halls of the factory. It is a bit hard to imagine what it was like while seeing the corroded machines and brick ruins where hundreds of workers once spent their days.

In some way the place feels beautifully surreal, as if from a post-apocalyptic movie. 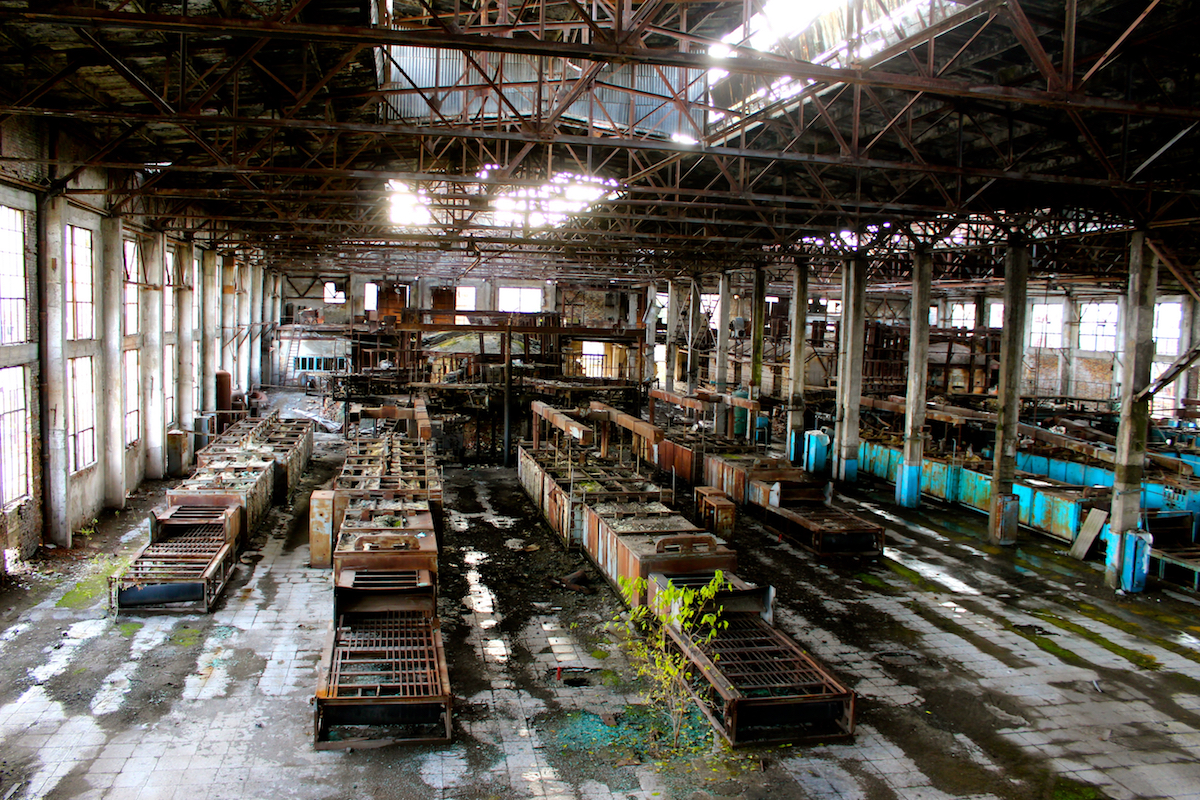 ‘The factory started to operate in the 1960s and closed down in the late 1990s. After its gates were closed to the workers, many people probably came her and took the metal and bricks, selling them or using them for their own houses,’ my guide explains on the poor state of the now defunct factory.

But the biggest treasures are found inside the decaying administrative building. We find the changing rooms and the offices of the workers which look like they were abandoned in a hurry, with clothes still hanging in the lockers and reproductions of paintings and soviet slogans on the walls. Everything covered with omnipresent dust. 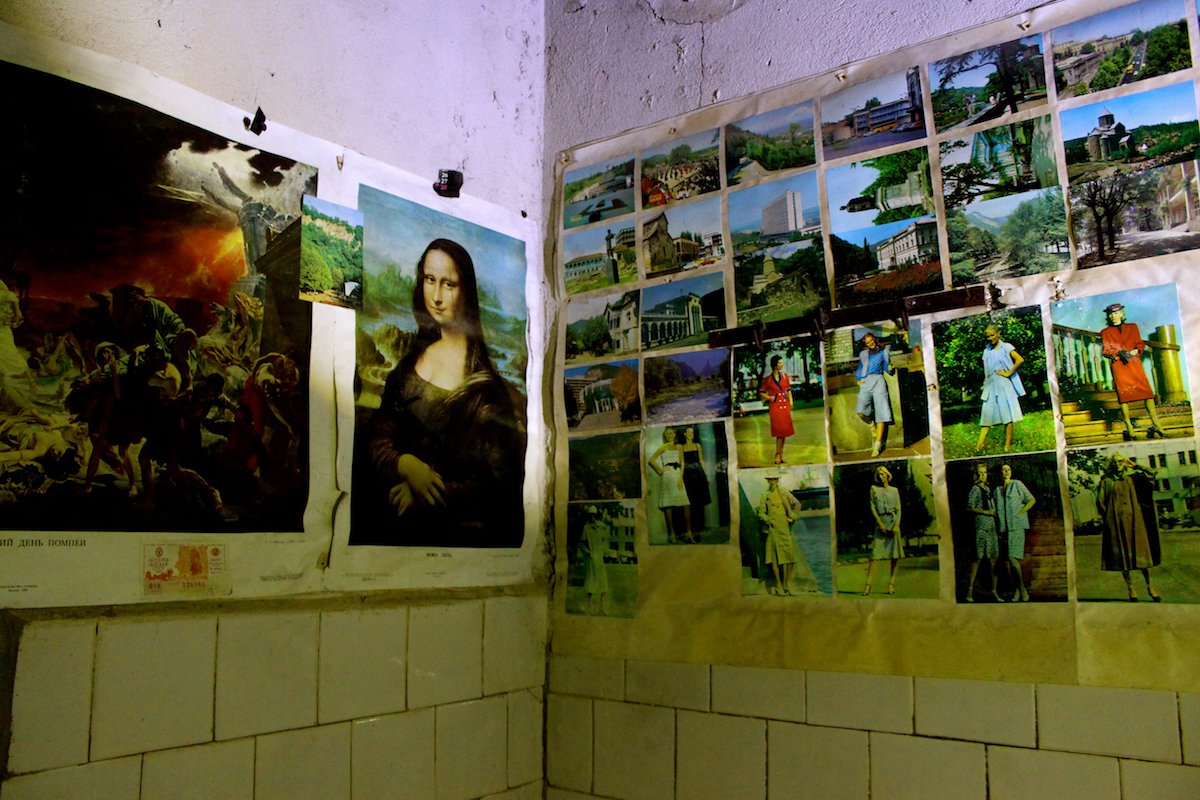 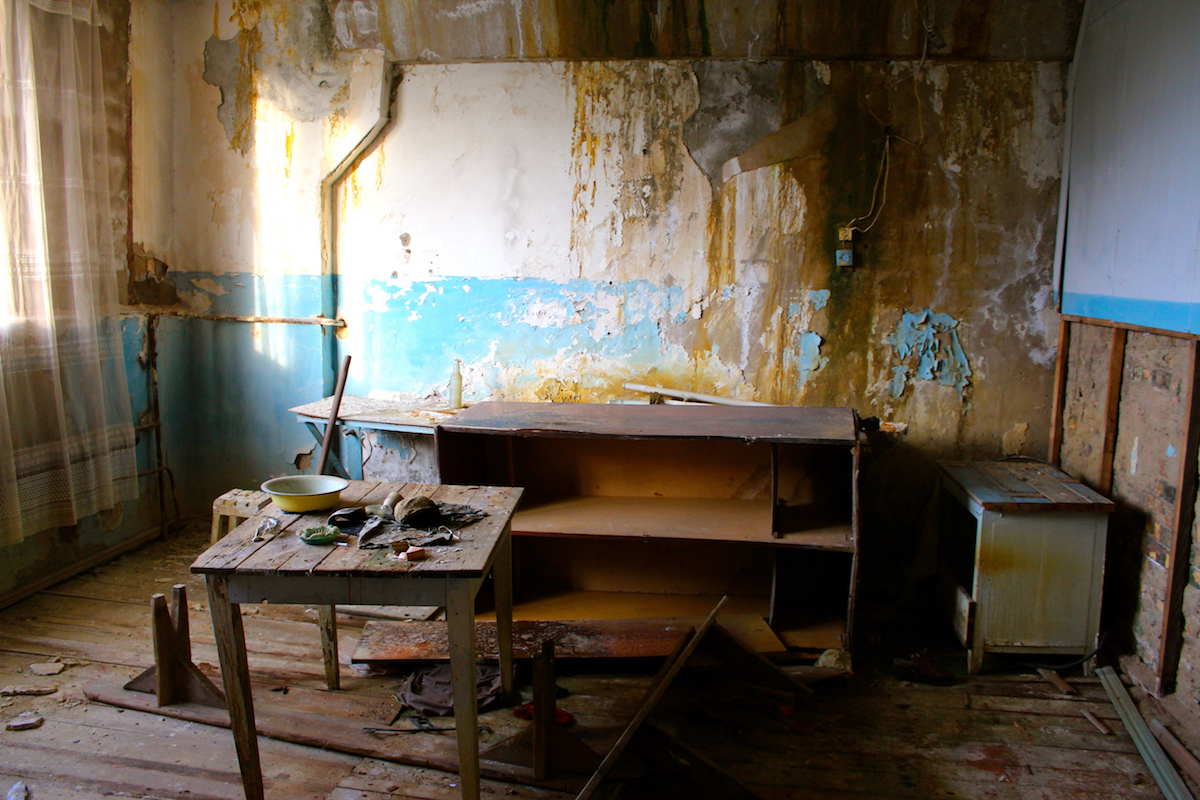 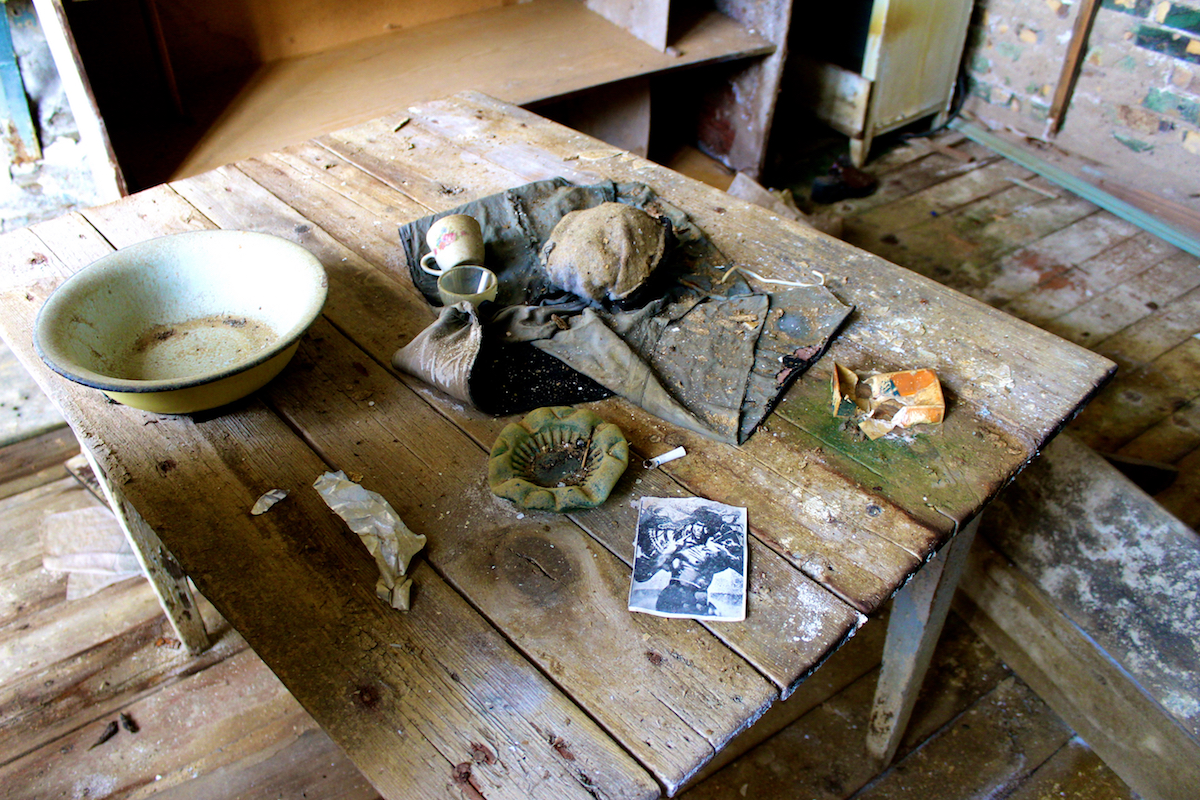 At one point I heard my guides laughing and cheering in one of the rooms which also happens to be full of old gas masks. They were reading an apology letter written by one of the employees in 1997 in which he confesses to coming in drunk for his shift for the second time already.

The Stalkers only take photos and make sure that they do not damage anything or leave any trash. 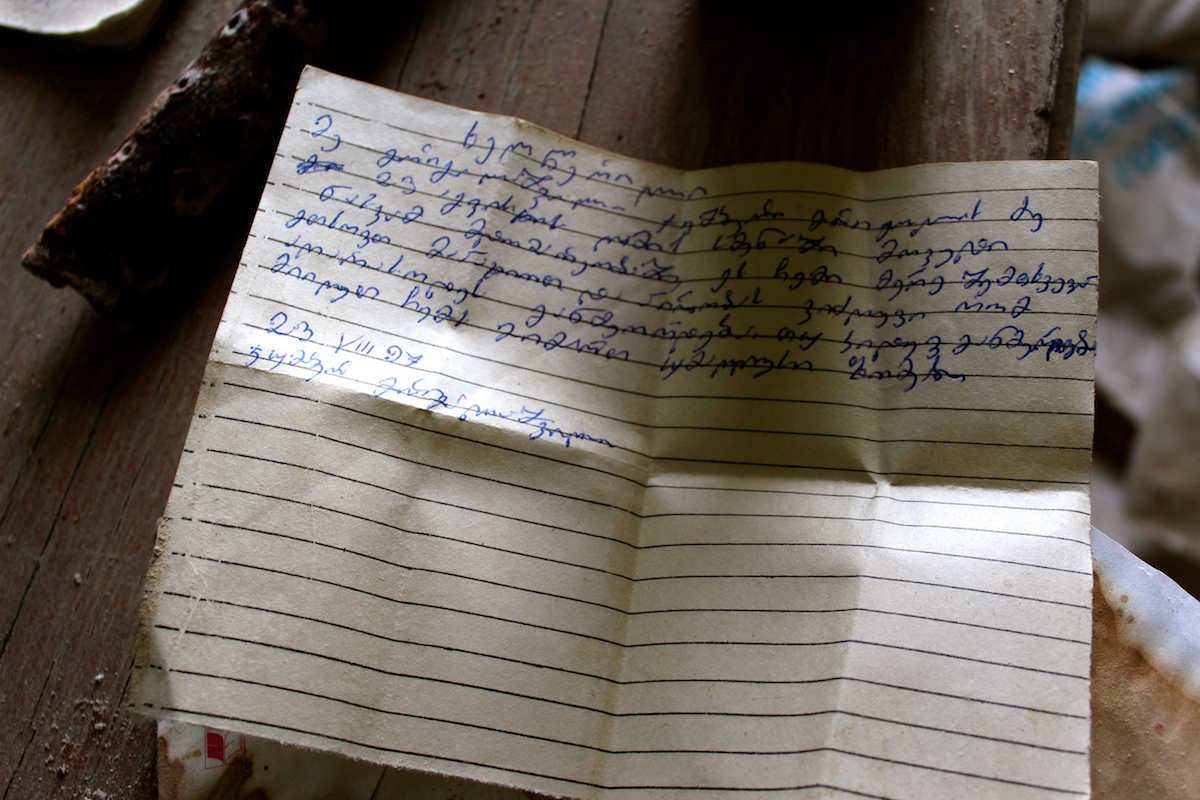 We didn’t meet anybody else the whole time we were there – except for the cows grazing in the pastures between the buildings of the Khashuri complex. Alex said urban explorers usually do not have any problems with the police.

“However, entering some places which might be of strategic importance might get you in trouble, so you should always know where you are going.” 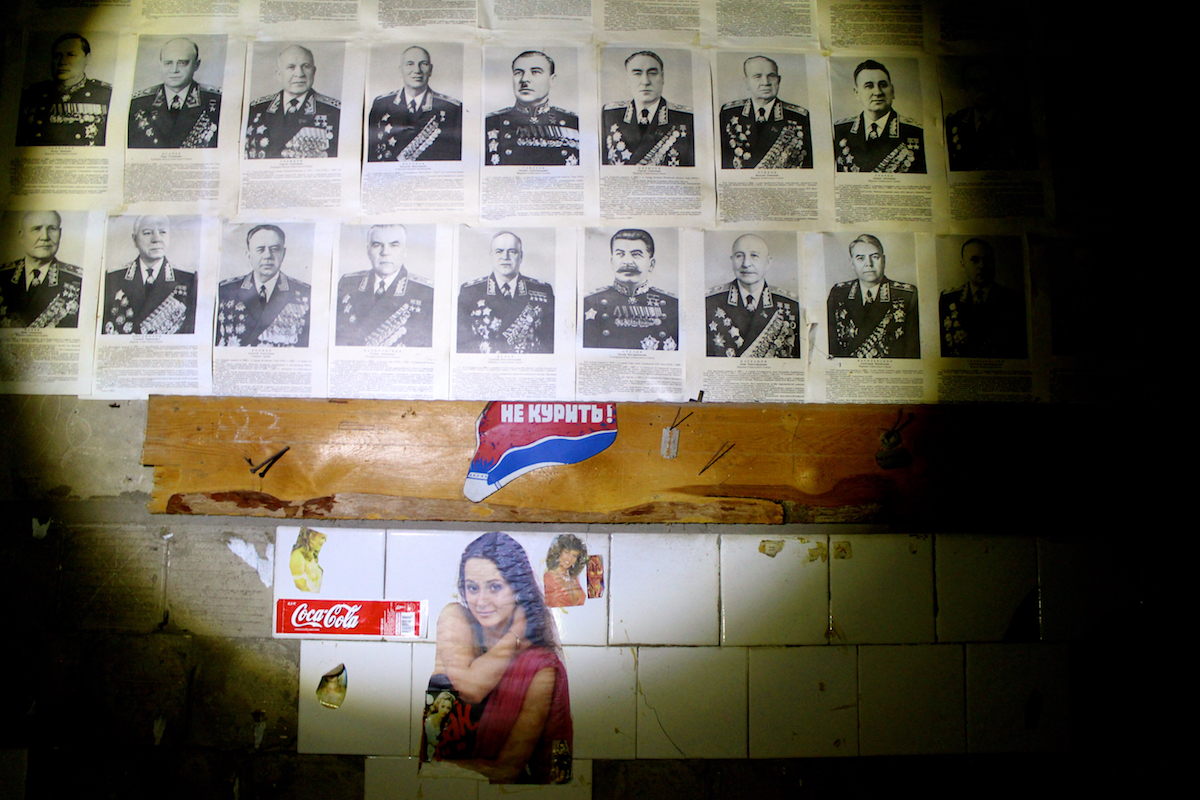 I have a completely different experience on my second expedition, where we explore a bomb shelter under the centre of Tbilisi. The corridors and small rooms create an underground labyrinth where one could easily get lost without a guide who knows them well. 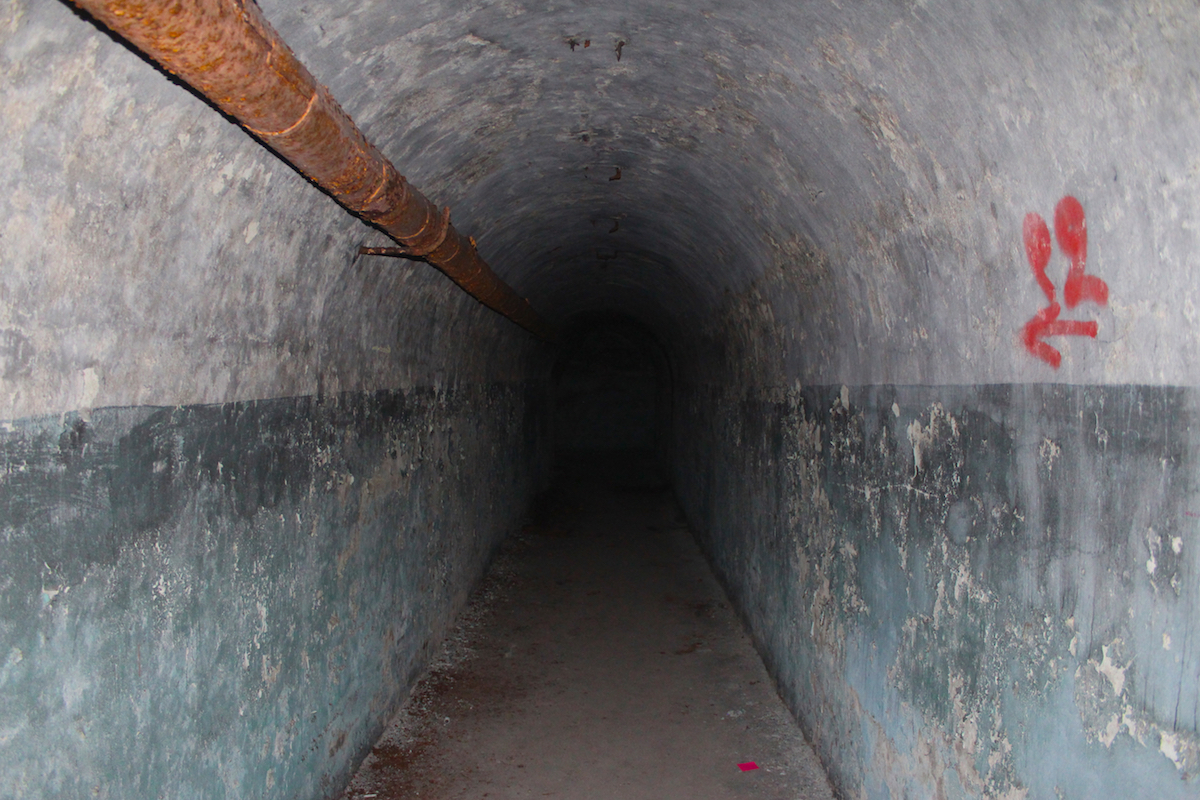 The first part of the bunker was built before WWII, the second – one year after.

“This shelter was plundered long ago, but there are much bigger and well preserved bunkers in Tbilisi. Each shelter has two exits and at least one ventilation shaft. Sometimes I just see these places and try to see if it is possible to enter it,” Alex says.

Every digger or urban stalker has his/her own map of the object which they only share with their close friends. Even though they share pictures and videos of their expeditions, they never share the exact locations of the places. They explain that they try to protect them from the crowds who might damage them.

Alex is proudest about his expedition to Chernobyl which he visited this summer. He also shared photos and videos on the Geo Stalk Facebook page and even organized a public presentation which was attended by about 20 other enthusiasts.

He dreams about having a company offering tours to forgotten places to foreign tourists. He believes that in two or three years, there will be people coming to Georgia for its many decaying urban monuments of the Soviet era. 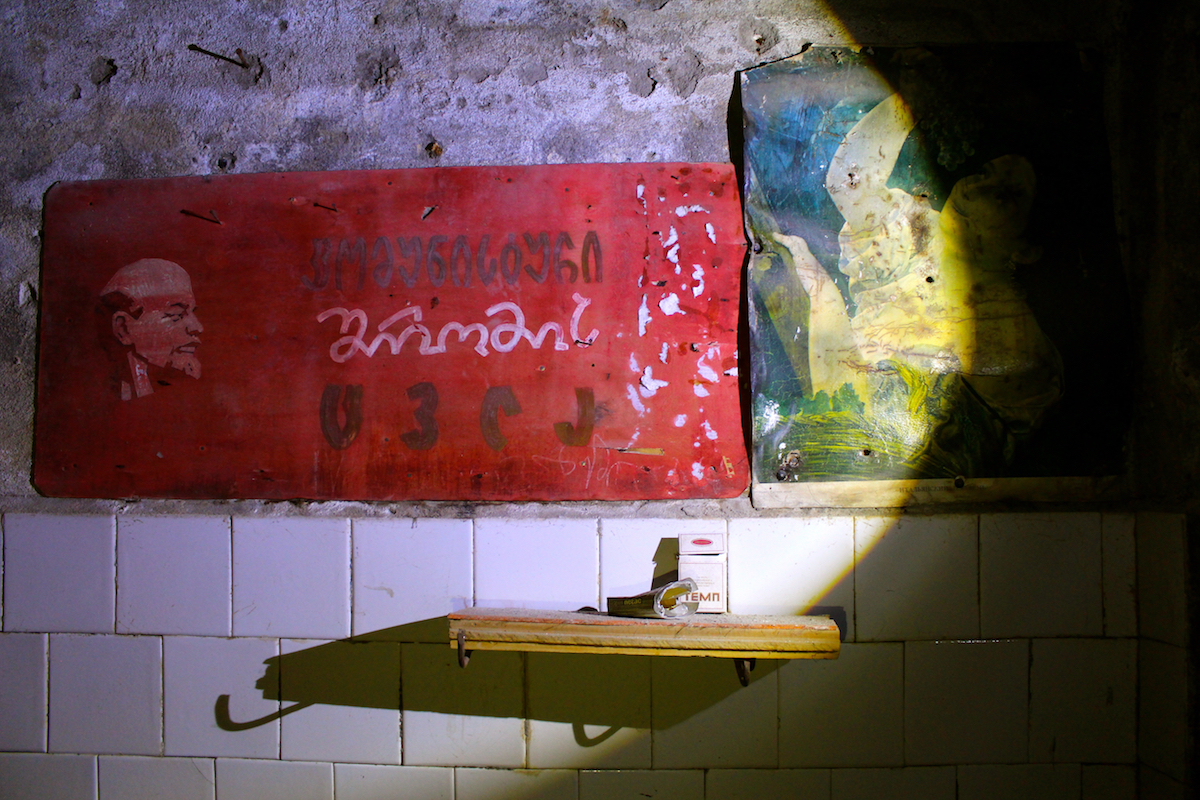 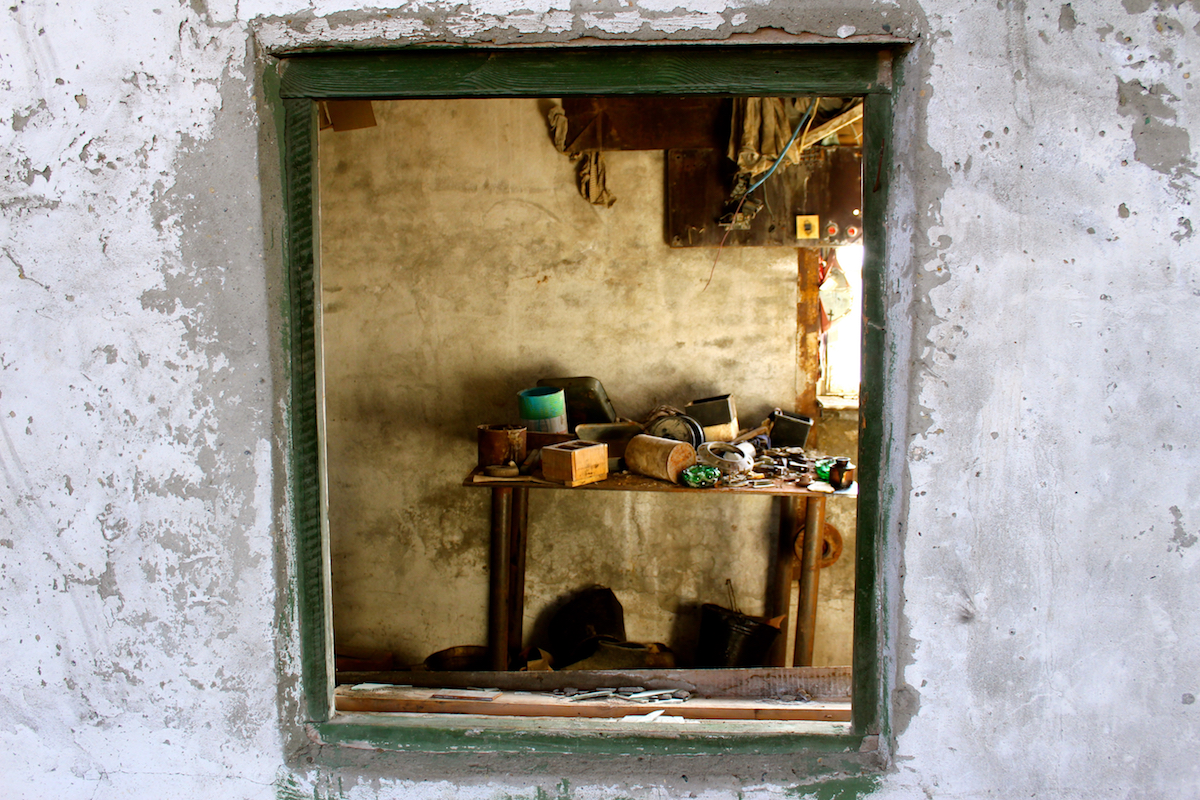 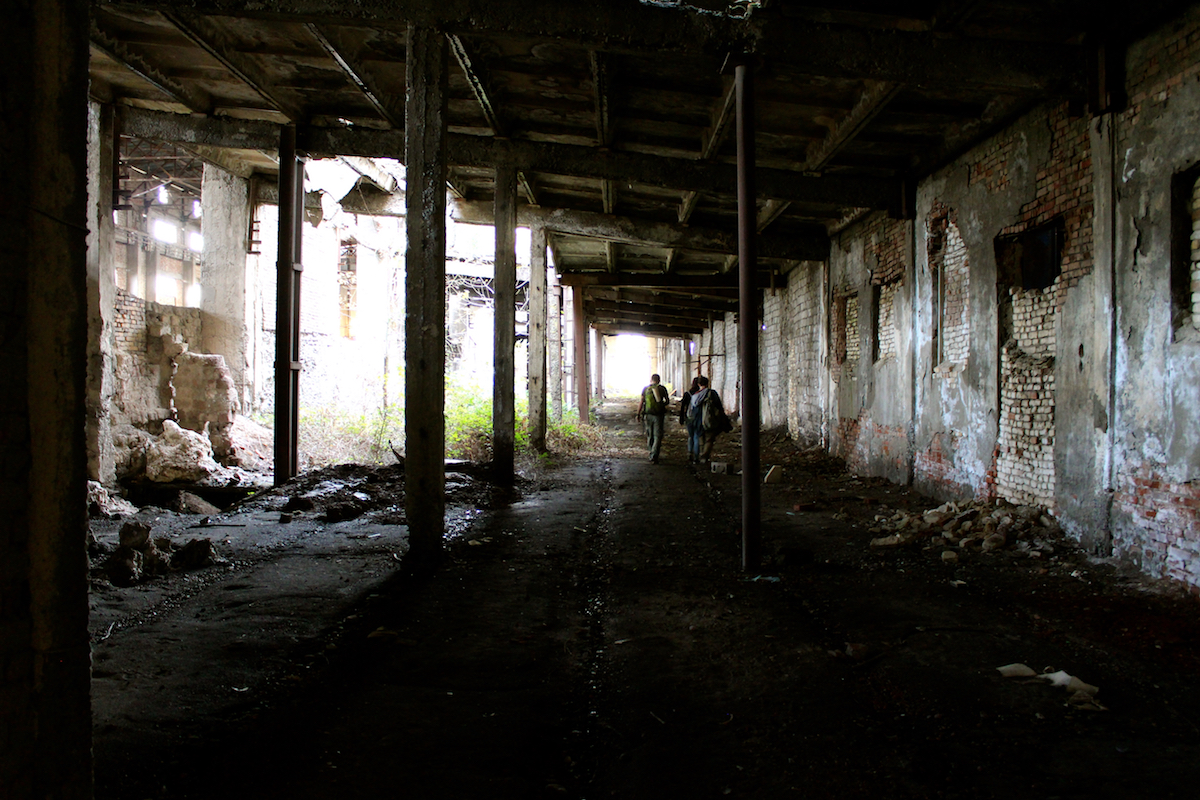