Op-ed: why the idea of returning the death penalty in Russia is a sign of distrust in the gov’t

In the Russian city of Saratov, a 9-year-old girl recently disappeared – but was soon found dead.

Three thousand volunteers helped in the search for the girl. Soon a killer was detained – one who had committed crimes before.

•The death penalty as Soviet tradition

And then two extraordinary events happened at once:

•Thousands of people attacked the police and demanded they give them the killer so that they could lynch him.

•The Russian State Duma decided to discuss the issue of returning the death penalty – and this idea was massively supported on social media.

MBH-media journalist Anton Orekh on how these two reactions are related and why, in his opinion, the death penalty is a sign of complete distrust of the authorities.

Why in a quiet, seemingly provincial city did a local gathering suddenly begin with the demand to surrender the murderer to the massacre of the crowd.  Why did people so want to arrange a public lynching?

The likely answer is because they do not believe in ordinary courts.

A rumor spread that the killer was dressed in police uniform to save himself – and the crowd willingly believed this.

Another likely answer is because people think it’s impossible to get justice from the state.

The killer, Mikhail Tuvatin, has already served sentences for rape and robbery – 6.5 yers. Pay attention to this term: just six and a half years for a cumulative serious crime.

And just the other day in the city of Rostov exactly the same terms were given to two activists for pickets.

Two young people (19 and 22 years old) were sentenced to six years in prison on charges of extremism.

Their crime was that they went to the building of the city hall with the poster “Return the land to the victims of the fire!”

In this way, they demanded justice for people who had land taken from them with the help of deliberate arson in order to build the 2018 World Cup stadium in Rostov.

That is, the state equated standing with posters at a picket line with rape and murder. 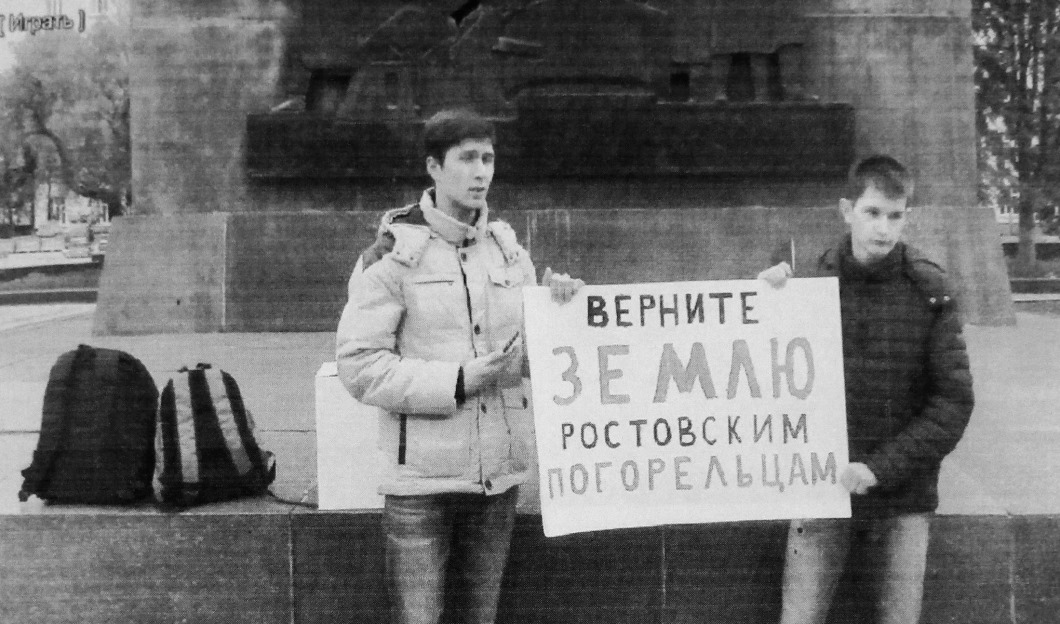 Distrust in the police, the court system and confidence that it is impossible for the state to achieve justice – all this pushes people to primitive forms of justice.

MPs responded instantly – they started talking about the return of the death penalty.  A convenient opportunity for them to show solidarity with the people.

An appeal to public opinion is the highest form of populism in this case, because usually people in such emotional situations react emotionally, and they do not understand the essence of the problem, and do not study statistics and psychology.

Therefore, neither the MPs, nor those who supported this idea on social networks and in the media, ask the question – how to fix a judicial error if a person has already been executed?

Who can guarantee in Russia that there will be no mistake?  Who knows or kept statistics of judicial errors?

But there is, for example, such statistics in the USA, where the justice system is much better developed.  In several states, the death penalty is operating there – and official statistics say that one of 25 prisoners is later found not guilty.

Here, China is already an example, where many are executed, and the list of articles of execution is extensive. And this has not affected the huge statistics of the crimes committed there – in comparison with Europe, where the death penalty was abolished.

And even in China in recent years they have gone on to humanize the legislation, and death sentences there are increasingly being replaced by life sentences or even just a long sentence.