On 13 April the Armenian opposition started round-the-clock protests and organizing demonstrations and marches in Yerevan against ex-president Serzh Sargsyan’s staying in power as the next prime minister.

The protests were preceded by the ‘My Step’ campaign, initiated two weeks ago by the opposition MP and leader of the Civil Contract party, Nikol Pashinyan. As part of the campaign, Pashinyan and his supporters walked some 200 kilometers from Gyumri to Yerevan, calling on people to join in the struggle against Sargsyan’s return to power.

Meanwhile, the ‘Reject Serzh’ group and the political front ‘For the Name of Armenia’ organized demonstrations, car rallies and other civil disobedience campaigns.

On 14 April protesters broke into the Public Radio building, demanding that they be allowed to do a live broadcast.

The aim of all this is to gather a large enough number of people in order to bar MPs from being able to vote at the National Assembly building, where the prime minister’s election will be held on 17 April. The Armenian Constitution provides for holding a new parliamentary election should the prime minister’s election fails twice. The opposition is convinced that this is the only way it may be possible to create a situation for holding a snap parliamentary election. Should this happen, the parliamentary majority will be replaced and Serzh Sargsyan will will not be voted into power.

Previous articles by JAMnews on the subject:

Unlike previous protests, the police are not reacting to the opposition’s actions. Rallies and marches are held without being directly controlled and accompanied by them. However, police officials issue statements from time to time, saying that the rally organizers sometimes fail to ensure that gatherings are peaceful and that the perpetrators may face criminal liability, as prescribed by the law. 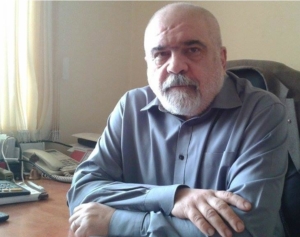 Alexander Iskandaryan, a political analyst and the director of the Caucasus Institute, commented on the possible influence that the opposition’s protest may have on the ruling Republican Party of Armenia (RPA) and on the prime minister’s election.

Managing the apathy for power and degrading the opposition

At present, there is only one element of the bipartisan electoral structure left, the nation-wide parliamentary election, which will determine the fate of the political system. This election has passed. The RPA is in the majority and in coalition with the ‘Dashnaktsutyun’ party, which means that the RPA will decide everything onwards.

It is noteworthy that this election didn’t merely pass, but it was the only election in the history of independent Armenia that wasn’t followed by any protests. The results were accepted by all political forces, including the losers.

The reason the Republicans managed to occupy such a place in the political system is that there was no real force to oppose them. For so many years, the RPA has learned to sort of carry out the management of apathy, which has become its major tool for achieving success. This process is related to the behavior of the RPA itself, as well as to that of the opposition.

There were two processes. The first one implied that the Republicans occupied nearly all the platforms – in the presidential, parliamentary and local government elections, both in the capital and throughout the provinces. The second one was the degradation of the opposition and its disintegration. This process had been underway for over a decade.

Serzh Sargsyan and Levon Ter-Petrosyan were the two men who seriously aspired to the presidency in the 2008 presidential race.

Ter-Petrosyan competed with Sargsyan for hitting the entire political jackpot. He didn’t intend to fit into the system, to become either a deputy minister or minister. It wasn’t just a struggle for a place in the system, but rather ‘to have it all’.

Thousands of people sided with Ter-Petrosyan. They were ready not only to cast their ballots for him, but to vote with their feet – to hit the streets, as it turned out later, to endure police pressure, and, in some instances, even be killed. This was the most serious legitimacy of Ter-Petrosyan. There was people’s faith – they believed that if they pressed a little bit, things would work out. However, it all ended in tragedy [people were killed during the dispersal of the protest rally on 1 March 2008 – JAMnews].

But what happened next? Two months later, in May 2013, Hovhannisyan’s party got just 8% of votes in the Yerevan local government election, which was five times less than in the presidential one.

There wasn’t a single political force claiming 50 + 1 votes in the 2017 parliamentary election. What they counted on was just getting seats in parliament. They didn’t represent an ‘opposo’ (Latin: ‘stand against’) to the RPA, they were ‘opposo’ to each other.

The Republicans have thus learned how to take by apathy, while the opposition figures have forgotten how to spark people’s enthusiasm.

There is an additional problem: for 25 years, the same people have repeatedly said the same things on TV: “Tomorrow, we will come to power and change things for the better; happiness will come.”

Naturally, people stopped believing it. And if there’s no one who believes, if there is no hope, then a common man would think that it’s better to either take AMD 10 000 [the amount offered to voters ahead of election – JAMnews] or to vote, as advised by a leader or a cousin.

For the political forces the next stage will be the future parliamentary election, rather than the prime minister’s election in parliament, the outcome of which is quite obvious.

However, I can’t see anyone seriously preparing for it, developing some consistent programs or seriously discussing the prospects for building relevant structures, mechanisms and institutions.

The programmes presented by the political forces aren’t actually programmes. They are all alike: “Those guys are bad, but these ones are good. We will replace the bad ones with the good ones, and everything will be fine.” No, it won’t. 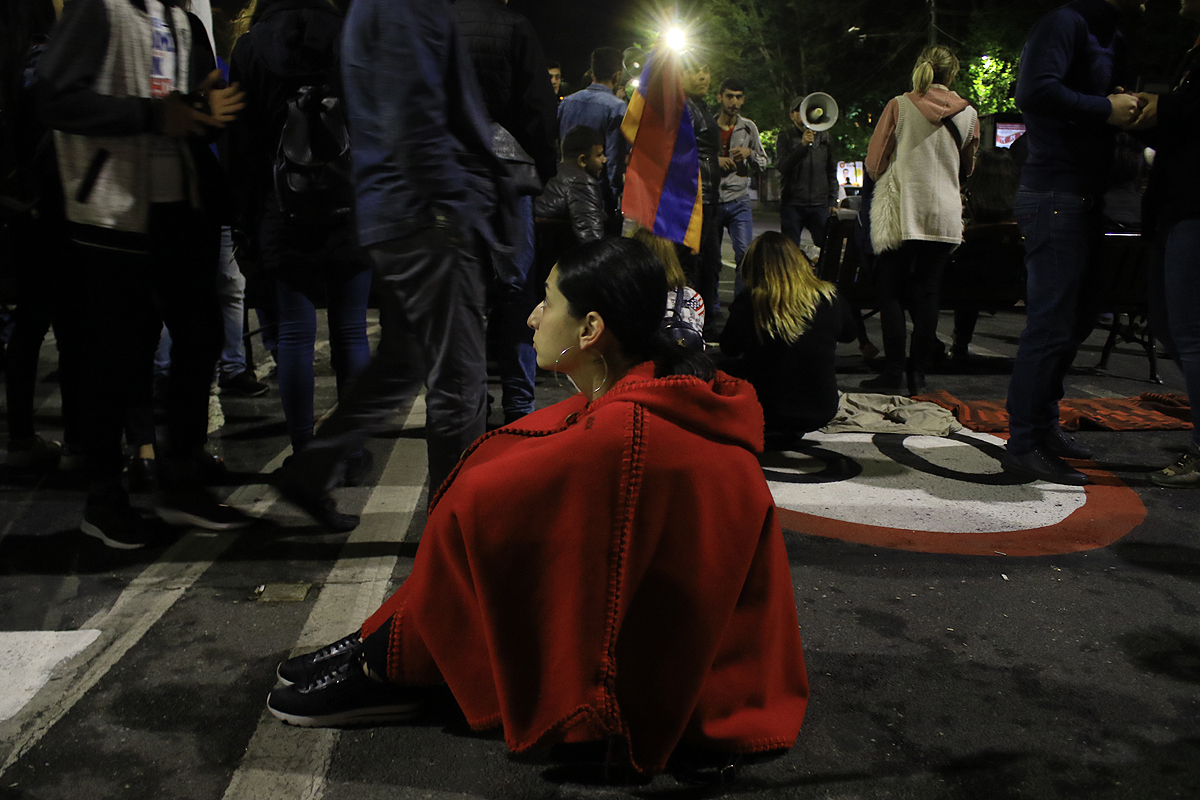 The situation with the party programmes has always been far from perfect. The only serious programme was ‘Karabakh’, which was introduced between 1988-1990. It was a struggle for Karabakh, a great deal of social energy was allotted for its implementation, and it was possible to win this struggle. Moreover, it was possible not only to win the war, but also to mobilize society, to resolve the Karabakh problem in the best interests of the society – both in Karabakh and in Armenia.

It was followed by the liberalization programme, the transition to private property, to a market economy.

The Dashnaktsutyun party was in opposition at that time. The party was even banned to some extent because of its radical nature.

Later on, the programmes offered by the political forces focused on people – ‘who’s good and who’s bad’. It was a sign as to how immature the political system was. Young political systems tend to personify political problems, which is quite natural. At first it worked, but people gradually stopped believing them, especially those who used to be in power.

The Republicans seized their moment, and they recruited new people into their ranks for the sake of having ‘a new face’, because the voters in most cases perceive a new face as good, and an old one as bad.

Let’s get back to the opposition

The opposition can’t interfere with the RPA’s political decision as there are no grounds for that. The opposition failed to do it during the parliamentary elections, where it managed to get just 7% of votes. They recognized the election results after the ballot and there weren’t any serious protests against it. Today, there is simply no reason for doing that – the head of state will be elected by parliament, and the opposition doesn’t stand a chance.

Moreover, it can’t be said that the number of opposition supporters has dramatically increased, that there has been an explosive growth of some political force capable of bringing hundreds of thousands of people into the streets for carrying out what they’ve failed to do before. I can’t see any such power on the horizon.

No matter how many supporters will hit the streets, which door or road intersection they block, the opposition will not be able to seriously influence the situation.

In fact, the prime minister will now be appointed rather than elected, because election by parliament, where the majority is represented by a single party, is actually an appointment. It’s clear to everyone. And there is no way to prevent it.

All these protests are just a bubble that is being competently blown for remaining on the political stage, rather than for coming into power.

Managing the apathy for power and degrading the opposition

There isn’t anything new about the opposition’s technique in Armenia. Politics are turned into a show. There has been nothing but a show going on recently, and this show is gradually occupying more place in Armenia’s political life. 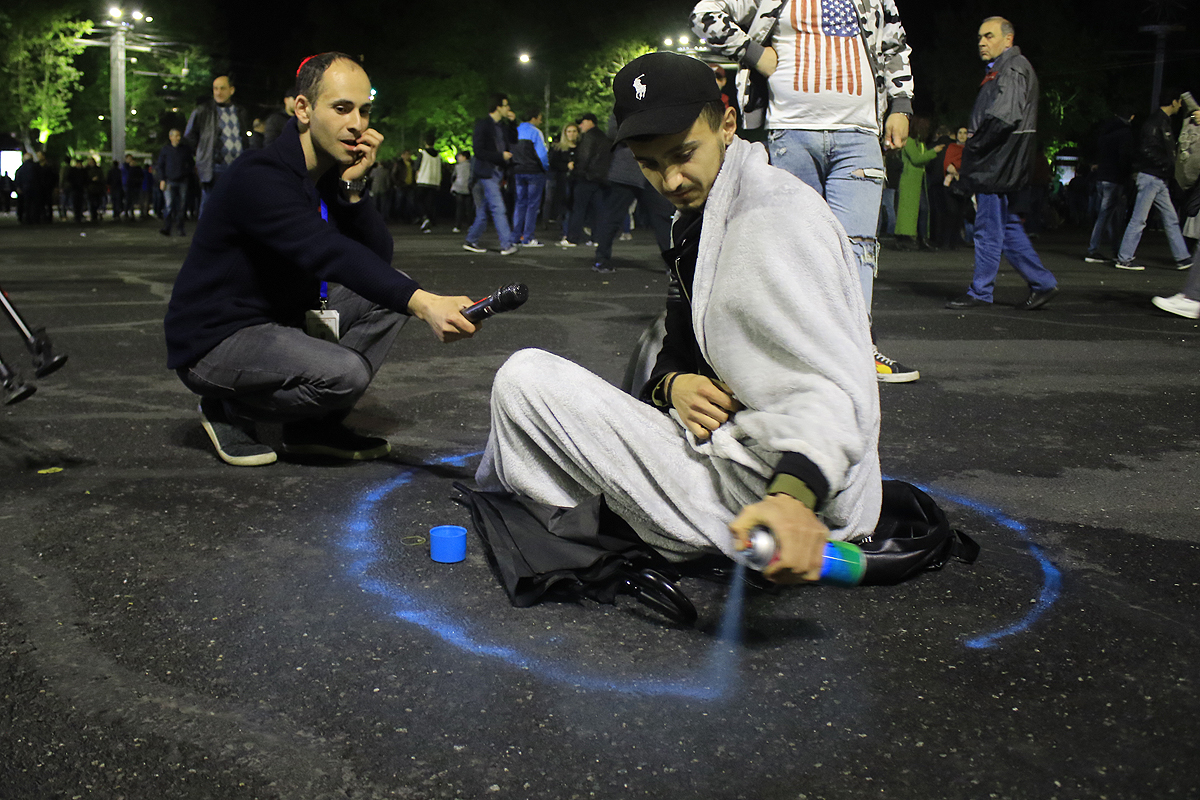 A strong, confident political party that has significant weight doesn’t need to stage a show. It has other means to reach out to the electorate, means which the opposition doesn’t have. These are financial, human and expert resources.

The Republican Party of Armenia will not organize walking campaigns, nor raise the issue of renaming streets or take dirty water-cans somewhere. It doesn’t need to do that.

The RPA has a state apparatus and businessmen with money. If you don’t possess such resources, but you need to stay on the political field, then you make a scene.

For that very reason we are renaming streets that never get renamed; we are withdrawing from an organization that we never manage to leave [referring to the Eurasian Economic Union (EEU), on which the opposition has been insisting – JAMnews].

To get a journalist’s attention, you must have real power. A political force that is lacking this power has to act so as to attract attention to itself. This is a common strategy which used in each and every country. This strategy might get you 5%, but not even close to the majority.

Government’s reaction to the opposition’s actions

There won’t be any harsh reaction on part of the government, as there isn’t anything there that requires it. There isn’t any threat either. After the tragic developments of 1 March 2008, when there was a serious tangible threat, the government has been showing its unwillingness to go into such sharp confrontations. It certainly realizes the low degree of its legitimacy. Only an overly legitimate government can resort to harsh steps.