The special services operation conducted on 22 November has left Georgia to deal with a new reality.

Up until now, we’ve watched the war against terrorism in Paris, London and Washington from far away as observers, but now it is unfolding in front of our eyes on the streets of our own neighborhoods.

The public still does not know exactly the nature of the operation as the State Security Service has provided only a few details.

Although the Georgian population could only see a limited part of the operation, several important conclusions can be drawn from these actions.

Were we able to avoid fear and panic?

We can conclusively say that we were unable to deal with panic and fear. This happened because of the failure of strategic communication by those in charge.

High-placed officials decided not to give conclusive information about the operation, and the very brief communication released by the State Security Service to the press did not have the effect of settling rumors and speculation, but rather fueled them.

Strategic communication does not entail simply speaking to the press and speaking openly on the details. It should first of all be a comprehensive and complete narration of the events as they unfold. For example, this could include standard phrases such as: ‘Everything is under control’, ‘Everything is moving along according to our plan’ and so on. Such phrases were not heard yesterday. For that reason, the vacuum that has formed has been used and taken up by the media and others.

How did the media react?

The broadcast of a counter-terrorism operation is not a simple affair, especially when one doesn’t have experience.

Today, the problem of broadcasting information about terrorism or terrorist operations is an important one for the media community. For that reason, special training sessions are held for journalists who help maintain calm and to retain professional skills during crises.

Naturally, the news must first come from the press and journalists should be trained in reporting on events of this nature. Moreover, society should have the right to receive an accurate description of what is happening.

Often times, during the broadcasting of information on terrorist activities, journalists are unable to deal with the task of remaining unbiased. The line between the main purpose of media – providing information to the population – and ethics is blurred or erased.

For this reason, the press can often play a negative role in such situations.

However, we naturally can’t dictate to journalists how to report on issues. It is also necessary, from the point of view of societal interest, to maintain neutrality.

Media representatives must explain that the information that they broadcast can deepen ethnic or religious strife, and place labels onto a certain part of society or on people themselves.

The absence of communication from the authorities and society revealed other important problems. Some television reports and interviews with local residents connected the events with Pankisi Gorge (the owner of the apartment wherein the terrorists were hiding was a resident of Pankisi Gorge and so on).

It is easy to imagine under what kind of pressure the residents of the Gorge must live, given that it has been turned into a symbol of the enemy.

Who may try to use the events of 22 November?

Recently, ultra-right nationalist and populists groups are talking about a weakening of security in Georgia due to an influx in foreigners. It cannot be ruled out that the events of 22 November will increase radicalism and will fill their ranks with supporters.

In addition to their populist demand to minimize the influx of foreigners into Georgia, another geo-political question might appear: “Do you want such (terrorist) attacks to occur more frequently?”

Another important figure that would be capable using the event for its own interests is Russia.

Russia already asserts that Georgia is a transit corridor for terrorism, and yesterday’s events will only serve to strengthen Russia’s argument.

The Kremlin has also realized that it is easy to sow the seeds of discord and panic in Georgia and that, in order to strike against the state system, it is simply a matter of instigating a small crisis.

Questions to which society has a legitimate right for answers

It may take several months to complete the investigation and draw final conclusions. However, there are questions which should be answered immediately in the meantime:

It is important that the Georgian authorities recognize the need for timely communication with society. Strategic communication is necessary during a crisis – not at the end. If officials do not use the information field for their messages and provide an objective picture, it will always be done by other elements, but in their own interests. 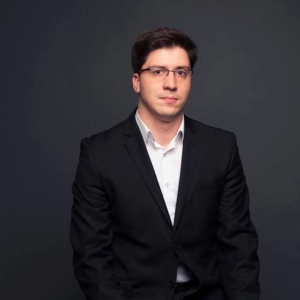 Coronavirus in the Caucasus. Curfew in Gagra region in Abkhazia after second case recorded. Live updates

Coronavirus in the Caucasus. Curfew in Gagra region in Abkhazia after second case recorded. Live updates