No peace without decriminalization

A protest rally was held against what has been termed by citizens as a ‘harsh’ drug policy outside the Georgian Parliament on 25 January.

The rally was organized following a ruling made by the Tbilisi City Court on 23 January which sentenced Giorgi Giorganashvili (aka ‘Bakhala’), an actor, to eight years in prison for the procurement and possession of a particularly large amount of narcotic substances. Another activist, Beka Tsikarashvili, was sentenced to a 14-day administrative imprisonment for hooliganism.

Representatives of civil society believe that Giorganashvili’s case raises many questions and that the verdict was based on unsubstantiated evidence (such as police officers who were the only witnesses in the case and that there are no video records of the arrest etc.). This gives ground for suspicions that the actor didn’t actually possess any drugs and that they were just planted on him by the police. Giorganashvili claims the same, saying the police planted drugs on him.

The court’s verdict has caused outrage among the public. Many believe that a prison sentence of eight years is far too much.

Protesters demanded the immediate release of Giorganashvili and Tsikarishvili as well as the punishment of the police officers involved in the case. They also called for the timely liberalization of a ‘repressive and inhumane’ drug policy, and appealed to the Georgian President requesting to pardon Giorganashvili. Activists came to the protest rally with banners that read: ‘No peace without decriminalization’, ‘Punish the policemen!’ and ‘Stop it!’ 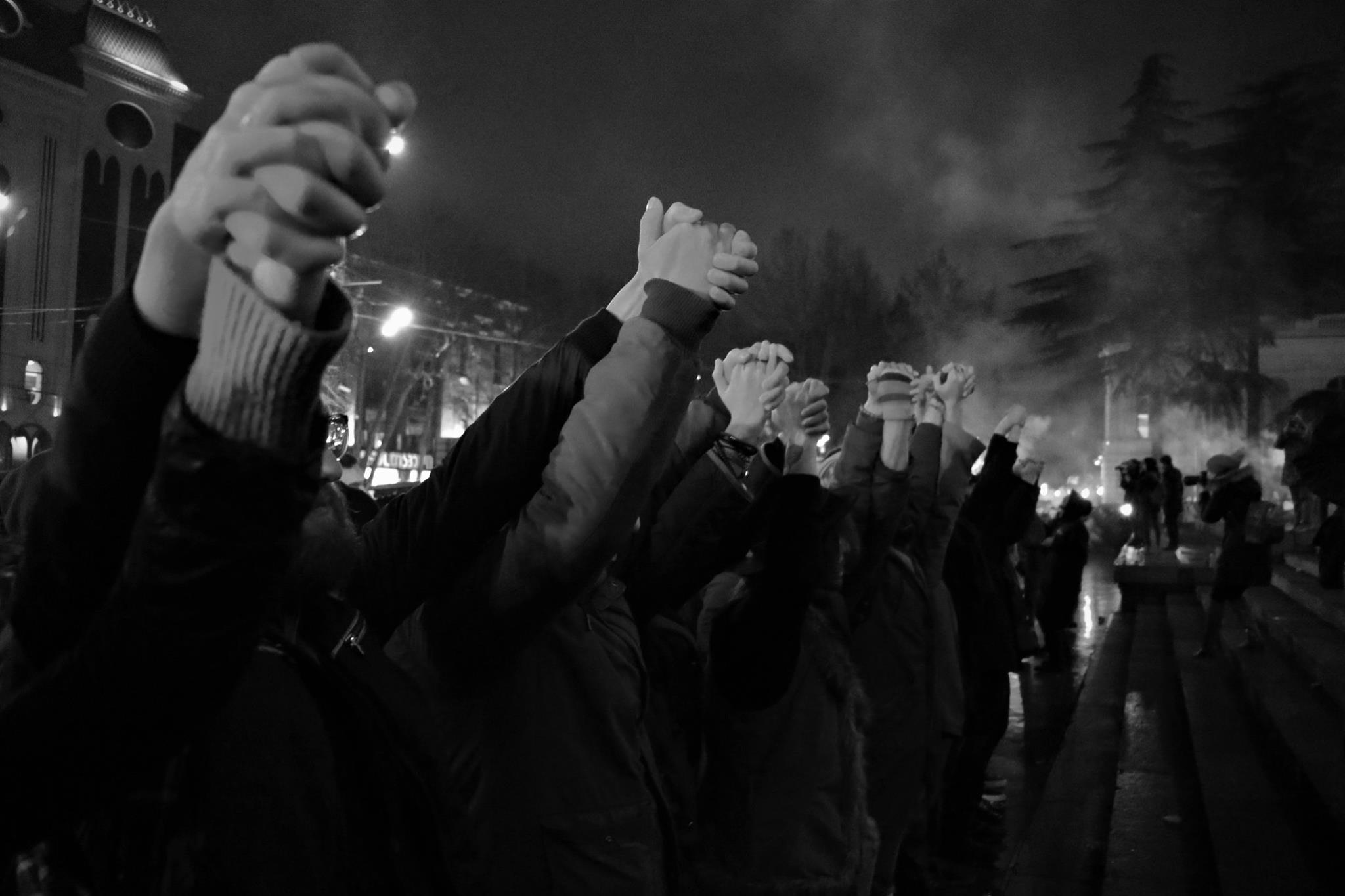 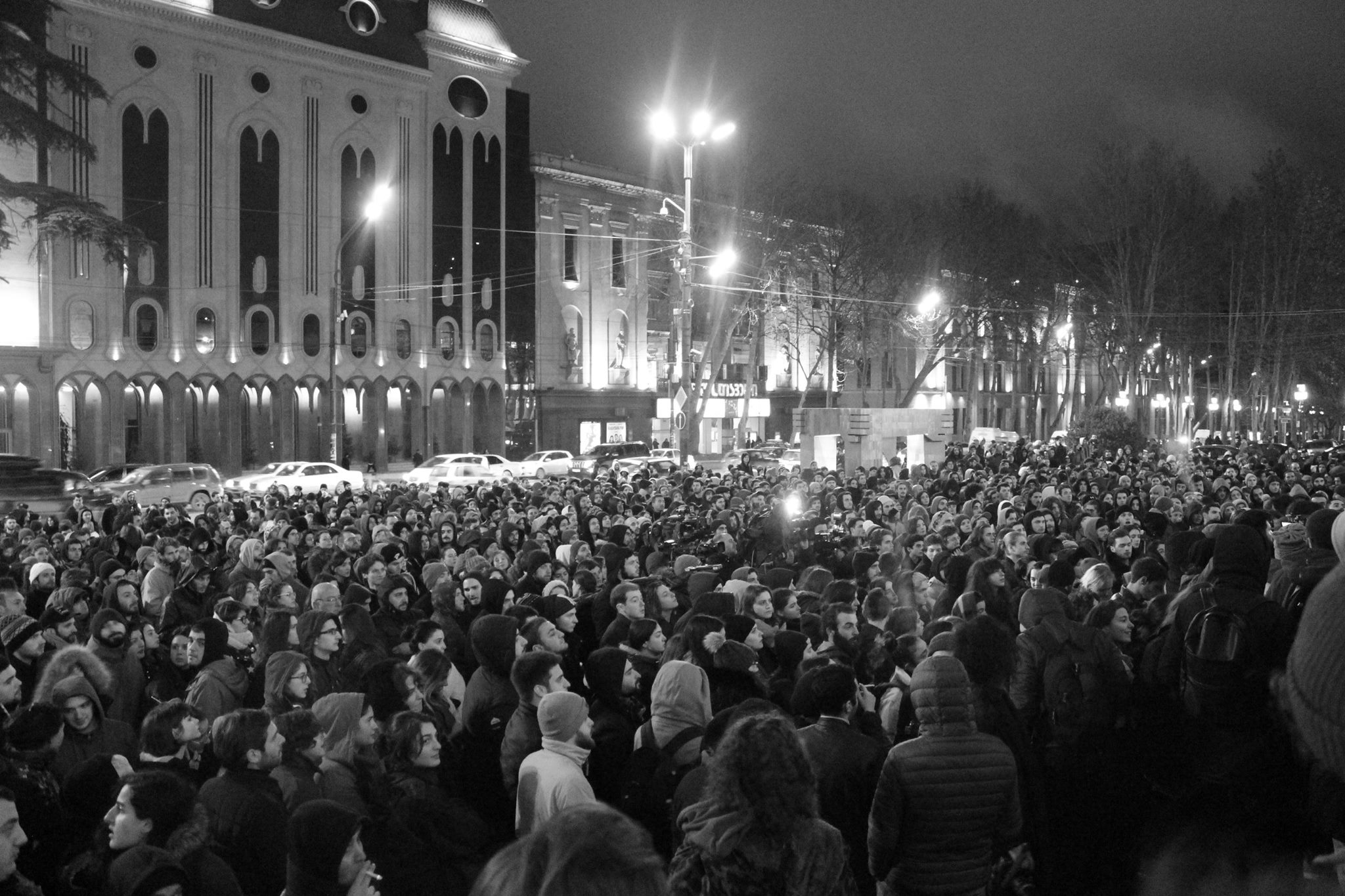 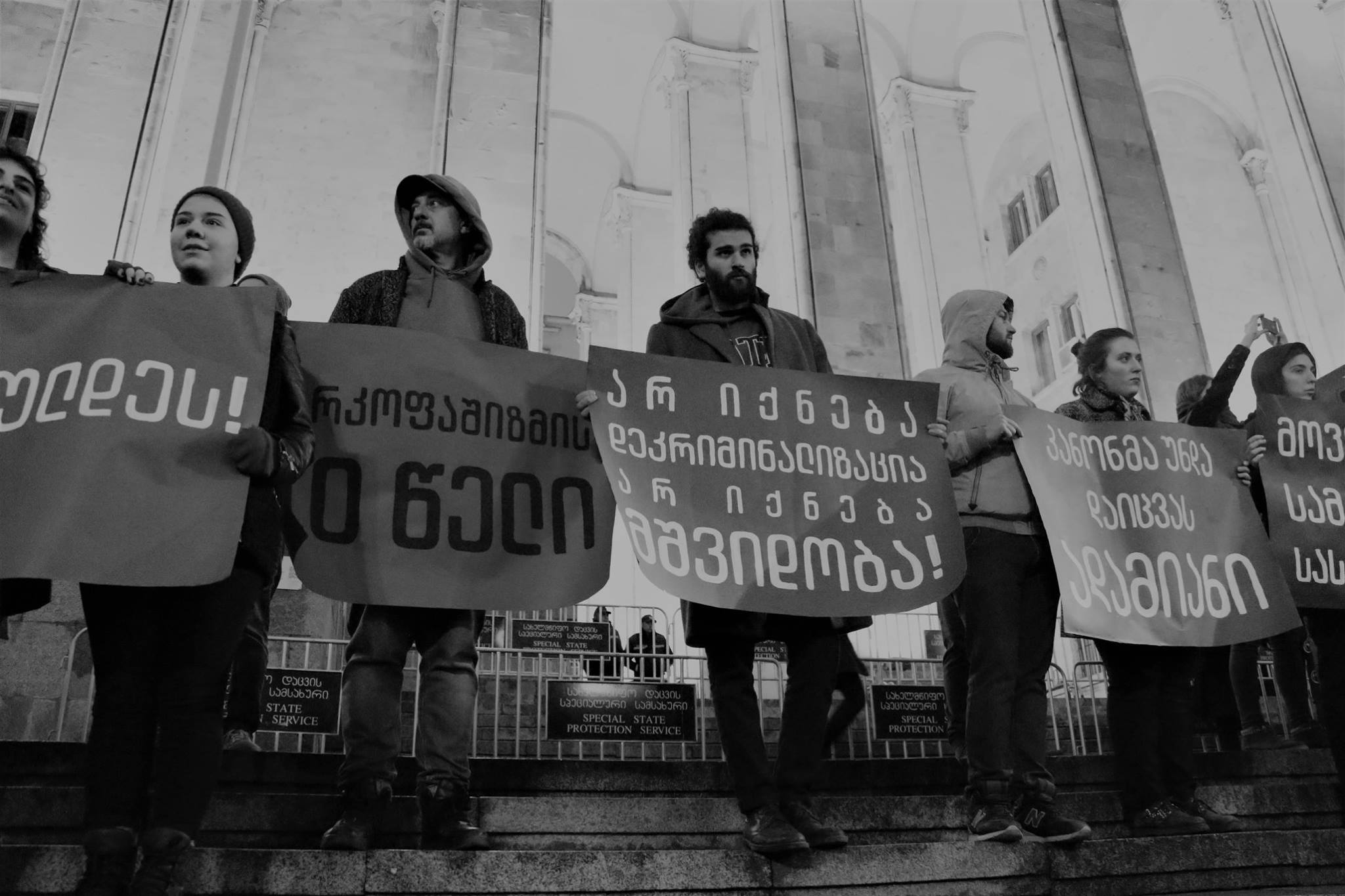 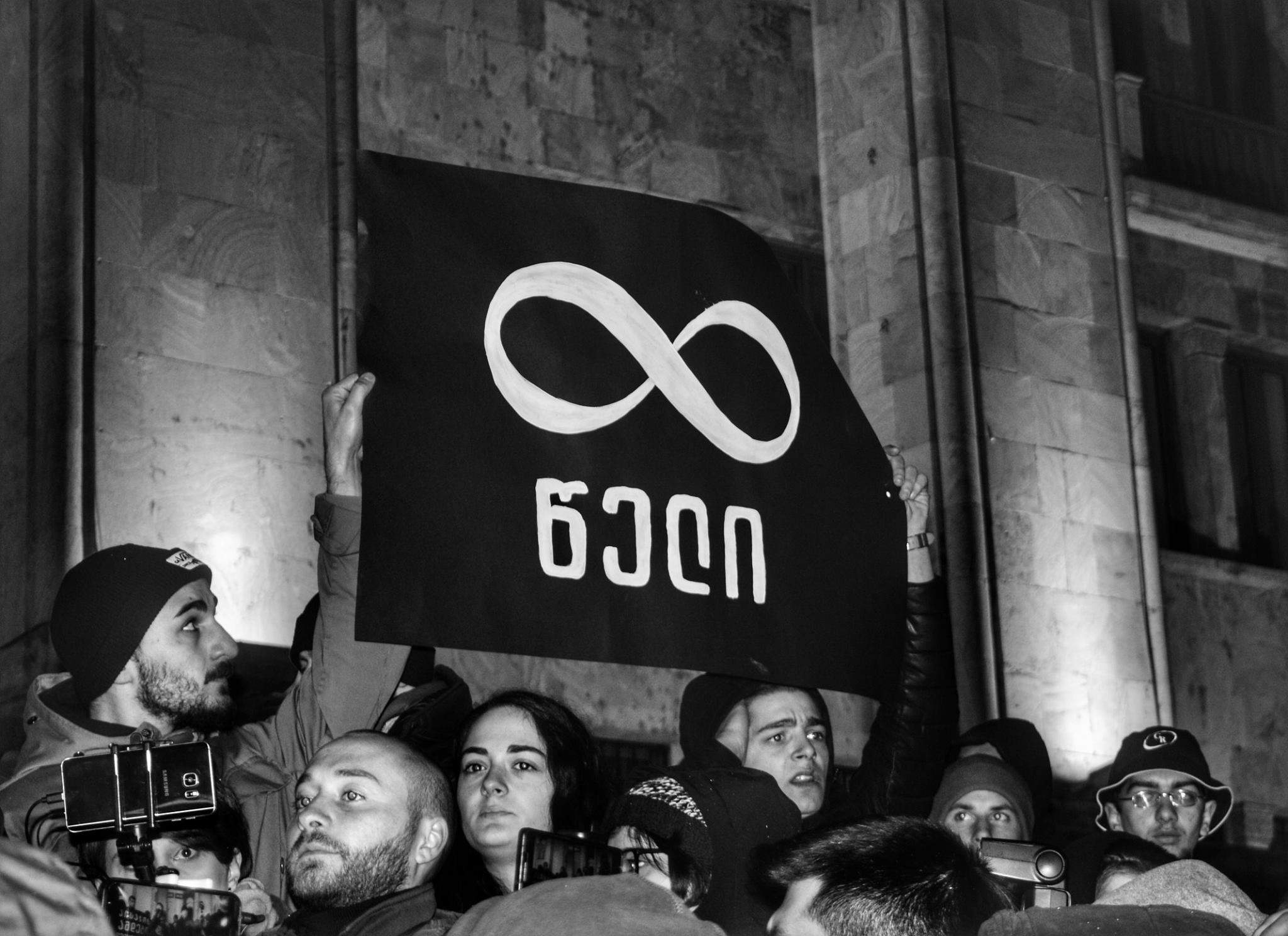 On 25 January, Nino Lomjaria, the Georgian Public Defender, issued a statement on the drug policy matter saying Giorganashvili’s case was a clear demonstration of the problem of a strict and repressive drug regulation in the Criminal Code of Georgia. The Public Defender called on the Georgian Parliament to prioritize drug policy reforms and adopt a new law ‘as soon as possible’.

The drug policy has remained a pressing issue in Georgia for the past few years. Several protest rallies were organized in this regard last year, with the largest one reported in the center of Tbilisi on 10 June. Thousands of young activists rallied against the government’s drug policy on Rustaveli avenue following the arrest of the Birja Mafia rap group members.

Giorgi Keburia, 21, and Mishka Mgaloblishvili, 28, were arrested on charges of illegal procurement and possession of a particularly large amounts of psychotropic substances. However, they claimed that drugs were planted on them by law-enforcers in response to their video clip which mocked the police. The story ended with the rappers’ release following a Facebook post made by Bera, the son of Bidzina Ivanishvili (Georgian business tycoon and former Prime Minister) in which he supported the musicians who got into trouble.

There is nothing extraordinary about the cases against Giorgi Giorganashvili and Birja Mafia, though it has raised questions not only among ordinary citizens but also among NGOs and observers.

The Georgian President and his family are also familiar with the practice of drug-planting by police. The President’s daughter Anna Margvelashvili spoke out against the repressive drug policy during a TV show, saying that ordinary, ‘dissident-minded’ citizens oftentimes just have drugs planted on them.

The Parliament of Georgia is currently processing a bill drafted by NGOs on legislative amendments aimed at liberalization of the drug policy. However, the process has been delayed due to serious differences within the ruling team.

On 27 December, the Parliamentary Health Committee approved a bill on legislative amendments that provided for decriminalization of the use of drugs for personal purposes, the possession of a small amount of drugs as well as implementation of rehabilitation programs on its first reading.

Despite the Health Committee’s position, the majority in the ruling Georgian Dream party believe that decriminalization will have an adverse effect and will further promote drug use.

The Georgian Orthodox Church leader Ilia II issued a statement a few days ago calling on the government to revise its punishment-oriented drug policy and consider possibly opening new rehabilitation centers for drug users. Meanwhile, the Patriarch’s Office doesn’t support the bill drafted by the NGOs and even demands to suspend its consideration in parliament. The Church is a highly reputable institution in Georgia and the clergy’s position oftentimes determines the government’s actions.

The Georgian Interior Minister Giorgi Gakharia commented on the drug policy issue a day before the court ruling on 22 January. In his words, the implementation of a humane and complex drug policy is the only solution, though strict measures should be maintained and even tightened with respect to drug trafficking and distribution.

As for social media, there are not only comments which support Giorgi Giorganashvili, but also some which calls for toughening the drug policy.

A rally organized by the ‘White Noise’ movement outside parliament did not turn into a large-scale protest as was expected, which, observers believe, points to a lack of public consensus on this problem.