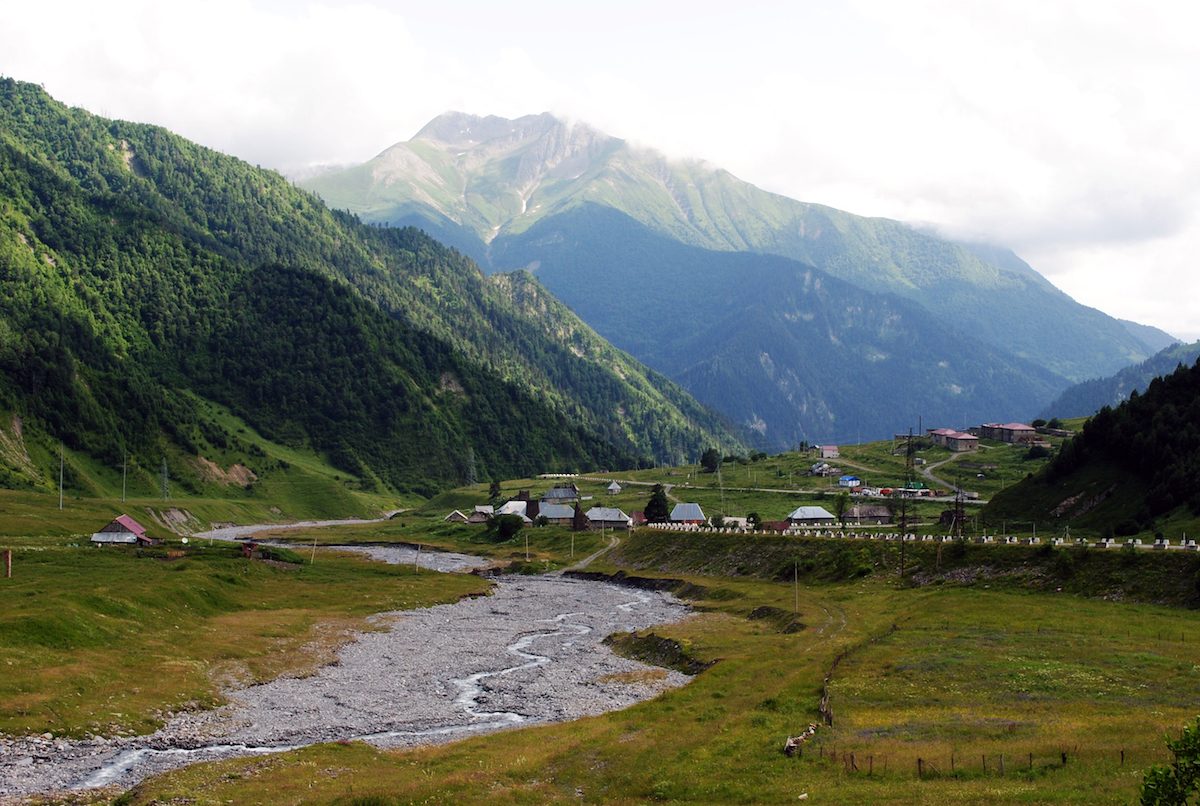 Alexander Sergeevich Pliev is the oldest resident in the village. He was born here almost 70 years ago and was the only doctor for the surrounding nine villages, totaling about 200 residents. He has been called Pushkin since childhood and some even believe that it is his passport name. He says the only other argument for a nickname is either a consonant name or patronymic and these are secondary reasons. 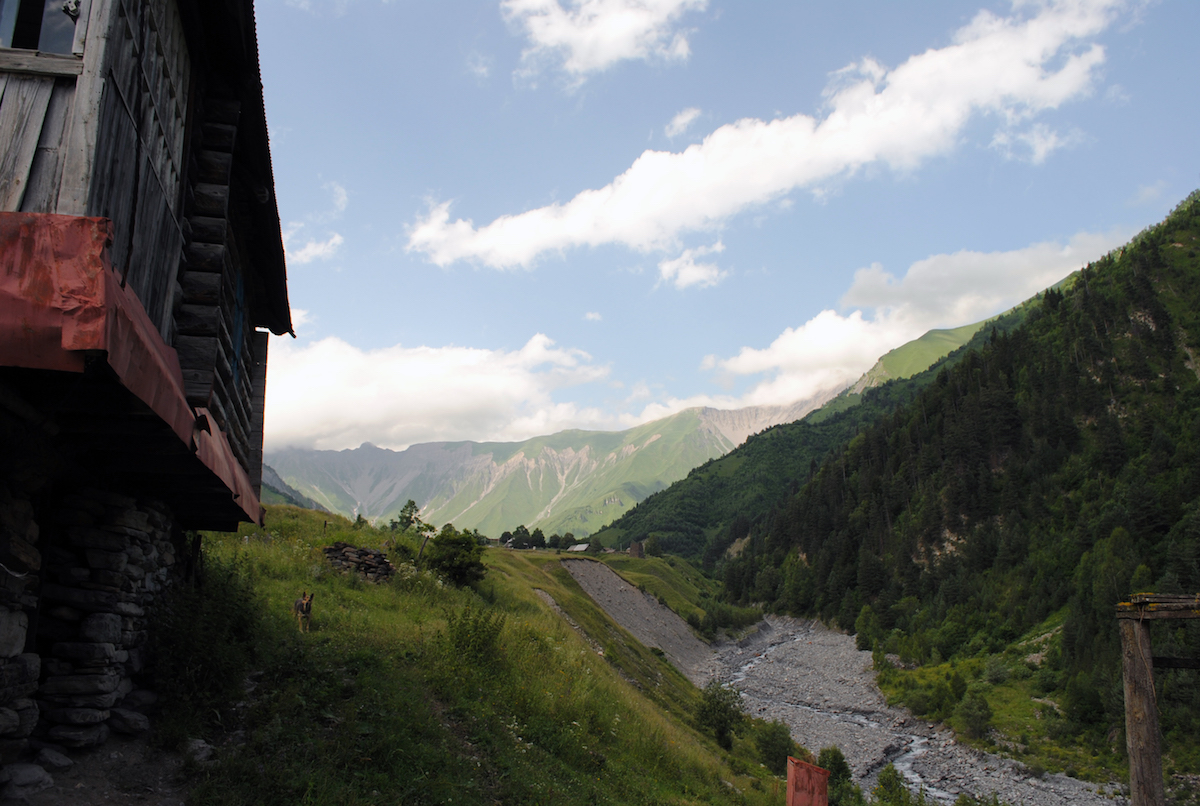 Ruk is one of the oldest villages in the Caucasus. According to some historical sources, the origin of the village dates back to the 12-13th centuries, but it is likely even more ancient. 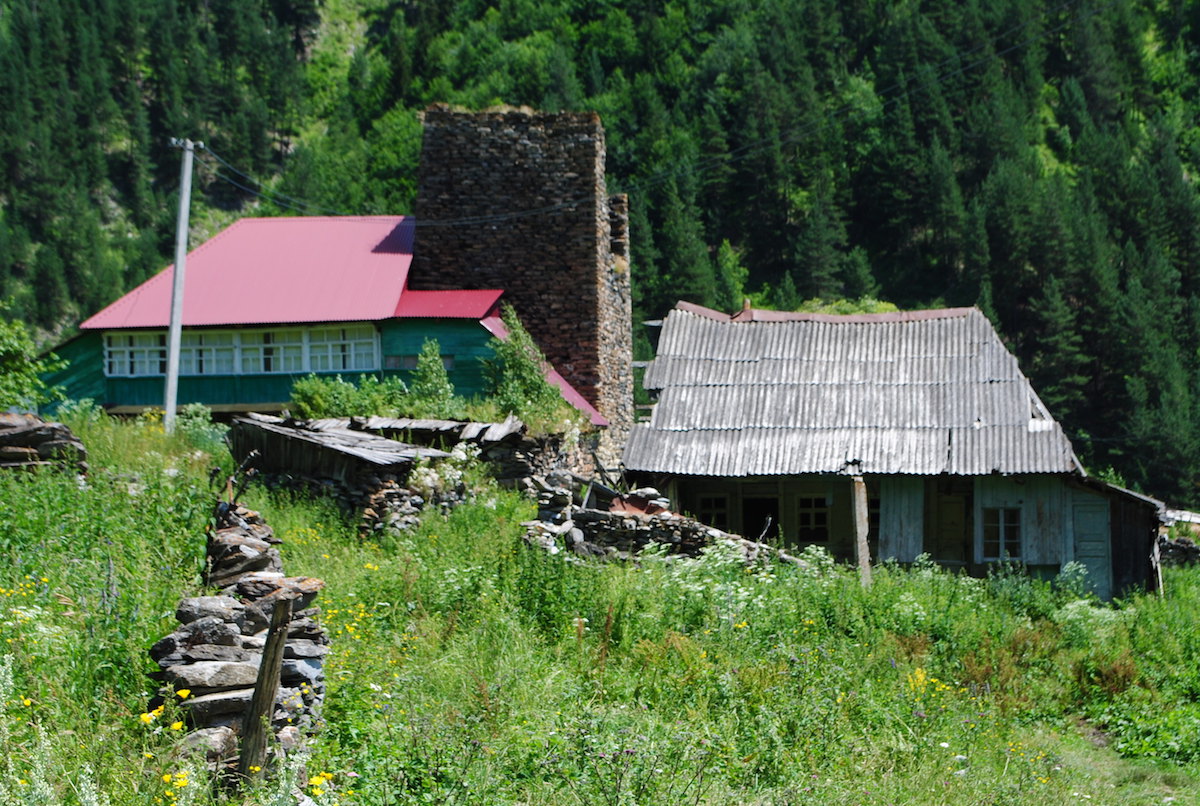 About three thousand people used to live in the village during better times. Almost each house that has been preserved in Ruk has a family tower. They were traditionally either watchtowers or residential ones. If winter was particularly cold and snowy, the ground floor of the tower could be used for livestock. Signal towers were also built in other Ossetian villages – a tower in one village could be seen from another village. A huge fire was usually made on top of the tower to warn of some threat or to call for help. 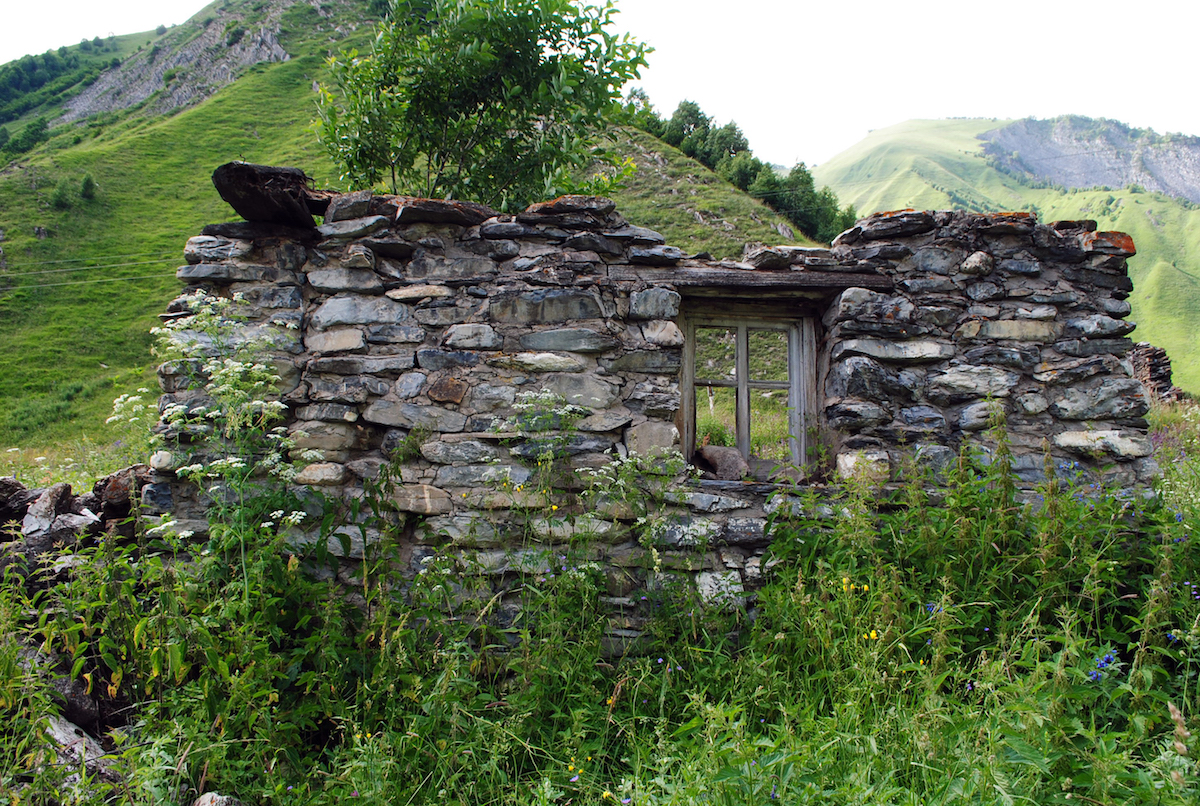 This is a wall of a house built at the end of 19th century. According to the locals, the village completely burnt down in about 1920 during a conflict between South Ossetia, which declared the establishment of Soviet power, and the newly established Georgian Democratic Republic, who refused to cooperate with the Soviets. Only two towers were left standing in the village. 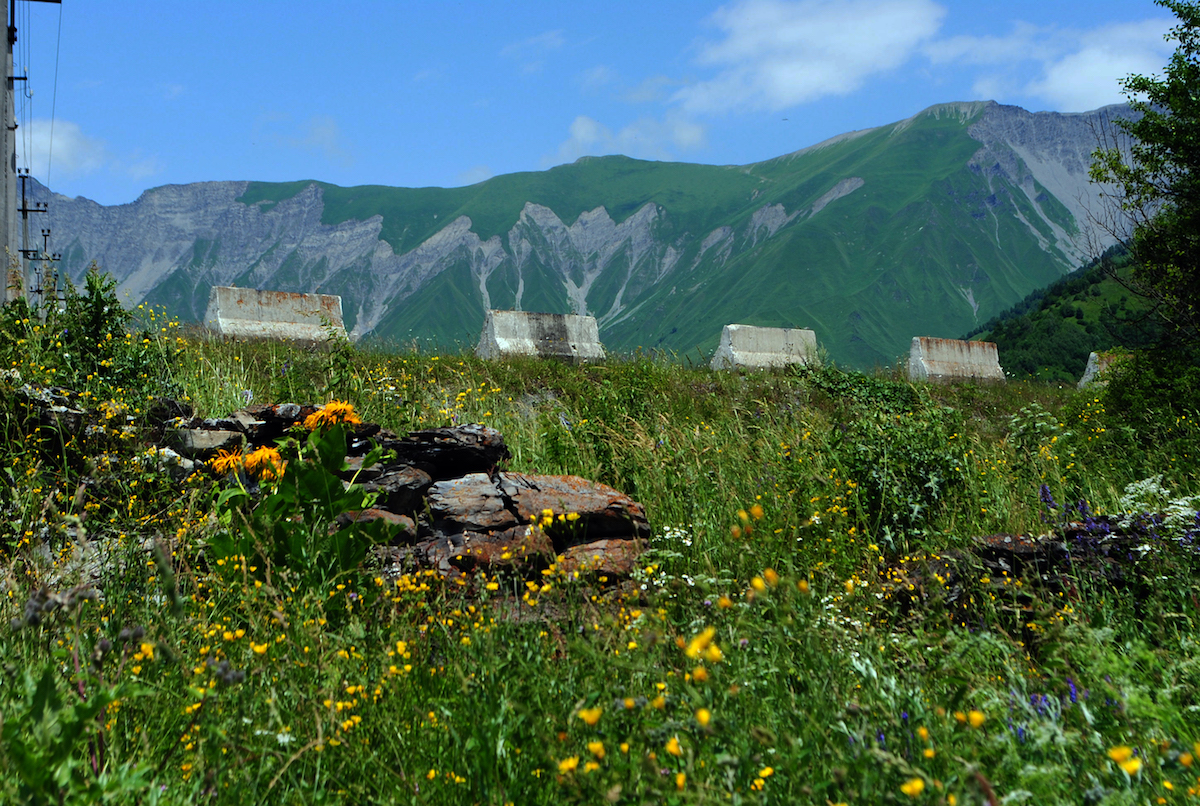 Locals say that the village was abandoned for years and that people only started returning six years later. 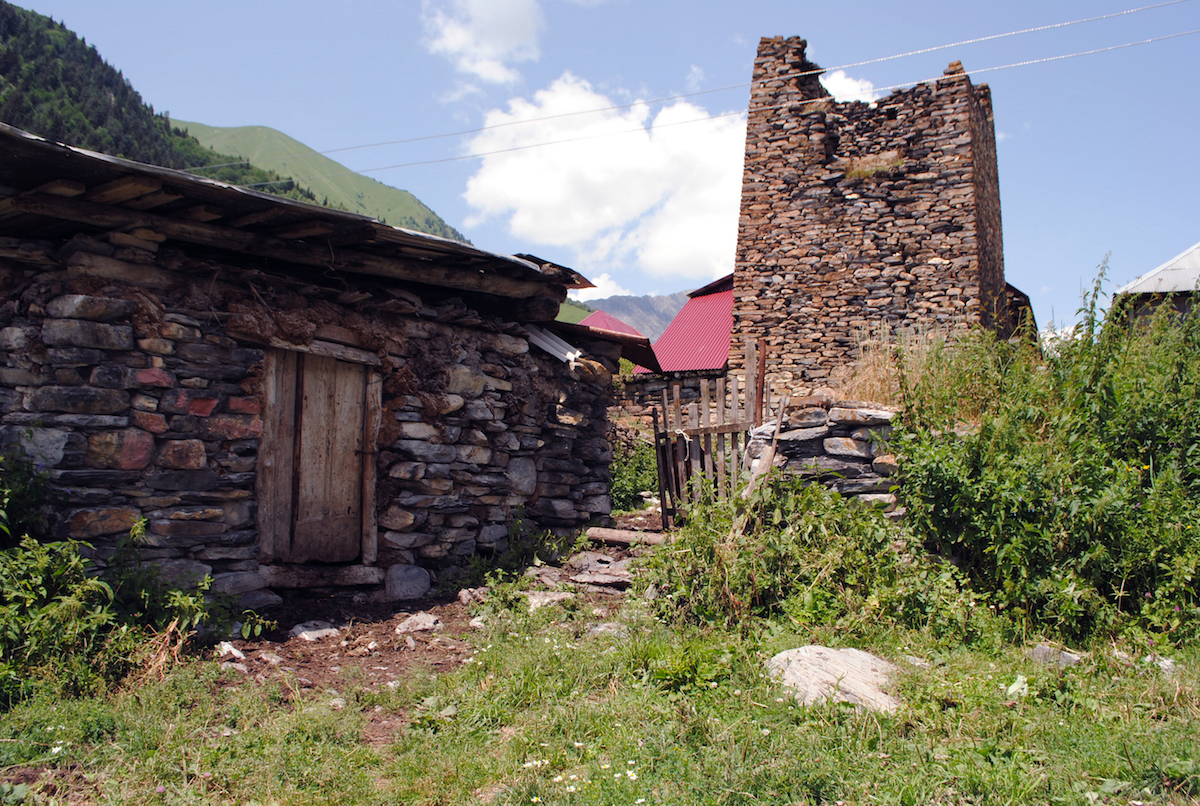 Pushkin’s father built this house in 1926. It is a simple, quadrangular stone building without windows and with one door. 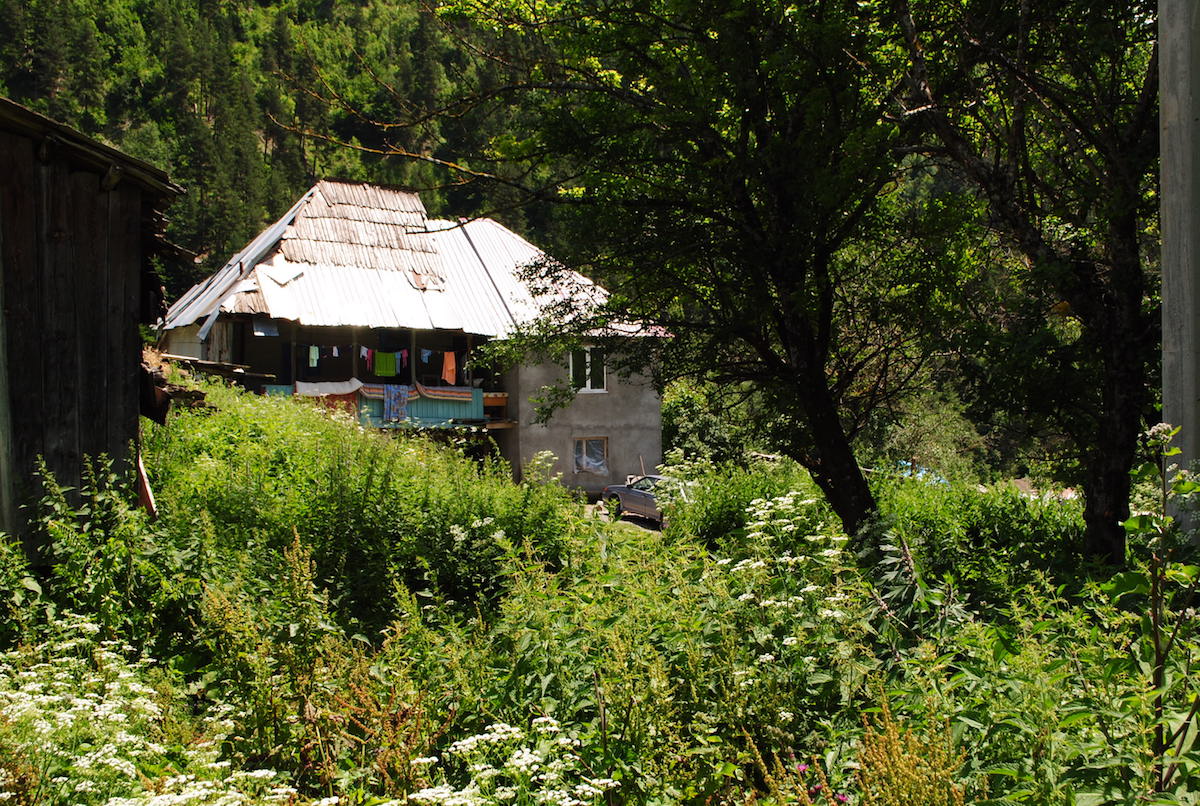 Alexander Sergeevich did not allow his son to pull down the house to build a new one. They reached a compromise – a new part was built in a ‘modern’  style, as Pushkin says. However, he himself prefers the older part of the house. 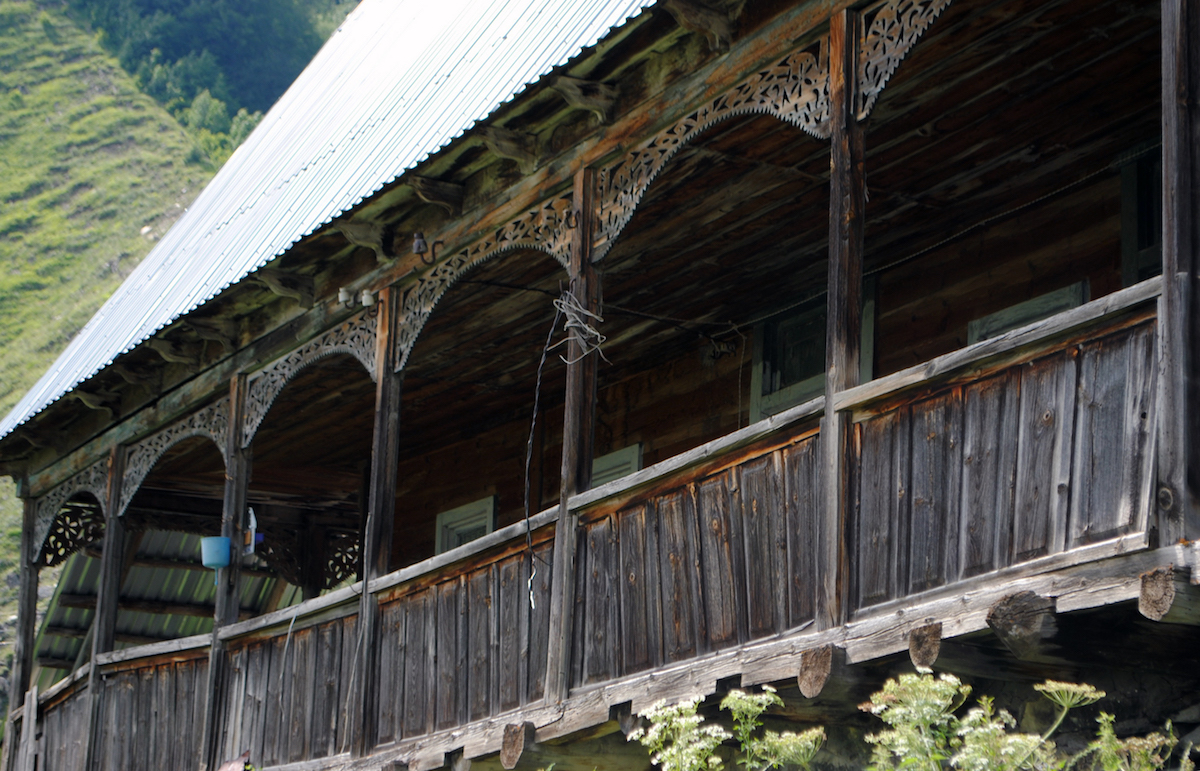 Here is a balcony decorated with ornate Ossetian woodwork under the modern roof. 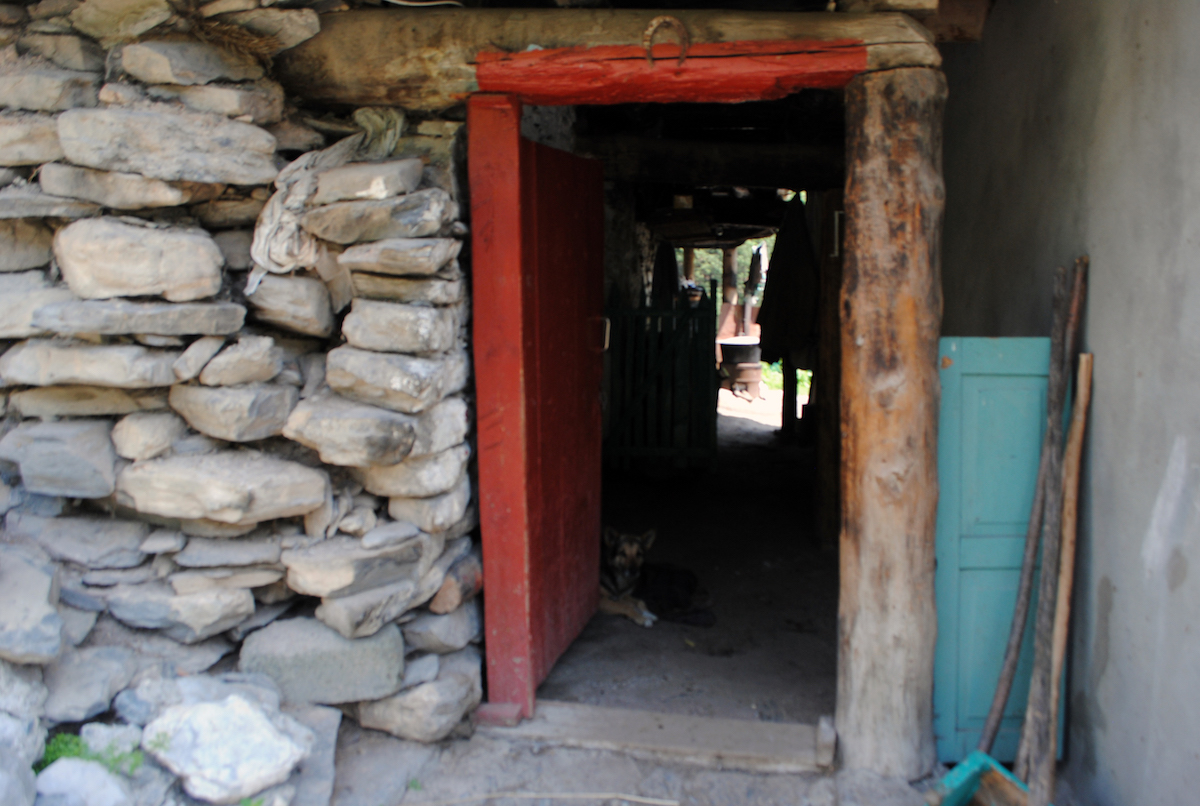 This school was built in 1862. According to the documents, over 300 children attended it. The school has been closed for many years. 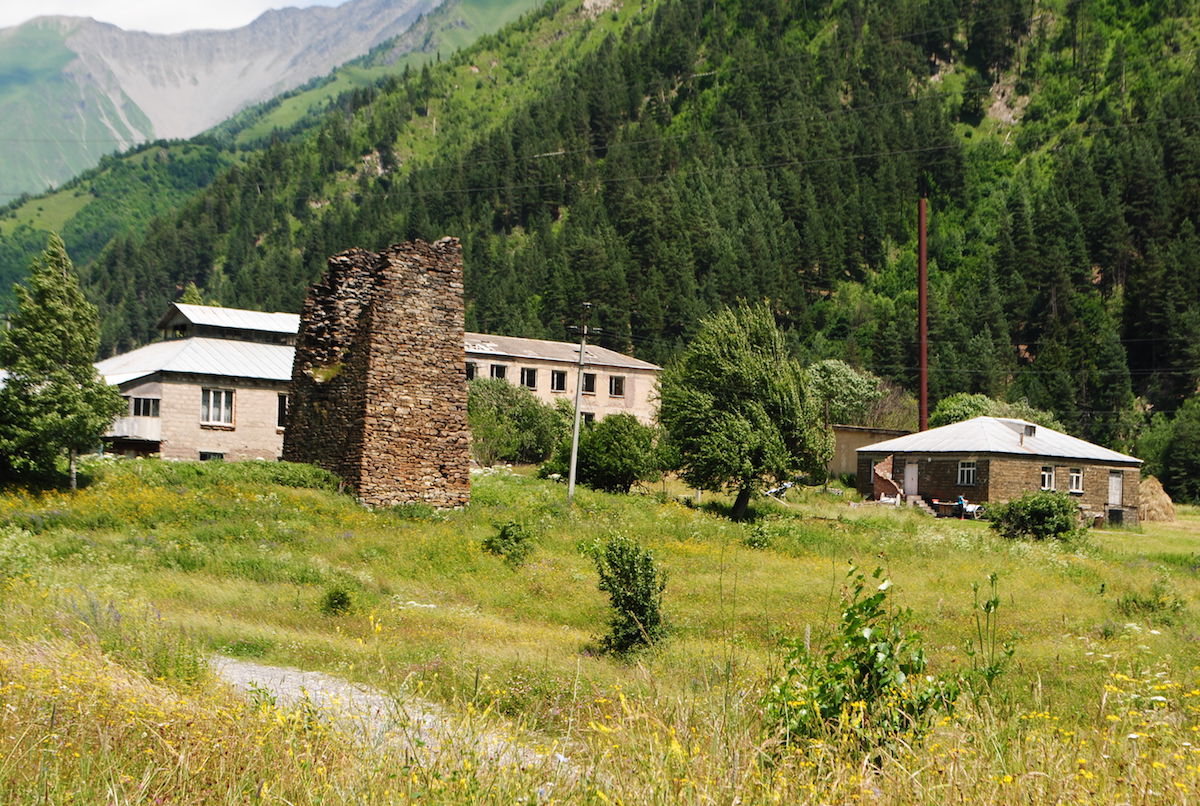 Animal husbandry was developed in the big village. However, today, there are only 4 houses left. 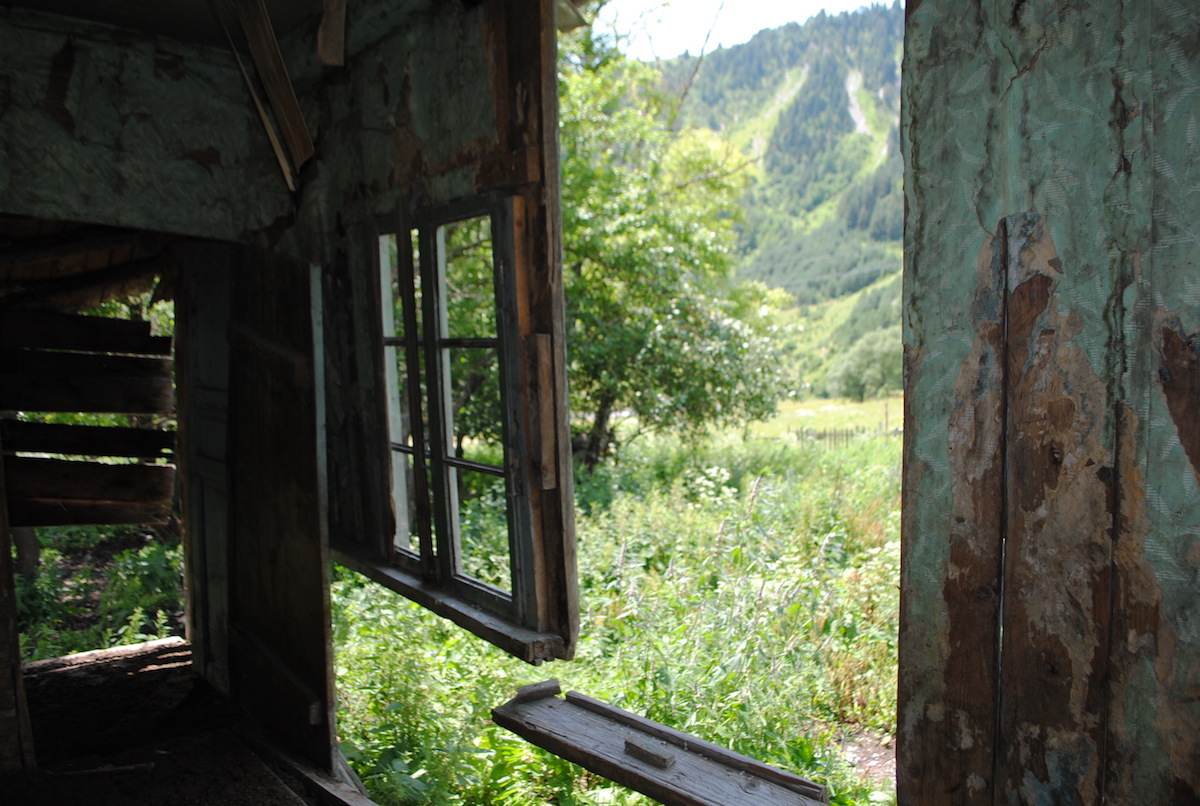 Pushkin has made use of the abandoned houses by re-purposing them as cattle pens. 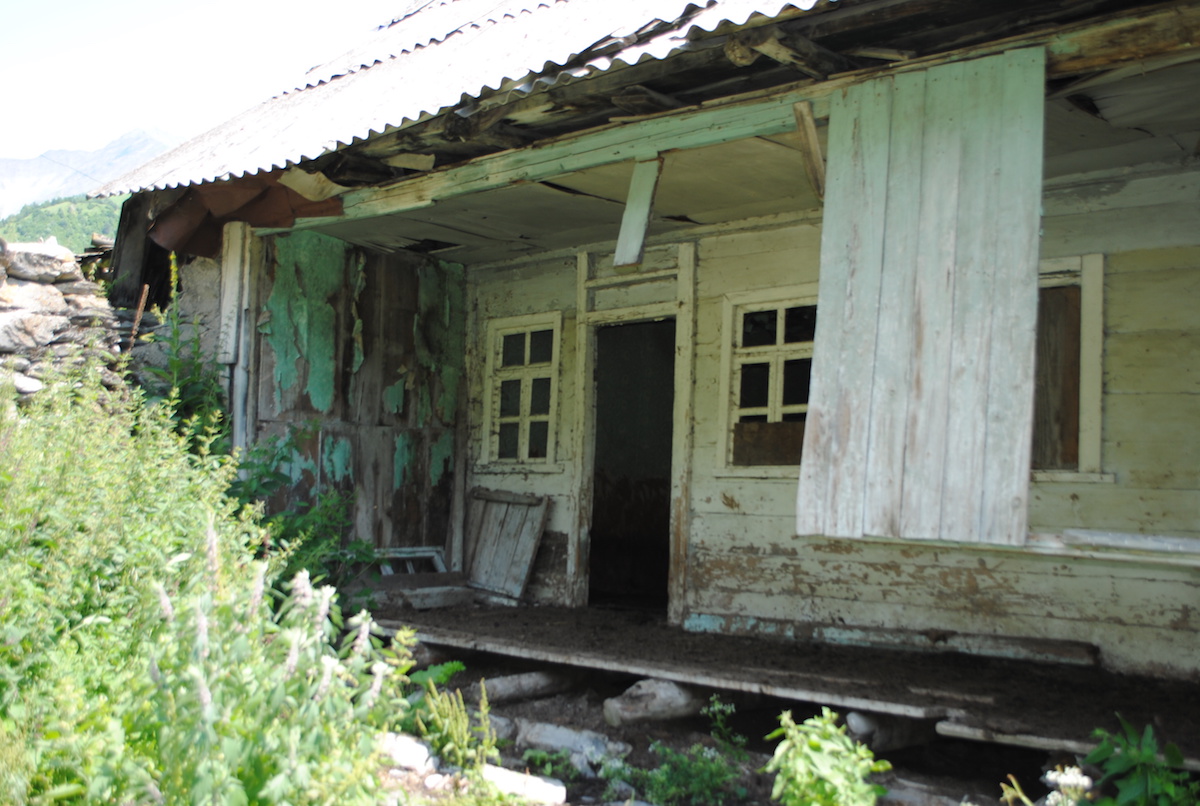 This lamb is an orphan as its mother was snatched from the yard by a wolf.  Pushkin’s grandchildren call him Koko. 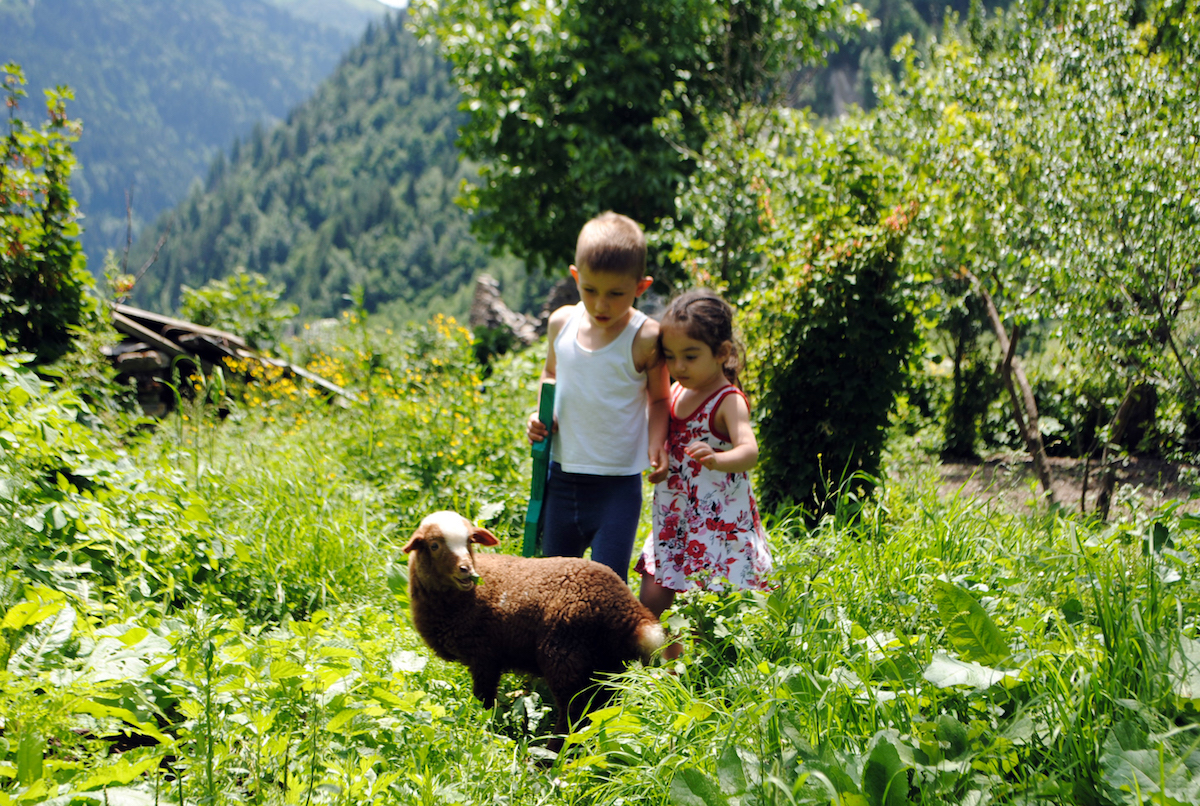 Pushkin and Bella got married in 1973 and have been together for 43 years. He had to send matchmakers to her three times before she consented. There is a 10-year age difference between them, but Pushkin yields to none. 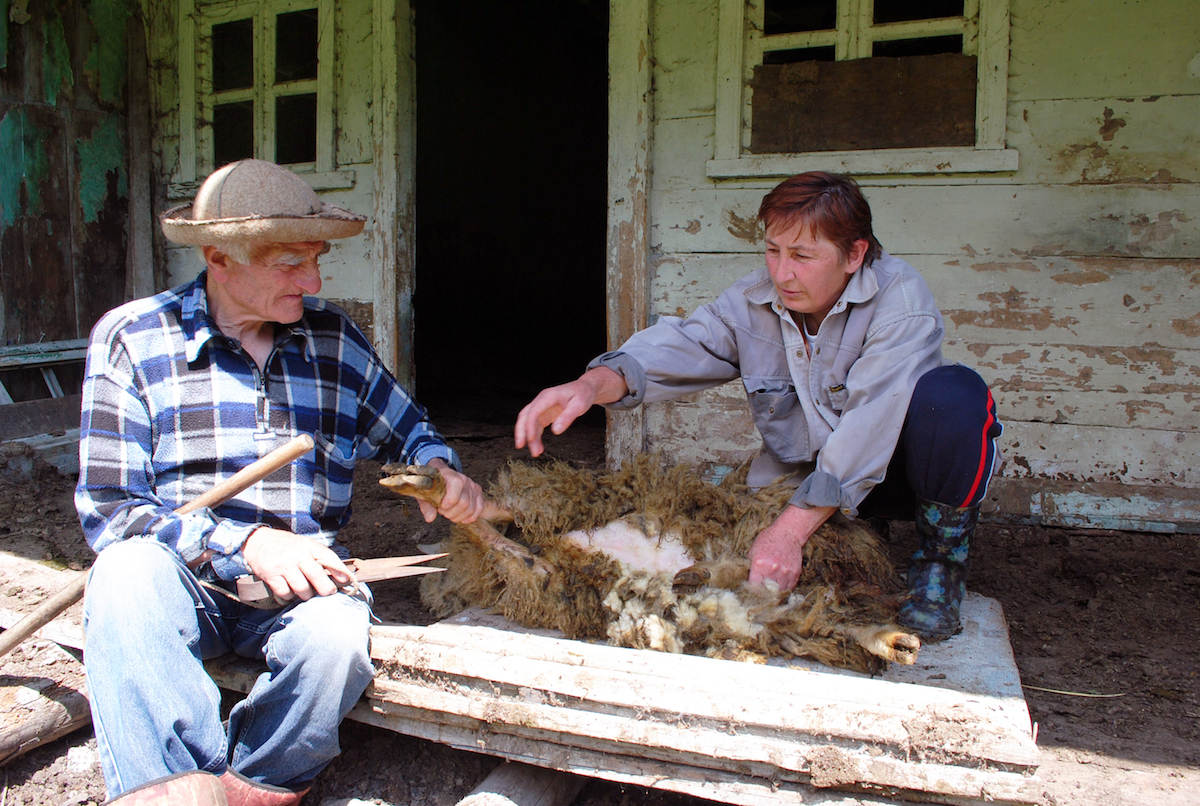 Pushkin and his Bella breed small livestock and bees. They have a big family, but all of them live in the city or in the vicinity of the city. The grandchildren like to spend their holidays at their grandfather’s place. But the pensioners mostly live together.

There are more ruins of abandoned houses than there are residential houses. However, Pushkin says, he cannot leave this place. 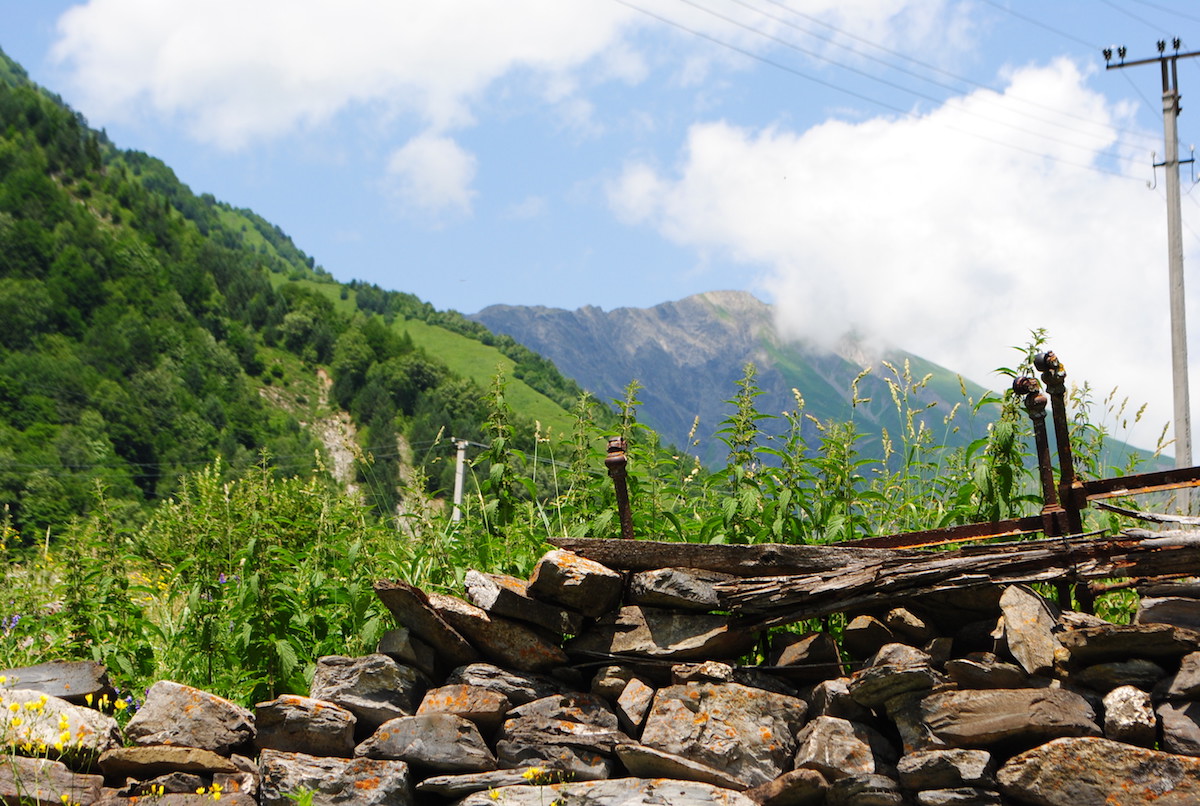 He says his life is like a combination of two walls of his house, the old and the new. Interestingly, the entrance of the house has not been changed. 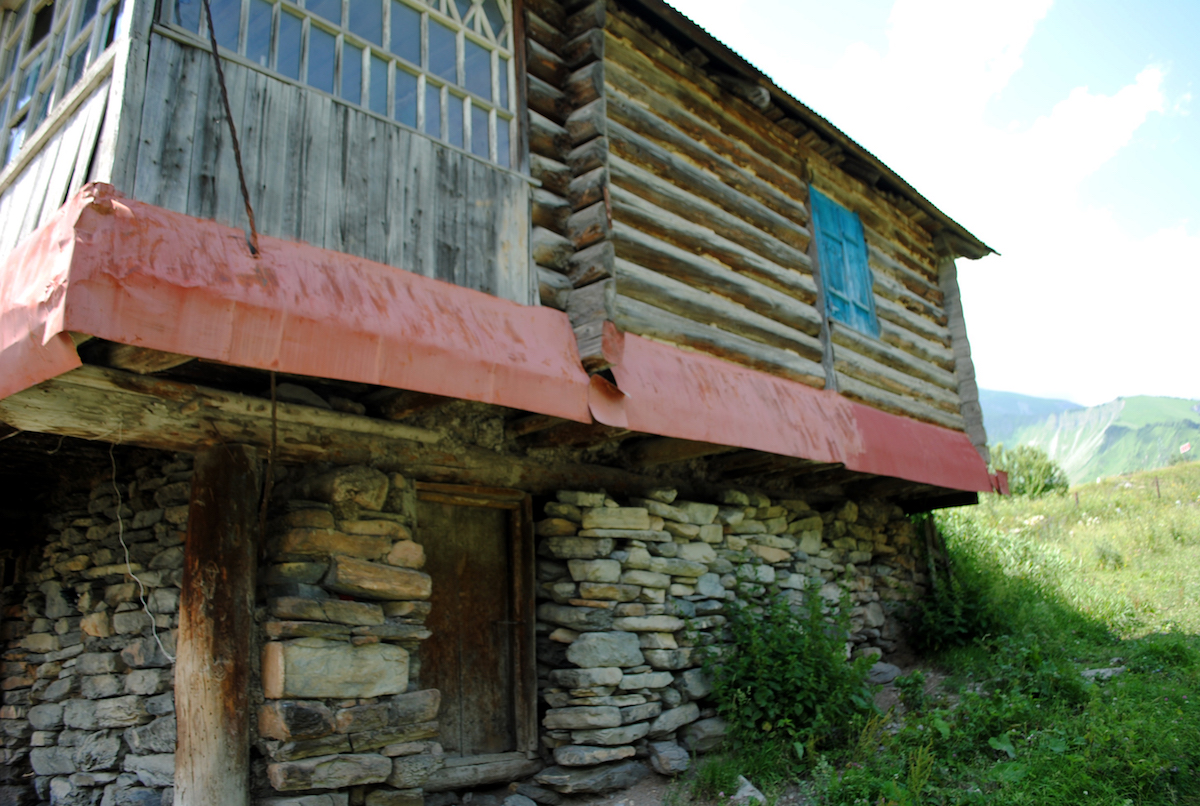 This is the house of one of Pushkin’s neighbors and he sees after it. The lower part of the house was built in the beginning of the last century and the upper part is modern. 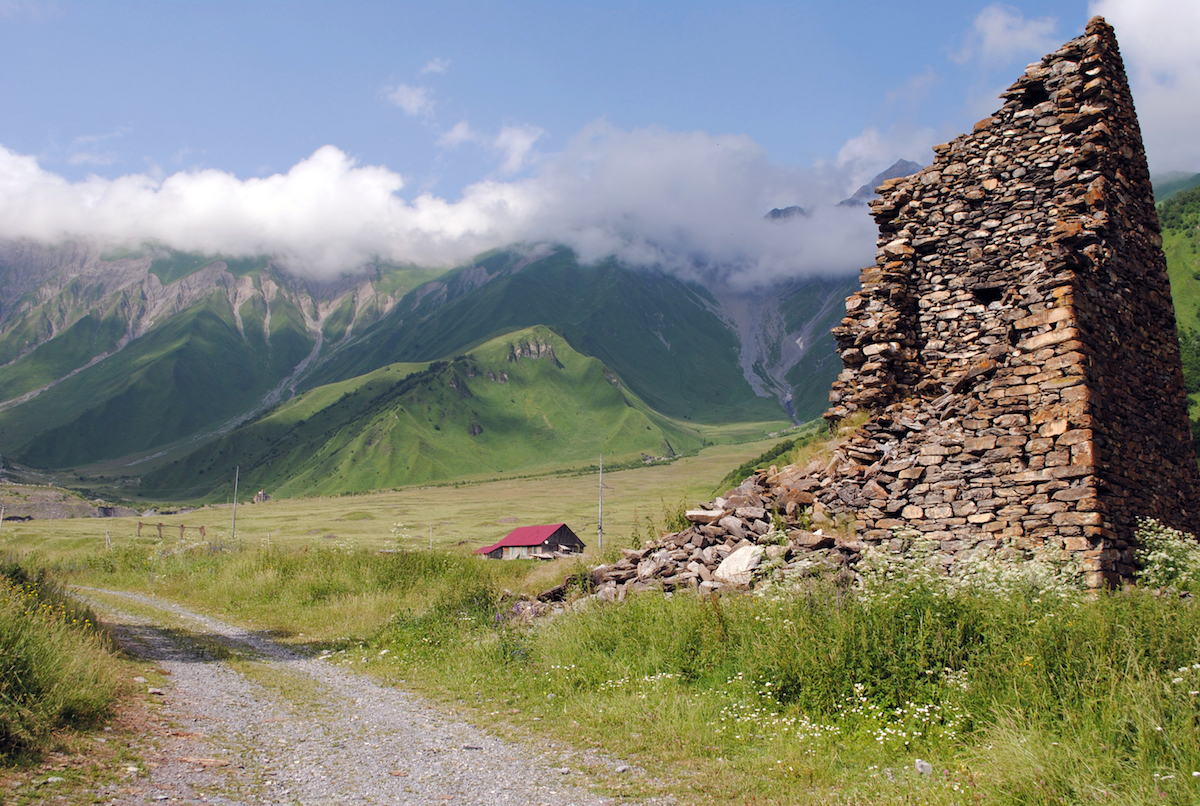 Ruk village and its towers are the gateway to South Ossetia. Once you pass the Main Caucasian Ridge, you continue straight to Upper Ruk (Uallag Ruk), an ancient open air museum.

During the construction of the family towers, an egg yolk was added to the mortar mix. It has now become a nesting place for eagles. 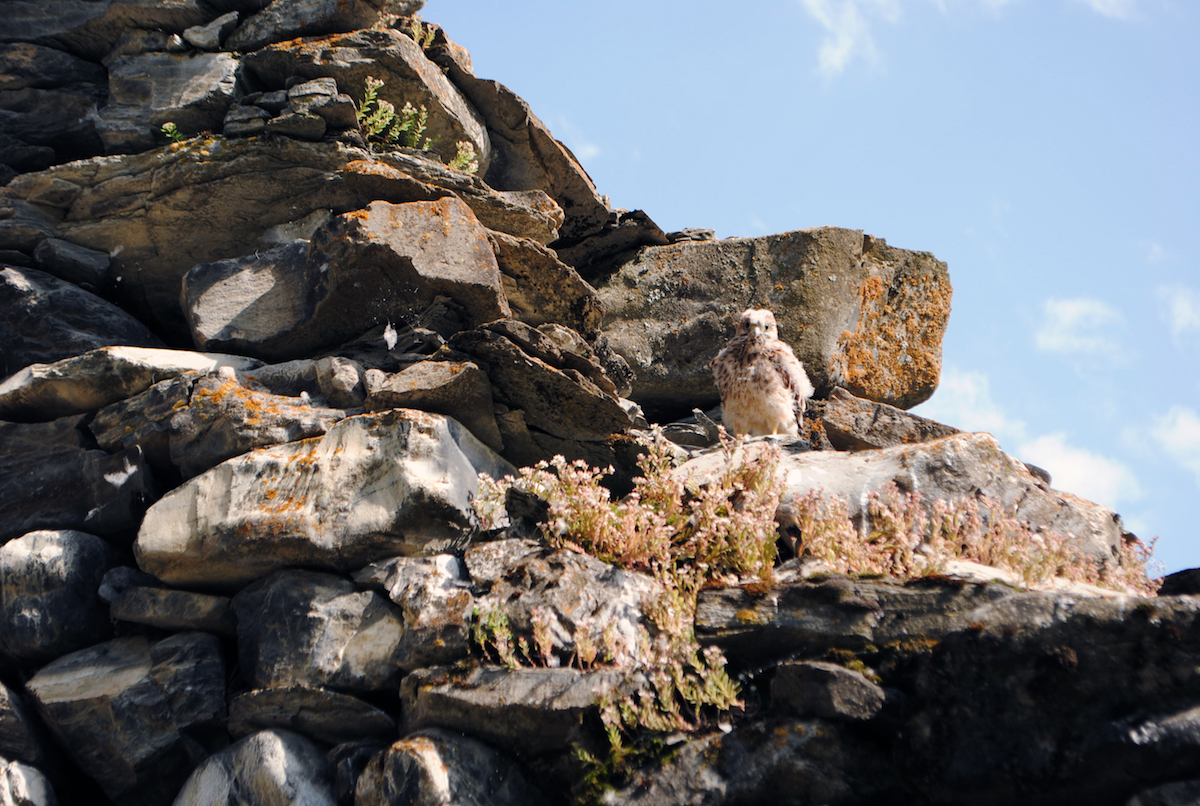 Russian peacekeepers, Armenian civilians and the Azerbaijani army: who's got control of Lachin?

Georgian opposition agrees on stance for '3rd round' of talks w. authorities to resolve political crisis

Russian peacekeepers, Armenian civilians and the Azerbaijani army: who's got control of Lachin?

Georgian opposition agrees on stance for '3rd round' of talks w. authorities to resolve political crisis