Nine things that are banned from being photographed in Baku

What do all these photos have in common? First of all, it wasn’t permitted to take photographs any of these. Secondly, the ban either makes no sense, or there isn’t any ‘relevant’ provision in the legislation either. There is a tendency in Azerbaijan to ban anything that isn’t allowed under a special document, in general, and that makes a photographer’s life difficult. 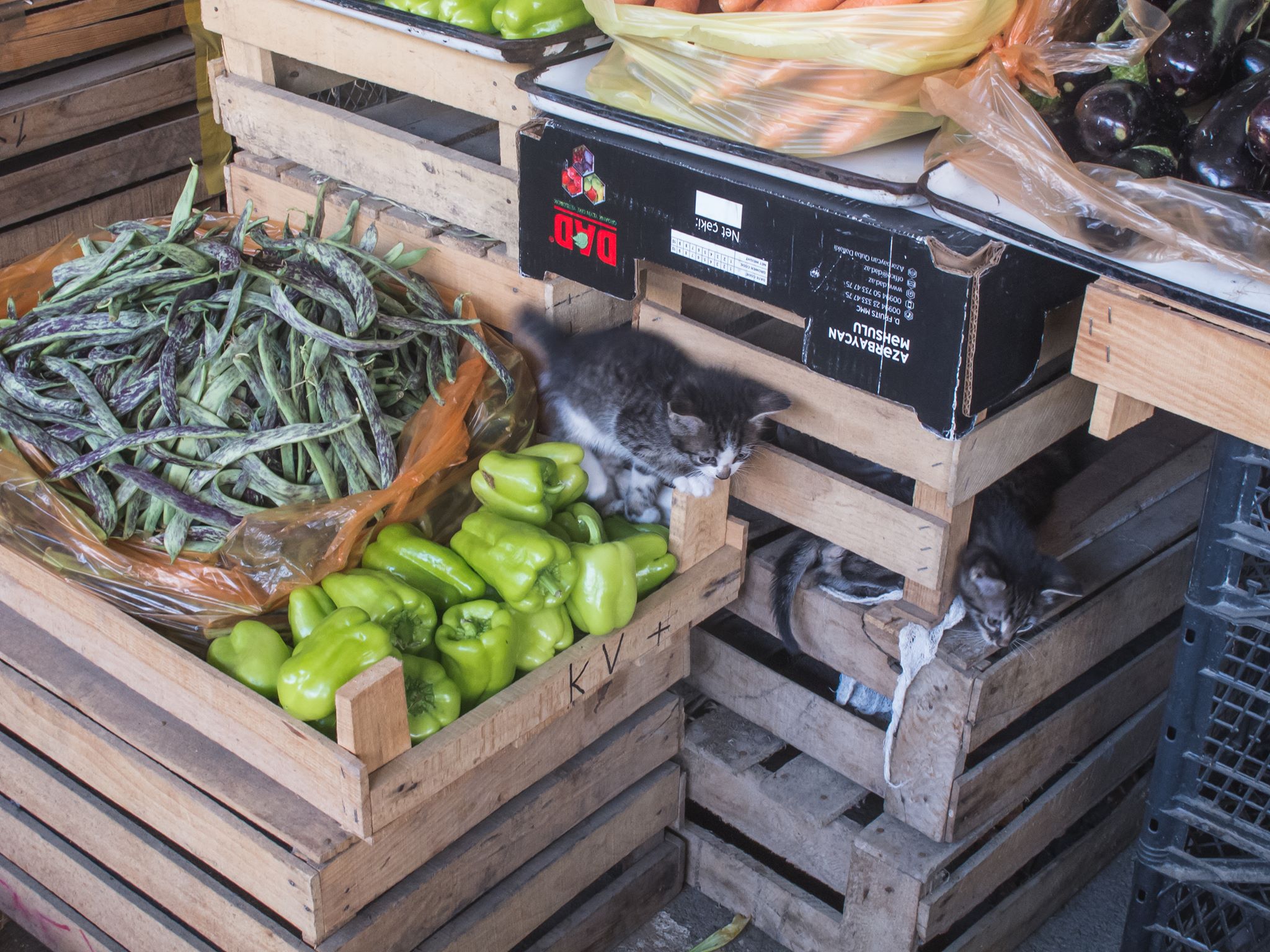 There are no ‘guards’ – in the ordinary sense of this word – at the market. If a TV crew comes to film some materials (usually about fruit that WON’T increase in prices ahead of a holiday), then its fine. But heaven forbid, you walk down the market, looking for some picturesque shots. The security guards will immediately come up to you and, in the best-case scenario, will ask you to delete all photos. You can certainly inquire on what grounds they are doing that and why it isn’t allowed to take the market photos, but you’d better obey. It will save you a lot of headache and, also, you camera will be intact. 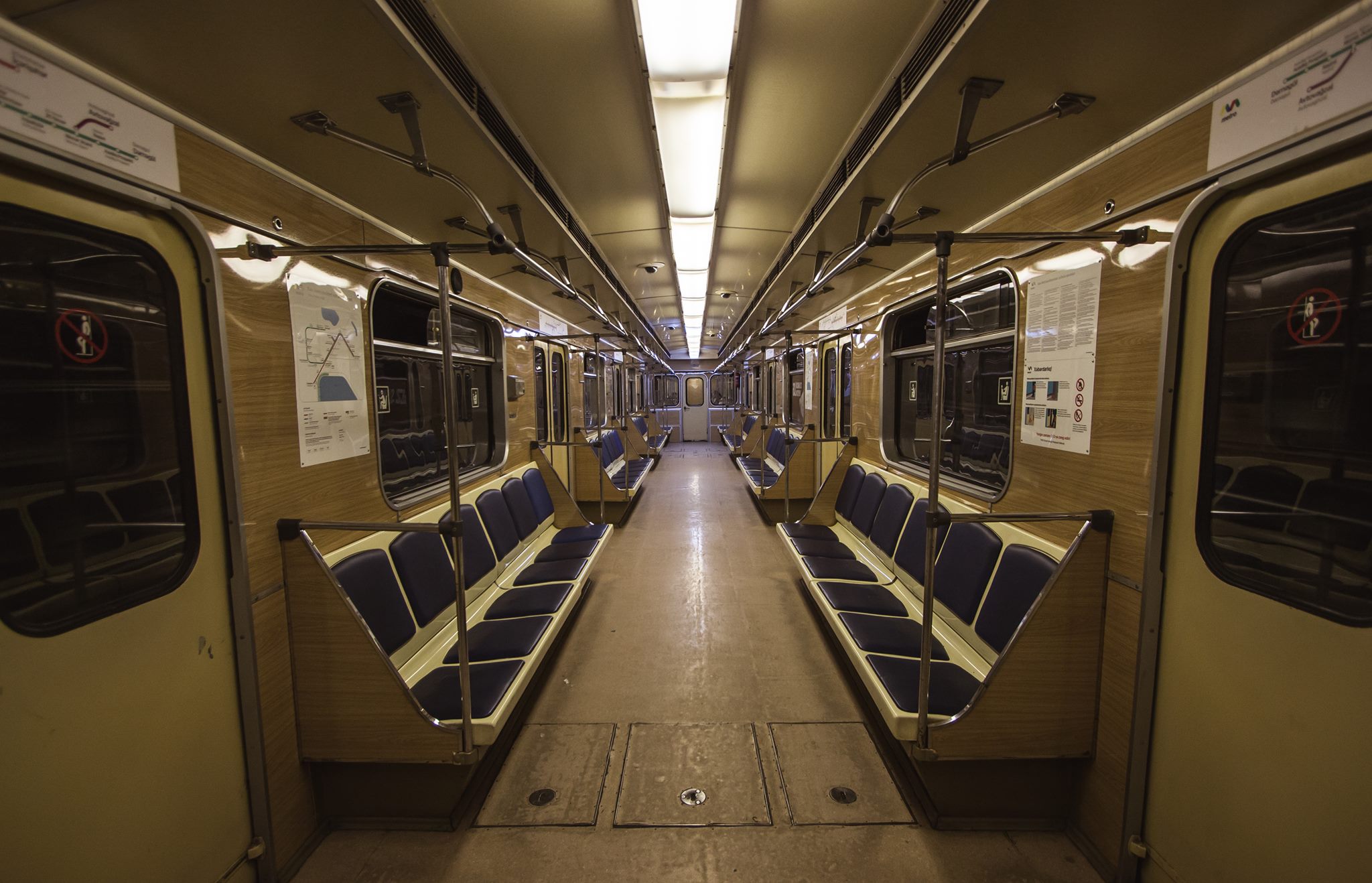 In the post-Soviet space, the metro isn’t just a ‘means of transportation’, but also a potential bomb shelter. Therefore, it’s importance doesn’t raise any questions. But why would one allocate so much funds for its restoration, why should one be proud of the fact that ‘Baku has one of the most beautiful metros’, if this very beauty can’t be captured? And if it’s a military facility, then why allow ‘chosen’ photographers from some media outlets to take photos in the metro anyway? On a side note, there are many such photos available online. 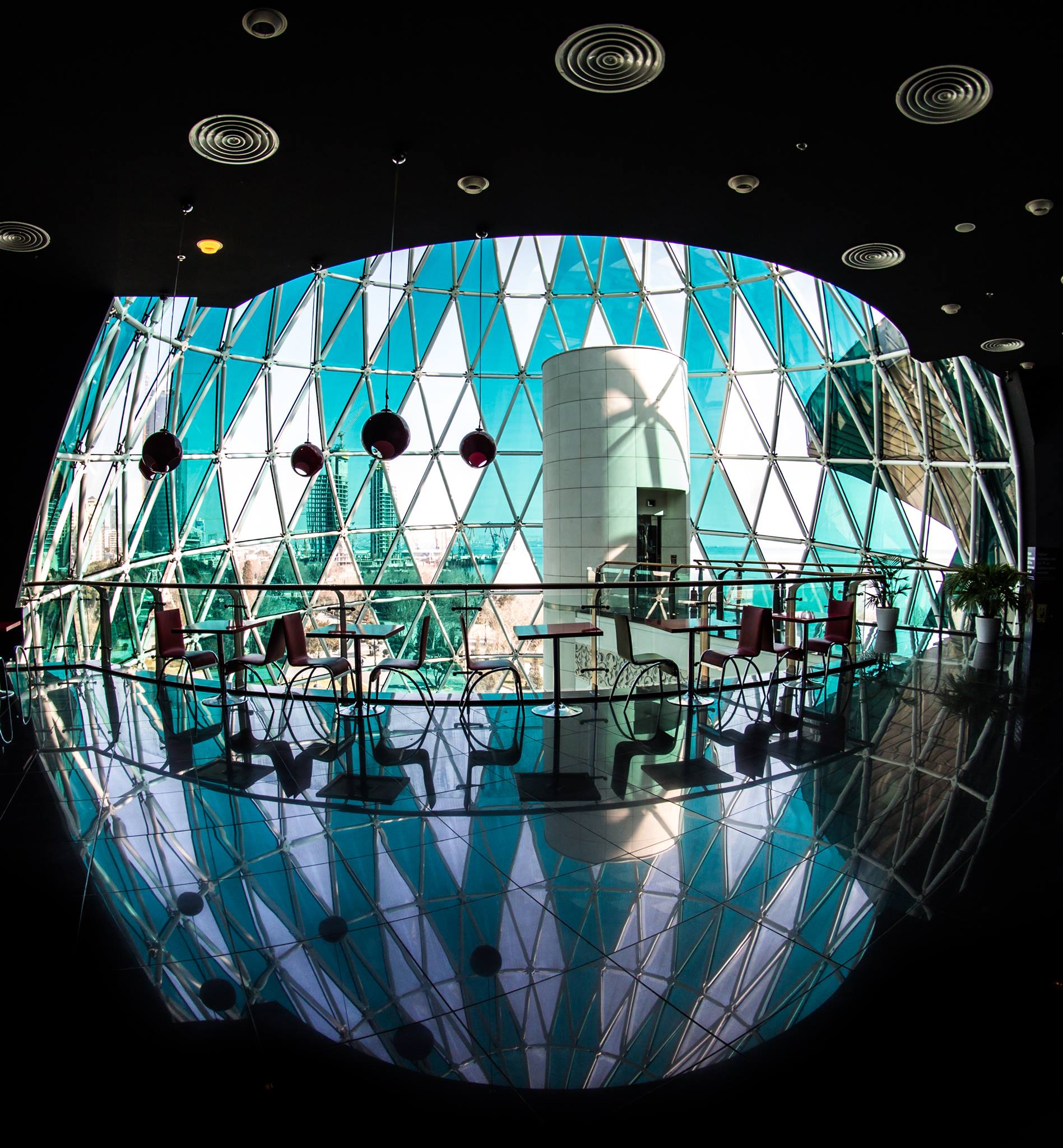 I didn’t even know there was a ban on taking photos in shopping malls. Security guards usually only stand at the entrance, and I have never had any particular desire to take photos there. But when I wished to do so, a security guard stopped me and told me in broken English: ‘No photo! No photo!’, apparently taking me for a foreigner (and no wonder, because the Formula 1 was in ‘full swing’). 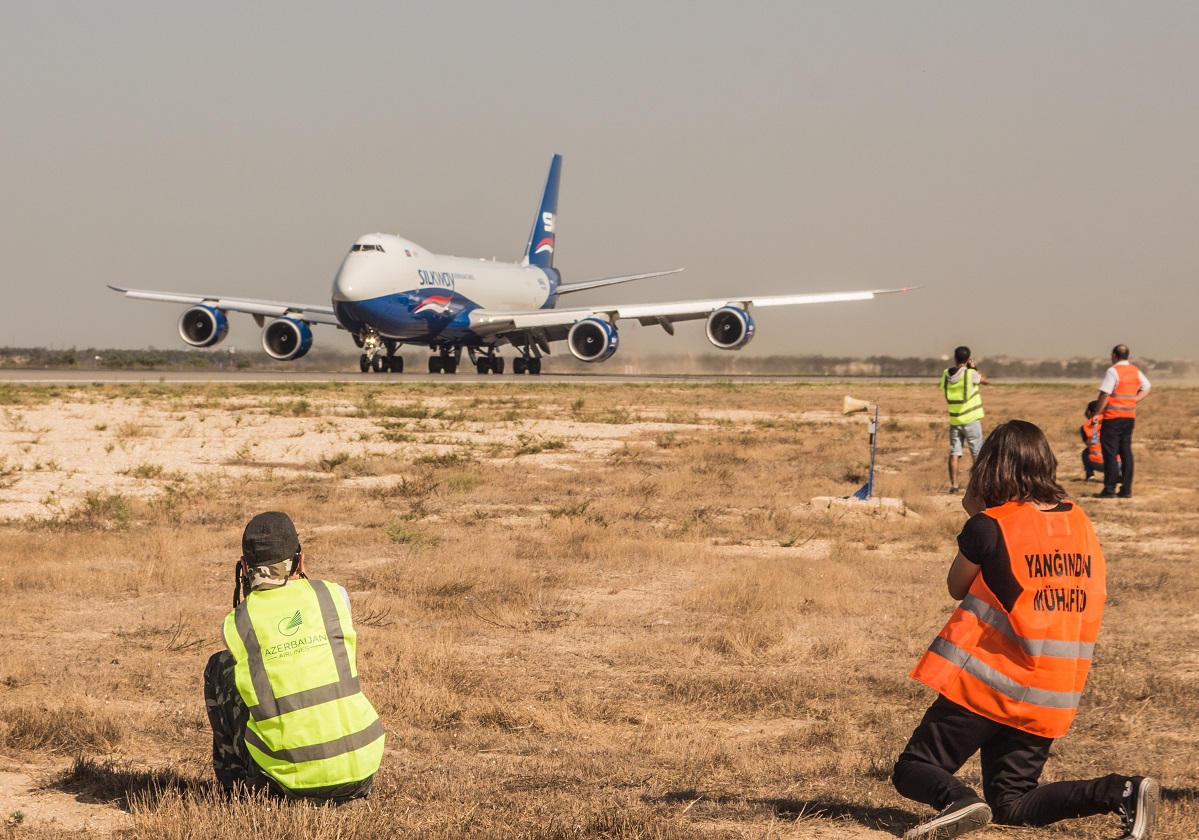 Not only is it banned to take photos here, but it’s not allowed to stay here either – and that’s certainly right. But I don’t quite understand why I wasn’t allowed to photograph the plane taking off while I stood at the roadside.

I encountered problems at the bus terminal too. It was a snowy day, so I removed my camera cover, just in case I happen to come across something interesting, because it usually snows for about 7 days a year in Baku. The bus terminal itself is of no particular value – it’s a gloomy, ugly building. Nevertheless, a policeman came up to me with a rather odd question: ‘Why are you taking photos here?’

Although I was surprised, I decided to avoid creating a tense situation and showed him all the shots I took. The policeman apologized and asked me to go upstairs to the security guard office. When I got there, they immediately started questioning me: ‘Which ‘organ’ (government agency-ed.) are you from?’ I could have responded ‘from the liver’, but I tactfully kept silent. Then they asked some other questions. Finally, they photographed me, my camera and ID. But they had to let me go, because the bus terminal photos weren’t eventually found. Despite that, I will never get any closer than half a kilometer to the bus terminal with my camera equipment. 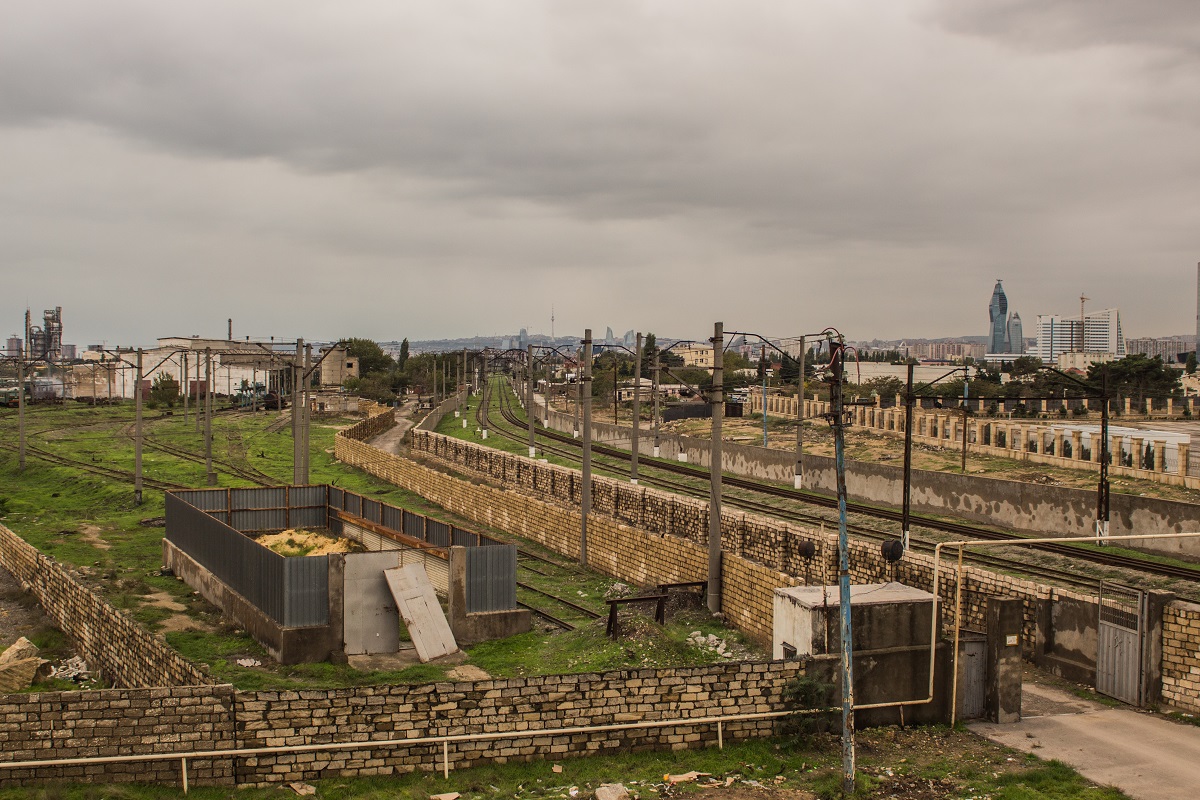 Any reputable photographer’s portfolio includes a couple of photos taken at a railway. There are entire photo-sessions sometimes organized there. But for that purpose, it’s better to choose an abandoned railway line, like, for example, Sabunchi railway station. If the railway is still operating, then a security guard, who is usually sitting idly in his tiny cabin, will gladly check, ‘whether you’ve photographed some state facilities or not’. And it doesn’t matter, whether you are photographing the railway station building or the railway tracks. 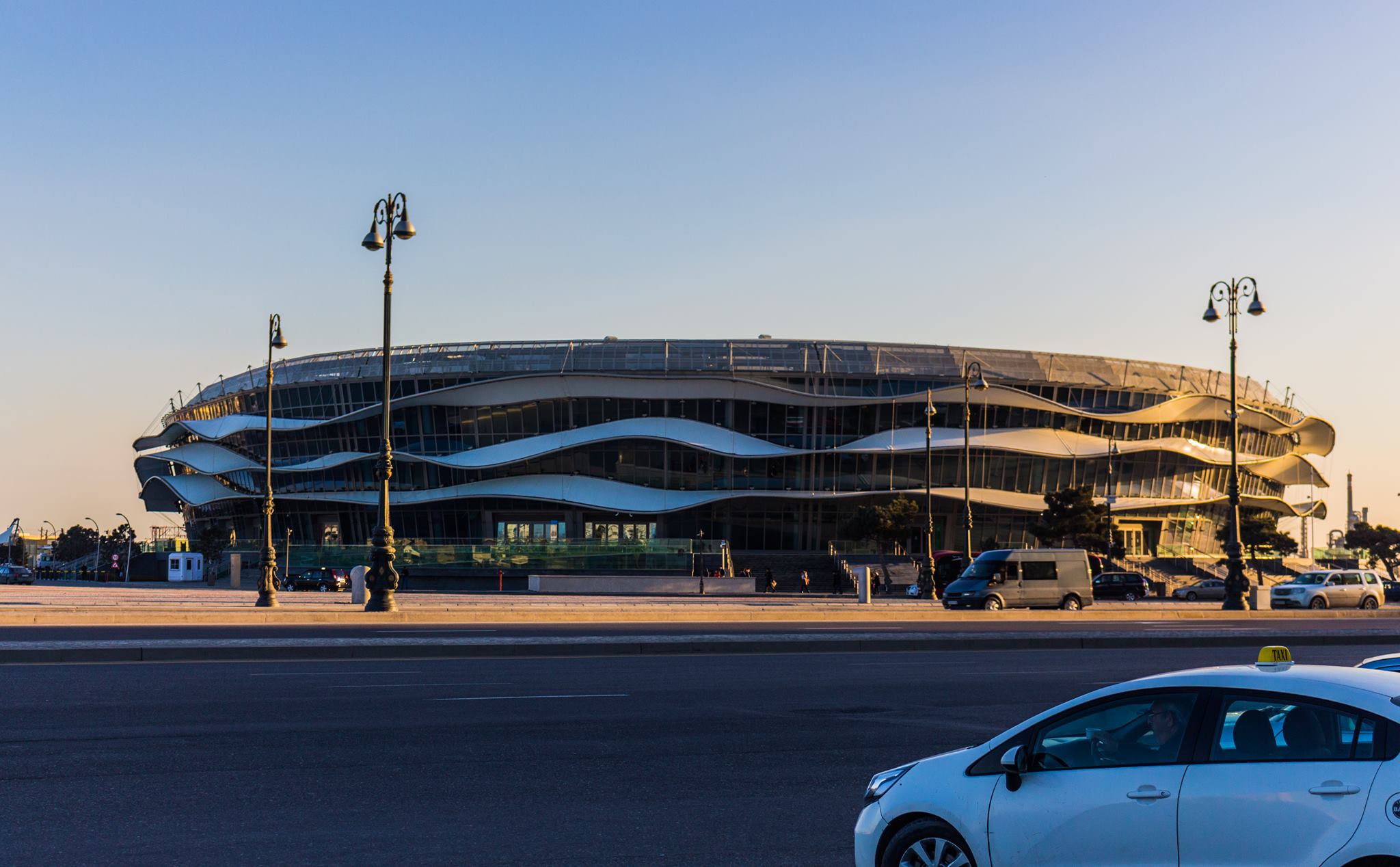 When drawing up this list, I would have never thought that I would include it. This huge stadium, located in a wide open area, was built for the 2015 European Games. Everything had gone smoothly until a security guard came up to me (while I was walking down the bridge adjoining the stadium) and told me, he’d received a radio dispatch about a guy photographing the stadium from the bridge. Having produced the evidence of my ‘innocence’, I finally dared to ask him a question: ‘Why isn’t it allowed to photograph this stadium?’ I can move farther and take as much photos as I wish.” And his answer was really a ‘stroke of genius’: “Well, it’s far from there, and here it’s close – so what if you capture something that shouldn’t be photographed?” It was a good argument, so I silently left. 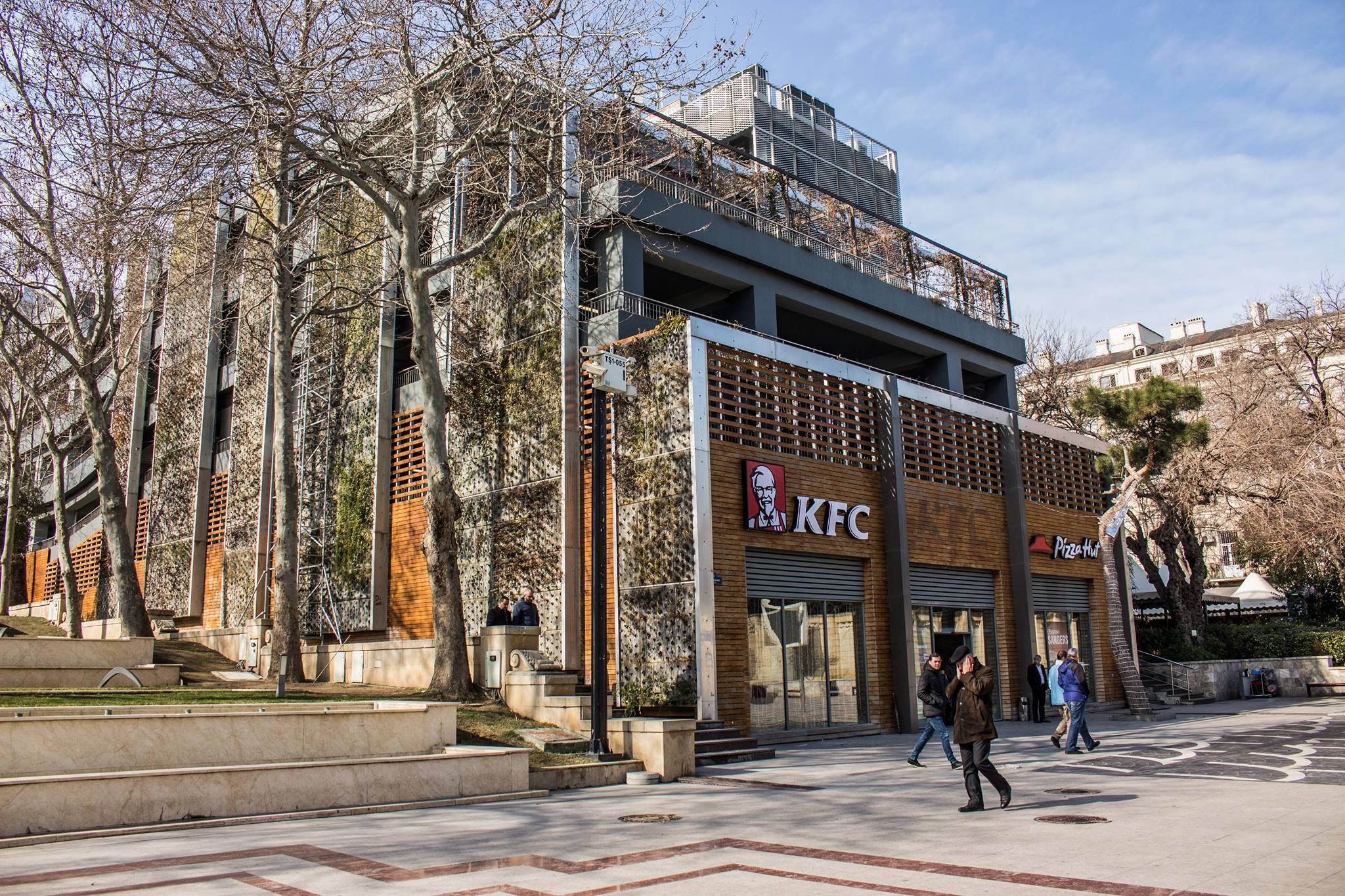 Take a look at this view of Fountains Square, Baku’s ‘tourist artery’.

And now forget it. Almost a year has passed since introduction of a ban on taking photos from the parking lot. Unlike the bus terminal, where they feared that I would photograph the object itself, this ban doesn’t make any sense, because I was going to take photos of one of the most ‘photographed’ localities in Baku. A guy of around 18 approached me and said that it was forbidden to take photos there, but if I objected, we would go to the administrator’s office. I decided not to risk it, but in the end I asked a question that caused bewilderment: ‘If I turn on the car dash cam and drive through all the floors of the parking lot, who is going to stop me?’ 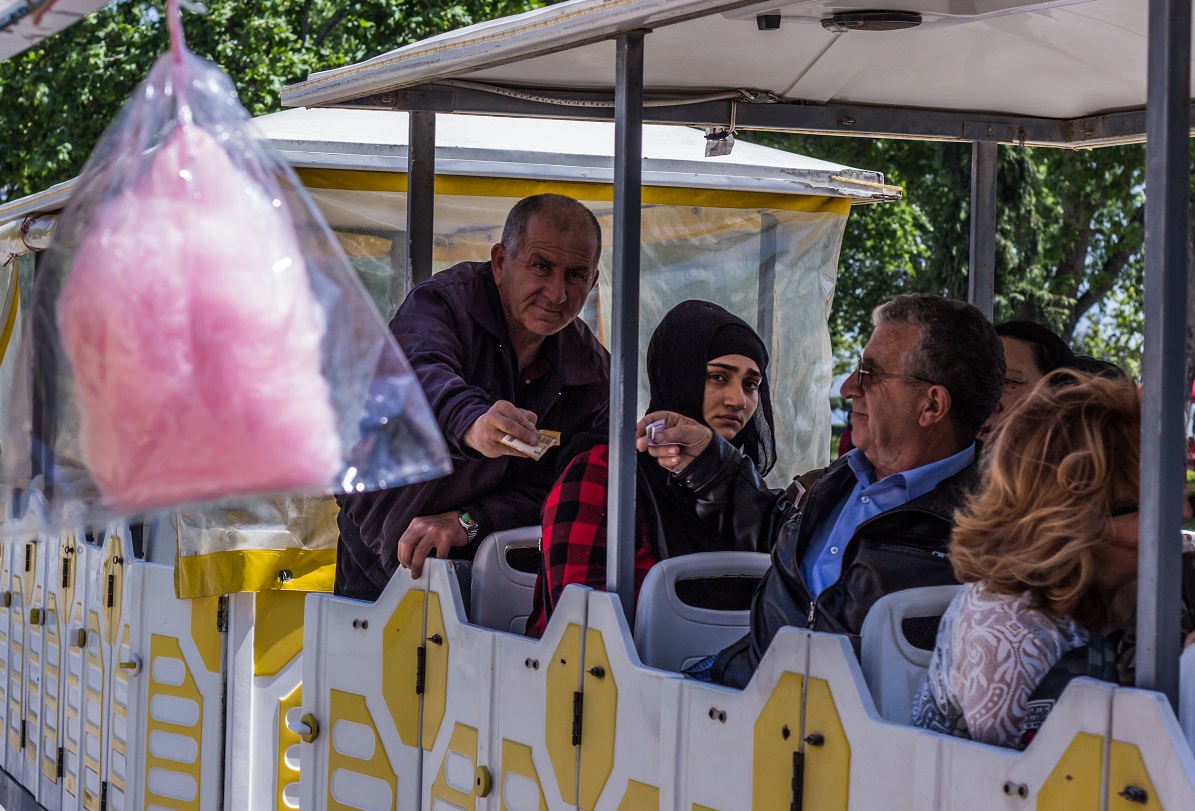 Photographing people in Baku is the hardest task. Random passers-by, who are on their way, hurrying about their business, are as afraid of the camera as ‘the demon fears the cross’. It’s not that they all of a sudden have realized the value of their personal space, but they are afraid, just in case, that ‘something may come out wrong’. People have become overly suspicious. Young ladies believe that getting captured in someone’s photo in the street is an indelible blemish on one’s reputation. What if they ‘Photoshop’ your image (for many, this word implies attaching your head using Photoshop to some ugly pornography). Therefore, ‘street photography’ is less developed in Baku, and it’s limited from a geographic point of view – it’s only at the very heart of the city where people with cameras are a common sight.

This ban is reflected in the law and is quite logical. Nevertheless, the enthusiasm with which people use their right not to pose for a photographer, sometimes plunges the latter into depression.