Araksia Hovhannesyan goes to the village center at least five times a day to bring home an adequate amount of water. She says her arms ache from carrying the heavy buckets, but there is little choice: there hasn’t been tap water in the village for three years already. The majority of the residents of the Gay community live in the same conditions. People, residing in the village outskirts, have to go approximately a kilometer to get to the well and the same distance is to be covered with the filled heavy buckets to get back. Drinking water is deficit in Gay village, although it is rich in water

From times immemorial, artesian spring water got to the Gay community by gravity. The village is located in the Ararat Valley lowland which allows for obtaining water without using a pump, simply by drilling a 100-150 meter deep well.

over the past ten years, the village residents noticed that the water pressure in the taps were decreasing. Eventually, the pressure dropped to a critical level and the taps dried up completely. A well in the center of the village now remains the only source of drinking water. Jointly with the village head, the village residents reported the water problem to different officials. Not having received any assistance, they decided to somehow solve the problem themselves. Since the village budget is limited, several families decided to drill a new artesian well at their own expense.

Given the fact that the water did not flow by gravity anymore, a pump was installed. Thus, the drinking water problem was partially resolved. However, the underground water level continued to drop and the new wells also dried up. Residents of dozens of other villages, located in Armavir region’s lowland area, faced a similar problem.

Some ten years ago, the Armenian Government declared the fishing industry as a part of agriculture, and the active construction of fisheries was launched. Businessmen were attracted by the Ararat Valley lowlands, where water necessary for fish breeding gushed out of fountains from underground. Thus, no extra costs for fish farming were required. It should be noted that a stream of fresh water is necessary for most fish-breeding. Farmers, engaged in fish breeding in the Ararat region, mainly bred trout and sturgeon. Water reservoirs and a water source are necessary for fish-farming. In spring, juvenile fish is put into water reservoirs. The fish is fed in the fresh water stream for a year and in autumn, when the trout weigh approximately one kilogram, get sold. Only start-up investments are required for fish farming, thus, with risks equaling zero, there is no problem with sales. These factors have made this branch attractive even for those in power. Many fisheries were set up in the Ararat Valley. Their capacity and water reservoir volume is directly linked to the number of artesian wells the farmers have at their disposal. According to professionals, 250-600 liters of water flows by the fountain from the artesian well per second, while a well hole allows for the pumping of just 60-100 liters per second.

The number of wells increased so much over the past few years, that 300-400 million cubic meters of flowing water was pumped annually from artesian wells that were used legally for fish breeding. Naturally, it had a negative impact on the underground water pressure.

First of all, fish breeding has affected agriculture in the highlands, as irrigation water is pumped there from 80-100 meter deep wells.
The pumping stations’ capacity has gradually dropped, and several wells have dried up. According to the village administration’s nature protection specialists, there are 600 deep wells in Armavir region, including 220 that are serving fisheries. Approximately 20 per cent of the 600 deep wells have already dried up, with the remaining 220 wells, used by fisheries, gradually drying up.

In 2013, the government decided to register all the wells used for fish breeding. The regional administration was commissioned with recording all licensed and illegal wells that were being exploited. According to the Armavir Governor, Ashot Ghahramanyan, it was expedient first to reduce water leakage, and then create an opportunity for its recovery.

The Artesian well preservation program was implemented upon registration in 2014-2015. Alongside the well preservation, special valves were used to limit the carrying capacity of some deep wells. According to the head of Gay village, Seyran Markosyan, the residents did not feel the effect of those measures, since the already dried up wells were mainly closed. They had not been functioning and had nothing to do with the fisheries. Metsamor, the head of the community, also confirmed that. Heads of the communities, affected by fish breeding, are indignant with the fact that they have no powers either to prevent drilling of new wells or to monitor the situation, namely, to control the actual number of wells, drilled by an entrepreneur, who has been licensed to drill one well hole.

In Armenia, a license for drilling a well and using water as natural resource is issued by the Ministry of Nature Protection. The license is issued for a year and extended annually.

Entrepreneurs are discontent with the terms of issuance of the license, since the ministry may extend it selectively. For example, under the license, Khachatur Karapetyan, an entrepreneur, operates four wells. After the license had expired he appealed to the ministry, but was told that two wells were subject to closure. According to Karapetyan, if they are closed, his continued work will be impossible. 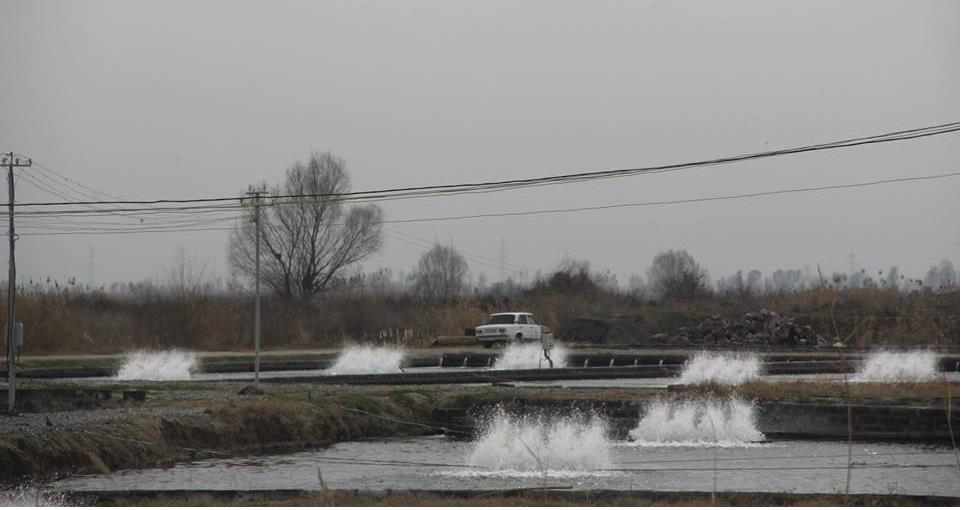 Khachik Avdalyan, a resident of Gay village, has been leasing wells in the village and breeding fish for three years. In his opinion, the problem is not that serious. According to him, he has not observed the water level drop yet and the use of wells by fisheries could not result in the lack of drinking water. Anyway, he has not noticed any water pressure fall in the village. At the same time, he joined 25 families that have drilled new wells for getting drinking water in his area.

According to Arkadiy, who is an employee at one of the fisheries, one can see by an unaided eye, that the water quantity is decreasing year by year. This is a problem for both the village residents and the fish farmers. Arkadiy says that, until the last year, his employers used 10 water reservoirs. This year, one of them was closed because of a lack of water and the quantity of fish has been reduced in other reservoirs.

The reporters were not allowed to enter five of the fisheries in Gay village without making any comments. 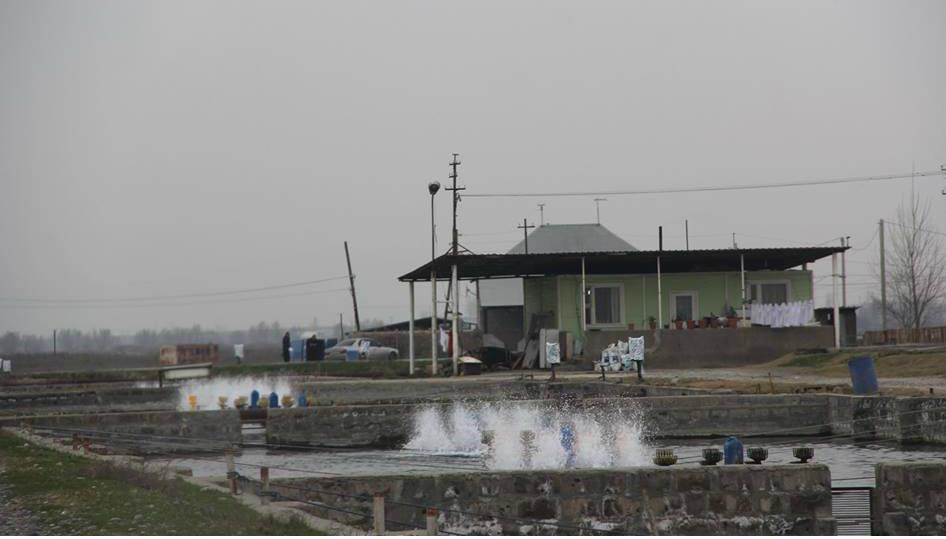 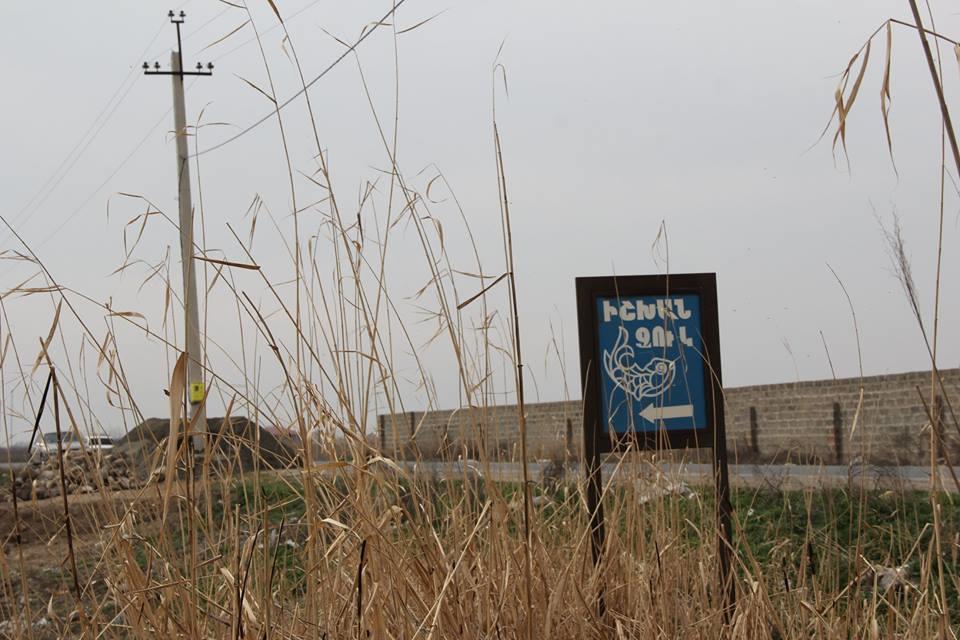 Seven entrepreneurs are operating in this community. At least five deep wells have been drilled on the territory of each of the fisheries. They belong to businessmen, MPs and other high-ranking officials. 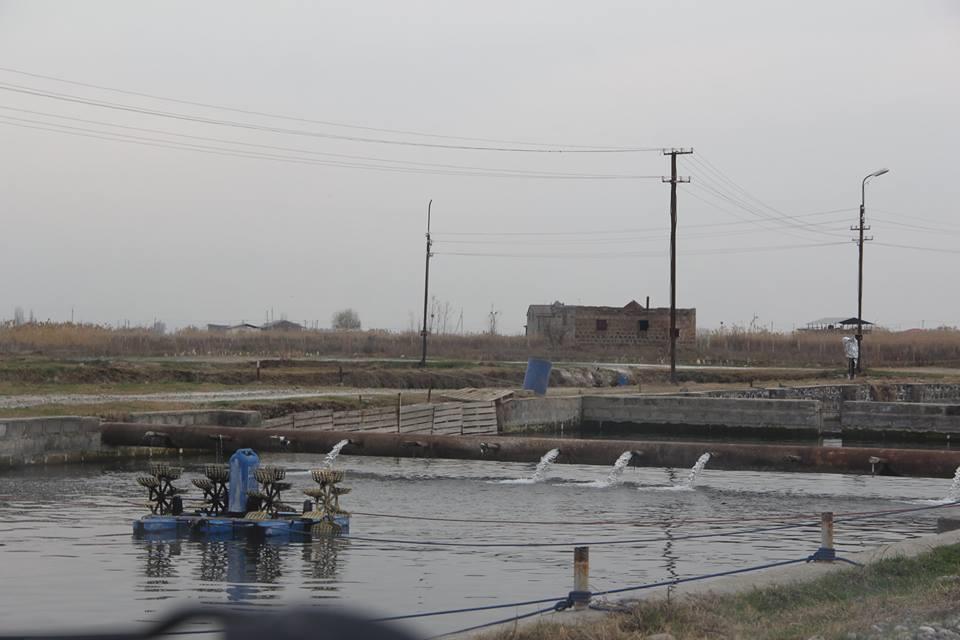 Khurshud Kocharyan, the deputy village head, has reported about the aforesaid. According to him, the pressure in the artesian wells has dropped and the village residents’ discontent is quite justified. He believes that four deep fresh water wells in the village dried up because the carrying capacity of wells in the fisheries was higher. They have had to install an electric pump at other wellheads to provide at least three districts with water.

How effective is the fish-farming in Armenia?

In experts’ opinion, the value of fish produced in Armenia is ten times less than that of the water used for it.
For example, 2000 tons of fish is produced in the Armavir region per year, with 400 million cub.m. of fresh water being used for that purpose. According to market prices, 1 kg of fish costs AMD 2000. The profit from the sale of 2000 tons of fish totals AMD 4 billion. Citizens pay AMD 200 for 1 cubic meter of fresh water. Thus, 400 million of cubic meters cost AMD 80 billion that exceeds the cost of fish 20 times. Until then, Arkasia is trying to persuade its’ neighbors to unite and follow other residents’ suite – to drill a deep well at their own expense. In this case, they will only need to bring drinking water from the village center.