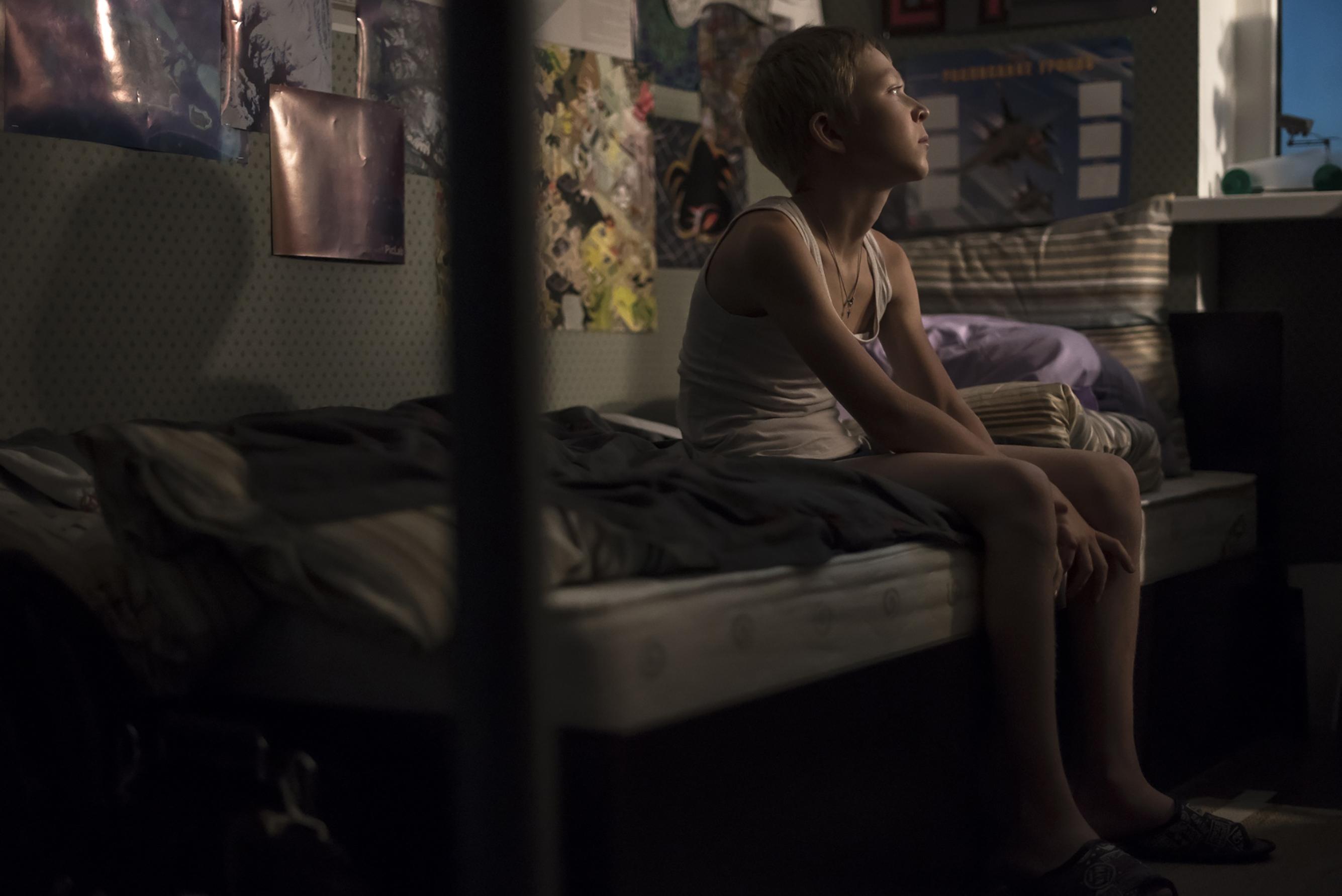 A new movie by the Russian film director Andrey Zvyagintsev titled “Loveless”, (Rus. Nelyubov) has won the Jury Prize at the 70th International Cannes Film Festival. The film will be released in Georgian cinemas in August. Film critic Ninia Kakabadze saw the film at Cannes at a release for journalists, and now shares her impressions with JAMnews. She says that the movie’s about emptiness that features the quality of “loveless” as the main character.

Andrey Zvyagintnsev is one of Russia’s most highly acclaimed film directors that continues to garner success at international festivals, which appears to be somewhat embarrassing for the Russian audience, as such a circumstance, while evoking a feeling of pride for their compatriot, also makes them justify the events described on the screen.

I know this feeling well. I experienced it when attending the Sundance Film Festival in the U.S. where Gela Babluani’s “Heritage” had won one of the awards.  At the award ceremony I was overtaken by a mixed emotion of joy and shame. The movie touchingly described a conflict between clans that sometimes translates into a form of vengeance known as a blood feud, which still exists in my country. The story shown in the movie reflected the reality of Georgia, and became the reason behind my embarrassment.

In each of his films, Zvyagintsev tries to reconstruct the Russian reality. Yet in contrast to Babluani, the genius of the Russian filmmaker rests in the universal nature of his stories, where people watch themselves in outrageous close-up on the screen.

Zvyagintsev speaks a lot about the film’s title in his interviews, saying that he doesn’t like the English translation-‘loveless’, as it fails to communicate the very essence of the idea. The Russian title of the movie is “Nelyubov” (not love) as opposed to the English-Loveless, which means “without love”. The original name is closer to hatred, as opposed to an ordinary lack of love, says the director.

A young couple with a seven-year old son, Alyosha, gets divorced. The woman stays with her middle-aged lover that’s single too, while the man dates a young light-minded girl. They know how they are supposed to sell and split the common housing space, but don’t know what to do with Alyosha who appears to be an unnecessary element in their lives. So, the parents consider the option of taking him to boarding school.

The parents do not love their child, which disappears in the first part of the film as he runs away from home. After that they team up temporarily in an effort to find the boy. However, in the course of their anxiety and crying, we watch the stories describing the loveless atmosphere in which Zhenya-Alyosha’s mother grew up in herself, how despotic her mother was, how she considered Alyosha’s birth a mistake, how reluctantly she delivered him and spent seven years with his father. 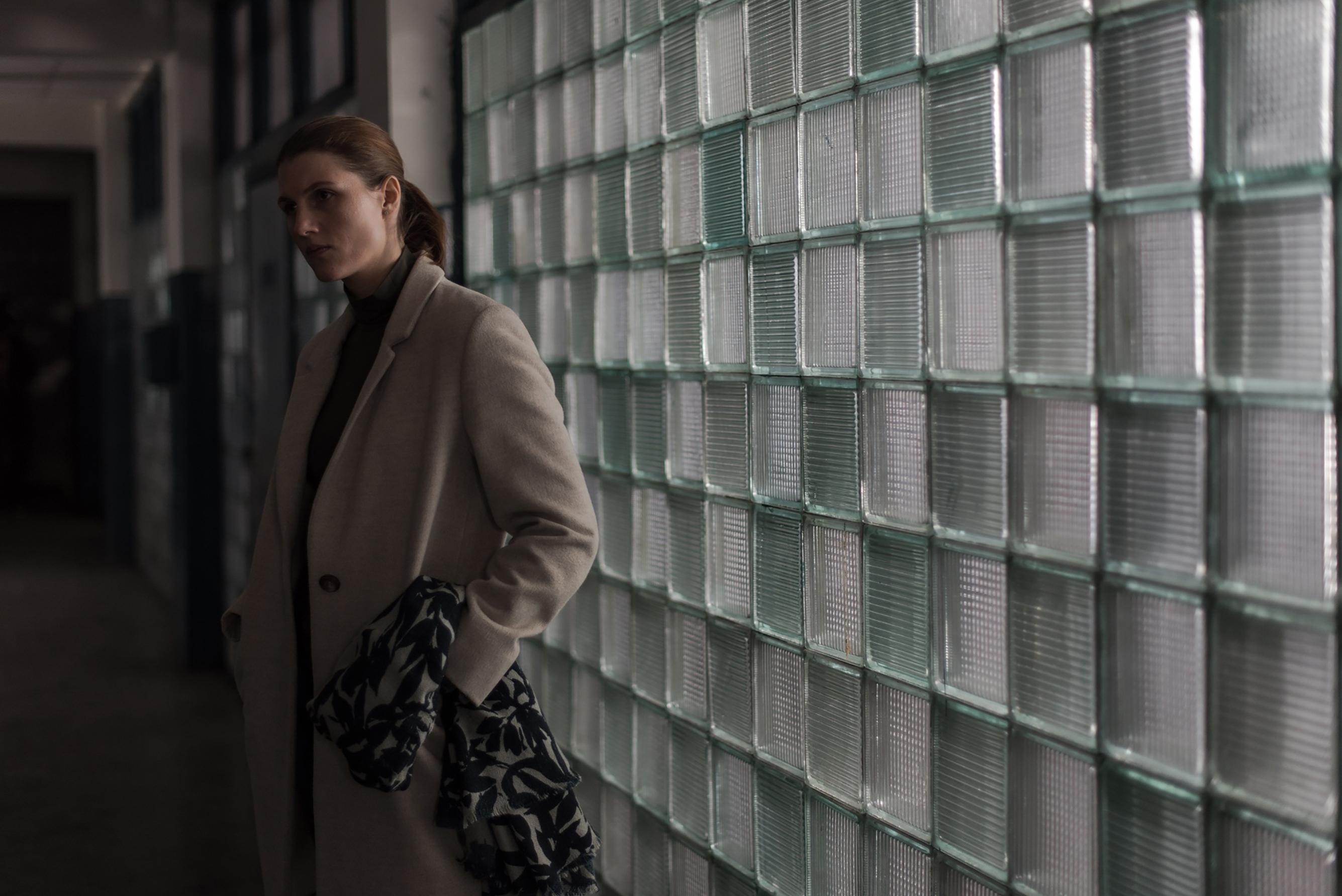 The attitude in “Loveless” is a leading motif and character depicting a certain side of us all, whether it be Russians or anyone else. Everyone that has suffered from a lack of love, has probably been in Alyosha’s or his mother shoes.

You can’t find a person unfamiliar with the feeling of being unnecessary or the shortage of love, even if only momentarily. All of us have had a wish to punish our parents by disappearing, or considering the child as a hindrance to personal development in life, or wished he had been given more parental care and love. These are the traumas that stem from childhood – the ones a person struggles with throughout his whole life. Cinematographers are pretty keen on this topic. A good example is Ingmar Bergman’s movies that employ childhood traumas with the subsequent repercussions as a basis for the plot.

That’s the distinguishing feature of Andrey Zvyagintsev’s “Loveless”. Once you see it, it stays in your memory forever.

The movie tells how each person contributes to the creation of a state and its context, as well as how an indifferent state makes the respective environment and people. And the element of “loveless” is something that unites Zvyagintsev’s characters.

Can you really survive and love the place where nobody loves and takes care of you?!

The police treat Alyosha’s disappearance with utmost aloofness, which symbolizes one of the images of the state. The officers say they can’t help as several children disappear on a daily basis, and that they are, therefore, unable to find everyone.

A group of volunteers joins the search. They are trying hard to find the kid, but something is lacking in their eyes – the compassion that comes from love.

Nobody likes each other in Zvyagintsev’s Russia, which applies to Alyosha’s parents, Zhenia and Boris, that neither like one another nor their lovers. In the meantime, Zvyagintsev demonstrates tremendous skill in portraying those “not loving” moments.

As you watch the lovers’ naked bodies on the screen, you notice how depleted they are of passion that goes hand in hand with love.

Zvyagintsev’s world is full of hypocrisy. The organization where Boris works doesn’t hire divorced people, dismissing them in the case of divorce. Boris’s boss is an orthodox Christian businessman who watches over the morals while keeping people in amoral hypocrisy. The office walls are studded with religious images, with saints overseeing the employees like older brothers. The reality of Boris and his fellow workers is shaped by the fear of losing their jobs and source of income.

“I don’t make films about “them”, but about us. You have to address the events that surround us”, says Zvyagintsev in one of his interviews. As a film director, he doesn’t expose the hypocritical, loveless, and decaying society as something “separate” existing in a parallel reality – and that’s his main virtue.

Despite showing the vicious face of his own characters, he still doesn’t hate them.

In the finale, Zhenya and Boris are already living a new life, in a new house, with new families. The child disturbs the father when he’s watching TV. He then “takes” the baby and “puts” him in the playpen. This little boy is yet another Alyosha for those people and society – a new generation that again grows in a “loveless” environment.

Russia stands still, no progress, no development.  And a direct metaphor of that is the movie’s last episode showing Zhenya on a treadmill in a tracksuit emblazoned with “Russia”. She’s neither actively running nor standing still, accompanied with the sound of news about Ukraine loudly pouring out from the room’s TV set.

In Russian, Zvyagintsev’s films are also criticized by “good Russians”, often referred to as the “second Russia”. They criticize Zvyagintsev due to the absence of a solution in his movies.

“He makes his film in agreement with the authorities,” the critics say, “thus promoting an even deeper rooting of nihilism, forcing us to resign to the idea of no solution, suggesting the people being the cause of all issues, and showing the pointlessness of struggle.”

At first glance, Zvyagintsev’s movies apparently show no exit. However, the realization of that deadlock, that bottom, is a key to the solution. It’s impossible for a living human to reconcile with total darkness and emptiness. It’s just impossible not get infuriated with it. Zvyagintsev’s reality begets no apathy but depicts and wakes us up with a Bergman-style close-up.