Human beings in focus alongside the cinema

Amidst the most unbearable summer heat, Yerevan sort of wakes up, starts communicating, talking, discussing and arguing. The ‘Golden Apricot’ is a real phenomenon. A small local festival takes place in the country that has failed so far to get its film production off the ground, which has a limited number of cinema houses, but still manages to bring the best films to the country (as quite a natural achievement), offering them to the audience as an occasion to start a dialogue.

How the society treats this achievement is another issue.

The ‘Golden Apricot’ is the only world festival which offers films that have won throughout the year at the film festivals in Cannes, Venice, Berlin, Rotterdam, Locarno, as well as at other prestigious film festivals.

The ‘Golden Apricot’’s funding has been reduced considerably in recent years and the organizers have cut down on extra costs. The costly tradition of inviting celebrities and paving red carpets to them has been adjusted. Interestingly, after the measure, the quality of films has improved and the role of the dialogue itself has crystallized; it has become more meaningful. 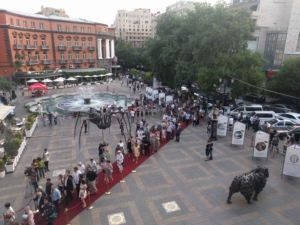 Generally speaking, the ‘Golden Apricot’ has positioned itself as a warm, cozy and hospitable festival, where guests are treated generously and are offered various sightseeing tours. This year the festival has assumed a new and, probably, more promising role. It has demonstrated both the conservative and progressive sides of the Armenian community.

The festival’s non-competition program – ‘Armenians: Internal and External Views’, which included two films on the LGBT issue, was cancelled. The Armenian Cinematographers’ Union refused to screen the aforesaid films, while the ‘Golden Apricot’, which was unwilling to split the pre-selected program, decided to remove it completely.

“As far as those two films are concerned, there were serious attacks and attempts to intervene. The festival couldn’t cancel its program on its own volition. That would mean that we ourselves amputate our own hand,” Harutyun Khachatryan, the ‘Golden Apricot’ director and founder, stated at the festival’s closing news conference.

This case helped to show the importance of an individual’s dignity and his/her free choice to society.

Armenia as a film consumer

Like it or not, you can’t get away from that. We still have to discuss those collisions (even the invisible ones that haven’t been formulated yet) between society and an individual, a person’s isolation and the society’s pain, the codes of the past and reassessment of the present, the life like on a smart postcard and a hellish reality.

A viewer gets a strong visual and conceptual charge when watching on a big screen, let’s say, ‘The Square’, a satirical drama about art and communication, produced by the Swedish filmmaker, Ruben Östlund. Or an elegant and shocking drama about a sociopathic couple – ‘On Body and Soul’ (by Hungarian filmmaker, Ildikó Enyedi), a winner of the Berlin Film Festival. Or ‘The Net’ by a South Korean filmmaker, Kim Ki-duk, about a small man and a state system with huge ambitions. Or Francois Ozon’s erotic-psychological thriller ‘The Double Lover’. Or ‘A Gentle Creature’ by Sergey Loznitsa, in which a patient and humble heroine is trying to understand the logic of the prison system.

A human being and his/her environment is the core of all those world premieres. A person, a seeker, for whom it’s hard to find a place in this world, because a constant struggle ‘to obey / protest’ never stops for a second in him/her.

A film, which has won in the ‘Feature Film’ nomination this year, is also very symbolic.

‘Sexy Durga’, a drama by the Indian director, Sanal Kumar Sasidharan, hasn’t and will not be screened in India. Hugh Hudson (UK), the Chairman of the International Feature Film jury, said: “Any kind of state censorship is unacceptable and I would be happy if as many people as possible could watch this film.”

The film characters set out on a horrendous journey from one part of the country to another, and throughout that time the viewers are haunted by a feeling of anxiety. There is violence and danger in the air, in the thoughts, and even in ancient traditions.

The jury of the International Film Critics’ Association, FIPRESCI, recognized ‘A Man of Integrity’, a 2017 film by Iranian Mohamed Rasoulof, as the best film of the year. The film character faces rampant corruption and tries to preserve not only its own house and a fish farm, but also human dignity. Sometimes it’s harder to surrender than to struggle…

Armenia as a film producer

In fact, the audience in Armenia is much better than the national film industry.

The ‘Golden Apricot’ has been existing for 14 years, and throughout those 14 years there have been ongoing disputes on whether Armenia needs the film festival or not, especially as the film industry in the country has derailed, and is often outdated both in terms of ideas and quality.

‘What about Armenian films?’ – that’s another question that has been added to the film festival’s most topical one: ‘What to watch today?’ (that’s the question that absolutely unknown people traditionally ask each other and get rather comprehensive and emotional responses).

The films included in the ‘Golden Apricot’s ‘Armenian Panorama’ program are not the best ones, but rather those in production wherein Armenians have been involved one way or another. As a rule, it’s a bit of an awkward competition with a non-strict qualifying round.

Susanna Harutyunyan, the ‘Golden Apricot’ Artistic Director, often says that the festival is a ‘bridge’ between the international mainstream cinema and the Armenian film producers who are getting off the ground. Many programs, master classes and joint project discussions are aimed exactly at the development of the Armenian cinema. 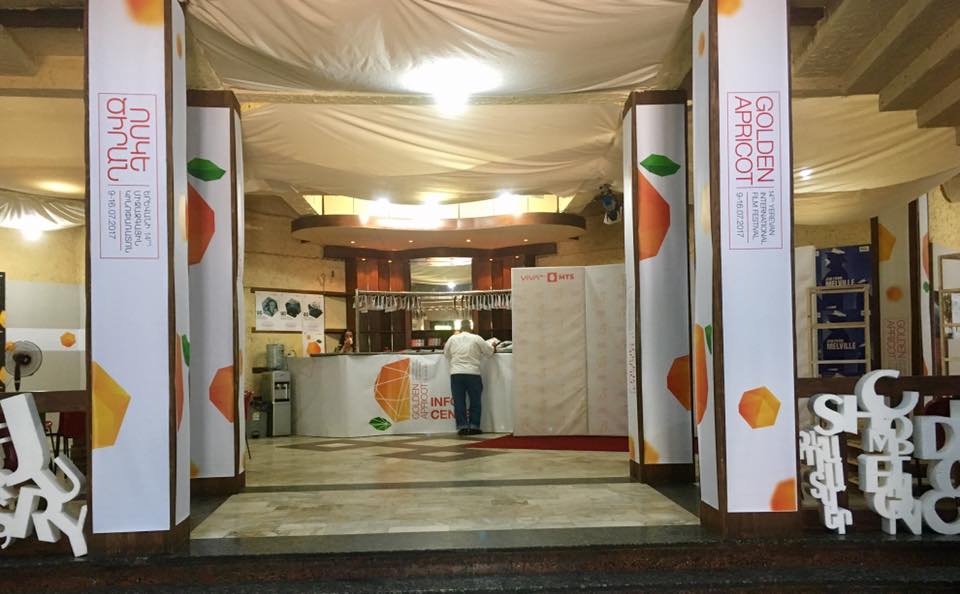 ‘Donald Cried’, a film by Chris Avetisyan, an American director and screenwriter of Armenian origin, has been recognized as the best Armenian film of the year. It’s a low-budget chamber drama about two friends who brought their childhood pain and complexes into their adult lives.

First of all, the film is distinguished by its strong script, which seems to have originated from the best examples of English drama.

Tamara Stepanyan, a French filmmaker of Armenian origin, has been recognized as author of the best documentary, screened as part of the ‘Armenian Panorama’. Her work ‘Those from the Shore’ tells viewers about the lives of immigrants. People travel to Marseilles in search of a better life, but they fall into a bureaucratic and psychological trap. And there is no salvation…

But there is a choice.

And it’s the best message that the ‘Golden Apricot’ conveys to viewers, Armenian filmmakers and festival guests.

The possibility of free choice allows for the exclusion of compromises that oftentimes destroy art, turning it into a soap bubble, and a viewer – into a victim.

So, this year, the ‘Golden Apricot’ facilitated discussions not only around cinema, but also around human beings as such.