Georgian schools in South Ossetia are switching to Russian 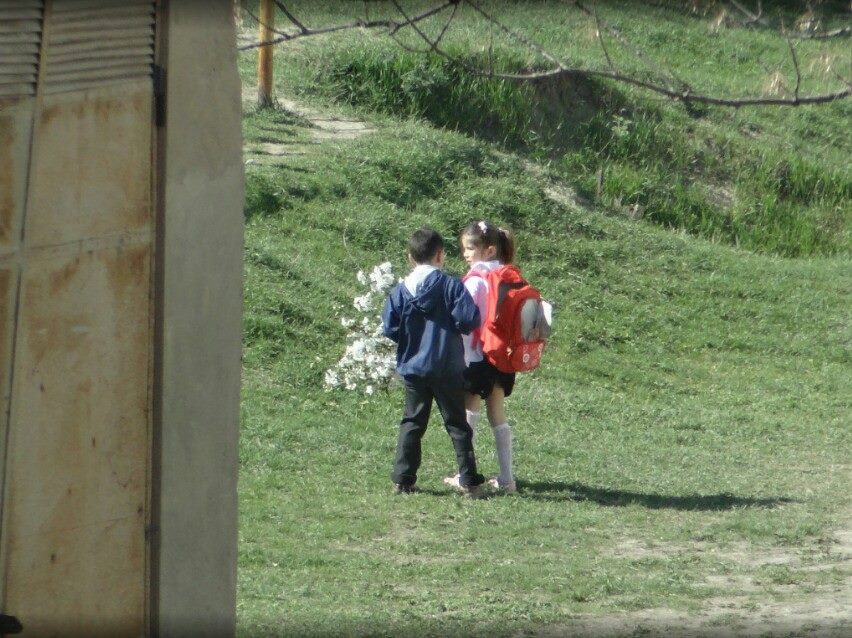 In South Ossetia, a decision has been made to end the concept of ‘Georgian schools’, replacing them instead with intensive studies of the Georgian language in Russian schools. Most of the Georgian schools are located in the Leningor district, which until the 2008 war, was under the control of Tbilisi. The Georgian name for this district is Akhalgori. All classes will gradually transition to Russian and Ossetian languages for instruction, and to a Russian curriculum. This year, the changes have only affected primary classes, which have only about 25 students.

[su_pullquote]“This decision will only serve to improve prospects for ethnic Georgian children.”[/su_pullquote]

The Minister of Education in South Ossetia, Natali Gassieva, told reporters that this decision will increase prospects for ethnically Georgian students, as they will have the opportunity to continue their higher education at South Ossetian State University, and will also be eligible for the quotas allocated to South Ossetia at institutions of higher education in Russia. In Tbilisi, this plan is considered to be discriminatory.

Concerns have been expressed that restrictions on obtaining education in their native language will force ethnic Georgians remaining in South Ossetia to leave their homeland.

The State Minister for Reconciliation and Civil Equality of Georgia, Ketevan Tsikhelashvili, commented on the decision, recalling similar changes in the Gali district of Abkhazia where there’s a dense population of ethnic Georgians.

Go to top
South Ossetian authorities and local experts both insist that there will be no discrimination against Georgians.

“The population of the Leningor district should finally feel like part of South Ossetia and not Georgia. We will not by any means prohibit the use of the Georgian language, that would be positively wrong. We live in one state, we are fellow citizens and brothers, common people of one state. We are one community, which must unite to develop and move forward together,” the head of the republic, Anatoly Bibilov, told reporters.

K osta Dzugaem, a well-known political analyst in South Ossetia, and director of the Intellectual Resources center, wrote on his Facebook page:

“Recently, a colleague from Vilnus, Arkady Nehamkin (and several others), turned to me with an insulting question about our government banning Georgian schools in the Leningor district, comparing it to the ethnocratic regime in Lithuania, which prohibits Russian schools.

“I’m informing you, colleagues: … Georgian children have the right, and opportunity, to study their native language.”

Dzygaev wrote that in the region, 4 to 5 times more Georgian children attend Russian speaking schools than Georgian ones: “Parents understand that fluency in the Russian language will provide greater opportunities in life.”

“Until this year… it was an awkward situation: in Georgian schools, they were studying according to Georgia’s curriculum, therefore graduates left the Republic of South Ossetia, so we were financing the education of a neighbouring hostile state.”

In Dzygaev’s opinion, South Ossetia is only trying to keep the local tradition of multilingualism.

“It has always been taken for granted that we are fluent in our native Ossetian [language], [have a good comprehension of] literary Russian, good conversational Georgian, and a majority of people [who] are quite fluent in English.”

Go to top
A population census in South Ossetia, which was conducted in 2015, shows that 2,337 ethnic Georgians live in the Akhalgori [Leningor] district, which makes up 55% of the district’s population.
Go to top

Coronavirus in the Caucasus. 8 new cases in Georgia, bringing total to 214. Live updates

Coronavirus in the Caucasus. 8 new cases in Georgia, bringing total to 214. Live updates