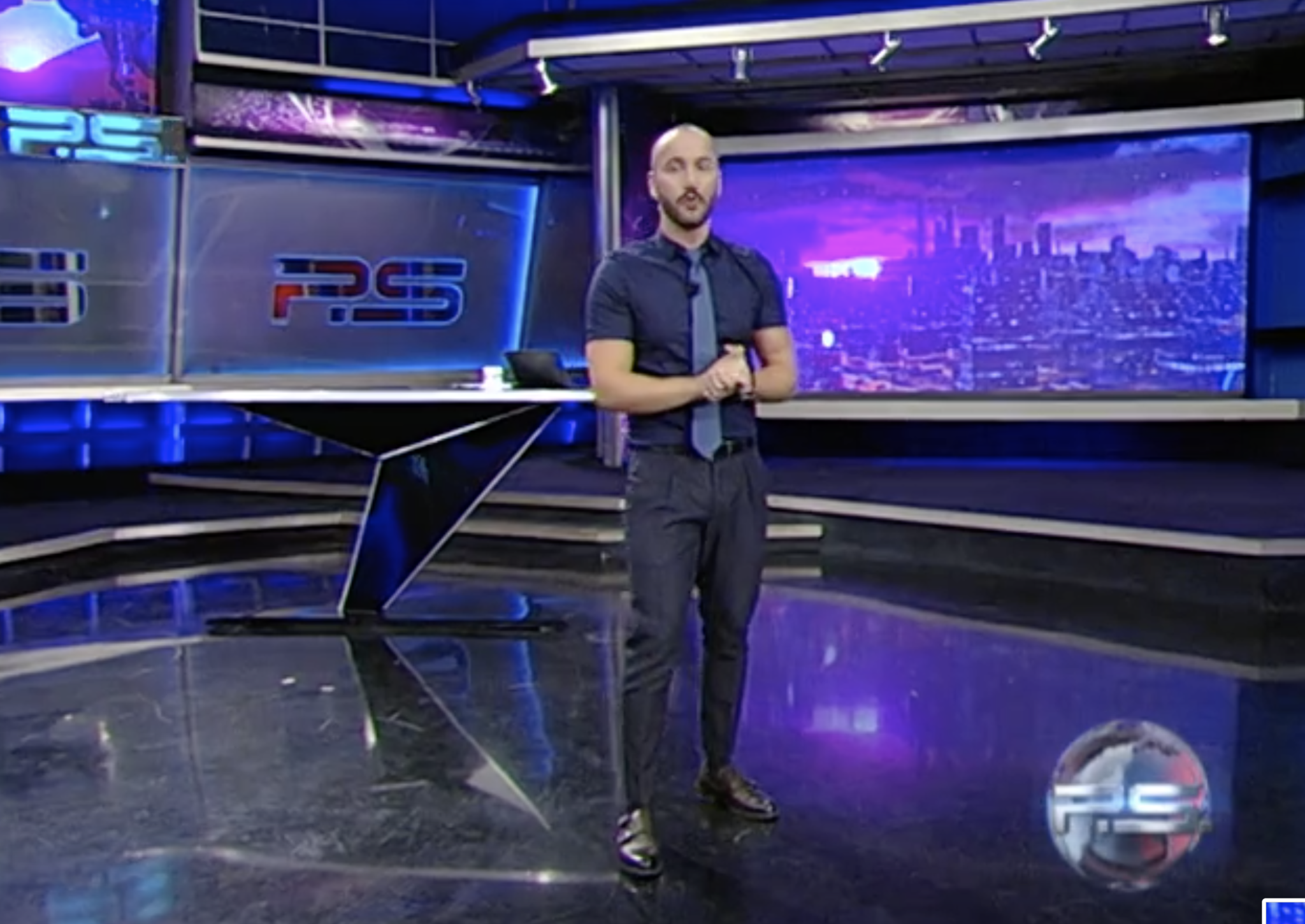 Tension between Russia and Georgia continues to brew after Georgian TV channel Rustavi 2 anchor Giorgi Gabunia cursed Russian President Vladimir Putin live on the air in the evening of July 7.

Gabunia opened his show by cursing Putin in Russian for more than a minute on his show Postscriptum on Sunday evening, and even mentioned the president’s mother.

Rustavi 2 had to temporarily stop broadcasting late in the evening of July 7.

Director General Rustavi 2 Nika Gvaramia made an emergency statement live and apologized on behalf of the television company.

“What was in the PostScriptum programme is not the editorial policy of the channel … We will definitely discuss this issue as part of self-regulation and will definitely make an appropriate decision regarding the author,” he said.

Shortly after the airing of the program, a spontaneous protest rally of citizens dissatisfied with the statements of the journalist began near the television building.

Representatives of ultra-right organizations, such as the Georgian March, whose leaders are known for their anti-Western rhetoric and aggression against national and sexual minorities, called for a rally at Rustavi 2.

The protesters demanded that the authorities close Rustavi 2 and punish the journalist. Protesters said Gabunia had provoked the president of Russia, and that the matter could lead to a new war with Russia.

Rustavi 2 suspended its broadcast because of the threat to its journalists, however resumed on the morning of July 8.

The president, prime minister and other members of the government were made the same night

“We strongly condemn the statements used by the Rustavi 2 TV company, which have nothing to do with freedom of speech and are pure provocation,” the Georgian Foreign Ministry said in a statement

The Georgian Foreign Ministry called on the international community and all international organizations working on freedom of speech issues to “give a proper assessment to the behavior of the television company and the particular journalist who grossly violated international professional norms and standards.”

President Salome Zurabishvili tweeted that she “unconditionally condemns the incitement of hatred and verbal aggression.”

“They (the statements of the journalist) are contrary to Georgian traditions and serve only to separate and increase tension in the country,” said the president.

“This is a war of provocateurs against their country, a dirty and disgusting game with the security of the state and citizens,” said Georgian Prime Minister Mamuka Bakhtadze.

The TV presenter’s obscene language was also criticized by the Georgian opposition, but they also opposed the authorities’ interference in the activities of the television company and any threats against freedom of speech.

The opposition and several pundits have also sharply criticized the reaction of the authorities.

“Why did these people gather outside Rustavi 2 building? What are they afraid of?  War? Does anybody seriously think that because of the journalist’s tirade a war can start? Are they afraid of the president, the prime minister and the foreign ministry?  What the journalist said was completely unacceptable, but because of this, wars do not start. In this country, freedom of speech is guaranteed by the constitution.”

“Calm down, comrades, in world history there has never been a war that started with the swearing of one journalist,” wrote political commentator Gia Khukhashvili on Facebook.

Publicist Zaal Andronikashvili called the Foreign Ministry statements “the most disgraceful in the entire history of Georgian diplomacy.”

However, there are others who demand in investigation into the case.

Political analyst Khatuna Lagazidze believes that “this was a provocation by a journalist, directed against the independence of Georgia.”

“We urgently need to start an investigation into this event. I think it was not just an emotional performance. We urgently need to investigate who ordered Gabunia to make the statement, after which Russian troops could enter the country. The authorities should not be limited to statements that this was a provocation. Let them start an urgent investigation,” Lagazidze told the Kviris Palitra newspaper.

Gabunia’s monologue was condemned by many Georgian journalists, stating that this his behavior is contrary to the principles of the profession.

A special statement was made by the Charter of Journalistic Ethics of Georgia.

It states that the “unethical statements of Rustavi 2 harm other Georgian media and reduce their credibility.”

However, the authors of the message also emphasize that the situation with Rustavi 2 should not lead to a restriction of media freedom.

“Such unethical and irresponsible statements inflame impulses of the authorities to restrict media freedom … especially since recently high-ranking officials and other public figures have repeatedly taken initiatives to reduce self-regulation in the media,” journalists fear.

At the moment, the clip with the obscene monologue has been deleted from YouTube due to the site’s policy regarding content containing foul language and hate speech.

It is also not on the website of the Rustavi 2 television company.

At the end of June, mass protests took place in Tbilisi after Russian MP Sergei Gavrilov addressed the Interparliamentary Assembly on Orthodoxy from the chair of the speaker.

The Kremlin said that the ban will be lifted when a “non-Russophobic situation” is observed in the country.