Georgia will soon transition to an accumulative pension system: pros and cons 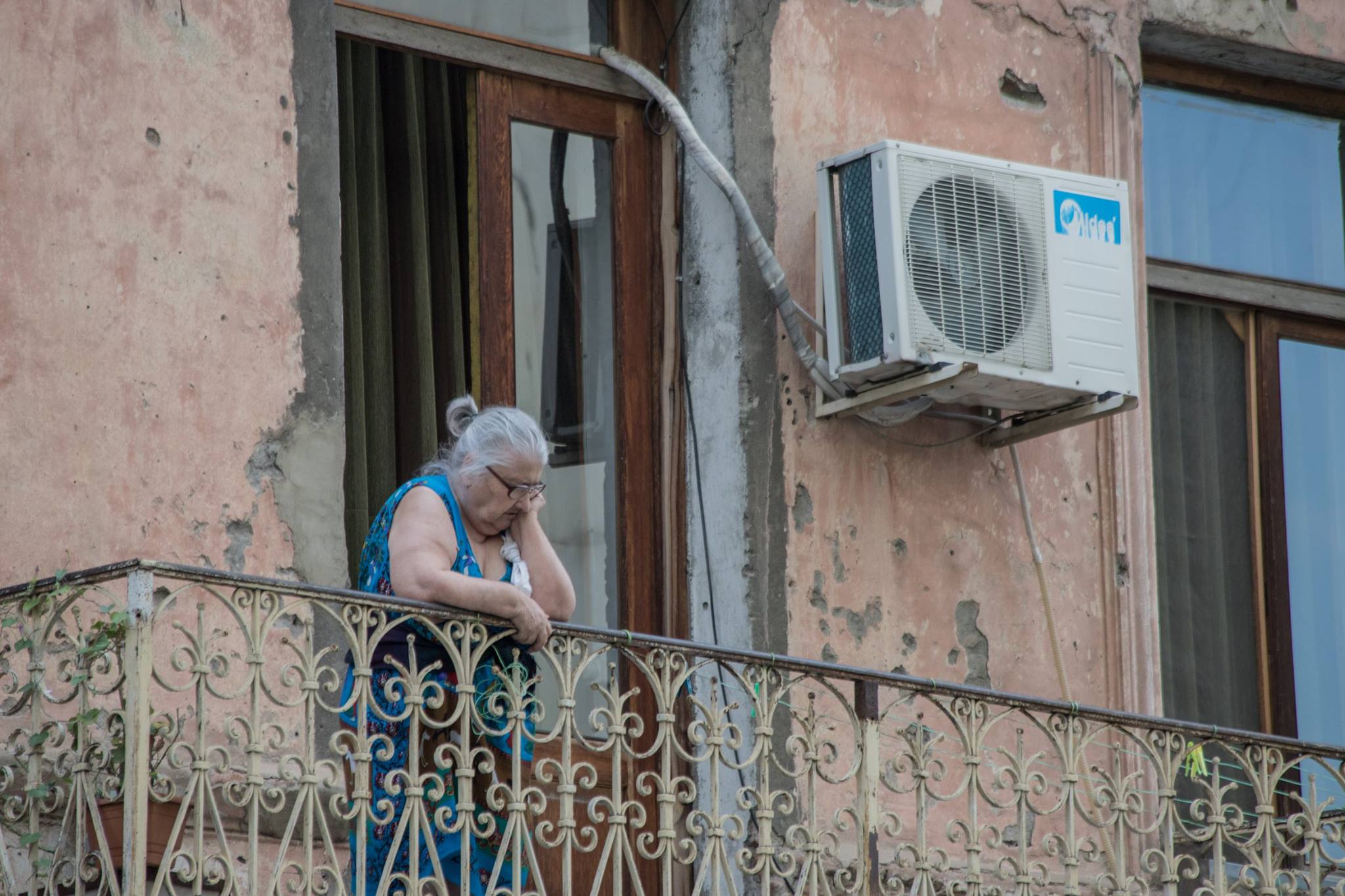 Starting on 1 January 2019, Georgia will launch an accumulative pension system. When accounting for its necessity, the Georgian authorities rely on two arguments: the new system will allow pensioners to receive a higher, more livable pension, provide for them in their old age and also take pressure off the state budget.

The system is only mandatory for some. Citizens older than 40 years old will be able to choose whether they want to buy into the new pension system or not. Those younger than 40 have no choice: the law dictates that they will have to pay into the pension fund.

All employed individuals will pay into the fund. Those that are self-employed will be able to choose whether they want to participate. The reform has both supporters and opponents.

JAMnews offers commentary from both sides: 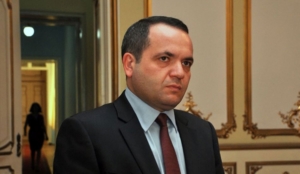 Argument 1: The system leaves no choice

The accumulative pension system must exist, but in a voluntary form. A person must save money if they have the possibility and desire to do so. An individual must choose whom they will entrust with their savings: to give it to the state pension fund, to buy gold, to purchase cryptocurrency or a home. The new system deprives people of this possibility.

Argument 2: the accumulative system does not give any guarantee of a decent retirement

The mandatory accumulative system would be justified if it could ensure citizens a decent retirement. The problem is that people will not receive a decent pension according to this system. Let’s look at the calculations made by the international economic school ISET: a 40-year-old woman who receives a salary of 600 lari will, 20 years from now, receive only an additional 70 lari on top of the standard 180 lari. Can 250 lari provide for a person in their old age by today’s standards? In implementing this system, it would seem that we are telling people: you are poor today, but when you retire, you will be even poorer.

Argument 3: Savings in the pension fund are not protected from risks

Another problem: where will the pension funds be held? According to the govenment’s plan, the pension fund must purchase treasury bonds. This means that the money will be used by the government, but nobody knows how exactly, and what this will mean for pensioners.

Moreover, there are a number of examples from across the world in which pension funds have been misused. In 2016, for example, the director of the Brazilian coinvestment fund was arrested for stealing 2 billion dollars from the pension fund. The directors of pension funds in Kazakhstan and Korea have also pinched serious money. There are also problems in countries where the crime level is low, and where pension funds are handled more or less responsibly. The obligations of pension funds in Germany, Italy, the UK, France, Spain and Portugal are triple the size of the economies of these states.

For that reason, these states are forced to either raise the retirement age or to fluff up the pension fund from the state budget. This is a path towards political tension and economic crisis.

According to official data, 824 thousand people are employed by hired labour. Around 577 thousand of them do not receive more than 600 lari a month. Now, these low-income individuals will also have to start saving for their futures in addition to buying food, pay for utilities and other daily expenses. The reform will further exacerbate their current situation.

The pension plan offered by the government means taking two per cent of their salaries for the pension fund, in addition to the additional four per cent from the employer and government. When we force an employer to give the equivalent of two per cent of an employee’s salary, he will take the two per cent out of the worker’s salary, or he will simply not raise his salary. People in worsening social and economic conditions will not get anything out of this.

Argument 5: the level of unemployment will rise

Launching this pension programme will lead to an increase in unemployment among the youth. Official data shows that the level of unemployment is highest among people younger than forty. Given the fact that the new pension system forces employers to pay two per cent of a worker’s salary, it will prompt employers to hire people over forty who have the right to refuse to participate in the pension programme.

Argument 6: today’s pensioners will remain outside the system

The reform gives nothing to current pensioners. Many pensioners believe that the reform will bring them a higher pension. However, those who have already retired will receive nothing. An explanation to the amendment presented to parliament says that the number of pensioners is steadily growing and the basic pension system is becoming a burden for the state, and thus people must begin to save for themselves. This can be taken as an only slightly-disguised statement by the government that the basic pension will either not grow or the growth will be insignificant – that is, 10 – 20 lari, and given inflation, this equates to almost nothing.

Mirian Gogiashvili, member of the advisory council of the Partnership Fund, former minister of finance 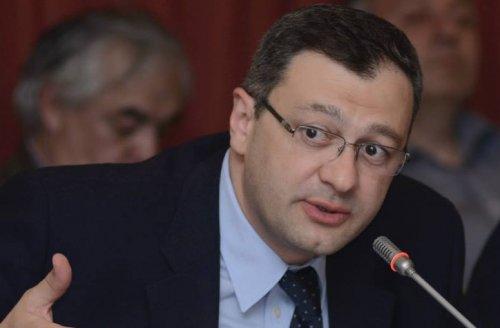 Argument 1: The system has been proven to work in many countries, no alternatives

Argument 2: Georgians can’t save, and that’s why they should be forced to do so

Argument 3: The pension system is liberal and will not be a heavy burden on the employed. Money will go into the pension fund from both the employer and the state

The state has done everything necessary to make sure that putting money into the pension fund will not be an additional burden for people. Because most people do not have high salaries, a liberal plan was drawn up. A worker will pay two per cent of his salary, and the state and employer will each contribute another two per cent. It would be difficult to come up with a more acceptable plan. I like this part of the reform the most.

Argument 4: The new pension system will not affect the work market and will not result in an increase in unemployment

The claim that employers will want to hire people older than 40 in order to not pay the two per cent into the pension fund does not hold water.

If a person is ready to work for lower wages than we have today, that is not a mistake of the pension reform. One could complain about the qualifications of workers and the market. If an employer sees that a worker is ready to work for 800 lari instead of 1000, he will of course slash his salary, and it doesn’t matter if this takes place because of pension reform or in the payment policy of one or another company. If an individual has alternative possibilities that are better paying, they will go there. If it is more advantageous for an employer to take someone older than 40 years old, then he will do so regardless of the launch of the new accumulative pension programme. That is why this argument is unfounded.

Argument 5: pension funds will be kept in a bank for better reliability

Regarding the claim that the management of the pension funds will not be free of risks: Business and the economy work as a whole in a cyclical fashion and all prices are in flux: there are periods of ascent and descent in an economy, recovery and recession. Problems can appear at any point. Economic crises often take place on a large-scale, and savings, be them held in local or foreign currency, can often be hurt. The reliability of savings in such cases depends on the level of the qualification of groups that control these sums of money. If we decide that the government can’t be entrusted with such money, then why do we even pay taxes? The main thing is to realise what it is we want, and then to move towards properly managing these resources. For many, the argument that there are no guarantees that the government will be able to properly handle the pension fund doesn’t hold water. Do we have a guarantee that the dollar, gold or pound will not lose strength? In order to best secure the reliability and security of the pension fund, it should be kept in a bank. The banking system is one of the most developed sectors of the Georgian economy. International rating companies highly assess the activities of our commercial banks.

In my opinion, one of the main drawbacks of the law on pensions at this point is that the pension fund will, for the first few years, be only within the banking system. But, unfortunately, there is no other way. The reform must be carried through. Only the banking sector can properly handle the money. This is the best decision that the government could carry out as of today.