Letters from prison: liberty, captivity and those involved 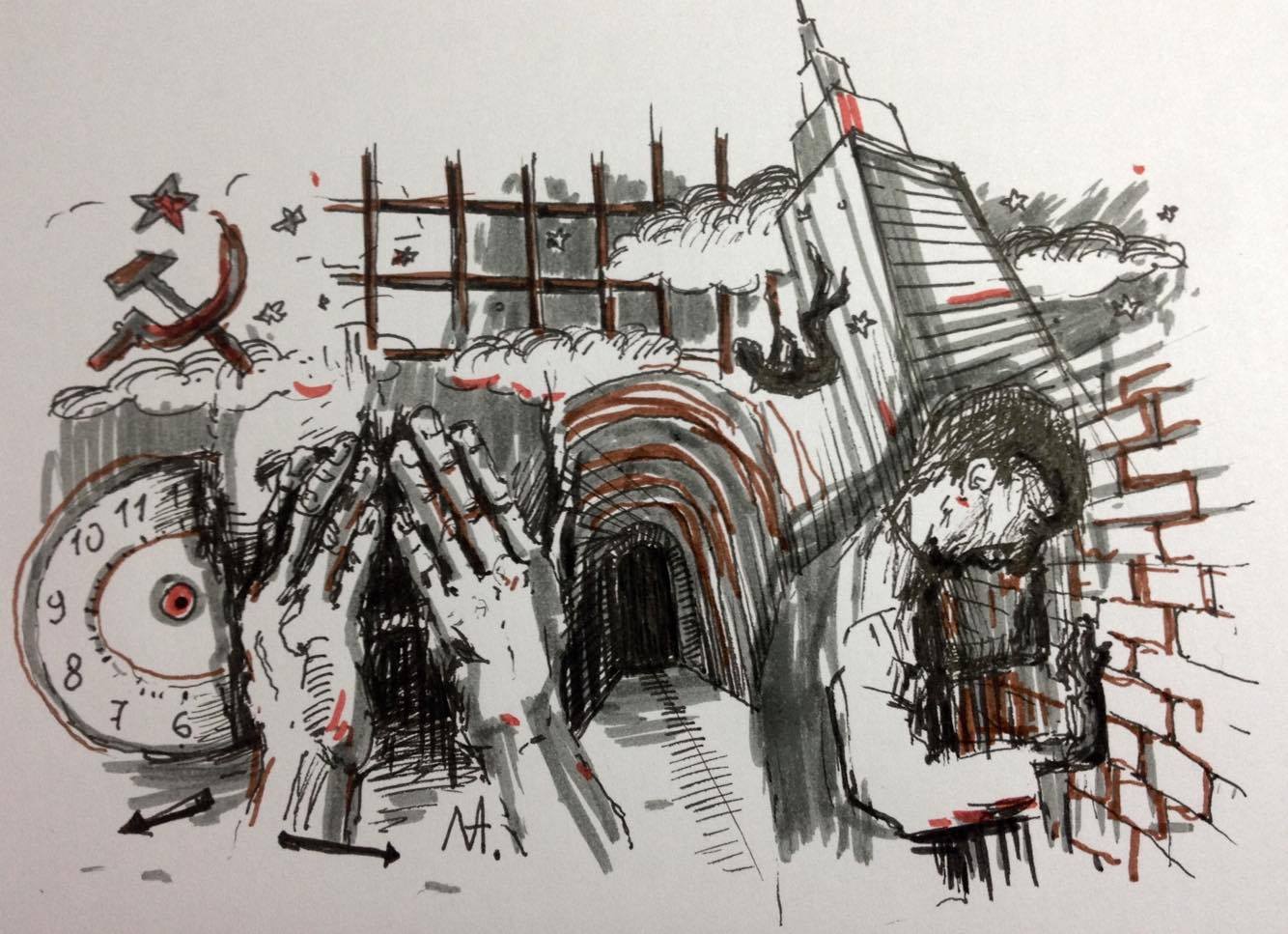 [su_quote]‘Letters from prison’ is a new JAMnews project. It began when a letter written by a man who had been condemned to life in prison ended up in JAMnews’ mailbox. Yuri Sarkisyan has been in prison for 23 years. He wrote to us because he wanted to express himself and believes that it is important for society to hear from those that live ‘on the other side of the walls’. We agreed to cooperate with him, and that’s how this project was born.

Below is the first letter. We expect others to follow.[/su_quote]

The first letter from Yuri Sarkisyan

It’s interesting that the process of turning a regular person into a criminal is entirely under the control of the authorities, who are entirely aware of the consequences of the situation they have created and about those whom they have driven into a corner.

But the interests of the state are always higher than that of the public. So it was, and so it will be. But no one is insured against mistakes, especially when the situation pushes one towards making them.

At some point, these prisons were called ‘correctional-labour institutions’, and they’re bent on causing additional issues for inmates.

Prison guards do all they can to make sure this happens, and put forward as many obstacles as possible on the path of the prisoner and try to prevent him from overcoming them. This not only chips away at his willpower, but provokes unforeseeable reactions. Some bash their heads up against the walls, some can’t handle it and commit suicide or go crazy.

[su_pullquote align=”right”]Prison is a miniature representation of the mechanism of survival of a free man.[/su_pullquote]

Twenty-three years ago I was sentenced to death. Life flew me by in a summersault. There are many such stories: people live, work, reach certain heights… and then plummet down. The fifth floor of the prison is for inmates with a life sentence.

Among the hundred or so so-called killers, one can find examples of numerous social classes, including: farmers, soldiers, students, doctors, bankers, businessmen, politicians and university professors. There are a few maniacs, three terrorists and a few dozen career-criminals.

The kind of punishment: shame, the perspectives: the same. Equality before the law, the bright face of the judges and the willing, unreflecting implementers of the law didn’t give anyone a chance. People hang on to illusory hopes. They fight for these illusions until the end, until their last breath.

Half of those condemned to die by firing squad have already died but not from a bullet. When reality becomes a never-ending, lightless tunnel, people close their eyes. They cannot be content with the natural order of things, and they look to the supernatural.

Rather commonly, one can hear the prison personnel joking about the religiosity of the prisoners, about their interest in classical music and philosophy. Unbeknown to those scoffers, a craving for the sublime and the beautiful is the only way to survive. When you kick the earth out from beneath someone’s feet, they’ll aim for the skies.

Today I am fifty years old. Back then, I was 26. Many have payed similarly. But the punishment is not simply the years spent in prison – it’s the loss of a world in which one used to live. From the window of the prison cell, one can see the star and the skies: they are eternally unchanging. And it would appear that the world has stayed the same. But it’s not so. Second after second, everything disappears into infinity: things are destroyed, people die…

People attract curses to themselves when they become the reason for another’s unhappiness. And he knows why. And he regrets it. He can’t not regret it. The situation isn’t ambiguous at all.

People know everything about prisons and their residents, given that prisons are not meant only to isolate criminals, but to inspire fear in the rest. For that reason, events taking place in prisons are, from time to time, published by the media.

The authorities aren’t afraid of being exposed – they need exposure. But this exposure is delivered in a tricky way. Here’s a good example of how to kill two birds with one stone: fear paralyzes people, and silence is taken for agreement. They also receive justification for their behavior from the rulers, who display the prisoners as wild, inexorable beasts. And with a calm conscience they can live on, not thinking about their responsibility.

Such are the levers used to control the crowd, which in turn makes the crowd an accomplice in the crimes of the state against the individual. The cynicism of the state is not limited to this: the authorities understand that prisoners have supporters on the other side of the unreliable walls and prison guards.

There is not and has not been a more enthusiastic prison guard than a relative. With their truths and non-truths, they [prison guards] prevent their ‘ward’ from decisive actions, binding their [inmates] hands and feet with their own fears. And these ‘walls’ are like tombstones…

In the far-away 1990s, my initial attempts to clarify for myself the reason for these events lead me to believe it was a matter of an unfortunate series of circumstances, that is, I was at the wrong place at the wrong time. And it was only with the passing of time that I realized that there is no such thing as a coincidence, nor is there such a thing as predetermination: everything is in the hands of man himself.

But it was too late. My childhood, adolescence and youth were not any different from other fates brought about by the Soviet government and the communist party.

Thankful for our happy childhood, we were eager to fight and ready to acquire posthumous fame: we didn’t have any alternatives.

But the army tempered our ardor. And then the Soviet Union collapsed. I think neither me nor my friend would have gotten it into our minds to engage in criminal activity had things been just a little bit different… And had the opportunity not simply placed itself in front of us.

As a student of the economics faculty, I worked on the side as a middle-man in small businesses, paving over ditches and erecting bridges. Many didn’t like this: hot heads began to appear and the problems associated with them as well. The organization fell apart and my army friendship came to an end. And then an end to everything else.

One can’t explain nor justify murder. Nor can you run from it. After six months of ordeals in back alleys I was arrested. In 1996 the Supreme Court of Armenia condemned me to death. In 2003, by a decree of the president, my sentence was commuted to a life sentence.

Buried alive, we try to raise the roof of the coffin, and remember that we are alive – and we think of the lives of our families, wives, children and dreams… trying all the while to fix at least some, small something – if we can’t do anything about the outer world, we can at least work on our inner worlds.

Dozens of years surrounded by concrete and human alienation…