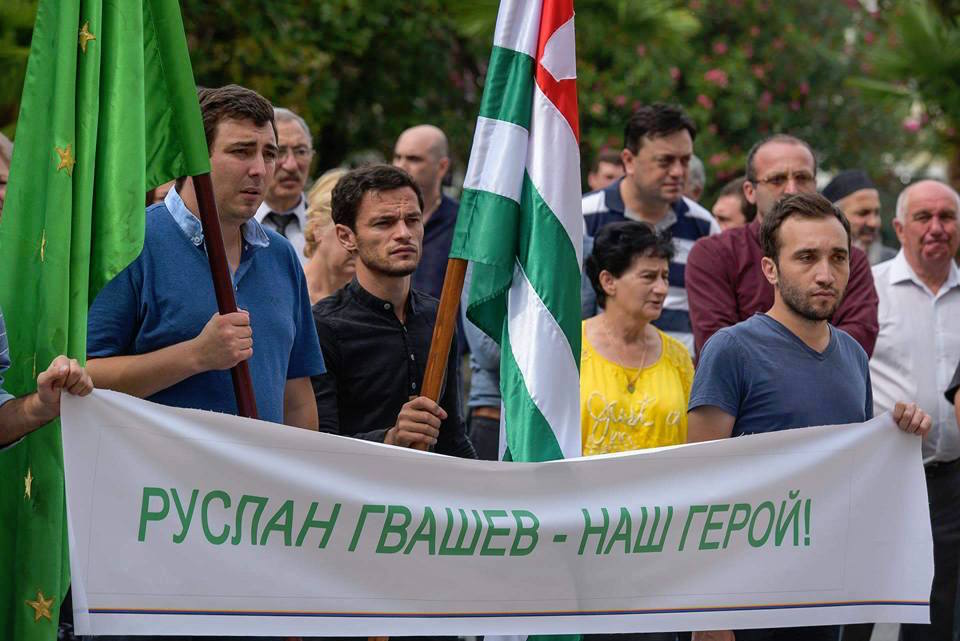 This wild story began in the small village of Golovinka, which is not far from the Russian Black Sea city of Sochi.

The village has a special and very important significance for the Circassians, Adygeans and Shupsugs. Here one can find a plant that is holy for all of them: a tulip tree.

The tree is older than 200 years. It was always considered holy, but after the fall of the Soviet Union it became a symbol of sacrifice of the Caucasian War which took place between 1817-1864 for these nations.

The Caucasian War was a lengthy military operation carried out by the Russian army that resulted in the conquering of the North Caucasus. As a result of the Caucasian War, a majority of Circassians, Adygheas and Abkhaz were forced to leave their homeland and resettle in Turkey. The Ubykh nation almost entirely disappeared as a result of forced migration.

Over the last 20 years, a prayer ceremony has been held by the Tulip Tree every 21 May to commemorate the victims of the Caucasian War. That’s how it was on 21 May of this year as well. But for the first time in history, the authorities were involved.

According to them, the prayer ceremony turned into an unsanctioned demonstration. A police division arrived at the Tulip Tree and chased away not only participants of the prayer ceremony, but also arrested and took away an elder, Ruslan Gvashev, and placed him in detention.

Then, a Lazarevski district court examined the report of the Sochi police and decided to fine Ruslan Gvashev 10 thousand roubles [about USD 175]. As the elder did not obey the police and did not agree to submit to detention, he was also sentenced to an eight-day arrest. True, the court did show some humanity and, considering that Gvashev had a disability, gave him amnesty and let him go home.

But the story didn’t end there – it started there, and took on the characteristics of a real mystery novel.

R uslan Gvashev categorically refused to agree with the decision of the court and stood by his principles. According to Russian legislation, he stated, religious activities cannot be considered demonstrations and one doesn’t need special permission documents to hold them.

At the end of the affair, he announced a hunger strike and in the village of Lazarevski large demonstrations took place in which hundreds of residents of Abkhazia also took part.

On 5 October in Krasnodar which is where the regional court is located, the authorities were supposed to examine Ruslan Gvashev’s appeal as his presence there was mandatory. But Gvashev was already in such a frail condition that many feared he might die at any moment.

A lot of attention was payed to this affair in Abkhazia. Ruslan Gvashev was a participant in the Georgian-Abkhaz war of 1992-1993, fighting for the Abkhaz side and was awarded with the Order of Leon. He has an Abkhaz passport in addition to Russian citizenship. The President of Abkhazia Raul Khadjimba got in contact with Gvashev on several occasions. He sent official representatives, advisor Vladimir Zantaria and the former vice president Valeri Arshb, in order to bring him back to Sukhumi for treatment.

On 5 October, when the situation became critical, an ambulance was sent from Abkhazia which was supposed to transport the weakened elder to Krasnodar. He was loaded into the ambulance and sent off.

But upon leaving Sochi, the ‘ambulance’ was stopped by a group of military individuals in civil clothing. For several hours, they tried to convince Gvashev to get out of the vehicle and to go to the hospital with them. All the automobiles that were accompanying the Circassian elder to Krasnodar were stopped and had their documents checked. 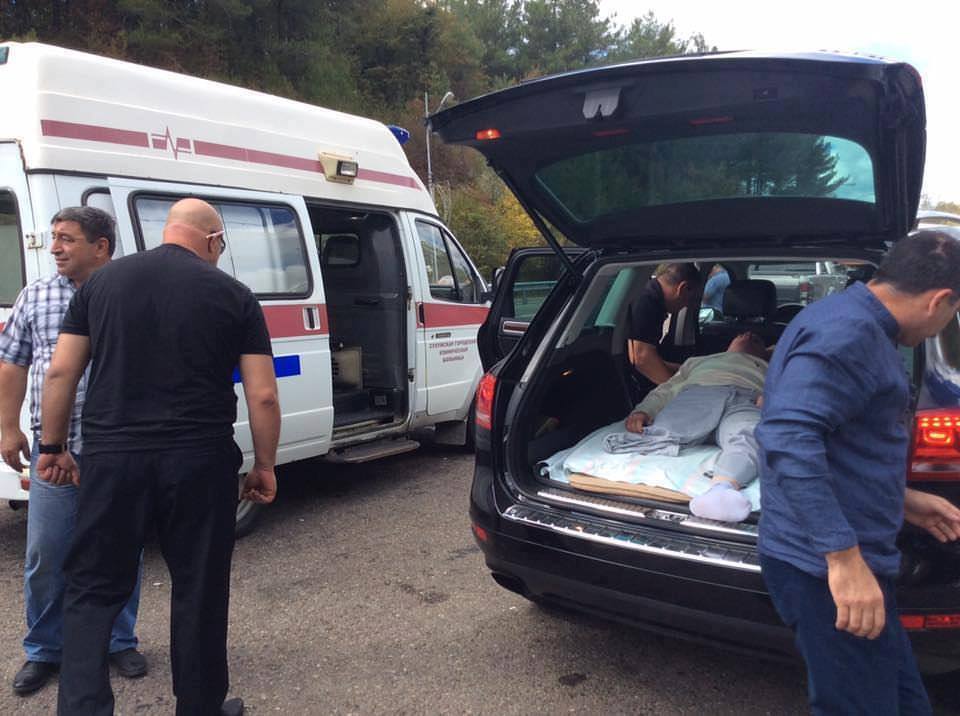 At the time, in Krasnodar, a crowd of several hundred Circassian and Abkhaz activists who had come to support Ruslan Gvashev gathered by the courthouse.

The situation was diffused when the court announced that it would postpone the 16 October hearing. There, in the ‘ambulance’, Gvashev’s close ones convinced him to stop his hunger strike which had continued for 23 days.

Ruslan Gvashev will most likely await the trial and recover his health in Abkhazia, to where he has been invited by President Raul Khajimba. In recent days, Gvashev has been unable to get up from bed, practically unable to speak. Doctors have diagnosed him as having had a stroke.

But now, the fight between the elder and the court is no longer his affair alone. The story has turned into a wide-reaching political demonstration which has significantly reached out across the borders of the Krasnodar region. Demonstrations in support of Gvashev have taken place in Abkhazia and Turkey.

During his hunger strike, many groups came to his home who were sympathetic to Circasians, Adygheans and the Abkhaz. A video address of solidarity with Gvashev and his struggle in upholding historical memory was released by a well-known Russian TV anchor and member of the Public Chamber under the President of Russia Maksim Shevchenko. 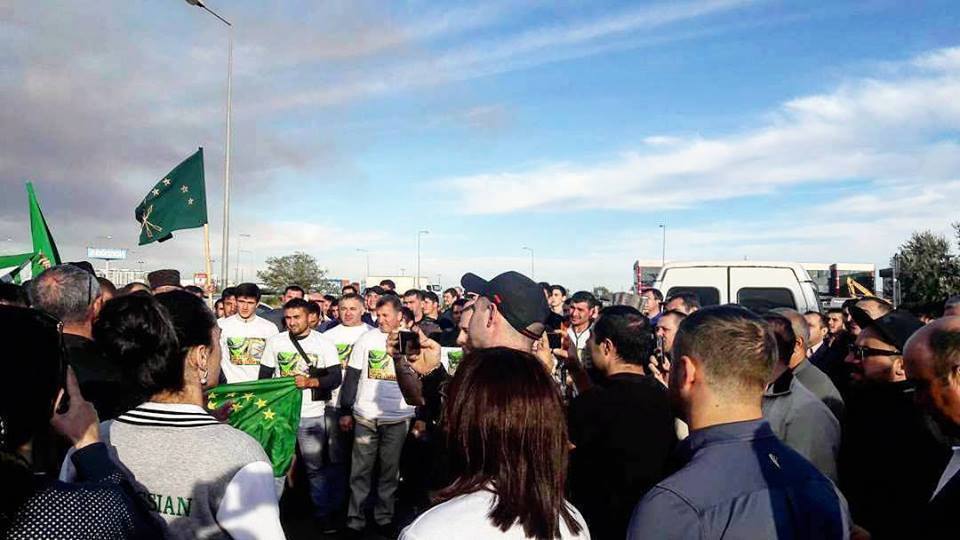 In Abkhazia, the story of Ruslan Gvashev has touched the public’s hearts. A public organization has been created to help him. It’s leader, political scientist David Dasania has publicly stated that if Gvashev dies, he will renounce his Russian passport and has called upon other Adygheans to do the same.

In all these communities, Ruslan Gvashev is thought of as a victor against the system. The story, which began as an ordinary administrative affair, has become a big political demonstration in several communities in the North Caucasus and in Abkhazia.

Toponyms and terminology used by the author, as well as views, opinions and strategies expressed by them are theirs alone and do not necessarily reflect the views and opinions of JAMnews or any employees thereof

Vinyl records from the Dry Bridge in Tbilisi, or Farewell to Soviet Georgia

Putin: ‘If Armenia refuses to comply with the Karabakh agreement, that would be suicide’