The new year promises to be full of interesting events. Azerbaijan and its South Caucasian neighbors are preparing to celebrate the centennial of their first independent republics, and it’s also the year of presidential elections.

What’s been memorable in Azerbaijan over the past year?

1. The appointment of Merhiban Aliyeva as the first Vice President of Azerbaijan 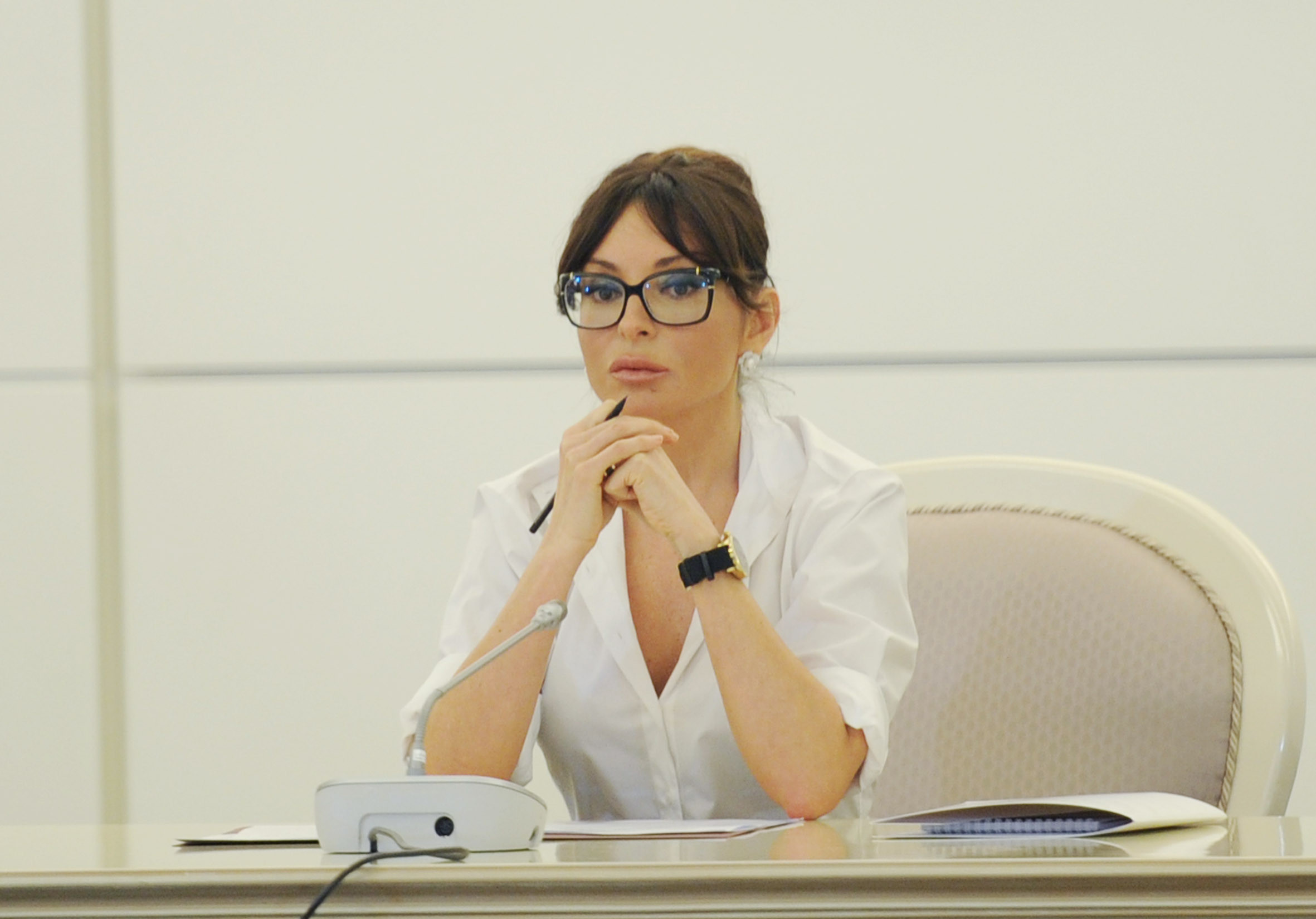 Establishing the position of Vice President of Azerbaijan was one of the most important amendments to the republic’s constitution in 2016. In accordance with the amendment, should the president be unable to fulfill his/her duties the position of the Head of State won’t pass to the Prime Minister as it did before, but to the Vice President instead.

First Lady Mehriban Aliyeva’s appointment to this position came as no surprise. Naturally, the opposition declared that this was strengthening the family’s power and held rallies with slogans like ‘no monarchy’, but as for life in general, there were no major changes.

It’s too early to talk about Mehriban Aliyeva as an independent political figure though. However, she has successfully formed her team with a backbone of young officials who have a good education and mainly deal with humanitarian issues.

Presidential elections will be held in Azerbaijan in October 2018. Curiously enough, even before official campaigns have begun there have already been proposals to nominate the Vice President as the ruling party’s candidate. These proposals are coming from deputies loyal to the authorities and public figures. The President’s administration has not commented on the possibility of nominating Mehriban Aliyeva as a presidential candidate. 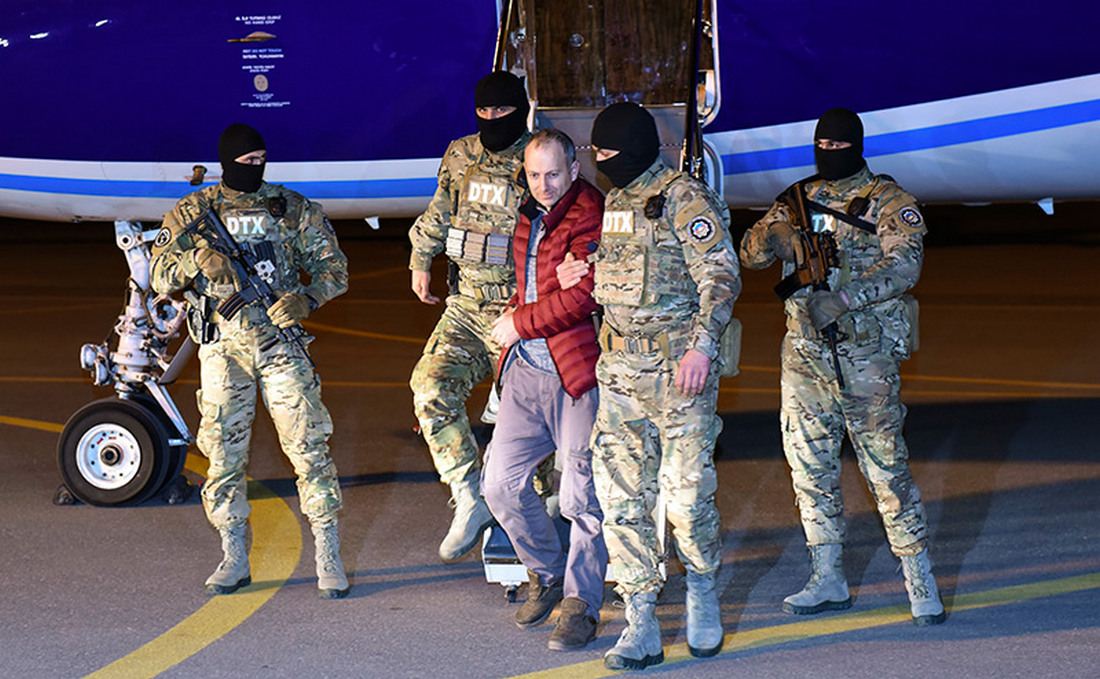 Well-known blogger and citizen of Russia, Israel and Ukraine, Alexander Lapshin’s arrest in Belarus and subsequent extradition held the internet community’s attention not only in Azerbaijan but in other countries as well. The ‘impudent blogger’ not only crossed the border illegally to visit Nagorno-Karabakh but also boasted about it openly. He managed to return to Azerbaijan again despite being placed on the ‘black list of undesirable persons’ and promised to continue with the same spirit. Lapshin’s punishment was generally characteristic of a sort of ‘PR stunt’ for anyone who wanted to bamboozle Azerbaijani border guards and then be blatantly proud of it.

Lapshin was brought to Baku from Minsk where he was greeted by state security service operatives wearing black masks, almost as if he was a dangerous terrorist. At first he was threatened with 6.5 years imprisonment, but he pleaded guilty at the trial, apologized, and received a sentence of 3 years.

President Aliyev pardoned the blogger on 11 September but the matter didn’t end there. When he arrived in Israel a week later, Lapshin said that while in prison, people in masks tried to strangle him. The Azerbaijani authorities, through presidential aide Ali Hasanov claimed that Lapshin tried to commit suicide in his cell but a guard rescued him in time.

Now the blogger is alive and well and actively continues to travel the world. Periodically however, he publishes memoirs about how he was nearly killed in an Azerbaijani prison.

3. The kidnapping and arrest of journalist Afgan Mukhtarli 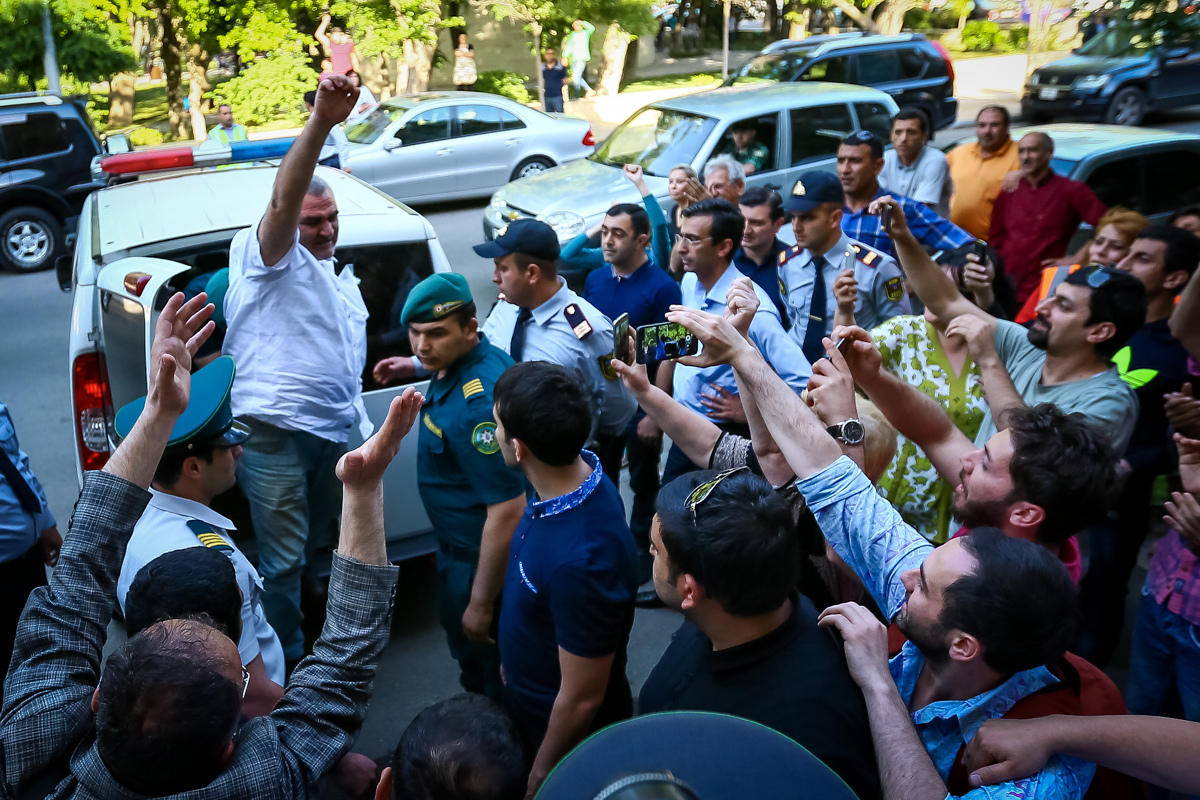 The human rights situation in Azerbaijan continues to be severe. Over 100 people, including opposition leaders and media representatives, have been recognized by local and international organizations as political prisoners. Several independent and opposition websites were also blocked during spring.

The case of Afgan Mukhtarli is a prime example of this tense situation. He went to live in Georgia in 2014 and received temporary asylum there. He disappeared in Tbilisi on 30 May 2017.

Later on he stated that unknown people put a black bag over his head, forced him into a car and took him to Baku. The journalist is accused of illegally crossing the border, smuggling, and resisting border guards.

Mukhtarli’s case has caused widespread reactions in both Azerbaijan and Georgia as well as beyond the Caucasus. The journalist has denied all charges against him at his trial.

4. The death of a two-year-old girl in the Karabakh conflict zone 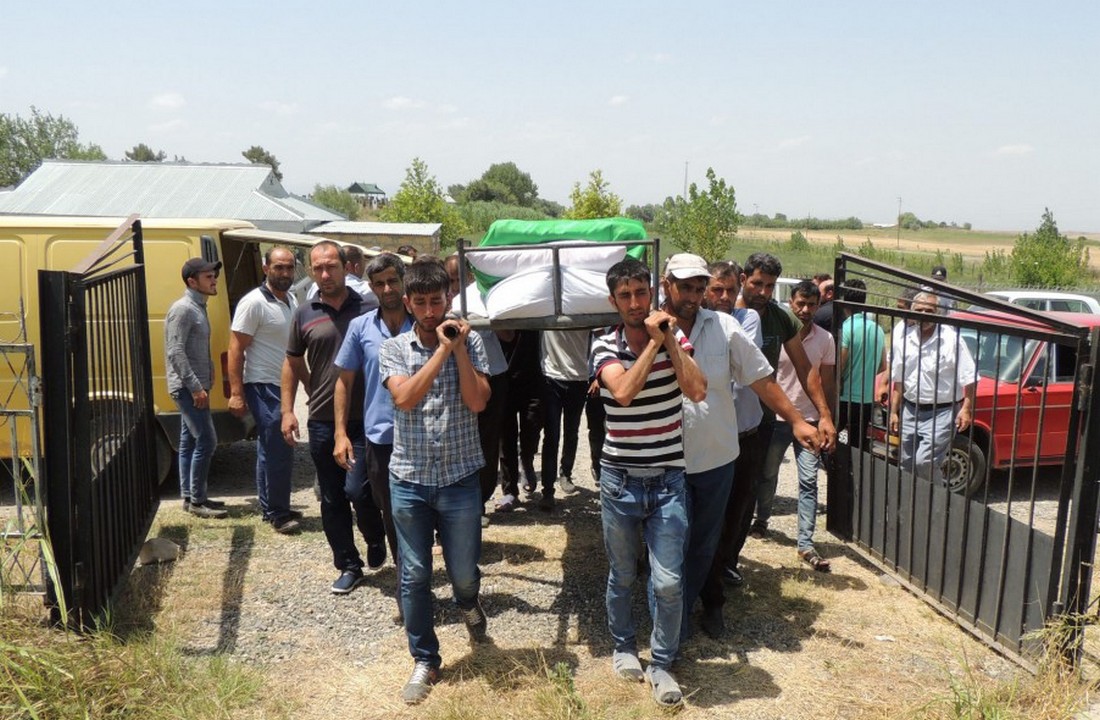 A year after the ‘Four Day War’ in April 2016, the situation in the Karabakh conflict zone has remained tense. The press offices on both sides reported daily enemy fire and information has been received nearly every week about deaths of soldiers or civilians in the conflict zone.

Azerbaijani society was shocked by the death of two-year-old Zakhra Guliyeva and her grandmother Sahhiba Guliyeva who died from an artillery shell that exploded 10 meters from their house in the village of Alkhanli in the Fizuli region. Another woman was injured but survived.

This incident caused strong reactions in Azerbaijan. People began demanding revenge for the girl’s death. The outrage was supported by many media outlets and websites which published a photo of the girl’s bloodied face.

By the end of the year, the situation at the front calmed down a bit, evidently due to facilitation through a meeting of the Presidents of Azerbaijan and Armenia in Geneva and the resulting contact between their foreign ministers.

5. Opening of the Baku-Tbilisi-Kars railway 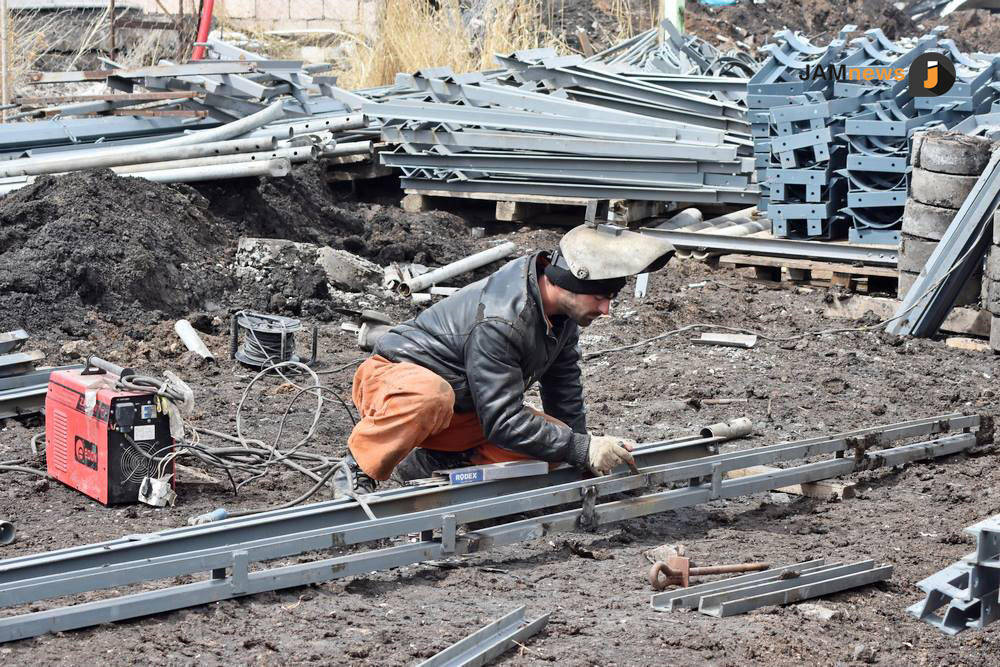 The long-awaited opening of the Baku-Tbilisi-Kars railway took place on 30 October in Baku.

Construction of the railway took more than 10 years with a total cost exceeding USD 600 million. The opening had repeatedly been postponed for various political and economic reasons. Some even compared the Baku-Kars project to the famous long-term Soviet construction, the Baikal-Amur railway. The leaders of four countries (Azerbaijan, Georgia, Turkey, and Kazakhstan) officially gave the green light for the first train on the railway which arrived in the Turkish city of Kars 21 hours after it departed Baku.

Although two months have passed since the official opening ceremony it is still unknown when passenger trains will begin along this route.

There’s still one more event that can’t be overlooked – the successful performance of the Azerbaijani football club Karabakh in the Champions League of Europe.

The club from the South Caucasus was able to break into the group stage of the most prestigious football tournament in Europe for the first time. Karabakh managed two draws in a battle against England, Italy and Spain, which can be considered an outstanding result for their debut.

It’s also rather impressive that the Baku Olympic Stadium, with a capacity of 65 000, was sold-out for each of Karabakh’s home games.