Armenikum hospital for HIV/AIDS patients may shut down in Armenia

The future Armenia’s Armenikum medication, which has made a sensational appearance and promised a revolution in the pharmaceutical world, has lately come under question as the same-name clinical hospital where the given medicine is used may be closed. The issue is currently being discussed by the Armenian Public Council’s Healthcare and Social Affairs Committee. The Armenikum clinical center apparently will not get state funding in 2018.

Developed in 1998, the Armenikum drug has been introduced as a means of treating HIV/AIDS, though its efficiency has been questioned by many. 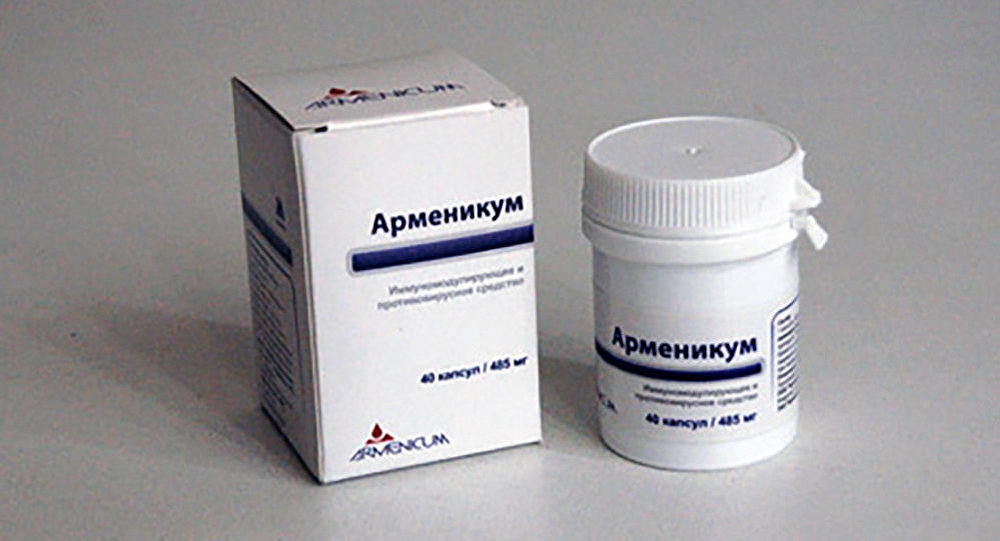 Armenikum is produced in various forms, including tablets, solutions for injection and ointments. All the products are available at Armenian pharmacies, but as there is no official clear-cut position regarding the effectiveness of this medication, nor has it been actively prescribed or used.

According to Violetta Sargsyan, head of the Armenikum Centre’s Clinical Service, the effectiveness of the given medication has been manifested not only in an improved quality of life for HIV patients and alleviation of symptoms of the disease, but also in the treatment of a number of diseases accompanied by immune system problems.

She noted that this remedy has an obvious positive effect in the treatment of systemic lupus erythematosus (SLE), viral hepatitis C, burns caused by radiation therapy and pressure ulcers (bedsores). According to Levon Gevorgyan, General Director of the Armenikum Clinical Centre, the medication also made it possible to cure patients infected with the H1N1 flu virus (swine flu).

As Violetta Sargsyan pointed out in a recent interview, Armenikum has met all expectations. Based on the results of clinical trials, the medicine is used for the treatment of individuals diagnosed with HIV/AIDS:

“Although there were certain difficulties when conducting clinical trials (especially those that meet international standards) in a less developed country like Armenia, we still managed to conduct the trials, as a result of which the medication has finally been registered.

The Armenikum Clinical Centre’s administration explained to skeptics that when it comes to the effectiveness of the medication, they should keep in mind that ‘cure’ and ‘recovery’ concepts are inapplicable in the cases of certain diseases including the HIV virus. However, any improvement in a HIV patient’s immune system and quality of life, as well as remission of the accompanying diseases, can be regarded as an achievement.

The Armenian media frequently publish unofficial reports and comments saying that pharmaceutical mafia is allegedly fighting against the worldwide spread of the Armenikum medicine.

What does responsible gambling mean?