In July 2019, the Prime Minister of Armenia secretly ordered the salaries of ministers, deputy ministers and senior secretaries of the ministries to be raised.

Information about this appeared on the website of the online newspaper Hetq.

The administration of PM Nikol Pashinyan says they have already commented on the situation and stated that all “the processes were secret, therefore, this information is not subject to disclosure”.

To verify the information about PM Nikol Pashinyan’s secret raise, Hetq sent written inquiries to some ministries about the number of employees and the salary fund from May to August.

It turned out that the Minister of Emergency Situations Felix Tsolakyan and the Minister of the Environment Eric Grigoryan received 6 million drams (about $12,630) over four months.

That is, their monthly salaries amounted to 1.5 million drams (approximately $3,157).

Thus, the publication found that without amending the law on remuneration, by secret decision of the Prime Minister, the salary of ministers had doubled.

This also applies to the salaries of deputy ministers. 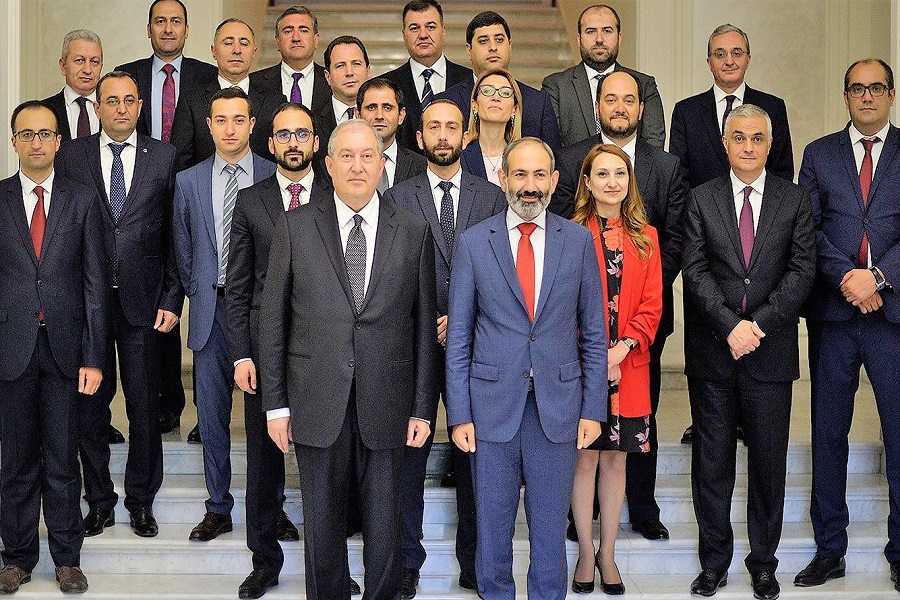 Comments from the PM’s administration

The situation concerning the pay raise has has already been commented on by the Prime Minister’s administration.

The acting head of the public relations department of the administration, Prime Minister Armen Khachatryan stated:

“We consider it necessary to note that these … officials provide information on income, expenses and property, which implies: this process was completely transparent.”

Political scientists and politicians sound off

“For one year, the unprofessional ministers of Pashinyan have not carried out such a volume of work for which they need to be paid 1,500,000 drams … Why did the salaries increase, what kind of professional personnel were included in the government, who … put their skills into the state system  management?”

“The most heinous thing in Pashinyan’s act is that all this was done secretly.  What accountability can be spoken of here? What open and transparent work style is there to speak of? Compared to their predecessors, they are doing everything in a much more impudent manner.”

“In fact, Nikol Pashinyan is guided not by transparency and full responsibility to society, but by political expediency and his political plans.  That is, priority is not given to his declared values ​​and approaches, but to what best suits the interests of Pashinyan’s political team.”

The head of the Prosperous Armenia parliamentary faction, oligarch Gagik Tsarukyan, stated that raising ministers’ salaries secretly from the people was an unacceptable step:

“If people see that such and such a minister is doing their job well, they feel the results of their work in their daily lives, and they can increase it by 10 times.  But to do it secretly is insulting both for deputies and for the people.  The word ‘secret’ after the revolution is unacceptable for us”, said Gagik Tsarukyan.

Armenian Facebook users are avidly discussing the news – here are some of their comments:

“Please tell me how many years it will take older people who receive a pension to receive the amount of the monthly salary of one so-called minister? Or how about teachers? If you divide one minister’s salary by a teacher’s salary, how much will it be?”

“Let them also check how premiums were paid to the Ministry of Economy during the period From May-September!  There is a group of privileged people who receive bonuses more than their salary!”

“It’s a shame that they did it secretly.  After all, this was not a matter of state security.  Such things should be public, because we changed the last government because of this behavior.  People need to know how budget money is Being spent.”

“If in the end it turns out that this is all true, then it will be a terrible shame!  We fought for a transparent and honest government.”