Armenia commemorates the victims of Armenian genocide in the Ottoman Empire

A continuous flow of people has been heading to the ‘Memorial Complex of the Victims of Armenian Genocide in the Ottoman Empire’, located on Tsitsernakaberd hill in Yerevan, for two days already. People bring flowers to the eternal fire, thus commemorating the 1.5 million victims of the terrible tragedy which took place early in the 20th century.

As Armenian President Serzh Sargsyan pointed out in his address on the Commemoration Day for the Victims of the Armenian Genocide, ‘the massacre, carried out under the disguise of deportations, was a state plan of the Ottoman Empire’. 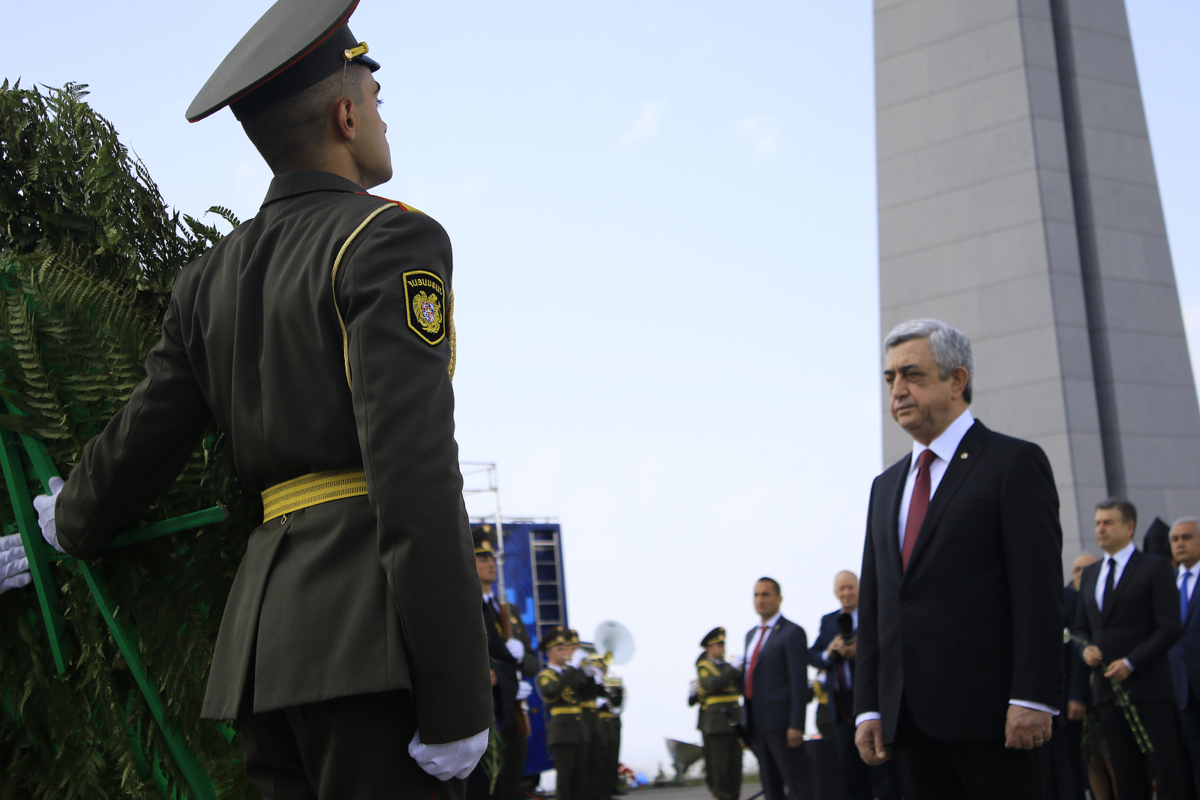 In the Armenian President’s words, “The material, cultural, and political losses of the Armenian nation are immeasurable. However, the greatest loss was the people, the bearers of an ancient, rich and unique civilization.”

“Over a century has passed following that gruesome day in 1915. We know what we have gone through in this period of time, and we know that we have defeated death. We will not allow a new genocide, never again!” claimed Serzh Sargsyan. 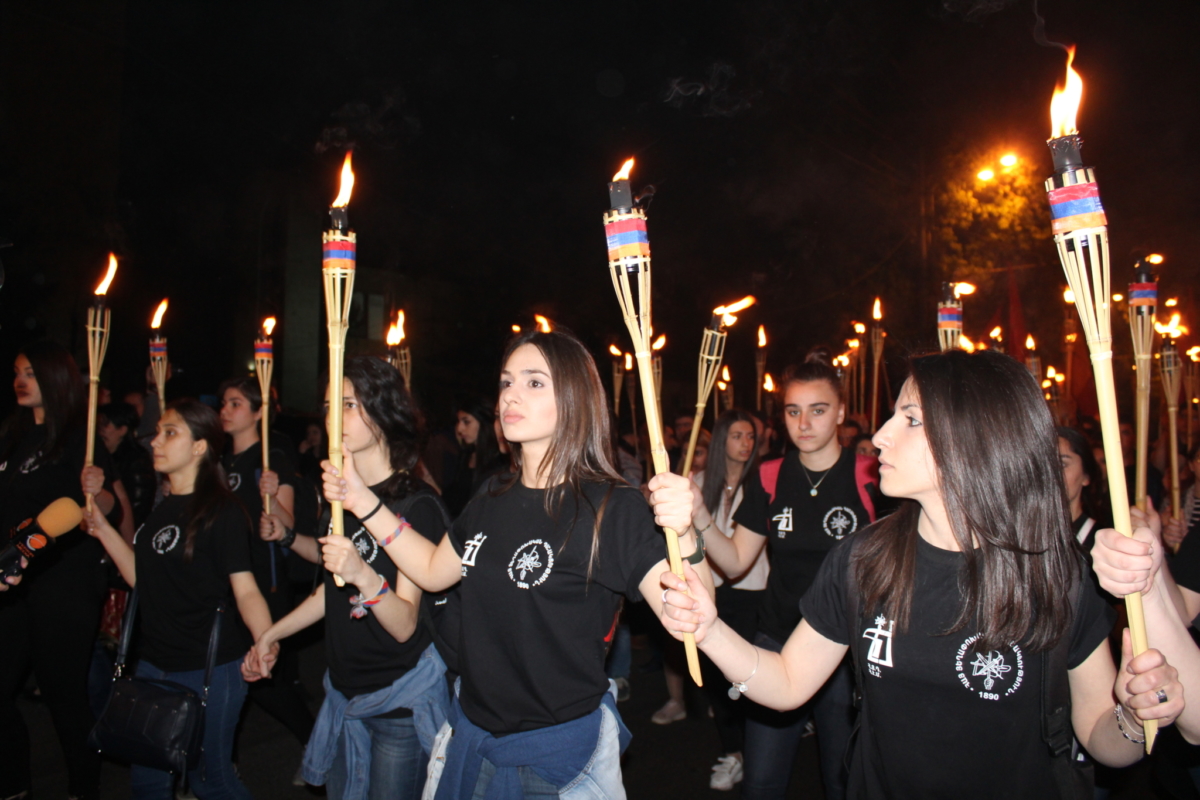 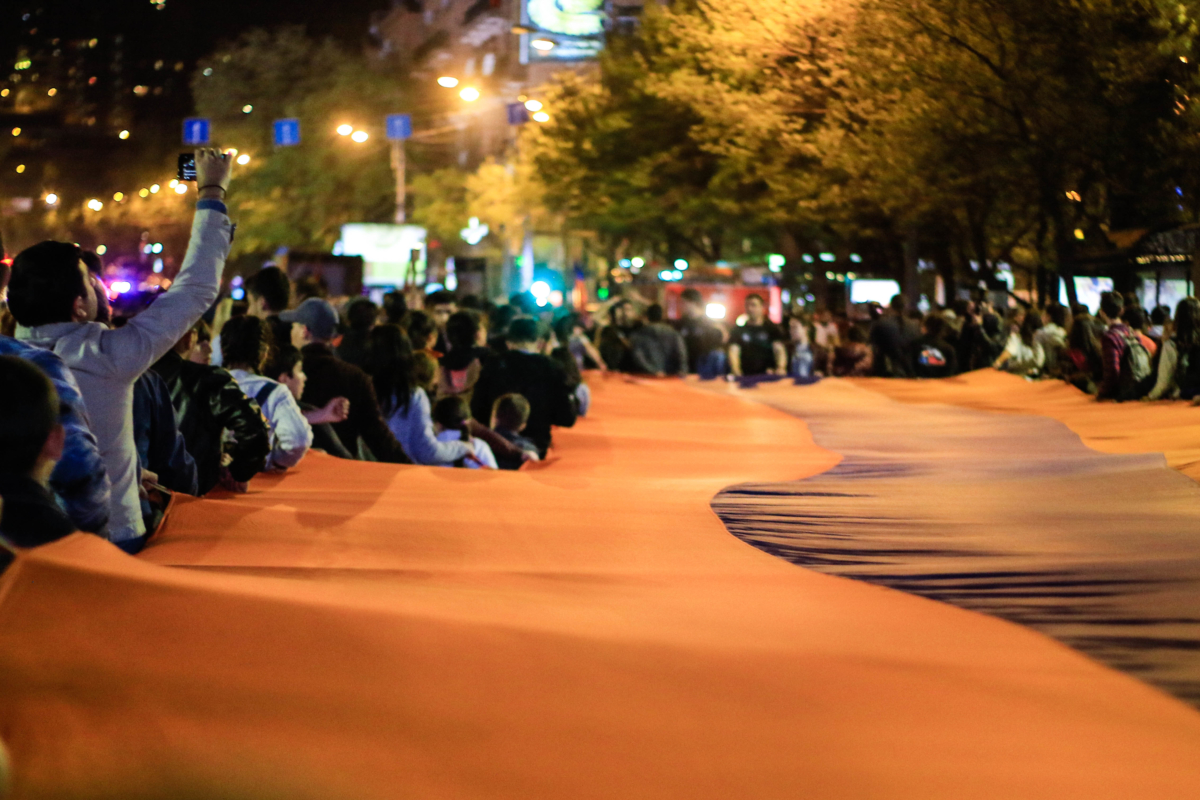 The annual torch march, organized by the youth wing of the ARF Dashnaktsutyun party, was held in Yerevan. The march started, as per tradition, with burning the Turkish flag.

24 April is commonly regarded as the commemoration day for the victims of the Armenian genocide. More than 800 representatives of the Armenian intelligentsia were first arrested and then executed in Istanbul on this day in 1915. It was followed by a massacre and the deportation of ethnic Armenians that claimed the lives of 1.5 million people.

The Armenian genocide was recognized and condemned by influential international organizations, including the Council of Europe, the European Parliament and the World Council of Churches. Among the countries that have recognized the Armenian genocide are Canada, Argentina, Switzerland, Austria, Italy, Russia, Belgium, France, Poland, Slovakia, the Netherlands, Uruguay, Greece, Cyprus, Vatican, Germany, Lebanon and 48 U.S. states.

Armenia continuously calls for the world countries’ recognition of the 1915 Armenian genocide. Meanwhile, Turkey refuses to recognize this fact, struggling against the use of the term ‘genocide’ and insisting that people had been killed in hostilities and clashes during WWI. 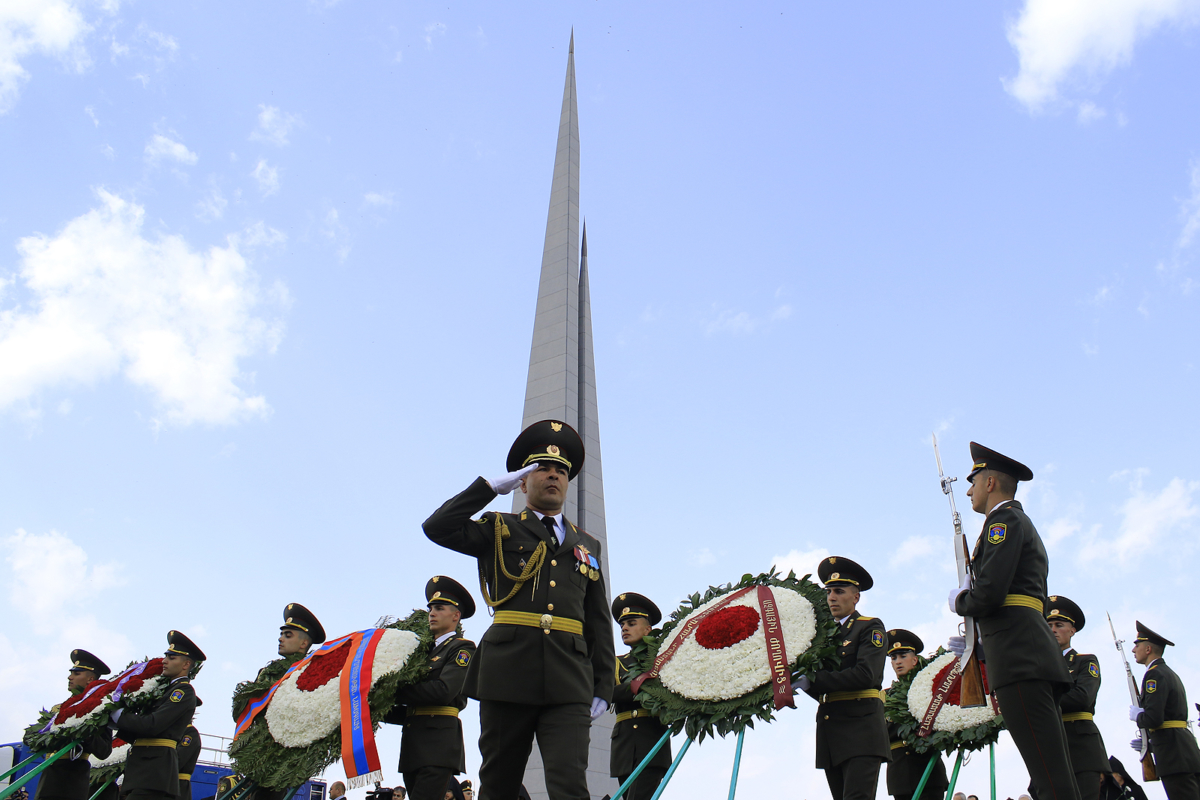 The 100th anniversary of the Armenian genocide was evident on a large scale in Armenia in 2015. 1.5 million massacred Armenians were canonized as saints at the Holy First-Throne, Echmiadzin Cathedral. Pope Francis of the Roman Catholic Church termed the 1915 developments as ‘the first genocide of the 20th century’. The European Parliament, in turn, called on Turkey to use the centenary of the Armenian genocide as an opportunity for reconciliation and recognition of the genocide.

Armenian experts believe that the 100th anniversary of the Armenian genocide and Pope Francis’s statement have become crucial points in the continuous campaign for genocide recognition.

According to Suren Manukyan, Deputy Director of the Armenian Genocide Museum-Institute, more diplomatic efforts are required to ensure genocide recognition. “After the events, dedicated to the centenary anniversary of the Armenian genocide, ‘the torch was passed’ to the embassies, that will be working daily with politicians, public and mass media in their countries, having a pretty good starting position at hand.’

To date, Armenian-Turkish relations are frozen and the border between the two countries is closed. There are no diplomatic relations and economic ties between the countries. Turkey continuously denies the fact of the Armenian genocide in the Ottoman Empire, whereas its citizens, who try to raise this issue, are persecuted by law.